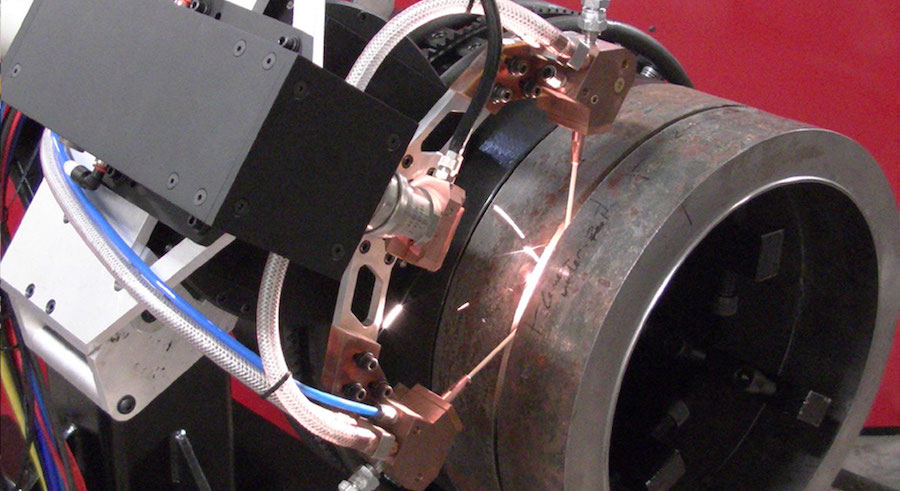 SFL: What types of laser welding applications will Lincoln Electric focus on in 2022?

Smith: We see laser welding as an area of great growth, and we’re going to focus on three areas in 2022. The first is aluminum and, more specifically, aluminum applications that require wire being added into the process. Any time you’re looking at a 6000 series aluminum, which is what we see in automotive for electric vehicle (EV) battery trays, it requires a filler material to alloy it and avoid cracking. We have three laser processes we can throw at that.

We can use cold wire feed, hot wire feed or we can use hybrid laser welding, which is a combination of laser and MIG welding working together. Some of these battery trays have 80 ft. of weld in them. Some of them need a water-cooling system, so the welding has to be leak-proof. That’s a lot of welding, and if you can weld 120 ipm instead of 40 ipm and put in less heat than an arc pass would, it’s a double positive. It’s faster and is going to cause less distortion.

To use MIG welding to join these trays requires a large amount of weld cells. People also look at cold metal transfer as a means, but there are productivity issues related to travel speed. People are starting to gravitate toward laser welding for the travel speeds and reduced heat input.

The second area that we’re focusing on is heavy fabrication. Historically, a lot of these applications have been submerged arc or multi-pass arc welded, but with the laser power available now and our hybrid laser welding process, we can now weld thick sections in a single pass. In doing so, it eliminates a lot of joint preparation time and potential post-weld time due to the lack of distortion.

The third area is cladding or overlay. We are developing a cell based around our laser hotwire cladding. For parts that wear regularly, you’re going to want to protect those with a stronger, more wear-resistant or corrosion-resistant material. This is especially true with steel prices being so high. Laser hotwire cladding really provides the most usage out of the filler material without disturbing as much of the base material as traditional cladding.

SFL: Is Lincoln Electric (and the industry in general) seeing a rise in laser welding for small and medium-sized businesses or is it primarily still being leveraged by large manufacturers?

Smith: The larger manufacturers are currently the lion’s share of laser system purchasers. But, we are seeing small to medium-sized businesses gaining traction in laser processing because of the decreased cost of lasers. The price has come down every year since as long as I’ve worked in lasers. They are becoming more of an option and are being priced out to appeal to shops of all sizes from the get go.

Laser sales are expected to grow 6 to 8 percent over the next five years. And the average cost per kilowatt is going to drop by about the same percentage. On top of that, cheaper lasers are making their way into the North American market and they are about half the cost per kilowatt of the major players’ lasers. These lasers may not be as robust or function as well, but the cost point is hard to compete with, especially for a mom-and-pop shop. Buying a laser at half the price makes it much more realistic for them.

I want to emphasize that what we really focus on is providing the right laser for the application. If it’s a large spot operation like cladding, we’re going to lean more toward a direct-diode laser, which is a better solution with a lower cost alternative. And, if the job can be done with a pulsed laser – a 10 percent duty cycle quasi continuous wave laser – it lowers the price substantially.

And the cost of some of these lower power lasers, say in the 1-kW range, is not that far from the cost of a our more advanced arc welding power sources. That laser is not going to do everything that our PowerWave machines can do, but if you’re doing that one application over and over, the lower cost laser might be the better choice.

SFL: What does Lincoln Electric see in regard to the cost of entry for laser welding as well as the ease of use?

Smith: The ease of use is getting better. The motion systems, more specifically the robots, are coming around as far the lasers being integrated into their platforms. Things like offline programming now have laser-specific protocols in them. Basically, it makes the integration seamless.

The more that type of advancement happens, the more likely that people will feel comfortable going with laser technology. It’s tough to get that first laser into somebody’s shop. If we can say that it programs just the same as your MIG welding robot that you’ve been using for years and everything else is effectively the same, that builds confidence in potential customers that they already know how to program it. That is huge.

Regarding cost, almost every system that we sell is a Class 1 system enclosure, which is light tight and there is a cost component to that. We’ve tried to standardize several system sizes in order to keep the cost down as much as we can. Adding more sheet metal to a system is going to add costs, but our goal is to minimize the cost difference between an arc welding enclosure and laser welding enclosure. If we can keep those platforms as close together in construction as possible then we’re going to keep the costs down on the laser enclosures.

SFL: In terms of adoption, are there any misconceptions about laser welding that keep fabricators from investing in the technology?

Smith: There are a number of misconceptions about laser welding, but here are a couple. The first is cost. Historically, laser systems started at $1 million and went up from there. Today, we see systems far below that cost. And today’s laser systems are not one size fits all. You can buy a fiber laser and it is going to do almost everything you need, but you may not necessarily need constant wattage or a very focused spot size. As I said, we’re going to help you pick the right laser for the application. Tailoring the laser around the part is something that we try to focus on to keep bringing that cost down more and more.

Another misconception is that laser welding is going to always be more expensive than arc-based welding. In many cases, we’ve seen that the reduced need for joint preparation, mostly beveling, can far offset the laser versus arc cost discussion.

For example, we had a system originally quoted as an arc welding system that included 5-axis machining centers in order to prep the joints. The weld was difficult to make and not very repeatable. Once we decided to look at hybrid laser welding, we were able to use a bandsaw to create a square butt joint; a laser’s best friend. Ultimately switching to laser welding reduced the number of weld cells and eliminated all of the machining centers. It brought the cost of the system down substantially and still improved throughput.

One thing I stress when talking to customers is to not try and force a laser into an arc welding situation. Lasers have their strengths and weaknesses. You don’t necessarily want a laser doing multi-pass welding or creating large fillets.  You want to get it done in one pass and drive penetration where you can.

If you’re looking at laser welding, first take a look at your parts and what it will cost over the years to join them. Take advantage of what a laser can do, and you’ll have a great case for making the leap; that’s my advice. 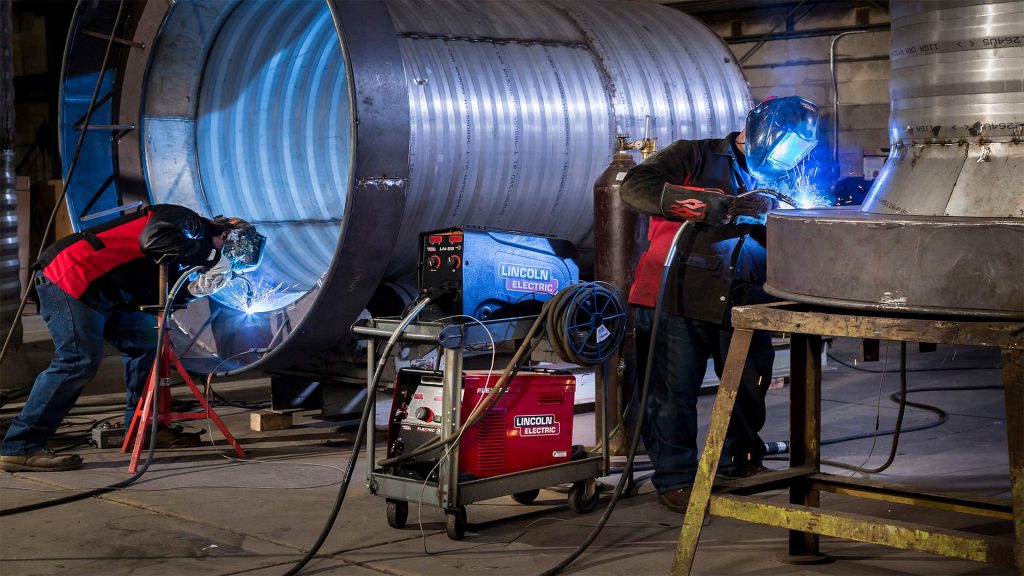