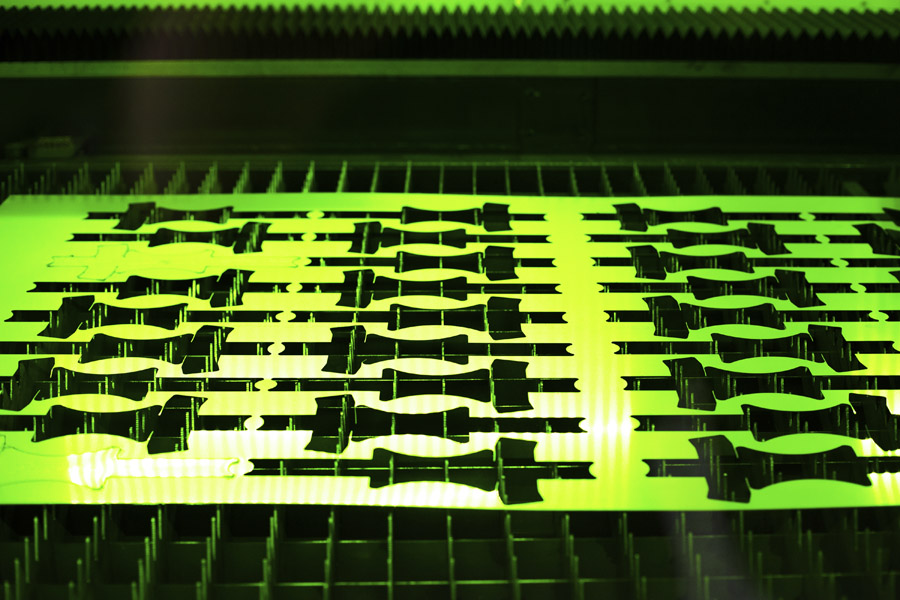 The latest advancements in manufacturing technology are appealing, perhaps even awe-inspiring. But, those new technologies haven’t always ushered in the efficient, cost-effective solutions that early adopters expected.

That was the case with laser technology years – even decades – ago. Today, however, job shops are getting what they hoped for and they’re provided a chance to be laser greenhorns. They’re finding they can replace their old equipment with laser cutting machines that can provide the return on investment they need.

To discover the motivations behind today’s laser cutter adopters, Shop Floor Lasers spoke with a handful of first-time laser users. They expressed the need to replace outdated and hard-to-maintain equipment and a desire to improve cut quality and streamline processes. Equally importantly, they shared a goal of diversifying their capabilities to be competitive today and in the future. 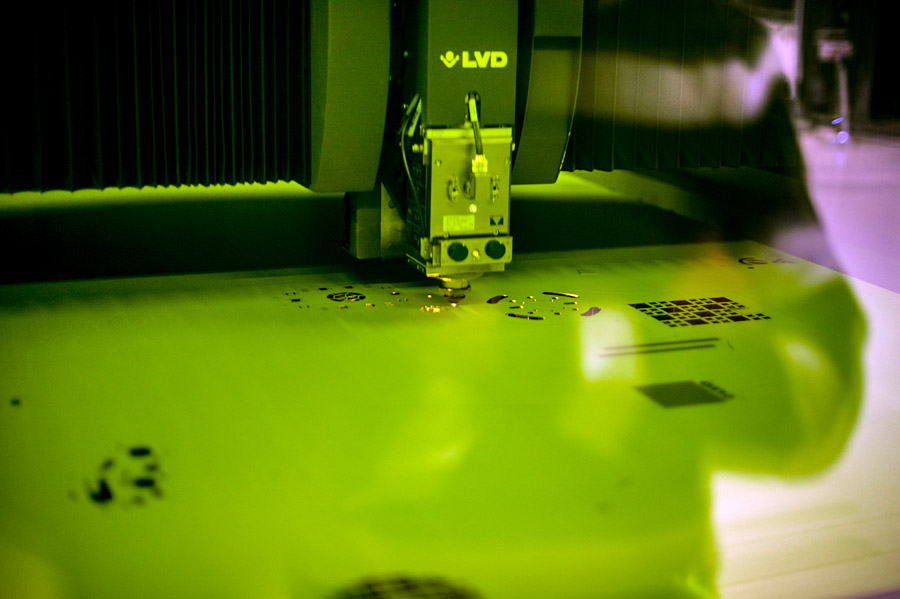 Manufacturers new to laser cutting technology benefit in their newfound capabilities, which include faster and better quality cuts as well as versatility that allows them to make more diverse products.

Ushering in a new era

Karl Kondolf’s company is a perfect example of an organization that serves a niche market. Eagle Pneumatic Inc., based in Lakeland, Fla., produces pneumatic tube systems, like the kind you’re most likely to see at a bank drive-through. The pressure-vacuum systems that the company makes have been around for a long time, and it’s still a viable product line today.

“There’s always a need to send something from point A to point B,” Kondolf says.

Eagle Pneumatic is currently using two stamping machines in its production line – a Strippit 100R and a 2010 Trumpf. The option to sell these machines and upgrade to something newer wasn’t a viable option given their age, so Kondolf began to seriously consider bringing in laser technology.

This wasn’t the first time he considered bringing lasers into his shop. Fifteen years ago, he considered laser cutting machines, but says that it was a time when such technology was cost prohibitive.

“Economic conditions are turning around,” Kondolf says of what prompted him to consider lasers again recently. “Our machines are becoming difficult to service and the laser technology gives us the manufacturing capabilities that we haven’t had before.”

Kondolf says if they produce a part with an odd shape, they have to nib or punch it. With a laser cutter, however, they won’t require any special tooling. Furthermore, the advanced technology should provide the company with faster production rates, quicker turnaround and better quality.

“The quality of the pieces that were acceptable 35 years ago with punching and nibbling,” Kondolf says, “is not acceptable now for some of our customers.”

In his search, he looked at some of the major laser cutter manufacturers, asked questions, received quotes, and attended trade shows and laser seminars.

Eagle Pneumatic has had a long-standing relationship with Strippit, which is the brand of their oldest piece of equipment in the shop. Kondolf says the machine manufacturer is reliable and offers excellent technical support, so he ordered the LVD Strippit Lynx FL 3015, a fiber laser with a fast machine rating – about three times as quick as a CO2 laser.

The FL 3015 is built to process traditional sheet metal materials and is equipped with an automatic pallet changer. LVD Strippit positions the Lynx as the “perfect entry into fiber laser technology.”

Since deciding on the FL 3015, Eagle has been making test cuts and is preparing to put it in the production line alongside the older equipment.

“It’s a new technology for us and there will be a learning curve,” Kondolf says. “I don’t, however, think we’ll have any problems in the long run. In six or eight months’ time, we’ll be fine.” 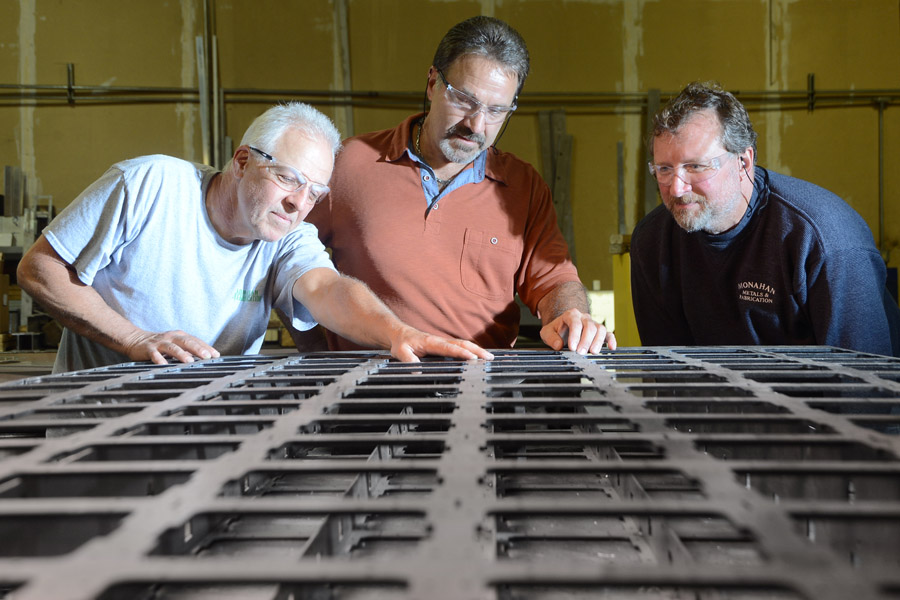 The plasma and plasma punch were the two major pieces of equipment at CEI Equipment, a Cedar Rapids, Iowa-based company that produces feed transportation equipment, including trailers and bodies. Dan McDowell, director of engineering and part owner, says the machines were old and increasingly difficult to service, prompting them to consider lasers.

“We looked at plasma punches, waterjets and fiber lasers,” McDowell recalls of their search roughly a year ago.

They wanted speed and precision, primarily, McDowell says. They also wanted a machine that could work with advanced software, allowing for efficient cutting patterns and varieties of hierarchy. McDowell says they were at first keen on waterjet technology, but found fiber lasers easier to manage and maintain.

“The benefits for the waterjet didn’t come through,” he says, adding that the ongoing cost of maintaining the waterjet machine made it less appealing. “The fiber laser machine was a better fit.” 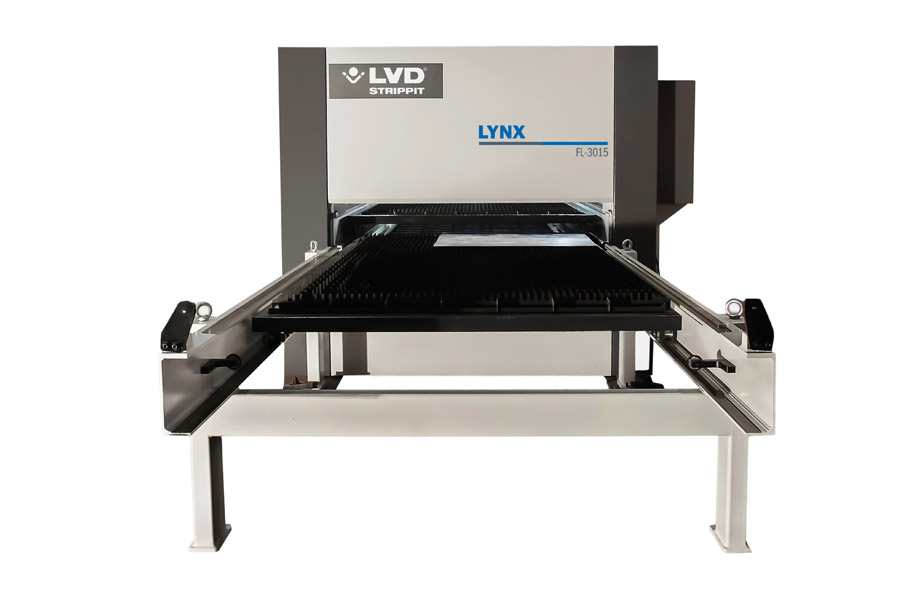 Eagle Pneumatic’s entry into laser production began with the LVD Strippit Lynx FL 3015 – a machine that offered the speed and quality cuts the company and its clients require.

McDowell chose the Optiplex 4020 from Mazak, and the results have been remarkable. McDowell says they replaced their old equipment entirely. The efficiencies are such that they cut back from 2.5 shifts to one. Furthermore, they are now able to in-source work from other companies.

Training on the 4020 came as part of the purchase. McDowell jokes that it seemed to be a “requirement,” at least for the lead operator who was sent to the Mazak facility for training. All jokes aside, they are now able to train other employees in-house.

“We hit the ground running, as far as training was concerned,” McDowell says.

CEI Equipment has also cut its scrap amount in half since installing the fiber laser machine.

“That’s been another big savings for us,” he notes. “We’ve been able to consolidate our sheet sizes. The experience has helped us in so many ways.” 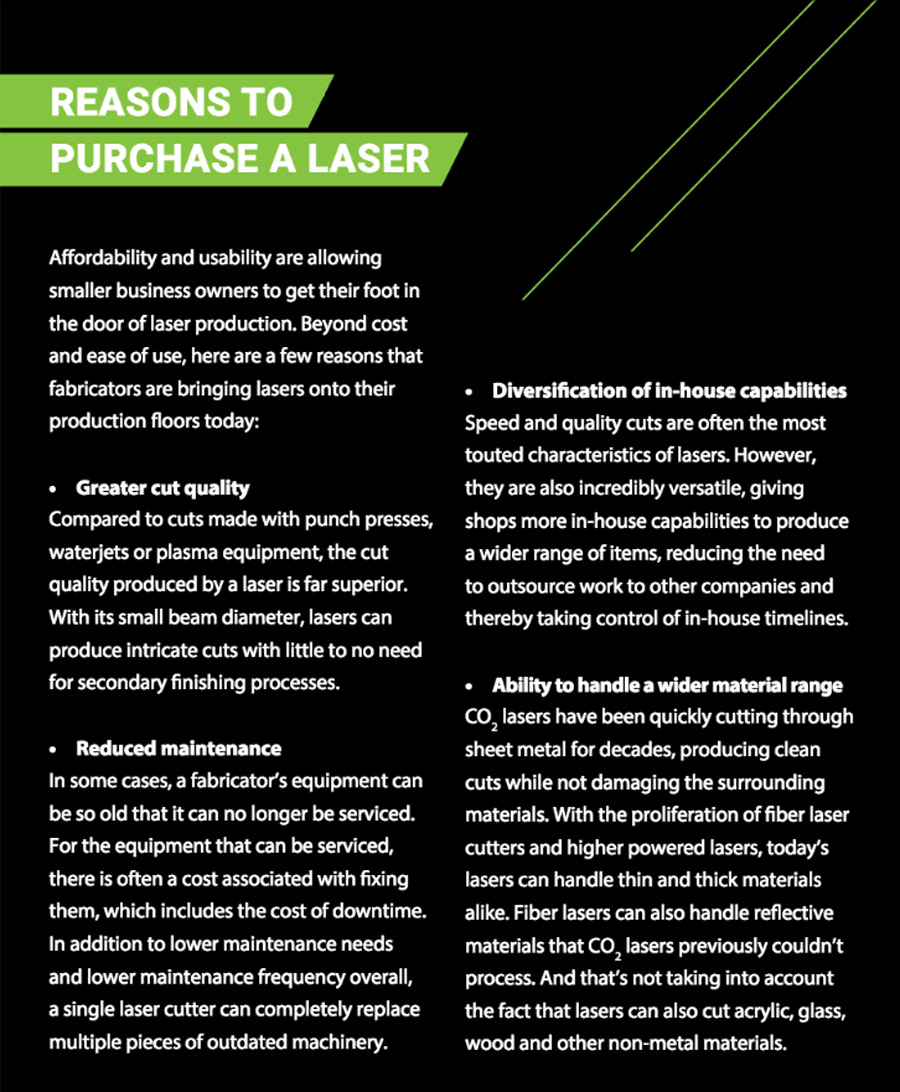 Jeff Cartier, estimating and design manager for JE Monahan Fabrication, located in Queensbury, N.Y., worked for a company that had to close its doors, yet there were still orders to fill. He took it upon himself to finish the jobs, using a friend’s HVAC production shop.

The lofty idea actually worked and Cartier found himself getting more business from customers ranging from healthcare to the entertainment industry. The flood of business included building custom catwalks, handrails, enclosures and guarding. However, the high-definition plasma cutting machine and small plasma cutting table, which were perfect for his type of work a decade ago, were producing too much dross and slag, forcing them to outsource work.

Cartier began researching options, first looking at various newer and improved plasma technologies. Not finding what he was looking for, he switched his focus to laser cutters.

A visit to Trumpf proved that laser technology could bring him the cut quality he needed. Instead of hand drilling or subcontracting work out to other companies, JE Monahan now cuts plate with its new laser, the TruLaser 2030 fiber. The machine cuts 0.201-in.-dia. holes and thinner gauge blanks in a tenth of the time of the plasma equipment and with higher quality.

“The process is faster and more efficient,” Cartier says. “Dross and slag are virtually eliminated, drastically reducing the manpower needed for cleanup.” 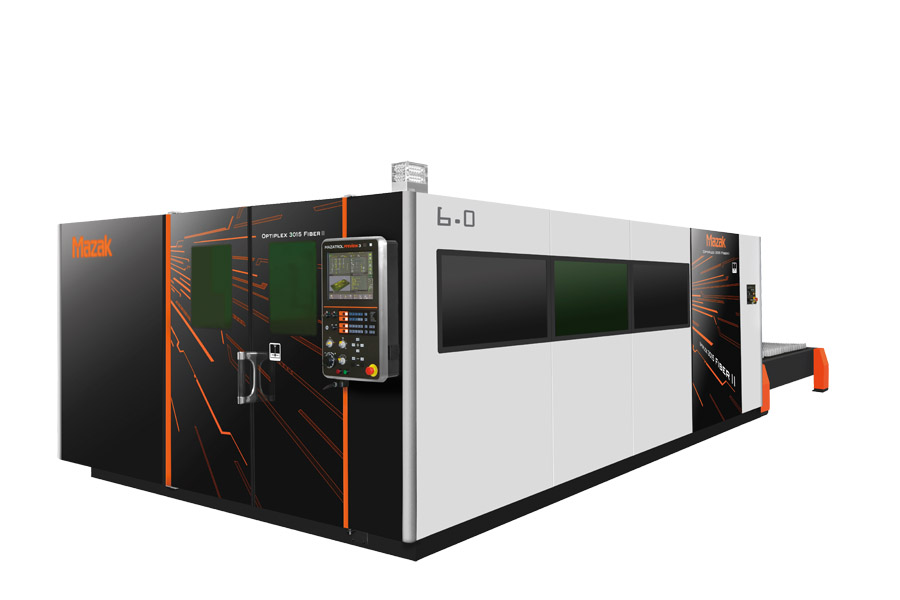 After considering plasma punches, waterjets and fiber lasers, the owners at CEI Equipment chose the Optiplex 4020 from Mazak, which has allowed the company to completely replace their aging plasma equipment.

A recent company relocation from Arizona to Utah prompted president Artie Nuttall to crunch the numbers and consider a major purchase to improve efficiency and spending. His company, Artec Industries, is an OEM for aftermarket auto parts, specializing in off-roading accessories. Any parts that required laser work were outsourced.

Prior to relocating, Nuttall put together a laser cost analysis for his company, considering financing, consumables, and maintenance and operating costs.

“It became evident very quickly that we were leaving a lot of money on the table,” he says. “At that point, it was just about finding the right company to go with.”

JE Monahan Fabrication uses the TruLaser 2030 fiber for quality and speed, achieving cuts on thin metal in about one-tenth of the time of its outdated plasma machines.

Nuttall was born a tinkerer – constantly taking things apart and figuring out how they work. Any piece of machinery that comes into his shop has had a thorough going over, and his approach to finding the right laser cutter for his company was no different. When asked what advice he would give to other business owners considering a laser, he says to take researching serious.

“Do your homework,” he advises. “So many small shops are blindly taking what comes at them or just looking at things in a superficial manner. Price shouldn’t drive the sale completely. You should take a much more well-rounded approach when you’re looking to make an investment like this.”

Nuttall flew to three laser cutter manufacturers, including one on the West Coast and one on the East Coast, on fact-finding missions. He saw plenty of options that would fit where his company is today, but he wanted machinery that would work for Artec in the future, as well. In the end, Bystronic’s BySprint 3015 fiber laser won out, and it’s something he actively markets to his target audience.

“Because we are an OEM, there is an incredible amount of marketing in everything we do,” he says. “The laser has been a great marketing tool and we will absolutely continue to use it as such.

“There is always something to be said for having the latest technology,” Nuttall concludes. “And you want to use that to your customers’ advantage in every way. What happens behind the scenes is what makes our products great, and having a laser like this is certainly one of the key parts of the puzzle.”