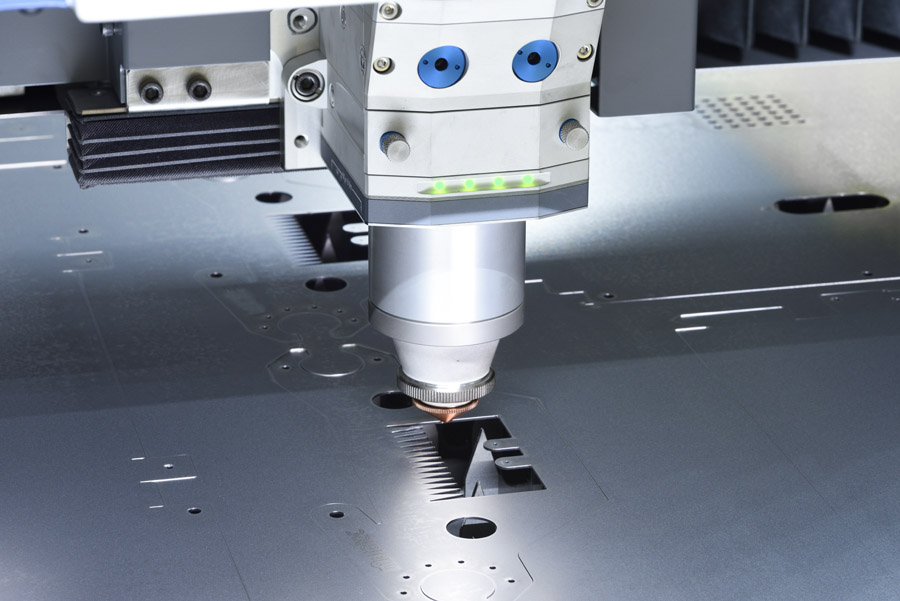 What’s my machine doing, and is it doing what it’s supposed to?

That one seemingly simple question – which is asked by basically every business owner on a daily basis – is fully loaded. The answer depends on a range of factors, and at times, it might not be much more than a rhetorical question. Regardless, it’s a question that should be taken seriously. Machine productivity is the engine that keeps a business running.

Setting up key performance indicators (KPIs) to better understand a machine’s production rates and capabilities is important in the manufacturing highway of parts production. A high-level view of production from sheet metal coming in the door to finished parts being packed and shipped can show a beehive of activity.

But, getting parts to customers may be taking too long or production cycles may vary too much for all of the parts flowing through the factory. Bringing the focus down to the machine level can be the start to understanding what’s going on, which, in turn, will spark improvements in the production process. 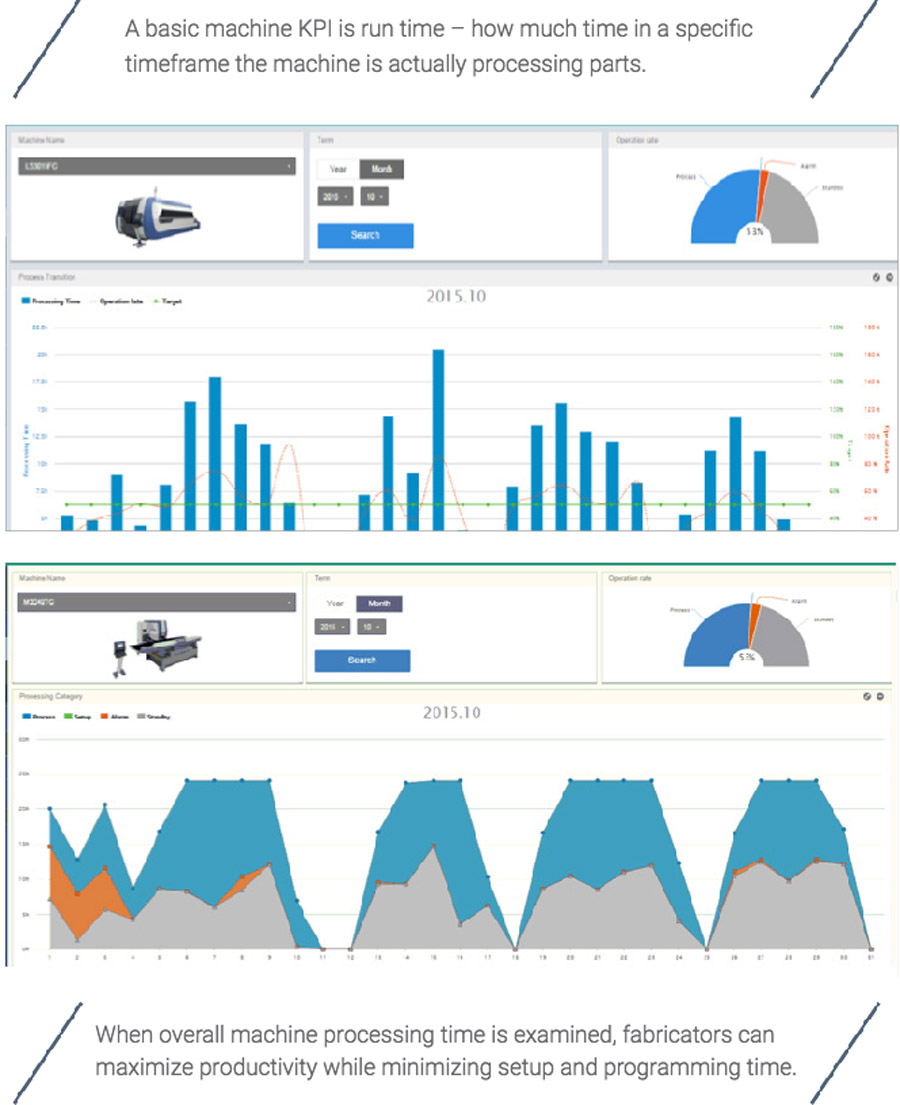 Punch presses and lasers are usually the beginning of the sheet metal parts production cycle. To keep that cycle flowing smoothly, it’s important to resolve any potential bottleneck issues from the very start. Upcoming processes, such as bending, welding and painting, rely on a steady stream of parts from this initial fabrication process.

To avoid and resolve bottlenecks, a new line of questioning emerges. How can we identify individual machines that are performing as they should? And, likewise, how can we identify which machines – if any – have minor to serious production issues?

Fortunately, the answer to these questions can be answered by current technology, which allows data to be gathered from a machine. Here, KPIs can be identified to analyze a machine’s production level. These indicators can then allow proper areas to be targeted for improvement, if necessary.

The most basic indicator would be how much time during the day the machine is actually running and adding value to parts (green light time). From this key indicator, a flow chart of sorts can be developed that will lead to the next KPI to monitor.

Checking a machine’s production level over a day, a week, a month and so on can indicate how busy the machine really is. Machine production trends can also be identified. If parts are backing up at a machine that typically has consistently high production levels, there may be several solutions.

Perhaps the process at the machine can be changed to make it more efficient. If similar machines in the factory are not as busy, then load balancing between machines may be the answer. 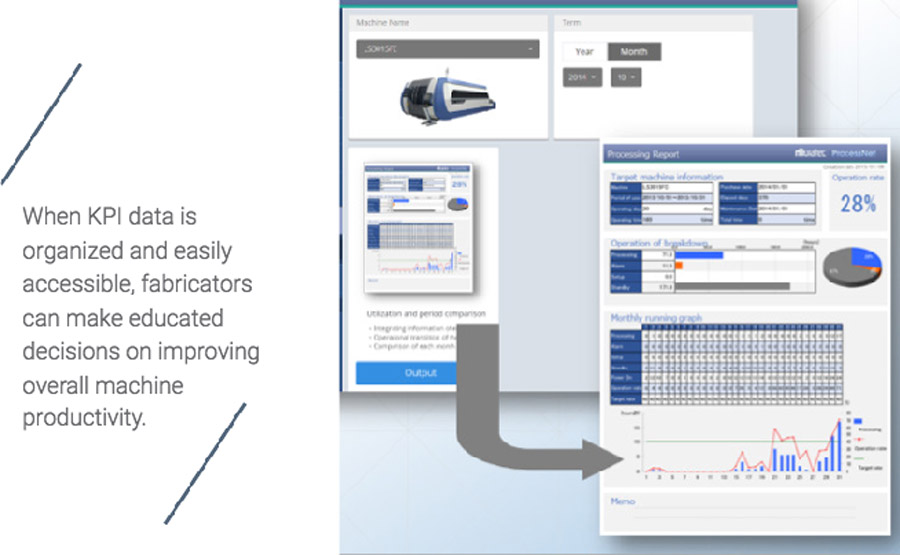 If a machine consistently has a backlog of work, but production levels are up and down, there’s probably room for improvement. Two KPIs to analyze in this type of situation are standby time and alarm history.

Standby time indicates a machine’s not running and isn’t in an alarm state. This could be caused by a variety of reasons, including machine setup, lack of an operator, waiting on material and waiting on programs. Targeting why standby times are occurring may result in determining process issues, such as material that’s delivered inefficiently or jobs that are run in an inefficient manner resulting in additional setup.

Another factor involved with standby time could include a particular operator that has lower production rates compared with other operators. By using KPI data, it becomes easier to narrow down production issues to specific days and times, which may be traced to a specific operator. The solution could involve more training or moving the operator.

Alarm history indicates the number of times a machine is in an alarm state during a certain timeframe. Alarms could include sheet crashes, overtravel limits being exceeded, clamp under punch safety issues as well as automation loading/unloading failures. If a machine is down due to regular alarms being generated, this should also be checked. By targeting the alarms that occur on a regular basis, production can be quickly improved.

Questions to ask in regard to alarm history include: Is a better maintenance program needed? Are parts being programmed in a manner that causes problems? Maybe it’s an older machine and reliability has gotten to a point where replacement needs to be considered. 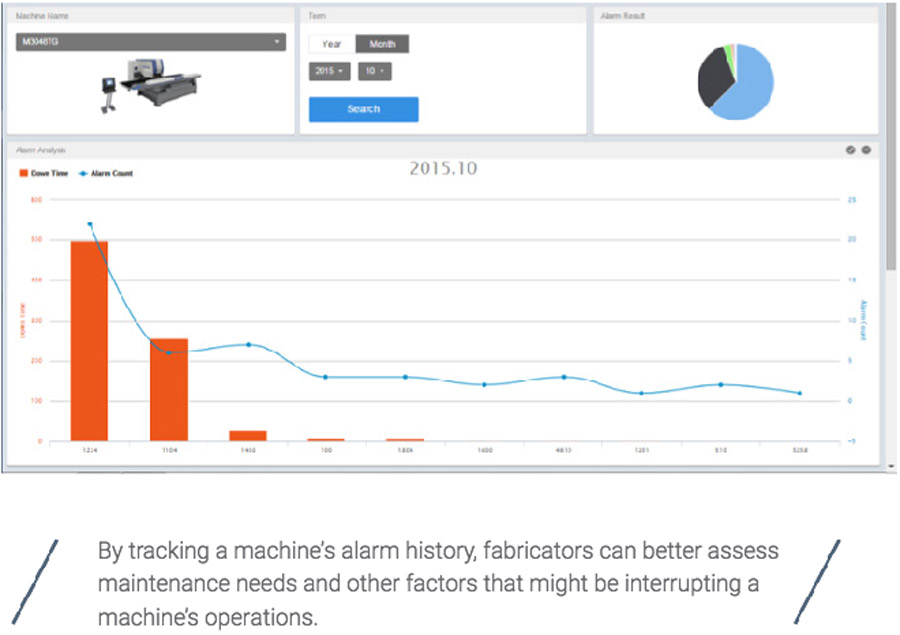 Another KPI to track is, of course, the number of parts being produced on a machine. The number of parts produced and the time it takes can be compared between machines – especially if they are producing the same or similar products.

If two machines have high production rates, but one routinely outproduces the other, the underlying factors should be addressed. Targeting programming and optimization may be one solution. Another underlying factor could be in the decisions the individual operators are making. For example, perhaps an operator is convinced they need to unnecessarily run the machine at a slower feed rate. By assessing the machines’ disparities, unidentified problems that are not allowing the machine to run correctly can be brought to light. 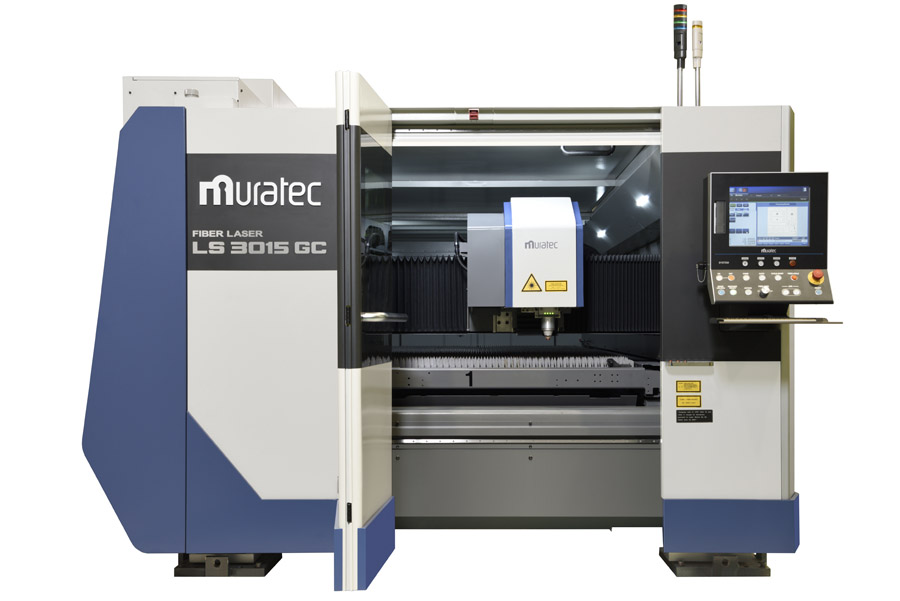 These seem like fairly straight-forward ideas. But, not having numbers in a spreadsheet would normally make the analysis of these types of solutions very difficult to carry out.

Until we develop the ability to easily measure these KPIs, the effort to gather data is as difficult as solving the correct problem. Using this data to confirm efficient production levels can be as important as identifying the problems. Once problem areas are identified and solutions enacted, continue to monitor the KPI’s to verify the success of those efforts.