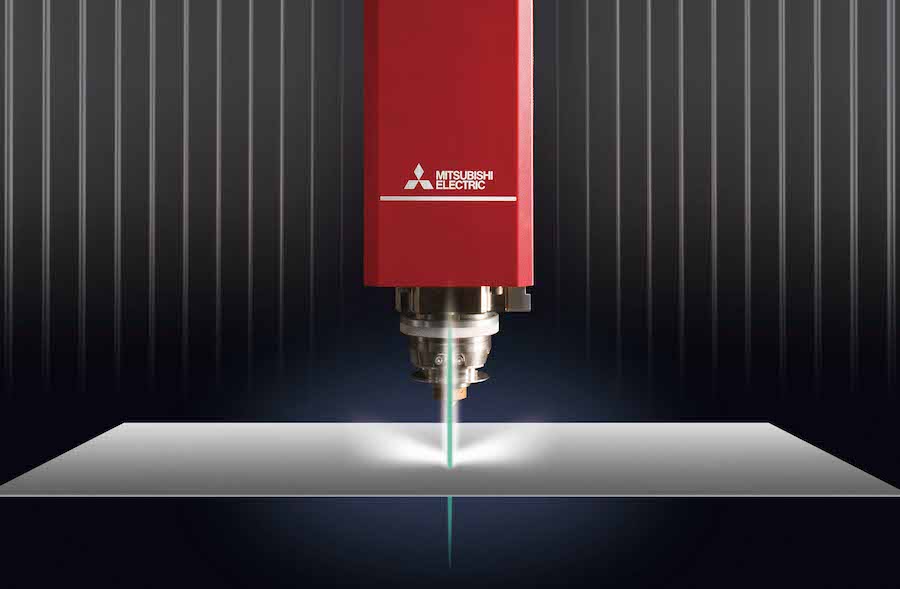 In manufacturing, mistakes add up to losses, which is one reason manufacturers might adopt technology that involves less human input. To err is human, right?

The always-present skills gap is another reason for adopting technology, but establishing advanced knowledge of laser cutting machinery has never come easy. MC Machinery Systems Inc., with the rollout of its artificial intelligence-enabled fiber lasers, has developed a cutting solution that meets the “less human input” goal, and even novices can feel comfortable operating it.

Intuitive artificial intelligence (AI) technology is the secret sauce in the GX-F Advanced series of lasers because it requires less operator input. But to sweeten the deal, MC Machinery also offers a service and support option that gives users access to the company’s experienced support team.

The GX-F fiber lasers come stacked with features, including remote monitoring, beam modification, automatic nozzle changing and predictive maintenance. With these extensive capabilities, one might question whether the laser is a match for entry-level users, but Hank White, MC Machinery’s national product specialist, says anyone from the novice laser operator to the experienced laser veteran is an ideal candidate. Among the user-friendly aspects of the GX-F technology are the AI, balance of control architecture, zoom head and nozzle changer.

“The goal is to provide a system requiring as little operator intervention as possible,” White says. “With AI, automation and remote monitoring, this is a system that’s productive regardless of operator experience. With today’s shortage of skilled workers, it has become even more important for companies to find ways to run lean yet remain productive.”

AI has definitely changed the manufacturing industry and continues to do so. For example, with the audio and optical sensors built into the GX-F, the laser cutting process is monitored in real time, which means parameters can be automatically adjusted to optimize cutting performance. “The AI on the laser is designed to look and listen to the cutting process and then, based on the information, decide how to address the situation,” White explains.

The AI technology developed by Mitsubishi has roots in other industries, such as Mitsubishi Elevator, which uses AI to learn traffic patterns to run more efficiently in high peak hours. Mitsubishi Automotive has used the technology to help develop self-driving cars.

The zoom head and beam modification features are also exciting technologies becoming more and more accessible to users. The AI optical and audio sensors are built into the zoom processing head. This includes features like Mel’s Eye, which is a proprietary Mitsubishi technology that provides plasma detection, auto focus and burn detection. White says the majority of his customers purchase machines with zoom heads, which offer “unlimited flexibility in the blanking process.” The zoom head reduces or eliminates setup time as well as operator intervention. Furthermore, the customer can change to different material depending on workflow demand without any downtime.

“It really makes the process seamless,” he says. “Because of the AI, the machine basically runs itself, so any skill level can operate it. The control panel has an interactive and intuitive smartphone-like interface that is especially user friendly.”

Augmented reality can mean different things depending on the technology being used. For example, augmented reality is huge in gaming where audio and visuals are integrated

with a user’s environment in real time, making for a more immersive experience. In manufacturing technology, immersion is also the goal. White says the two augmented reality cameras used in the GX-F show the exact positions of the sheet and parts, but the cameras can also be used for cropping sheets for later use.

feed and can be displayed anywhere from a headset to a phone. Some

apps, he says, use this technology for GPS walking directions and even in

“Not only is this a much faster and less labor-intensive process,” he says, “but it also reduces scrap, which translates into saving money on the cost of materials. For some companies, this can be thousands of dollars in savings a year.”

“The operator can simply pull up a part and drop it onto a sheet or remnant,” he says, “rotating it to fit in odd-sized areas or with other parts to fill a sheet area.”

MC Machinery boasts that the GX-F is capable of using up to 77 percent less nitrogen, while delivering maximum power. This is made possible through Mitsubishi’s AGR-eco technology, which reduces gas consumption while increasing the power to improve cutting speed. Cutting faster costs less, he says, because cutting time is reduced and less gas is consumed.

“This is a quantifiable cost savings for companies of all sizes,” White says.

While cutting faster and saving on costs are definitely perks, the single point of service and support that MC Machinery provides is also a “huge” selling point for the GX-F, White says. This is due, in part, to the fact that Mitsubishi makes all of the major components for the GX-F and because Mitsubishi is a system manufacturer not an integrator, meaning there are no conflicts between different suppliers with sourcing, compatibility and service.

“MC Machinery is the North American supplier and servicer of Mitsubishi lasers and EDMs,” he says. “Our service technicians can work on the entire system and provide all spare parts. Customers only need to make one call, and because we have a regionalized network of field technicians, response time is fast.”