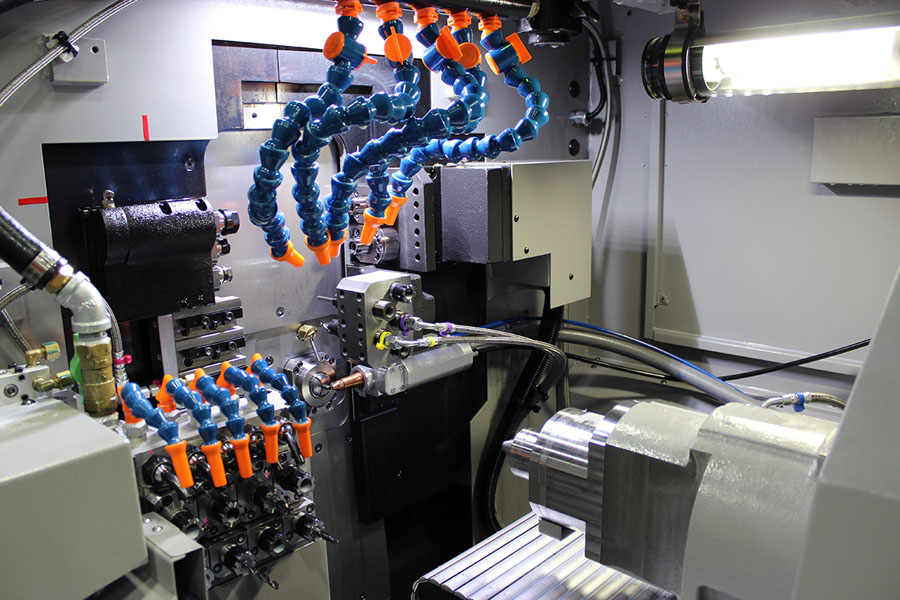 It’s been said that necessity is the mother of invention. Anyone who’s ever hastily fabricated a Hefty bag raincoat would likely agree. However, the most significant inventions are not typically the result of necessity alone. Rather, they stem from a combination of necessity, ingenuity and passion. These are the fundamental elements that resulted in the invention of the Tsugami LaserSwiss.

Morris Group Inc. CEO Lee Morris and longtime friend and consultant Jim Sasanecki had been in the manufacturing industry for more than 40 years and were equally disheartened to see U.S. manufacturing jobs steadily trickle overseas. Both men were passionate about doing something to stop the flow.

This spawned the idea to integrate a laser cutting system with a Tsugami CNC automatic lathe. 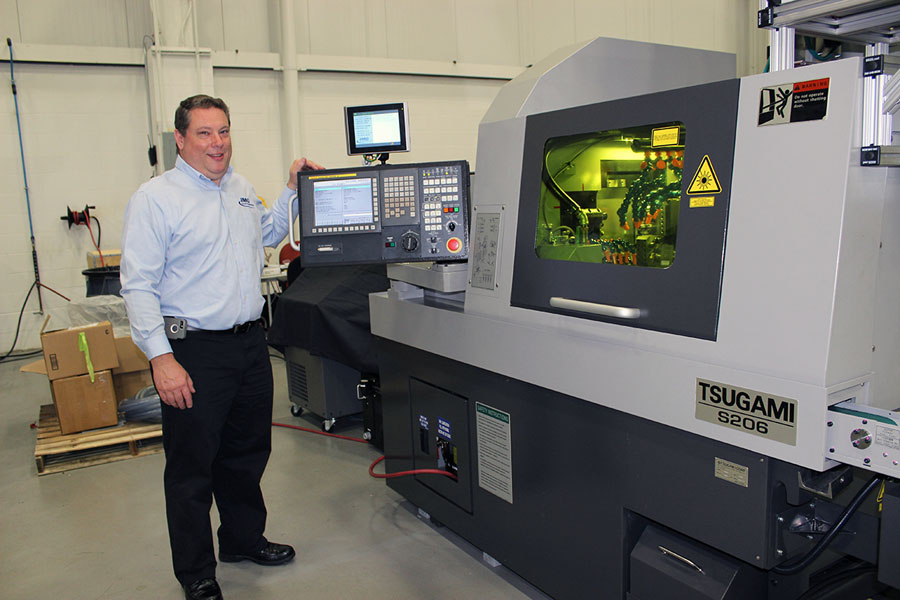 “This isn’t just a Swiss machine with an attached laser,” White explains. “We didn’t just bolt a laser head onto the machine and give it a couple of ‘M’ codes. This is a fully integrated system that operates on a single software platform.” 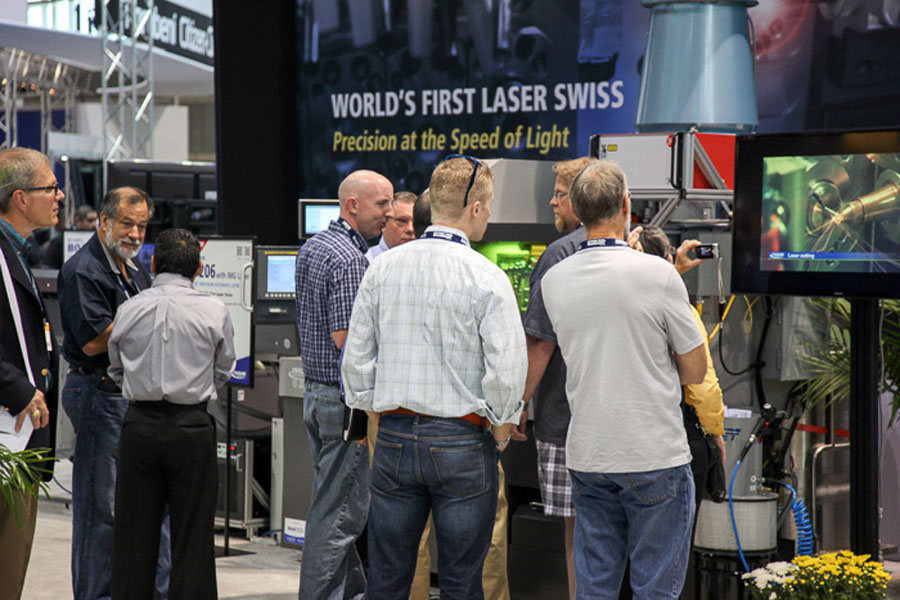 The LaserSwiss was formally introduced at IMTS last year and a second model was showcased at PMTS in April of this year.

All laser cutting operations are programmed and driven from the machine’s Fanuc 32i-B NC. The nozzle standoff adjustment is also numerically controlled, and the laser’s frequency, pulse width and power are all “on-the-fly” adjustable and programmed through the machine’s CNC.

The Tsugami S206-II features a deep hole drilling post and Y-axis tool post, allowing operators to machine complex parts with the main and back spindles simultaneously. The modular tool zone holds up to 15 live tools that reach speeds of 8,000 rpm. The S206-II has a direct-drive rotary guide bushing and main spindle and subspindle speeds of 12,000 rpm. The machine can be run as a traditional sliding headstock machine or with an optional chucker kit, allowing operators to use less expensive drawn bar stock instead of centerless ground stock. The laser cutting speed reaches 20 ips.

“Our booth was overrun at IMTS,” White says. “Visitors couldn’t believe what they were seeing. Everyone wanted to take home a sample part. Even our competitors wanted one.” 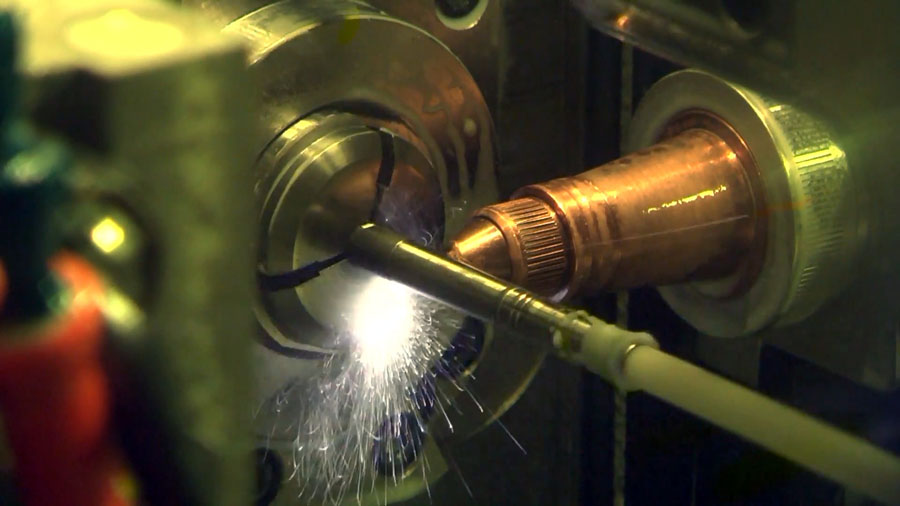 LaserSwiss machines combine the power of CNC Swiss machining with the accuracy and precision of laser cutting.

“I’ve seen the LaserSwiss completely machine a complex part five times faster than it can be done with conventional machining,” White says. “But speed isn’t the only advantage. Laser cutting provides a high quality finish. It eliminates the need for deburring, and it’s a process that doesn’t result in tool wear. All of these benefits contribute to driving down the cost of producing parts.”

To further increase efficiency, the IMG team added an automatic bar feeder to the LaserSwiss and modified it to deliver high-pressure coolant through the part while it’s being machined. This prevents damage to the back side of a thin-walled tube during laser cutting and instantly clears away chips, ensuring cleaner cuts.

Laser cutting operations on the LaserSwiss are programmed and driven from the machine’s Fanuc 32i-B NC.

For all its advantages, Tsguami LaserSwiss customer case studies are hard to find. In the highly competitive manufacturing industry, it’s understandable that the machine’s users are reluctant to disclose exactly how it has optimized their productivity. But some LaserSwiss owners have proudly announced their machine acquisitions to the press and on their websites.

Cadence Inc. CEO Alan Connor said in an April 2015 news release, “Cadence is committed to investing in highly technical solutions for our customers. LaserSwiss provides our customers with new product design possibilities in a way that yields lowest total cost. That’s a ‘win-win’ for everyone involved.”

Swiss-Med Technologies, the medical division of Swissline Precision Mfg. Inc., announced its LaserSwiss acquisition on its website in October 2014, calling it “the most advanced CNC Swiss technology available in the marketplace today.”

The LaserSwiss seems to be on track to achieve Morris and Sasanecki’s goal to help U.S. manufacturers compete with factories overseas, but according to Morris Group Inc. vice president of operations John Murphy, there are still more benefits to be realized. 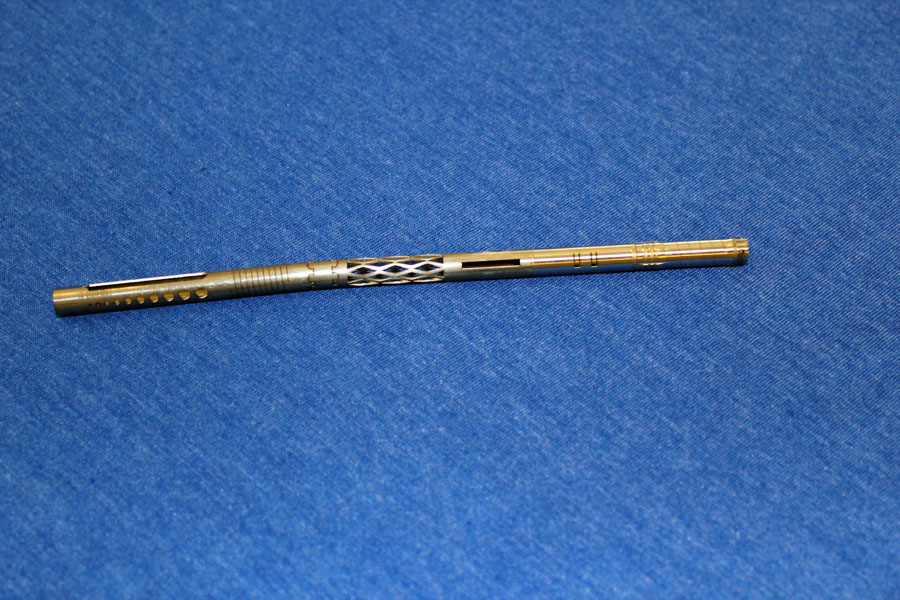 “Providing the machine to help manufacturers reduce part costs is only the beginning,” Murphy says. “The next step is ensuring the industry’s design engineers are aware of the LaserSwiss. They need to know that design options that previously couldn’t be considered are now entirely possible.”

When that happens, it could trigger an explosion of more inventions that might also stem from necessity, ingenuity and passion.