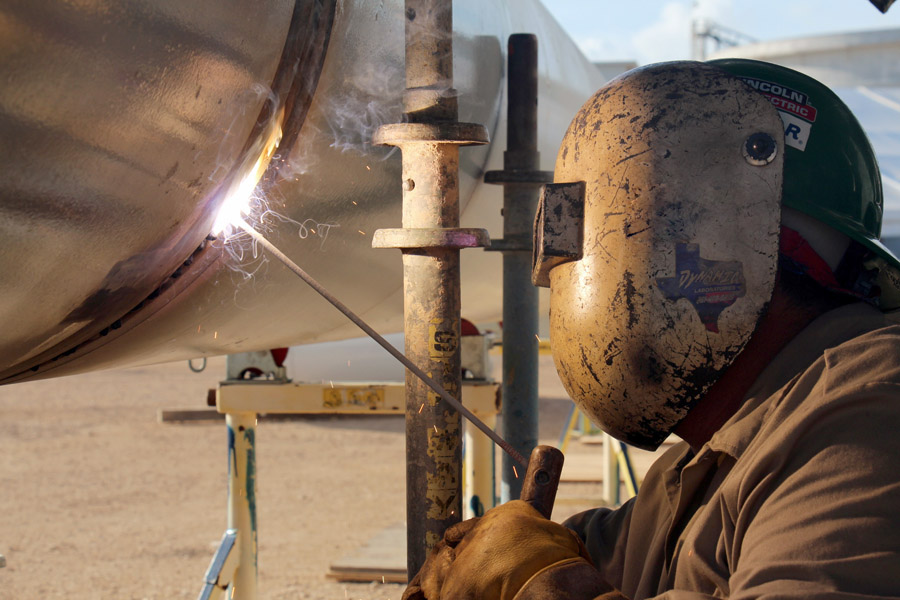 This Aug. 29-30, Mike Lang, global director of corporate welding services at Fluor Corp. will give the keynote presentation on the welding economy at the American Welding Society’s Welding Industry Summit in The Woodlands, Texas. His speech will touch on a range of topics that are affecting the overall success of those who work within the welding industry, including labor shortages, escalating costs and market volatility.

Covering such critical topics in one presentation might seem like a monumental task, but Lang has the experience and the chops to do it. He’s been in the industry for 35 years and his company, Fluor, is one of the largest engineering, procurement, fabrication, construction and maintenance companies in the world.

“I’ve been doing this for far too long,” he jokes. “But in all seriousness, I started my career in the field as a welder, which gives me a boots-on-the-ground perspective.”

After dedicating much of his career to hands-on welding, Lang began studying labor trends and welding technologies to devise better ways to fill jobs, perform welds and launch projects. He was also selected to be part of Fluor’s prestigious Fellows program, where he serves as one of the company’s top technical experts and has the opportunity to further study up on the welding industry in academic pursuits – focusing particularly on labor trends.

“I keep close tabs on the pulse of the industry and what’s going on globally regarding manpower issues,” he explains. “In LNG, oil and gas, and plenty of other sectors, our global project demand isn’t going down. In fact, demand is rising at unprecedented rates while the labor force is in an unprecedented decline.”

As far as that unprecedented demand is concerned, the industry is preparing for the next wave of oil, gas and chemical projects in the U.S. Gulf Coast region. Lang estimates that 80 percent of the construction work that will be happening in the entire United States will occur along the Gulf Coast.

“In the next six months, $50 billion worth of work will be breaking all at the same time,” he says. “Contractors will all be starting projects at the same time and fighting for resources.”

“But that’s just one part of the world,” he continues. “LNG is exploding and not only in the United States and Canada, but all over the world. That influx of work introduces new challenges to manpower and project execution. It also introduces the idea of new welding technologies that can help us do more with less.” 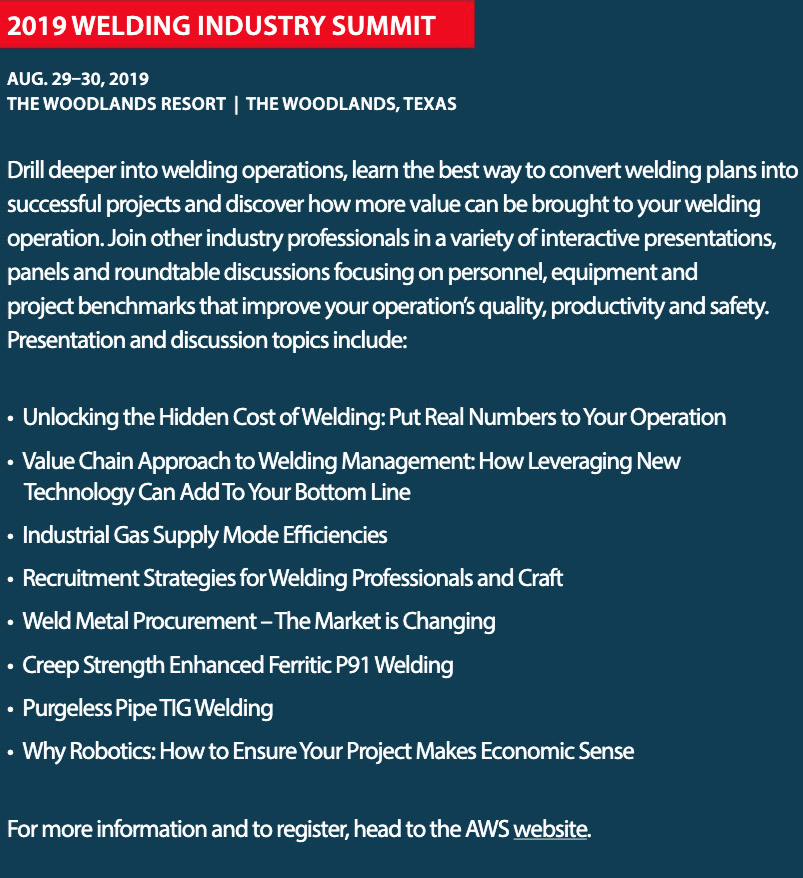 “We have to look at this challenge and figure out how we’re going to solve the manpower issue, but unfortunately, the answer is that we’re not,” Lang says. “We know that we’re not going to be able to source enough people for our jobs, so we have to look equally at better ways of doing things.”

Solutions can be process-based or materials-based and they can also be technology-based. No matter the approach, it has to be holistic and, even more so, realistic.

“You can’t just invest in a new technology and consider it the silver bullet for all of your ailments,” he explains. “I’m a huge fan of technology, but it’s not going to solve all of your problems on its own. You still have to have that human element, and you have to understand that technology is just an extension of what you already do well.”

Lang suggests investing in technology with a mindset that it’s not going to make an unskilled or inexperienced worker better. It’s going to augment your strengths –make you better at what you do best.

“If you approach it from that angle, you’ll be able to start invoicing that technology,” he says. “So many people make the mistake of embracing it as a cure-all, but that’s not going to cut it. Embrace technology, but take small sips.”

He cautions business owners of the pitfalls that can come from investing too quickly. Start small and then gradually expand, he says. If a company rushes into a solution and decides that it wasn’t the silver bullet they were looking for, they will ultimately blame the technology, get rid of it and never trust technology again. Embrace technology, but understand that it won’t be the end-all solution for an absent skillset.

As far as the holistic approach is concerned, Lang stresses the idea of full company buy-in – not just from the welders that are working on-site, but also from executive management.

“It has to start at the top and flow all the way down to the welder,” he says.

Regardless of how carefully a fabricator brings technology into their operations, there is still the issue of staffing. Companies are continually looking at how to bring people in while simultaneously adding technology to execute projects well. One way that Fluor has found success is through its craft training schools.

“We turn out quite a few folks from those schools,” he says. “Welding is just one of the disciplines that we teach, but through our two locations, we cycle about 50 people through every 16-week program. We try to do our part, but it’s just one piece of the puzzle.”

He describes Fluor’s welder training program as the equivalent of a welding finishing school, taking welders that may have received prior welding instruction in high school, college or a vocational school and have become good structural welders. From there, the Fluor program helps upgrade those good structural welders and turn them into skilled pipe and boiler tube welders.

“We do this for our own staffing needs, but we also do it for the industry,” he explains. “We know that we’d be lucky if we kept 25 percent of the people that we train. When we have a job opening, we hope they’ll remember who helped them get their start and that they’ll come back to us.”

Thanks to comprehensive training programs and the efforts and outreach that the entire industry has displayed in the past few years, Lang is hopeful yet realistic about the future. Early involvement at the junior high and high school level has had an impact as far as interest in welding is concerned, but there’s still a long road to travel before the welder deficit is resolved.

“The problem stems back to the mid-90s where the average age of a welder was 42 years old,” he says. “Today, the average age is 55, so the industry is paying its debt right now for turning its back on vocational schools in the 1980s and 1990s.”

Fluor is constantly doing outreach – as are so many other companies – and, fortunately, it’s inspiring the next generation of workers to consider welding as a viable, stable and good-paying career. And they are inspiring their peers.

“The fact of the matter is that a pipe welder makes a median salary of about $40 an hour and $100 per diem working 50 to 60 hours a week,” Lang says. “If you do the math on that, you’ll see that they’re making a six-figure salary. The people that want to get into welding will have a very rosy future, and the people that are doing it right now are proof of that.”

Speaking of the future, Lang says that technology will play an even bigger role in a welder’s day-to-day life. And at the pace that technology advances, it will have a shorter and shorter shelf life. Companies, therefore, will have to keep an eye on how welding technology progresses.

For instance, Lang mentions that “welding power sources themselves have changed dramatically in the last five years. Eight years from now, we’ll be using battery-operated welding machines. If we can make an electric car that we recharge every night, why wouldn’t we do the same with a welding machine?”

The biggest challenge moving forward, however, won’t be technology. It is – and will continue to be – the human element of welding. By training welders, inspiring the future welding workforce and maintaining a top-down, holistic approach to welding execution and investments, the industry will benefit today and in the future.