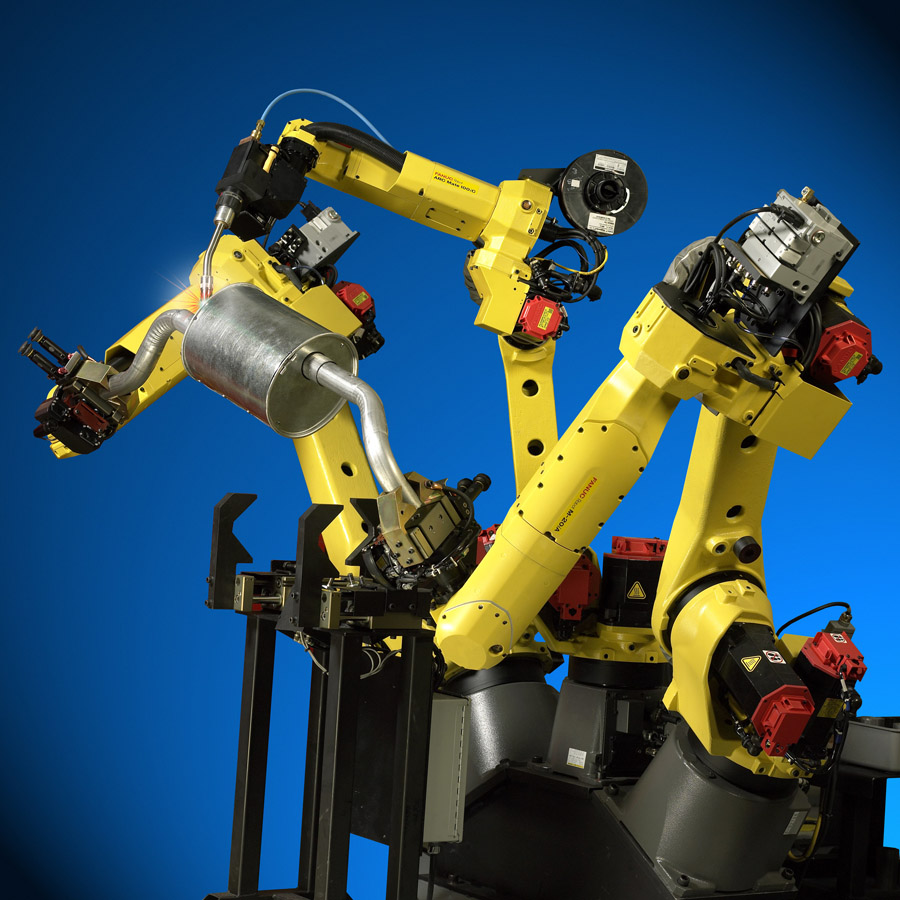 Next, they may consider the smaller volume parts with multiple welds and long process times. That leaves the small batches with high variation for the very last.

Times are changing, however, and the low hanging fruit has been picked and situations have pushed the lesser candidates to the top of the list. Regardless of what led to the decision, whether it was tariffs, bottlenecks or simply the lack of being able to find good welders, several steps can be taken to help your facility become successful with low-volume, mixed-product automation.

The first step in automating small batches with high variation is to take a look at the existing automation and thoroughly investigate the uptime of those machines. During these assessments, you may discover a robotic weld cell that is underutilized and, therefore, prime for additional work. Adding some additional work to this system will increase the efficiency of that machine and help balance cycle times.

Adding an integrated rail and duplicating an existing station are also methods to expand operations. These efforts can all minimize the capital expenditure and better utilize an existing asset that may already be paid off.

With high part variation, generally comes multiple tools. One of the common struggles seen is when a manufacturer cannot afford to invest in the new tooling that will ultimately make it easier to process new parts. Without thoroughly assessing the tools that are available or appropriate, they will just attach the manual weld fixture to the robot positioner and make the best of it.

For some applications, this may be totally appropriate and work well. Unfortunately, most tools don’t fall into this category and applying an inadequate manual fixture to a robotic system frustrates the programmer, the person running the machine and management because the machine is struggling with the variability from part to part. Any variation between different models or families of parts are generally addressed by the operator. Using the manual tool therefore, doesn’t necessarily lend itself to be turned into robotic fixturing.

When considering automation, regardless of the complexity of the weld, a good robotic holding fixture should, first and foremost, be robust. This is crucial especially in situations where the fixture is going to be continually taken on and off of the robot positioner and stored on a shelf somewhere until the next order. The tool needs to be able to take the abuse of being dropped, welded on and even sitting unused until it’s covered in dust.

More so than any other characteristic, the tool should honor the primary datum that it was designed to perform. Pull up the print for this part and design a tool that holds the part relative to the primary, secondary and tertiary datums that are on the print. This will help in managing the variability and identifying and correcting any dimensions that are out of specification when the audits are performed.

These tools need to be located using dowel pins for hard locators to help minimize error when changing over to a different batch of parts.

After the tooling is designed and built and applied to the fixture, next comes the robot programming. A great tip for making programming easier at the time of implementation is to create points on the surface of the tool that are accessible to the robot.

These points can then be used as reference points for the robot programs and make program creation, touchup (program modification for positional changes) and duplication much easier. These points, which are called user frames, can be made with a simple center punch or can be a machined feature.

Let’s say part X was originally taught on the A side of a two-sided fixture. Now you have another part currently in the location the original program was taught so you have to mount the tool to the B side of the fixture. Instead of starting over and re-teaching all of the points, you simply re-teach the original three to four points you used for reference and all the weld points are now adjusted to the new location and no further touchup is required.

This approach has many benefits outside of the ones just discussed. For example, by leveraging the user frames, manufacturers will also be able to accurately make program adjustments or changes offline and, additionally, by doing so, transferring tools onto other robot systems or stations is made easier while also minimizing the amount of touchup from that transfer.

One of the most important time-saving and stress-reducing steps you can take is to develop a solid naming convention for all of the programs that will be residing on this system. In addition to a strong naming convention, take the time to write comments throughout the program, including weld numbers, weld location, size, length and cycle time. This helps minimize confusion when you dust off a tool that has been sitting on a shelf for several months or when someone new has to do a part change and the original program author is not available for clarification.

Another technology that has been introduced into the welding environment is machine vision, which can be used on a robotic cell to aid in minimizing the human error and part variability. For instance, machine vision on a robot can be used to identify the part or the fixture to ensure the proper welding program is called up for that part eliminating the need for a costly human machine interface (HMI).

This also eliminates the possibility of the user selecting the incorrect program for that part and damaging the tool, the robot or both and causing increased downtime. Some manufacturers have used machined features in their tool for part identification, and these same features can be used as the reference points mentioned earlier.

But it doesn’t have to stop there. QR bar codes can also be a solution to provide information about a part, determine the proper weld program to use and update the location of the tooling relative to the robot position.

There are several companies that are successful at having a robot system with a generic positioner backbone that permits them to mount various tools in a number of locations and call up programs for each of the tools regardless of where they are located on the fixture and weld them with confidence. Therefore, do not let the combination of high variation in small batches scare you away from automation. Steps can be taken to make the situation at your facility not just possible but also profitable.