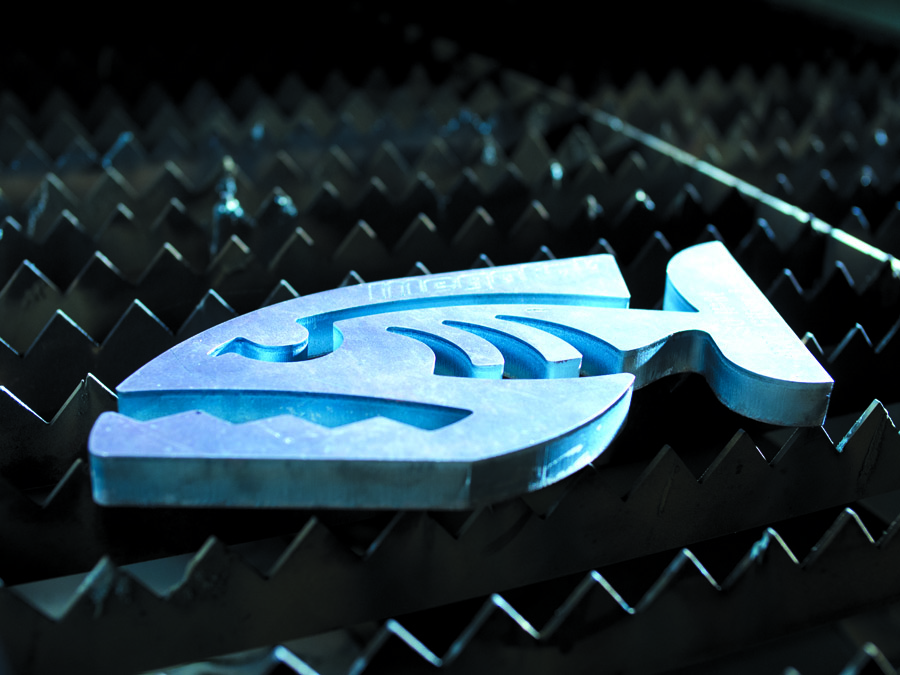 Whitney, a MegaFab company, is on a mission to make laser cutting more flexible and efficient.

For years, fabrication shops cutting a variety of materials and heavy thicknesses have been burdened with multiple machines, costly processes and crews of operators. And those without in-house capabilities have been at the mercy of supplier timelines.

“Our customers – especially those cutting 3/16-in. to 3/4-in. plate – are under constant pressure to produce parts faster, at a lower cost,” says Dale Bartholomew, sales manager at Whitney. “We’ve taken it as our personal challenge to not just trim pennies per part, but to completely transform the cost equation with production processes that have a smaller footprint and more flexibility and require less skilled labor.”

The quest for efficiency has been the heartbeat of Whitney for decades. In the 1970s, the company introduced the legendary punch-plasma combination machine to shorten cycle times on thick parts needing multiple processes. Shortly thereafter, the Whitney team saw promise in laser cutting technology for driving even greater efficiency.

In 1998, Whitney introduced its 6-kW CO2 laser technology to the market.

“When we launched the first PlateLaser, our customers were suddenly able to take on new kinds of thick plate jobs and increase throughput,” Bartholomew says. “Those early machines are still running strong today.”

Mike Copeland of Copelands Inc. in Ooltewah, Tenn., was among the first to own one of Whitney’s large-bed 6-kW laser cutters. When it was brought on-site, it changed the entire playing field.

“At the time, they were so far ahead of everyone – no one else was making a laser cutter that large and fast or with as many capabilities” he says. “It has given us the ability to take on a much wider range of jobs than we ever imagined, and it has given us a competitive edge still today.”

As fiber technology has emerged over the past decade, Whitney has been applying its deep experience with high-power lasers to cut thicker plate, at faster speeds and with less overhead. In 2013, the company introduced its 6-kW fiber PlateLaser.

“For years, cutting thick plate with fiber has simply been too slow and expensive,” Bartholomew explains. “Now, for the first time, you can cut 5/8-in. plate with nitrogen, which eliminates expensive processes down the line to remove oxidation. And you can cut 3/8-in. plate three times faster with 12 kW than 6 kW.” 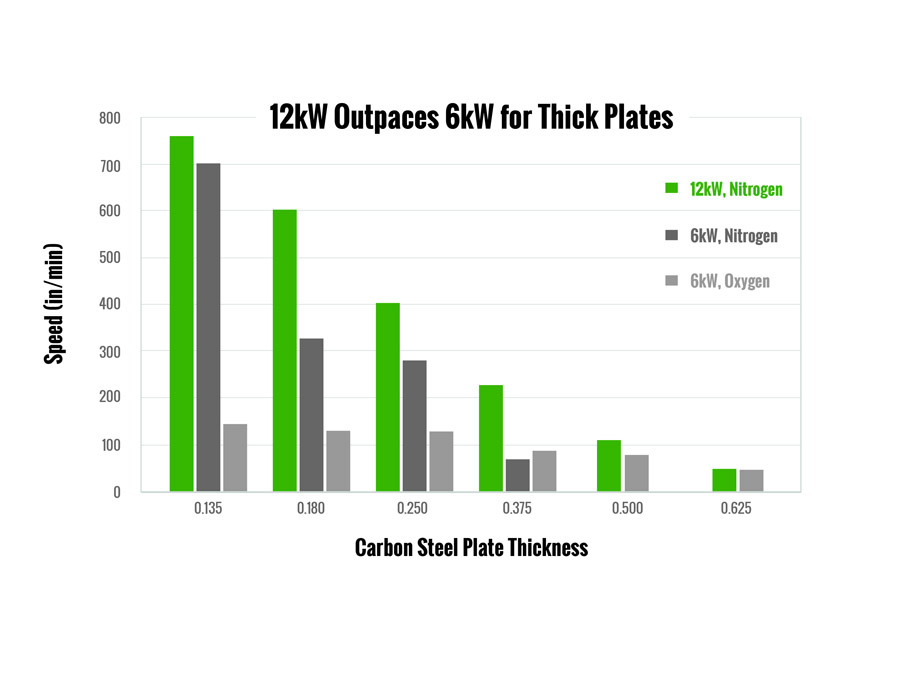 Whitney’s engineering team looked for novel solutions to meet the challenge of cutting with 12-kW power. For example, they needed a cutting head that could manage high temperatures, and they found a solution inspired by an industry-proven laser welding head. Like all fiber cutting heads, the beam is delivered directly to the head, which keeps maintenance simple compared to CO2 cutting heads requiring tedious alignment of beam path mirrors.

Historically, cutting thick plate with nitrogen was cost-prohibitive because of the volume of gas required. The team, therefore, considered that a priority when designing the new fiber laser cutter.

“We knew we had to address the amount of cutting gas required, and the result is a proprietary method that decreases the amount of gas significantly,” Bartholomew says.

This method contributes to the exponentially lower costs to operate 12-kW fiber compared to 6-kW fiber when you consider nitrogen costs and power consumption. For example, with 3/8-in. carbon steel plate, the gas and power cost per 100 in. is $0.92 with 12 kW, compared to $5.08 with 6 kW. (See Figure 2.) 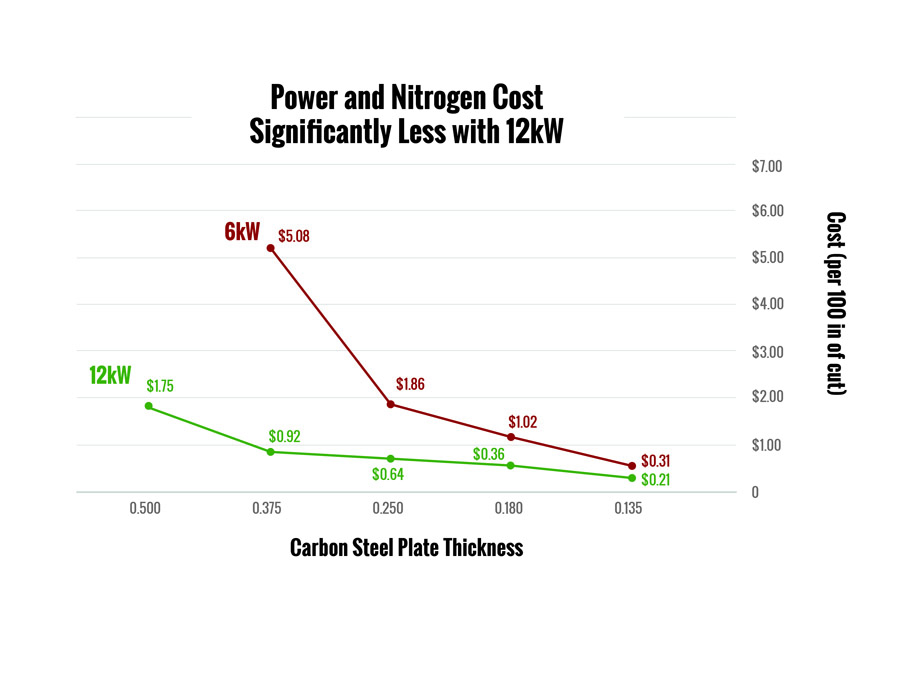 Figure 2. Before Whitney released its 12-kW fiber laser, cutting thick plate with nitrogen was cost-prohibitive because of the volume of gas required.

A mind of its own

Cutting at 12 kW also takes a control system with a better brain. So Whitney addressed that, as well.

“When cutting at this level, the control system has a lot to manage, so we built intelligence into the control itself,” Bartholomew says. “You can change from one material type or thickness to another simply by changing the reference to our extensive Material Parameter Library of cutting conditions.”

Giving the control a “mind of its own” means it can adjust on the fly without complex program code – including automatic changing of power and focus. It also means that a shop can maintain consistency no matter who is operating the machine.

“Having a library of cutting conditions built into the control simplifies program code for lead-in steps, piercing steps, holes and complex cornering geometries,” Bartholomew explains. “It also helps maintain consistency from programmer to programmer, as there are no separate parameter databases on separate work stations.”

Whitney has also adapted its Rapid-Pierce technology to its fiber laser cutters. The technology involves fast piercing that imparts little heat to the workpiece.

“We developed Rapid-Pierce a number of years ago, but it’s still one of the keys to laser efficiency,” Bartholomew says. “It can save minutes per part, avoid the need for operators to hammer out small cutouts in thick steel and allow immediate cutting after piercing without harming cut quality.”

With 12-kW power, the laser cutter base and bridge construction are particularly important for ensuring quality and speed.

“We’re using a polymer granite base for ultimate stability during cutting and a high-tech bridge that is strong and lightweight to improve acceleration,” Bartholomew explains. 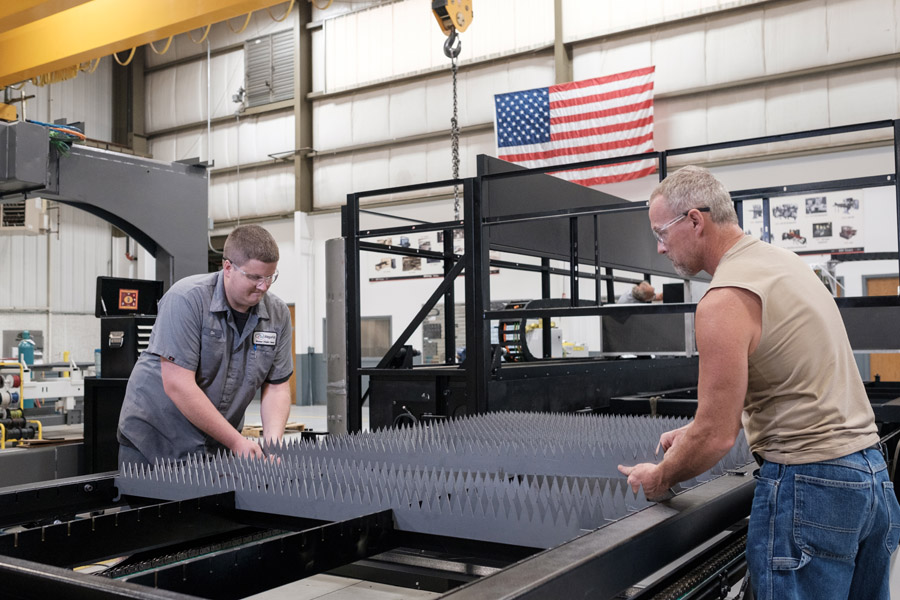 Team members at Whitney assemble one of the lasers the company plans to showcase at Fabtech 2016 in Las Vegas.

While innovation has been the driver of Whitney’s success over the years, customer service is a major factor.

“Customers appreciate our central U.S. manufacturing and service location in Rockford, Ill., as we can ship replacement parts and dispatch technicians quickly for service,” Bartholomew concludes. “Whitney has been in this business for more than a century, and we’ve been successful because our customers can count on us to always be there when they need training, advice or service.”