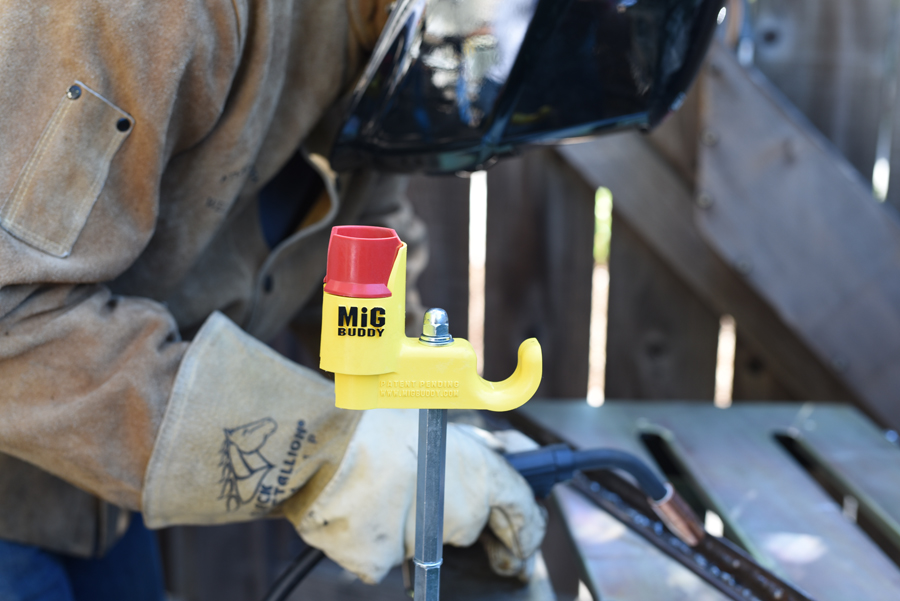 I’ve become somewhat of a safety nut as I pass the marker of 30-plus years of working. As my good friend puts it, “we have dodged the bullet this far, still having 10 fingers, two eyes and a few scares, so let’s not take any more chances.”

Personal protection equipment is the uncompromising rule when working – I gear up in gloves, jacket, helmet and whatever else the job at hand requires and I expect the same of others when working. It’s a simple habit that’s resulted in increased safety and productivity.

For those who haven’t developed a habit for safety like I have but would like to, 30 years of working isn’t mandatory. All it takes is a simple change in mindset plus a commitment to put the habit into practice day in and day out.

Depending on the task at hand, fully adopting a new habit can sometimes take a while. But that is not the case with the MIG Buddy welding gun holster, because when people experience it, the typical response is, “I can’t believe I ever worked without it.”

Although the MIG Buddy welding gun holster has established a reputation for quickly becoming part of the workflow, many welders have never heard of it. So what is it?

Simply put, it’s a docking station affixed to a welder’s workstation or welding cart where a welding gun can be easily stored for quick retrieval in between tasks. Essentially, the holster acts as a third hand for the welder, keeping the gun always ready. Easy to install, it comes with a universal mount that includes a magnetic base for easy mobility.

In addition to easy docking and retrieval, it protects the welding gun from everyday damage and accidental triggering. Without it, welders are prone to set a gun on the floor or on its side on the workstation where the trigger could be engaged, wasting wire and gas. Others might even precariously balance their gun on a nearby fixture where it is prone to fall and break.

There is nothing more important than safety: safety for the people you work with, the expensive equipment involved and the work material itself. The alternative to not practicing safety solutions can be expensive and, at times, catastrophic. Adopting safe habits leads to increased productivity and, in turn, the ability to produce goods and services at competitive prices. The combination of safety and productivity were the driving force behind the development of the MIG Buddy welding gun holster.

Whenever I tell anyone about the MIG Buddy, they almost always have a personal story of why they need it in their shop. I’ve heard everything under the sun: from rough treatment of welding guns to costly safety exposures. Having experienced many similar situations and near misses myself, I’m always in good company when talking about the welding gun holster. Here are just a few accounts.

Responding to a call from a coworker for help, a welder laid his gun down on the workpiece on the welding table, fully hot, and proceeded to rush across the shop floor. For the rest of the day, he continued to work with his coworker, forgetting he left his gun lying on his work area. While he was away, the gun slid off the workpiece onto the table, began to arc and proceeded to damage all of the finished pieces on the table. He lucked out, though. The spool of wire was close to the end and the arcing eventually stopped. Without that good luck, the accident could have created an even bigger financial loss to the company.

Sometimes luck can go the other way – where things just happen to be in the wrong place at the wrong time. After completing a job, one of many that day, a welder quickly placed his gun on the table, causing the gun to trigger, sending sparks flying. Although it was just a few sparks, a box containing a customer’s order was sitting nearby and suffered huge burn marks on the side and top. The completed order had to be totally repacked.

Damaged products aren’t the only casualties of a poorly placed welding gun, however. A production manager from a large fabrication company explained that every year the company experiences workplace injuries from workers tripping on welding cables. In his plant, he’s looking to implement MIG Buddy gun holsters as a key safety solution to keep cables off of the ground.

But the stories aren’t always about major catastrophes or injuries. Sometimes, I simply hear about common day-to-day issues with improper welding gun storage.

A customer relayed excitement about the welding gun holster as a means to increase productivity and avoid downtime. “Having welding guns lying around in the wrong place, things will and do get broken,” he said. “I have 15 production stations and when I have to call for a repair, the costs almost always exceed the welding gun repair. I also have to pay for lost production time, essentially paying the welder to sit around while we wait for the repair.” 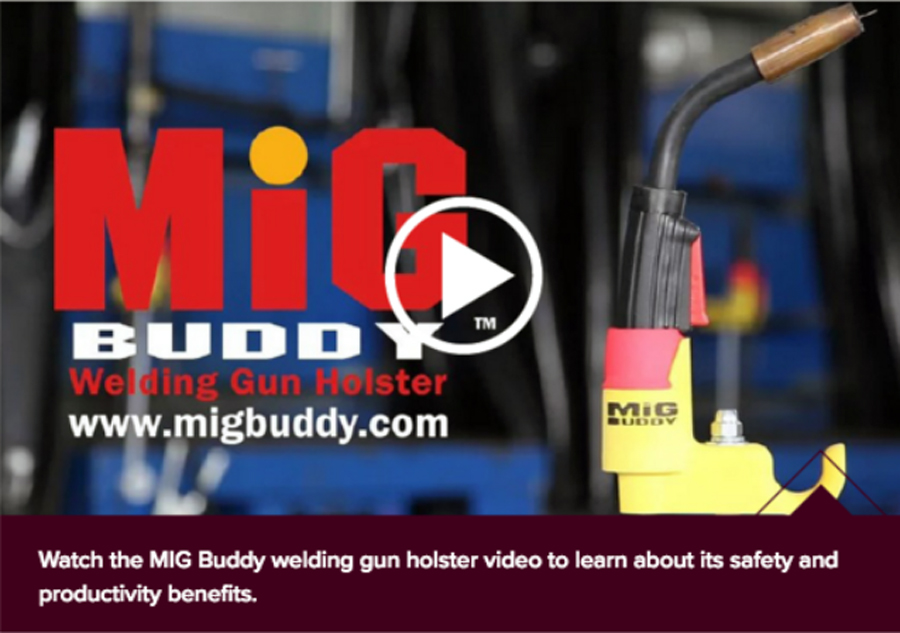 Back in 2008, I began distributing MIG Buddy prototypes and collecting feedback from welders who used the gun holster every day. At the same time, Contra Costa College in San Pablo, Calif., set up a MIG Buddy at all of the school’s welding stations. Here, the holster proved useful to students in welding classes and professionals in certification testing. The feedback was instrumental to develop the current model.

Today, the MIG Buddy is being used across many industries, from major manufacturing corporations and fabrication shops to individual welders. It also is being used with a range of welding guns from a host of manufacturers, including Miller, Lincoln Electric, Tweco, Hobart, Masterweld and Eastwood.

Beyond the range of welding guns the MIG Buddy works with, users also leverage it to hold TIG torches, plasma cutters and even gas torches. In these applications, the concept is the same – put the gun in a safe spot and keep it easily accessible. Customers are also asking for a holster for larger MIG guns, and the XL design is underway.

Peter Lock, professor at Contra Costa College, put it so well. “The MIG Buddy keeps the gun assembly in a location you can always count on and prevents damage to a part of the welder that means so much to the quality of a technician’s welds.”