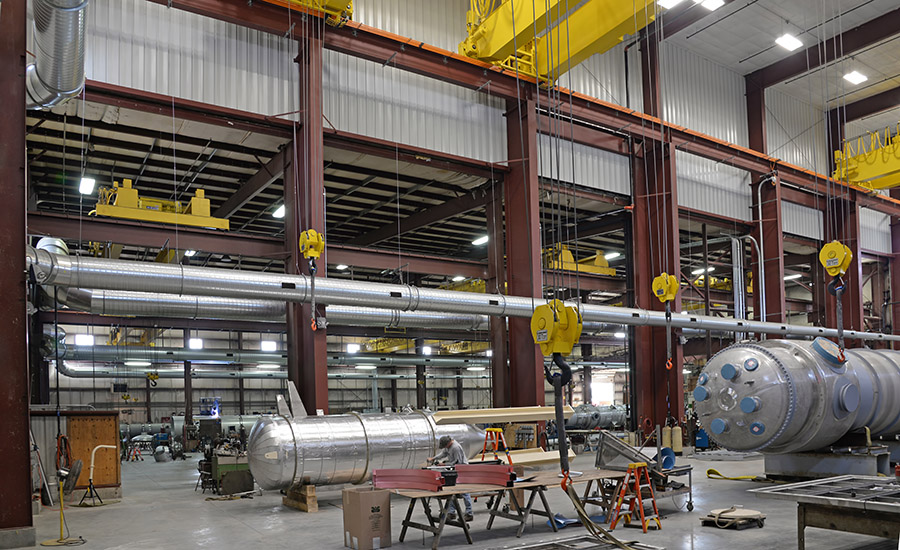 When welding small components, fume control is relatively easy. Robotic welders can be put under hoods, and a number of excellent source capture options are available for manual welders. But when welding large, heavy equipment – such as trucks, trailers and construction equipment – the options are more limited.

Like all welding applications, heavy equipment manufacturing generates toxic fumes. Depending on the base metal and consumables used, these fumes may contain toxic elements, such as nickel, copper, vanadium, molybdenum, zinc and beryllium.

Two of the most dangerous are hexavalent chromium and manganese. Exposure to these elements can lead to acute and chronic health conditions, including respiratory issues, cancer, kidney disease and neurological problems.

To protect worker health and safety – and meet regulatory requirements – it’s critical that manufacturers keep weld fumes under control. But working with large components can make this challenging.

When component size and overhead cranes make hoods impractical, it may seem like the only option is to pull fumes out of the air with a large ambient air filtration system capable of an adequate number of air changes or air turnover. However, many companies are overlooking system design options that could end up saving them significant money in equipment cost and energy use. 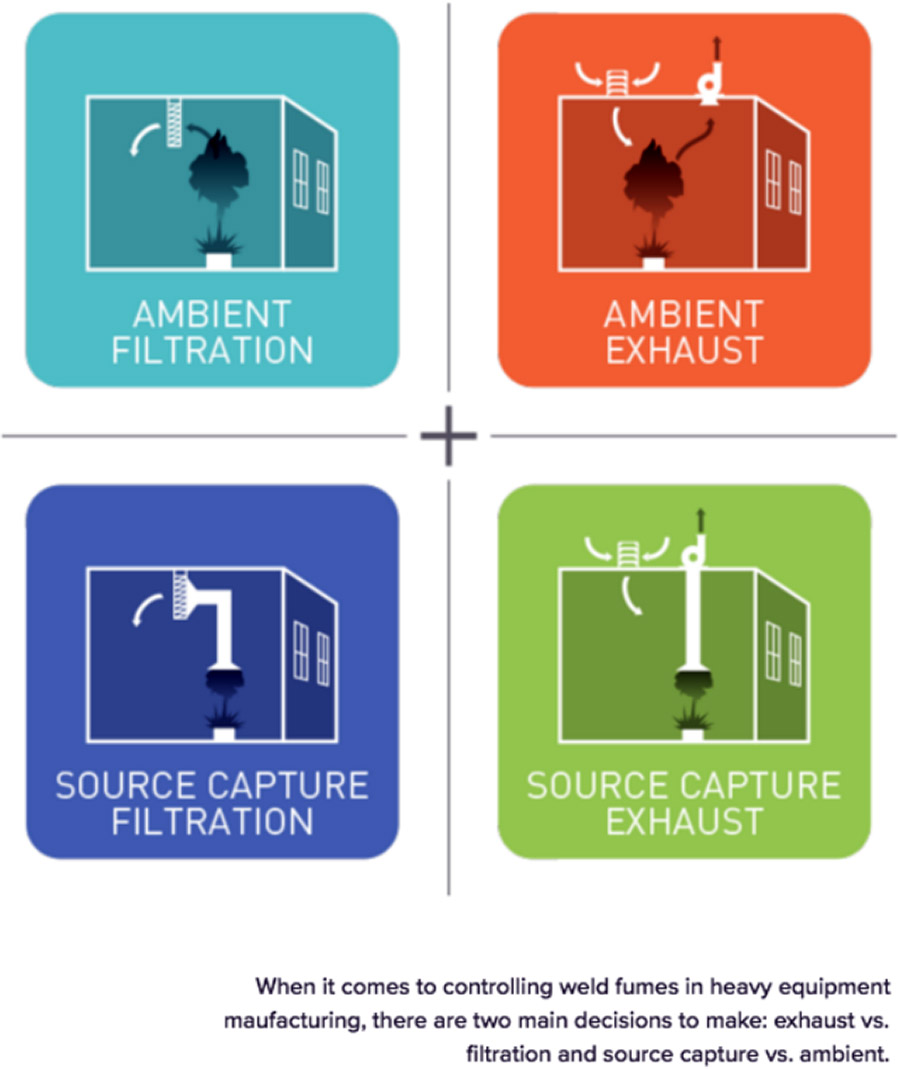 When working with large equipment, it’s natural to think of ambient control first. Ambient systems clean the air of the facility as a whole. In an exhaust system, dirty air is simply vented to the outside and clean(er) outdoor air is pulled back in.

Exhaust systems can help to keep overall particulate levels in the facility below OSHA limits, but if the facility is heated or cooled they will drive up energy costs by blowing indoor-temperature air out and pulling outdoor air in that must be heated or cooled. They may also put a company out of environmental compliance.

For these reasons, filtration is the preferred method for most ambient applications. An ambient filtration system pulls dirty air into a dust collector where it is filtered and returned to the facility. There are three main options to consider:

Ambient is a great option for a lot of heavy equipment manufacturers because it doesn’t interfere with overhead cranes and keeps air throughout the facility clean. However, there are some drawbacks to consider.

For these reasons, heavy equipment manufacturers may want to consider options for source capture, either as a standalone solution or, more often, as part of a hybrid ambient/source capture solution.

For parts suppliers and others working with relatively small components, source capture is probably the first line of defense for air quality issues. Small to medium-sized robotic cells can be easily contained under a hood. And a number of options are available – including fume arms and backdraft or sidedraft tables – for manual welders working on small, stationary parts.

When working on large equipment, source capture is more challenging. However, there are still several options that can be considered, depending on the application. Adding source capture can significantly lower total system costs as well as the energy required to run air quality equipment. This is because the closer to the source the fumes are captured, the less airflow (in cubic feet per minute, or CFM) is needed.

In some cases, a source capture solution can be implemented as the sole fume mitigation solution. However, for large equipment manufacturers, source capture is most often used as part of a hybrid solution that still includes an ambient system. A hybrid system substantially reduces total equipment and energy costs, in some cases by as much as 60 percent.

By collecting the bulk of fumes at the source, these systems allow manufacturers to get by with a much smaller ambient system to collect the remaining fumes rising from hot weld seams. They also do a better job of controlling particulate levels at the breathing zone where it really counts.

The best source capture solution depends on the application.

For some applications, source capture is simply not going to be an option. Robotic resistance welding, plasma cutting and arc gouging applications that cannot be contained under a hood require an ambient system as the first line of defense. But where source capture can be included as part of a hybrid system design, manufacturers can cut their costs significantly.

When it comes to heavy equipment manufacturing, it’s not always easy to determine which approach will provide the best value for the money. Computer modeling can help. Often, companies install a few dust collectors and then, if they are not getting the results they wanted, add more until the air is clean enough.

Modeling helps companies avoid over- or under-engineering their air quality solution and find the best solution in terms of both cost and effectiveness. RoboVent uses a process called VentMapping to optimize placement of source and ambient capture equipment and make sure the final solution will meet the company’s air quality goals.

Heavy equipment manufacturing has a lot of challenges, but air quality shouldn’t be one of them. With thoughtful planning and a strategic approach, manufacturers can find a solution that keeps weld fumes under control without breaking the bank.