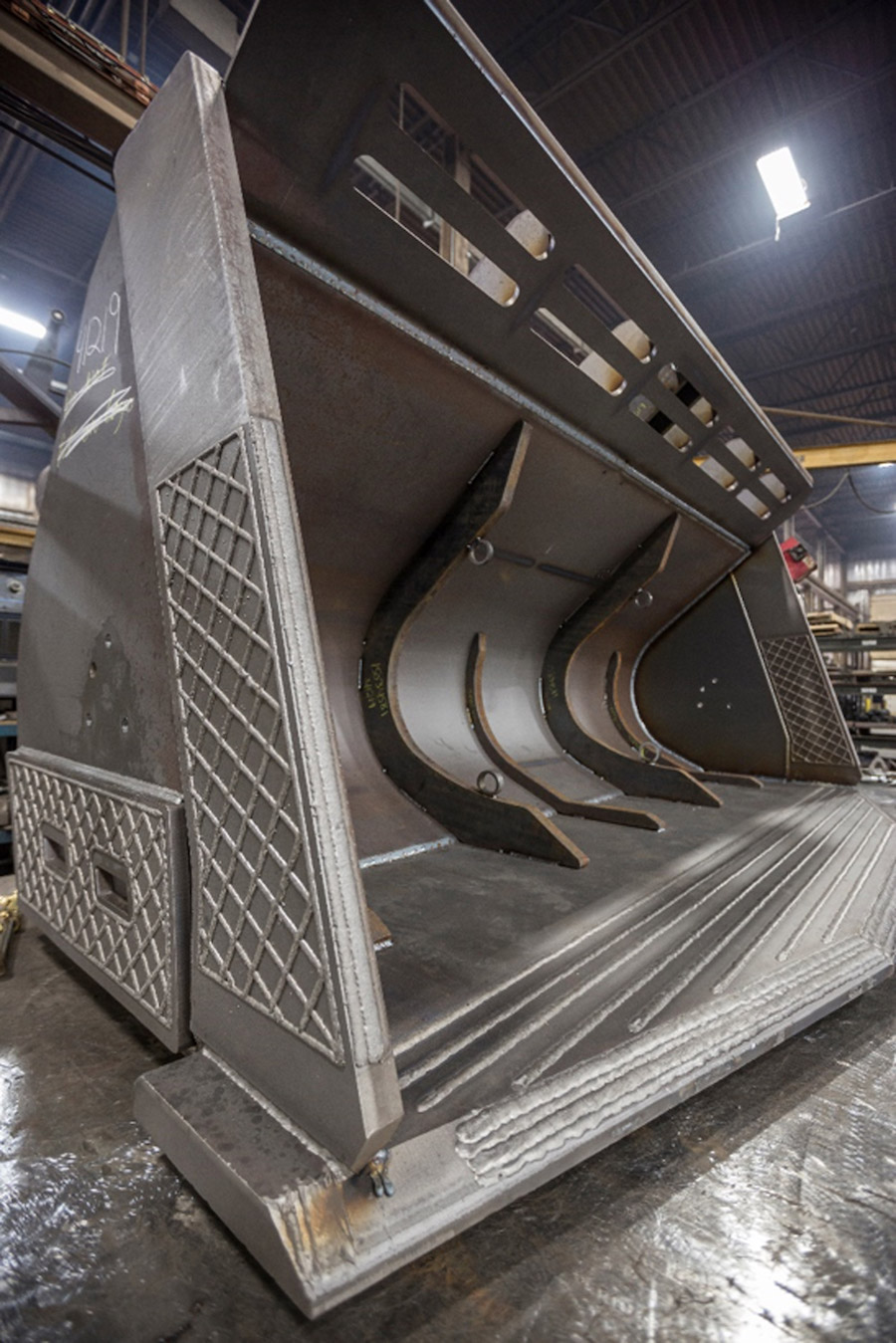 Heavy fabrication is one industry where it can be difficult to increase productivity without sacrificing quality during the welding process. The components are large and deposition requirements can be high on the heavier sections, creating long cycle times. Think of the heavy components used in heavy equipment: forming equipment, mining and construction machinery, heavy agriculture equipment, structural fabrication and machine tool frames.

“Orientation can be a challenge, as well,” says Troy Gurkin, industry segment director for heavy fabrication at Lincoln Electric. “You have the lead arc and the trail arc, and that orientation has to be maintained. For straight line-type progressions, it’s not an issue, but that orientation doesn’t lend itself very well to working around radiuses or welding into corners. Oftentimes, when tandem is deployed on a component, only a certain percentage can be welded, and then the remaining portion has to be done manually pre- or post-process. There is a lot of programming complexity involved and other issues such as arc-to-arc interference that can happen when you have two arcs instead of one.”

To overcome these challenges, something to consider is an automated single-wire MIG welding process – Lincoln Electric’s Process HDT (High Deposition Technology) solution. It delivers tandem MIG-type productivity rates or even higher and increased quality with a more stable, consistent welding arc. Other benefits include:

“This wire is specifically formulated to maintain arc stability and operability at currents greater than 500 amps,” Gurkin says. “Similar products in the market start to break down once you get above that level. When operating at 600-plus amps, you have to have the right hardware components, and in this case the wire, as well, to withstand that type of current because typically these are long duty-cycle applications. They have to withstand the long time and the high amperages and the heat input.”

What does this mean for the end user? For one, a decrease in capital investment. Only one power source and one wire feeder are needed. Less equipment also means easier setup and operation. There is no special programing required, fewer welding parameters and no interaction between electrodes.

The metal-cored wire delivers single wire deposition rates up to 40 lbs./hour, which is more than double typical single wire production rates and equal or greater than tandem MIG welding production rates. The wire maintains a consistent and stable arc at over 600 amps, and the wire formulation resists porosity.

“The combination of the wire and the waveform provides the stability that is maintained to provide the penetration and allow the weld to tie into the base material on the sides in a very nice manner,” Gurkin says.

The HDT system provides better versatility than tandem MIG welding, as well. Better torch access and maneuverability are achieved because there are no orientation or joint geometry issues.

“With tandem MIG welding, the lead wire has to run in front of the trail wire so you have to maintain that orientation throughout the weld sequence,” Gurkin says. “With a single wire, you have 360-degree rotational capability so welding into a corner or around a radius is much easier and you can weld more of the component typically with a single wire process. From the setup and programming standpoint, everything that a programmer would do setup-wise is what they’re already used to doing. There are no special work angles or travel angle setup considerations.”

As for material thickness, 1/2 in. and up is where this process really gets into its wheelhouse, according to Gurkin.

Overall, the HDT process can be summed up as a simplified way to obtain high productivity output while maintaining quality and not introducing extra complexity to the manufacturing operation.

“Typically, when you’re welding larger components and heavier sections, the cycle times are long,” Gurkin says. “You can see welding cycle times at well over an hour at some of these welding stations. But with HDT, in some cases you could see a 30 percent reduction in cycle time so that might take you from two hours down to one hour and 30 min. or 20 min.”