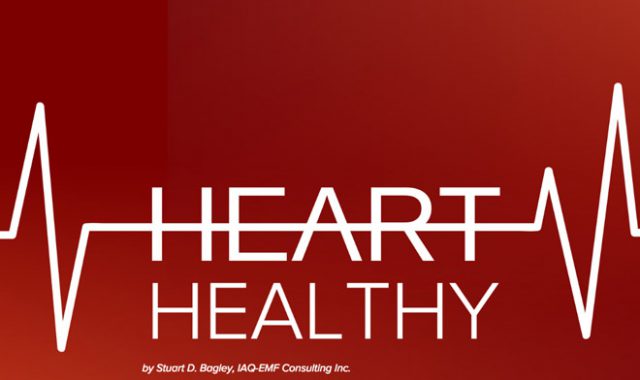 In the last decade, there has been increased public concern about exposure to low-frequency electromagnetic fields (EMFs) and radiofrequency fields (RFs). And in some instances, these fears are not unfounded. For people with cardiac-assisting devices, such as an implantable cardioverter defibrillator (ICD) or pacemaker, these devices may be temporarily inactivated or made to operate improperly upon exposure to strong EMFs and RFs.

Those concerns carry over for employers who have welding operations in their facilities – specifically, employers with MIG, TIG or other arc welding equipment as it has the potential for causing harmful interference with employees who rely on an ICD or pacemaker. For these employers, it’s advised to evaluate the EMFs and RFs in the workplace to protect the organization’s most valuable assets: its employees.

An ICD is a device that is implanted under the skin of patients that are at risk of sudden death due to ventricular fibrillation. The purpose of this device is to provide defibrillation if the heart enters a potentially lethal rhythm.

According to the American Heart Association, each month, 10,000 people are implanted with an ICD. Each year, nearly 600,000 people receive an implantable pacemaker or defibrillator. Taking those numbers into consideration, it’s highly likely that someone with an ICD or pacemaker may be working in the vicinity of arc welding operations.

EMFs are generated when an electrical current passes through a wire or electrically operated device, which can interfere with an ICD or pacemaker. With welding, when the welding current flows through an arc welder and its cables, an EMF may be created near the welder’s chest area, where the implanted cardiac device is located.

In addition to arc welding equipment, other equipment that can be found in industrial environments that may interfere with ICDs and pacemakers includes drive motors, especially DC driven, as well as battery-powered, cordless power tools, drills and electric screwdrivers.

RFs are generated by devices such as cellular phones, two-way radios, CB radios and broadcast towers. Occasionally when the source of RF radiation is close to the implanted cardiac device, it may interfere with the proper functioning of a pacemaker or ICD. The result, such as asynchronous (irregular) pacing of the heart by the device among other known effects, is potentially life threatening. Typically, the device reverts to its intended operating state when moved further away from the offending source.

In the case of arc welders, it is recommended to maintain at least a 24-in. separation between the arc welding equipment’s cables, arc, transformer and an implanted cardiac device. Often times, this is not a difficult task, considering employees with an ICD or pacemaker should not be welding in a facility, but instead performing other job functions.

A welder who has an ICD or pacemaker should first consult with their doctor before taking on a job that involves exposure to arc welding operations. Some doctors may suggest against a line of work that involves heavy arc welding.

One way of assuring employee safety for those with implanted cardiac devices is to test the workplace for EMF and RF strength. This is done by surveying the facility with specialized meters that detect the location and strength of those fields.

Specialized meters are available from a variety of manufacturers, such as Extech Industries. These types of meters are typically easy to use to determine EMF levels in the employee’s work area when a survey is undertaken. Importantly, measurement is equipment-specific, not area-wide. EMFs tend to be significant within a few feet from the source. The exception is overhead high-voltage power lines. They can sometimes produce an EMF measured in “volts per meter” over a wide area, depending on the voltage and location of the power lines.

The ensuing results can serve as a roadmap to ensure the safety of the employee. Those areas determined to be problematic can be dealt with by shielding of the source(s) or avoidance of those areas known to exceed safe guidelines.

Pacemaker and ICD manufacturers and several non-governmental bodies have created voluntary standards for exposure to EMF and RF radiation sources for those with and without cardiac implants. Those standards include those of cardiac device manufacturers, such as Boston Scientific CRM, Medtronic CRDM and St. Jude Medical; the American Conference of Governmental Industrial Hygienists; and the Federal Communications Commission in the case of radiofrequency broadcasts.

It may be desirable to hire an independent EMF consultant when surveying large areas or when exact measurements are critical. An individual’s physician, however, should always be the first point of contact when concerns of EMF exposure arise.

All welders – even those without implanted cardiac devices – should understand the proper methods to minimize exposure to EMFs while welding. The Lincoln Electric Co. recommends that welders route their electrode and work cables together, securing them with tape or tie wraps when possible. It’s explained that “if the cables are routed together, the EMF at that point is reduced. Some cables even include electrode and work conductors inside one cable which may be a convenient way to reduce EMF exposure.”

Proper welding techniques, according to Lincoln Electric, also include connecting the work cable to the workpiece as close as possible to the area being welded. Furthermore, the company says a person should never coil the electrode or work cables around their body and never place their body between the electrode and work cables.

As mentioned, keeping a safe distance from the welding power source reduces the potential for EMF exposure. To further reduce the possibility of exposure, welders can – when possible – weld at the lowest DC output settings acceptable for the welding application.