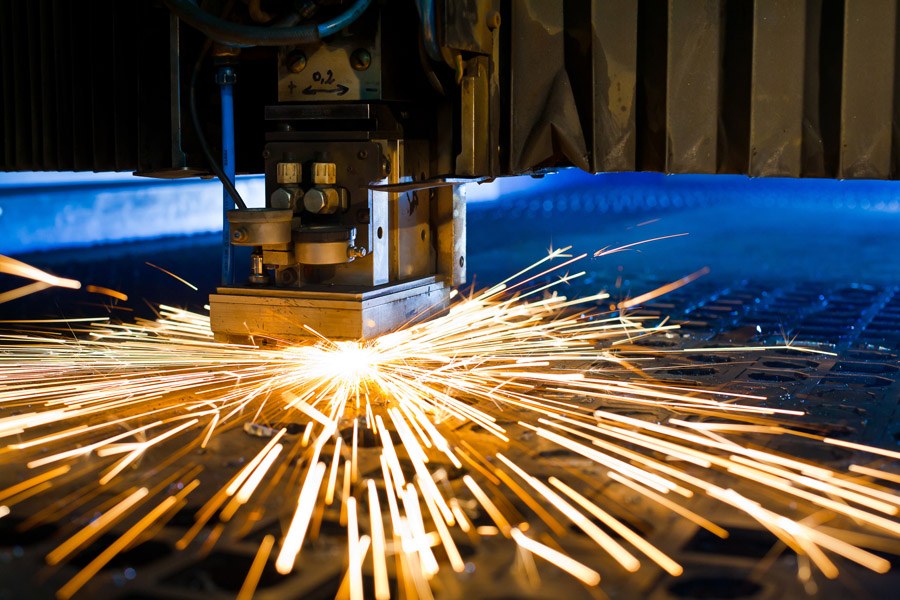 “The saying ‘An ounce of prevention is worth a pound of cure’ certainly applies to laser cutting,” says Kevin Keane, product manager for SigmaTek Systems. The ramifications associated with laser heads crashes – costly machine downtime and equipment replacement – are great. It benefits part manufacturers to invest in software that can prevent these crashes rather than deal with the aftermath.

Laser head crashes most often occur when when the head hits an already cut part or a loose piece of material from the cutting that is protruding up (known as a tip-up) on the cutting table. A crash also occurs if the head goes off the sheet and hits the table slats. “This is a constant part of the laser business,” Keane says. “Stoppages due to head crashes happen all the time.”

The damage can result in something simple like a consumable needing to be changed or can be severe enough that the head has to be replaced. Typical laser head replacement can run from $10,000 to $30,000, according to Keane. A crash doesn’t typically damage the parts themselves, but it can if they are fragile or very thin.

But the bottom line is production is stopped. The cost of machine downtime and repairing or replacing the laser head affects productivity. “Somebody has to intervene and get the laser machine back up and running and restart the program or, if the head was damaged, they may have to add that part to another job to get it cut,” Keane says. 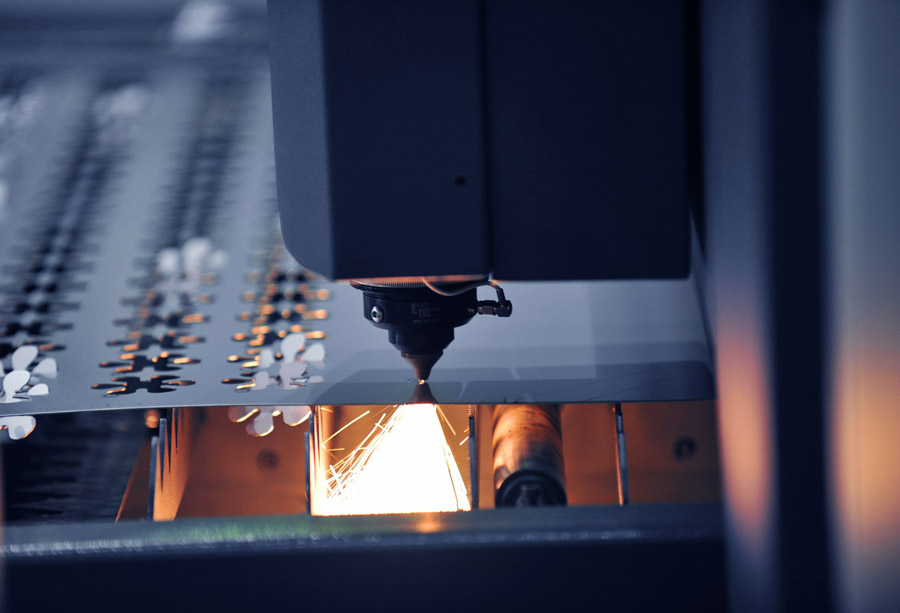 Laser head crashes most often occur when when the head hits an already cut part that is protruding up, known as a tip-up.

Some laser machines have protection devices to minimize the amount of damage. Such devices include different methods of holding the heads so they release easily, like plastic bolts that break easily or magnetic mounts or spring mounts that detach easily. Once the head begins to move and break contact from the mount, the machine goes into “emergency mode” and immediately stops to protect itself.

While the laser machine has devices to minimize damage when the crash occurs, “there isn’t a lot of technology on the machine to prevent collisions,” Keane says. “The machine is just basically following the instructions of the program. So it doesn’t know it is about to go into a crash.”

Software is the answer

SigmaTek v10 nesting software can program the machine in such a way to prevent collisions. The intelligent sequencing feature involves programming the sequence to cut a nesting pattern in a sensible order. “It uses algorithms to determine the sequence of cutting so the laser head is less likely to need to cross over previously cut parts,” Keane says. “It is never 100 percent avoidable because you can have complicated-shaped parts that can interlock. But, putting the cutting in a more intelligent order means you don’t need to do as much crossing over.”

The software can also handle threat detection and avoidance of previously cut areas. “If the laser head does have to cross over previously cut parts, we have technology that can do one of two things,” Keane says. “It can lift the laser head up before crossing over the part so there is less chance of collision. Or, the head can follow the outline of the cut part and go around it rather than cross over it.”

Another step the programmer can take is tabbing in the parts so they can’t tip up in the first place. Tabs are only needed on smaller parts. “Small parts typically less than 6 in. (152 mm) are not well-supported on the table slats,” Keane says. “The slats are around 2 to 3 in. (51 to 76 mm) apart. When you have a small part, it may only be supported by one or two of the slats, so after you cut it, the part can fall between those slats and stick up.”

Leaving a tiny section of material uncut prevents the tip-up. The tab is typically 0.0020 in. (0.5 mm) or less so it can be broken off by hand, according to Keane.

But does all this programming decrease cutting speed and affect productivity? “In the past, the answer would probably be yes because the rapid speeds of the laser machines were not very high,” Keane says. “But with today’s very fast machines, the time increase is not a factor.”

For example, to go corner to corner across a part that is 12 in.2, which is about 450 mm, on a machine running 7,500 ipm would take about 0.13 seconds on a modern laser machine, and to go around that part would take about 0.19 seconds, a difference of 0.06 seconds. “Even if you do that part 100 times on the sheet, it is only a few seconds,” Keane says. “So the safety factor of going around the part is worth the 0.06 seconds of extra time.” (See Table 1)

The tabbing might add some time if the part needs a fine finish. The remnant might have to be ground off by hand. But parts that are going to be painted typically don’t have to be touched at all.

Examples of the time it takes for the laser head to go across a part versus going around it.

Another way to minimize the chance of laser head crashing is the orientation of the parts. “If you nest parts so they are laying across the table slats rather than along them, there is less chance of tip-ups occurring to begin with,” Keane says. “The software has ways to control the nesting arrangement of parts to help with this, as well.”

However, it’s not always a choice. Stainless parts with a brushed finish might have to go in a specific direction if they have to line up with other parts for a certain look. Or, parts that have to go through a press brake may need to have the grain of the material in one particular direction for consistent bending.

And if the part requires thin material, 0.31 in. (8 mm) or less, it might cause tip-up problems. With thicker material, the part is trapped in the cut so there is less chance of a problem.

However, different configurations of table slats under the sheet can provide better support and reduce the risk of tip-ups.

Whatever the cause of tips-ups, it behooves part manufacturers to invest in software that can prevent their laser heads from crashing. It should be noted that nesting software with features to prevent crashes is not exclusive to SigmaTek, but is a feature of higher end software products. And, it’s used by manufacturers with higher end machines. “It’s the people with expensive laser machines that tend to care more about preventing crashes,” Keane says.