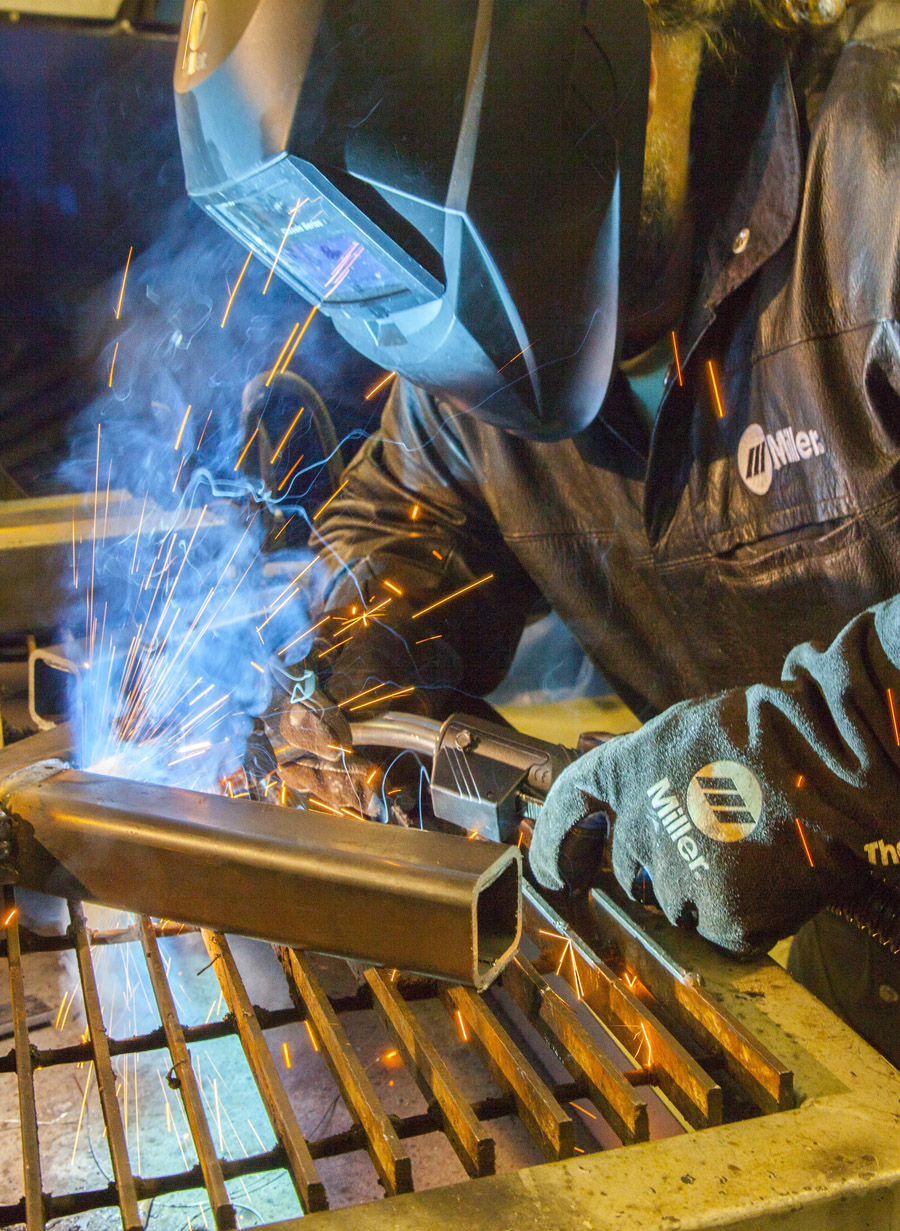 MIG gun liners serve a distinct and important purpose in the welding process: guiding the welding wire from the wire feeder, through the gun cable and up to the contact tip where the arc initiates. And while that task may seem simple, a number of problems can interfere with a liner’s ability to work properly.

In many cases, such problems can lead to quality issues, unnecessary downtime and greater costs. Proper liner selection and installation are critical to minimize such issues, as is effective troubleshooting.

To maximize MIG welding performance, it is important, first and foremost, to select the correct gun liner size for the wire being used. Smaller diameter welding wires, such as 0.023 in. to 0.045 in., have relatively low column strength. If paired with an oversized liner, these smaller diameter wires may “wander” within the liner, causing poor wire feeding and premature liner failure due to excessive wear.

Larger diameter welding wires, such as 1/16 in. to 1/8 in., have much higher column strength and aren’t as prone to such movement. Still, it is necessary to choose a liner that is large enough to accommodate for the greater diameter wire in order to feed it smoothly through.

The quality of the liner can also impact welding performance, productivity and operator downtime. Most liners are made from coiled steel wire, which creates a good balance of rigidity and flexibility and allows this component to guide the welding wire through a tightly bent cable without kinking. Premium quality liners tend to maintain a more consistent inside diameter throughout their length. Such consistency is critical, as variances as small as a few thousandths of an inch can cause wire feeding problems and downtime for replacing the liner.

Trimming the gun liner to an incorrect length is a common occurrence and one that can also lead to wire feeding problems, such as birdnesting (a tangle of wire in the drive rolls).

MIG gun cables have a helix pattern, which causes them to shrink or grow when twisted. If a welding operator trims the liner to fit the length of the cable when it is twisted, it may be too short when the cable is straightened. The resulting gaps between the end of the liner and the gas diffuser/contact tip may restrict the movement of the welding wire, leading to erratic wire feeding. It can also allow debris to build up in the liner or cause premature consumable failure. If an operator trims a liner too long, it can lead to kinking, which also results in poor wire feeding.

Some manufacturers print markings on the outside of thecable to show when the cable is twisted, providing operators the opportunity to straighten it fully in order to measure for the correct liner length. Other manufacturers offer liner gauges as a guide. Spring-loaded modules also are available that work in conjunction with a front-loading liner to help minimize issues if a operator cuts the liner to an incorrect length.

These modules are housed in the power pin and put forward pressure on the liner after the operator installs it from the front of the gun. They allow up to 1 in. of forgiveness if the liner is too short. 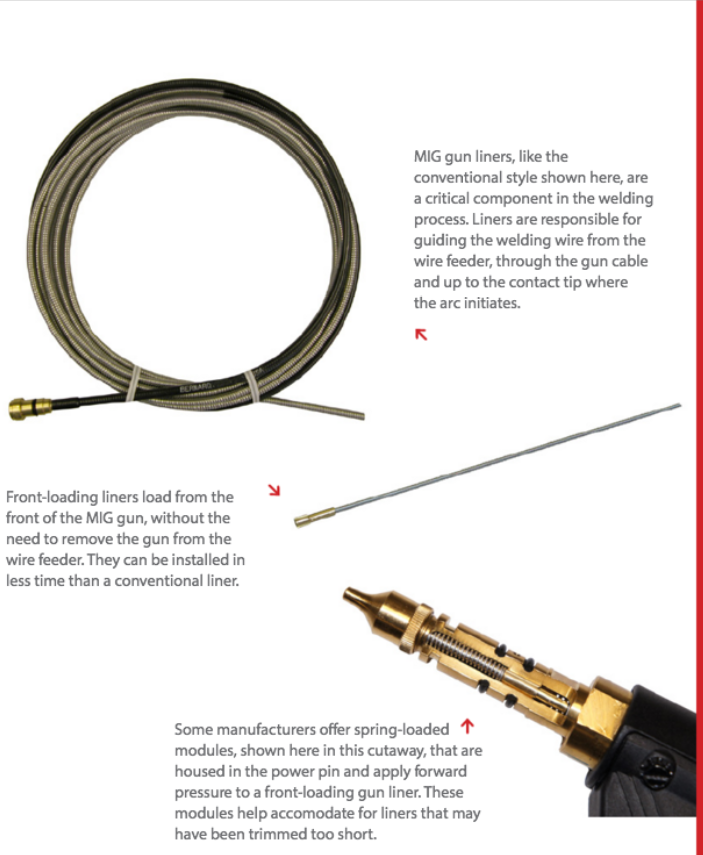 In other cases, operators will need to replace a worn-out liner. As mentioned previously, to expedite the process of liner replacement, some manufacturers offer front-loading liners or jump liners. These allow for liner replacement without removing the gun from the wire feeder and for replacement of only the most commonly worn liner section at the bend of the neck. Both liners are quicker to change over than standard liners.

Birdnesting: Birdnesting is caused when stoppages prevent the welding wire from feeding through the liner to the contact tip.In addition to an incorrect liner length, birdnesting can occur if the liner becomes clogged or if the liner is the incorrect size. When this issue occurs, the operator will need to remove the problematic liner and replace it with a new one.

Electrical short: If a loss of current at the arc occurs, it can often be the result of loose cable connections or a damaged cable causing the current to be carried through the liner instead of the power cable. Liner discoloration is the primary indicator that this problem has occurred, and the operator should replace the liner if this happens. It is also critical to repair or replace the power cable.

Remember, even though the gun liner is not visible during normal welding operations, it is still a significant factor in weld quality and productivity. Selecting the right liner and installing it properly can help maintain consistent weld quality and optimum productivity. Knowing the best way to troubleshoot issues like poor wire feeding or birdnesting can also help minimize downtime and costly repairs.