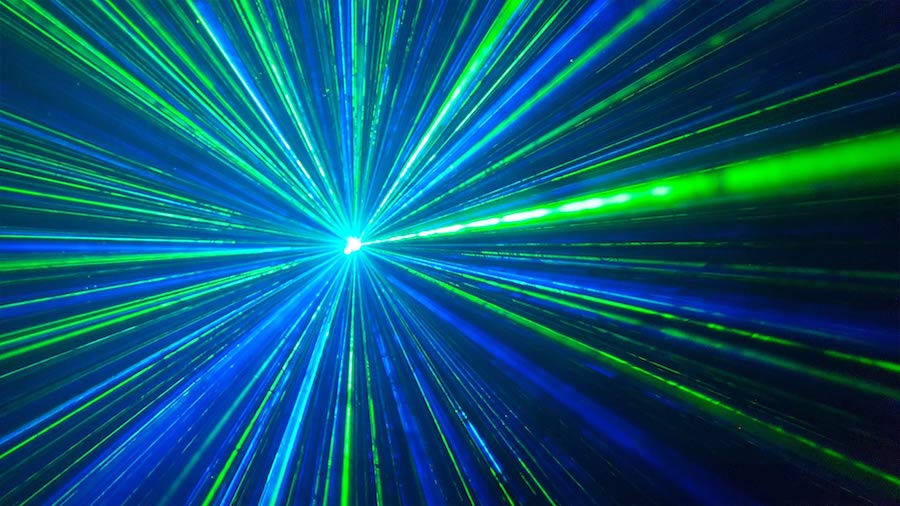 There is no denying it – electric vehicles (EVs) are the future of personal transportation and are poised to take a significant share of the automotive market from the classic combustion engine cars that have long dominated that space. In fact, Deloitte forecasts a compound global annual growth rate of 29 percent over the next 10 years with total EV sales reaching 31.1 million by 2030. By then, Deloitte also predicts that “EVs would secure approximately 32 percent of the total market share for new car sales.”

Fueling forecasts, the European Union aims to have at least 30 million zero-emissions cars on the road by 2030 while Ford says that by mid-2026, 100 percent of its passenger vehicle range in Europe will be zero-emissions capable, meaning all-electric or plug-in hybrid models. By 2030, the automaker expects to fully move to all-electric. It has already invested $1 billion in a new EV manufacturing center in Cologne, Germany, and plans to invest a total of $22 billion globally by 2025 to meet its electrification goals.

Ford’s investments are significant and cover a range of needs, but as any EV automaker can attest: The production of EV battery cells is a major focus for investment as it requires the adoption of new manufacturing strategies and technologies. Some of that is due to the increased use of copper. An article written by Jon Lynch, director of metals research and product development at the CME Group, the world’s largest financial derivatives exchange, notes that, “Electric vehicles use more than double the copper of an internal combustion engine automobile, and the metal is also used heavily in EV infrastructure.”

While the frames and chassis of EVs are quite similar to their combustion engine counterparts, it is the batteries, motors, inverters and wiring that require an increased use of copper.

To address the growing use of copper and the need to weld this highly reflective metal, a new technology has emerged in the field of laser welding. Currently, near infrared fiber lasers are being used to weld the battery housings, but the emergence of blue and green lasers in this application may serve as a productive alternative.

“Blue and green lasers are in the infancy stage, but it’s important to learn early on how much the technology is being adopted and where we are on the curve,” says Reuven Silverman, photonics general manager, Ophir Optronics Solutions Ltd. “No matter what, these technologies are going to grow because the applications for copper are growing.”

As a highly reflective metal, copper doesn’t absorb near infrared laser wavelengths as well as blue and green wavelengths. Because of this, it takes more time to heat the material and begin to melt it at the joint. In some instances, the material rises to what could almost be described as a boiling point, creating spatter as well as gas in the keyhole. Secondary processes to remove spatter are, unfortunately, not an option. The weld needs to be clean the first time.

“With blue and green lasers, you can weld quicker, more efficiently and with high-quality results,” says Nicolas Meunier, business development manager, high power and automotive products at Ophir. “These new technologies are helping people to weld copper with less energy and less spatter, which is critical as EV manufacturing continues to grow.”

According to a company press release, “To generate the green wavelength in the TruDisk Pulse 421, the frequency of the laser beam is doubled inside the laser resonator. The advantages of this green laser are many and varied. Copper absorbs the green light far better than the infrared. This means that the material reaches its melting temperature faster, the welding process starts quicker, and less laser power is required.”

Furthering its energy efficiency, welding copper seams with an infrared laser requires 2.6 kW of peak pulse power while the green laser requires only 1.4 kW. Reproducibility is another benefit of Trumpf’s TruDisk Pulse 421 technology regardless of the surface, be it oxidized, ground, sandblasted, rough or polished to a high gloss.

Switching to blue, Laserline’s LDMblue solution operates in the blue spectrum at 450 nm. According to the company, copper and gold absorb the blue light spectrum seven to 20 times better than laser radiation in the infrared range. Laserline continues, saying, “a closer look at the copper components quickly makes the wide spectrum of these components clear: wafer-thin wires are used, as are sheets with thicknesses of several millimeters.

“When thin foils have to be joined, low-impact depths and moderate-energy inputs are essential,” Laserline reports. “High intensities would separate the copper foil immediately, but since

you need high intensities to fuse copper with the infrared laser, this results in a dilemma. As a consequence, the infrared diode laser is not suitable for processing filigree copper components; rather, the ideal situation would be to weld with blue diode lasers, as with Laserline’s LDMblue.”

In terms of Laserline’s energy efficiency, the company says the energy consumption for welding copper has been reduced by 84 percent when compared to infrared lasers due to the fact that 1 kW is now enough for welding copper.

“[These competing technologies are] based on the massive need to weld copper – one problem, various solutions,” Ophir’s Meunier says. “Trumpf had this technology with a disk laser, bringing it to green and saying, ‘here is a great solution.’ Laserline had its technology with diodes, turning them to blue, saying the same about its technology as a productive solution. Regardless of which is the better choice, both arrived on the marketplace at the same time and that allows the user to be free to decide which works best for their application.”

It is not just laser manufacturers that are answering the call for the increased use of blue and green lasers. Companies such as Ophir are ensuring that its products can meet the needs of these new laser technologies, as well.

“When a company adopts a technology that they haven’t worked with in the past, and especially with newer technologies, it’s critical to monitor these processes,” Silverman says. “Newer technologies tend to be less stable, so if you’re going to a newer technology that you’re less familiar with, it’s even more imperative to check for stability. If laser power is changing and you don’t have the experience yet to recognize it’s happening, you’ll have an even greater need to monitor it closely.”

To do so, Ophir offers a range of power laser meters, including its Helios, that can measure a wide range of high-power lasers while measuring additional wavelengths, such as blue and green. For those in the automotive industry that are performing heat conduction welding with blue and green lasers, the Helios Plus is proving to be a reliable solution. Part of that reliability is thanks to the company’s commitment to achieve the ISO/IEC 17025 general requirements for the competence of testing and calibration laboratories.

“When you’re designing any product, you have to design it to meet a certain specification,” Silverman explains. “Before, lasers were primarily in the infrared range, and so that’s where our products were defined to respond appropriately. That also means the systems were calibrated for that range. Producing power meters for blue and green lasers, therefore, requires new calibrations. If you want high accuracy, you can’t use a system calibrated to those old specs and expect it to perform for every future need.”

In terms of whether blue and green lasers are the future of laser processing, there is still much to learn. For now, as a new technology, the cost is high and few have rapport with it.

“I don’t think that blue and green lasers will replace the near infrared fiber laser the way that near infrared replaced CO2,” Meunier concludes. “While they will take some of the market share, we’ll still have to weld the classic metals, considering cars aren’t going to be totally made with copper. At some point, though, electric cars will be the only vehicles on the road. So, to say the least, the need for these technologies is great.”