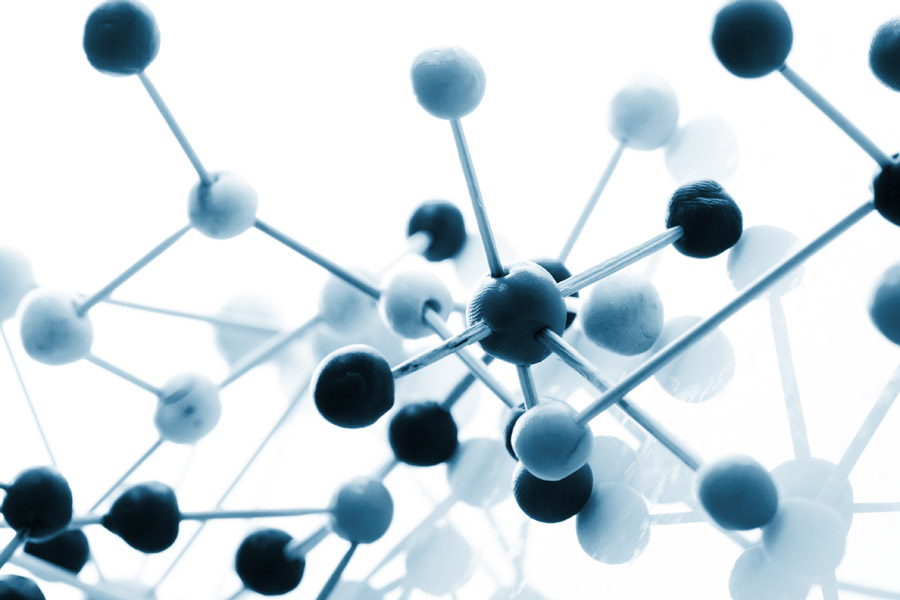 It takes more than a laser’s light beam to cut metal. To push the melted material out of the cut and reduce burr formation, non-reactive gases are employed, helping provide a clean finish. While argon and helium are typically used for specialized materials, such as titanium, nitrogen and oxygen are the more common assist gasses used in job shops cutting various types of steel and aluminum.

While the clean cutting properties of pure nitrogen as an assist gas are well known, adding a small percentage of oxygen to the mix offers benefits, as well.

Hesitation to use anything but pure nitrogen for the assist gas is based on the fact that small amounts of oxygen will cause some discoloration on the base metal, from yellow to black, depending on the material being processed. Oxygen is the source of an exothermic reaction, which leaves oxide on the edge of the cut, too much of which must be removed in secondary work. Because manufacturers do as much as they can to eliminate the need for rework, it would seem to make sense that pure nitrogen wins.

If the next step in the process is to paint or weld the cut part, anything less than a clean, silver edge won’t do – at least that’s the perception. That begs the question: How is it that more and more manufacturers are changing their tune and going with a mixture of nitrogen and oxygen?

Jeff Hahn, national product specialist at MC Machinery Inc., has been in the laser industry for three-plus decades and he’s witnessed the evolution of the technology surrounding it. Those evolutions in technology have included the various ways fabricators have approached the use of assist gas and the way it is supplied to them, including purchasing it in cylinder form or producing nitrogen on-site.

For those producing nitrogen on-site through the use of a generator, historically, there have been two main types: membrane generators and pressure swing absorption generators. Both feed compressed air into the system to produce nitrogen with the former using a membrane to scrub out most of the oxygen and other trace elements while the latter uses a carbon molecular sieve to absorb oxygen and other trace gasses.

About 10 years ago, when membranes were still commonplace in delivering nitrogen for laser cutting, representatives from Praxair and Liberty Systems brought in a self-enclosed membrane and achieved a 97 percent nitrogen rate for cutting aluminum on a CO2 laser.

“It was cutting aluminum like I’d never seen,” he recalls of the 97 percent nitrogen, 3 percent oxygen ratio gained through using the membrane. “No burr. A very good edge.”

Thinking about the 97 percent nitrogen production he witnessed, Hahn was struck with an “ah ha” moment that led to creating what is now called the Advanced Burr Reduction (ABR) system for MC Machinery, which mixes nitrogen with 1 to 25 percent oxygen. Instead of having to invest in a nitrogen generator, which can be costly, the system allows fabricators to use their current nitrogen and oxygen sources to achieve the perfect mix they need. Since high-pressure nitrogen sources are common in the industry, a quick solution to high-pressure oxygen is high-pressure cylinders. One needs to remember that the oxygen percentage is very low and consumed at a very low rate.

He found that for MC Machinery’s 4-kW, 6-kW and 8-kW fiber lasers, mixing 3 percent oxygen with the nitrogen is the best fit for those higher powered lasers, especially on aluminum where less dross is produced when oxygen is introduced into the nitrogen mix. Because the ABR can mix in oxygen between 1 and 25 percent, fabricators can achieve the various ratios they need for the various materials they cut.

“What happens on mild steel,” Hahn says as an example, “is you get too much oxygen on that edge, and if you want to paint it or weld it, it can make it more difficult. That’s why I like 3 percent. I’m not a welder or a painter. I’m not saying after cutting with ABR you can do those things – it’s the customers that say you can.”

Hahn estimates that 60 to 70 percent of MC Machinery’s customers purchasing fiber lasers include the ABR in the package, which consists of a 100-gallon vertical tank and a digital display from which the operator can make adjustments to the mixture.

The ABR system was introduced around four years ago and has evolved somewhat, going from a small horizontal compressor tank to a larger, vertical tank that offers a more stable percentage of gases. Hahn says customers are making faster cuts by adding 3 percent oxygen to the nitrogen rather than going with pure nitrogen, because pure nitrogen requires a higher flow rate for many applications.

They’re lowering their costs (due in part to using less pressure with the pure nitrogen with the ABR), seeing fewer burrs and realizing that a darkened edge doesn’t require secondary work.

One of the biggest cost savers, however, comes in the form of cutting speed: Speed is the key for most manufacturers that would rather have one laser cutting machine pushing out parts on schedule than invest in another one to meet demands. When the ABR is included, users get that faster cutting speed, but they also get technical data created by Hahn regarding how to cut mild steel, stainless steel, galvanized steel and aluminum, which further reduces the time involved in getting the desired cut.

“It’s pretty simple,” Hahn says of the ABR system, the only consumable of which is an oxygen sensor. “You basically just have to keep the gas pressures correct, and then it’s easy to mix. You just set the percentage on the dial and go.”

The only caveat is that users must have good gas sources to draw from, meaning they need a steady source to supply the laser to get a steady mix.

“If your supply pressure is going all over the place,” he notes, “your mixer isn’t going to mix right.”

Overall, it’s important to remember, however, that there are some fabricators that cannot accept any amount of oxygen in their assist gas. As an example, aerospace manufacturers that cut with standards requiring an immaculate finish will not be satisfied with the “dirty mix” that results in even the slightest discoloration.

“A lot of job shops will use the ABR – anything to be more competitive in the marketplace,” he says. “It can be faster with lower costs and fewer burrs, so it fights.”