In today’s competitive market, fabricators need every advantage they can get.

The UniPunch System offers just such an advantage for punching. For many fabricators that already use it, it’s a trade secret – so if you’ve never heard of it, it might be just what your shop needs.

The UniPunch System offers a different way of punching parts. And not only is it different, but it’s often faster, too. The company’s motto is Speed Within Reach, and this is exactly what it delivers.

The speed of the UniPunch System lies in speedy setup and fast run times. Fast changeover from part to part comes from using dedicated assemblies of the c-frame units that are inserted into a press or press brake and are immediately available to make parts. A common way to use the system is to mount any number of c-frame units on a template. Some fabricators make their own; others call on UniPunch to make the mounting system for them.

Fast run times come from making many holes with each stroke of the press.

Accurate hole-to-hole location is maintained by the pilot pin aligned with the punch and die that positions the units in the mounting system.

To see how it works in more detail, as well as see it in action, watch the video below. It shows how the UniPunch System is designed to help fabricators “tool up promptly [to] begin production quickly, change tooling fast [to] run small lots and shorten run times [to get their] parts through the plant.”

This video gives a detailed look at how the UniPunch System works.

This video explains how the UniPunch System can help give you a competitive advantage through reducing changeover, increasing production and enhancing success.

FSMD also had a chance to speak with Henry Llop, president of UniPunch, to discuss the background and other details of the UniPunch system.
FSMD: How long has the UniPunch System been on the market? How successful would you say it is?

Llop: UniPunch was founded in 1955, so the company has been in business for 57 years. Our success is evidenced by our market share – today UniPunch is the world’s largest manufacturer of C-frame-style modular-press tooling. We got there by maintaining a continuous focus on C-frame-style modular-press tooling, and have acted as both the manufacturer and the master distributor of the UniPunch brand, so we can promise customer service levels second to none.

FSMD: Why did you initially introduce it? Was it simply a matter of recognizing a market need?

Llop: The punches and dies of press tooling wear as they’re used, and in that sense, they’re consumables. UniPunch Products, Inc. was created to produce and offer these consumables for less money. The company had what was at the time a unique two-piece design that allowed much more efficient and less costly production of the punches. Customers saved money using the UniPunch punches and dies, and soon they were asking UniPunch to produce the complete line and we did. And with a focus on C-frame tooling, UniPunch emerged as the world leader.

FSMD: The UniPunch System is obviously conducive to small part runs, but some of our readers might be wondering if it would also have a place in job shops that are dealing with high-volume, low-mix part situations. What about those types of situations?

Llop: The UniPunch has a role in producing high-volume parts. Regardless of material being processed – sheet metal, structural shapes, even aluminum extrusions – fabricators, whether job shops or OEMs, running high-volume parts need to minimize run time. It would be trading one waste for another to make a process change to reduce set-up time while allowing per-part processing time to become longer. That’s why making many holes at once instead of one hole at a time, as with a turret or laser, is so important – to keep run time low.

Admittedly, there are many high-volume parts that are best made with an expensive progressive die set. The point is that if the part can be made with UniPunch modular press tooling, the manufacturer enjoys the speed of a die set without the capital commitment of a single-purpose tool. Unlike with a die set, with UniPunch tooling, if what had been a high-volume part will no longer be needed, the modular UniPunch tooling can be disassembled and rededicated to another part.

And while fast run time is especially important in high-volume situations, it should be remembered it’s never not important. Factory throughput is driven by the sum of set-up time and run time. With dedicated setups of UniPunch tooling you can have both: quick changeover at the press and fast processing time.

FSMD: With that being said, how would you advise a job shop debating between the UniPunch System and a traditional dedicated punch-press machine, maybe even with automation?

Llop: As I said earlier, compared to using a dedicated setup in a traditional punch press machine, if you can make the part with modular UniPunch tooling, you get the advantage of reusable tooling.

Also, for a new part, you will likely be in production sooner, because modular UniPunch tooling is available off-the-shelf, unlike custom-made die sets that may take weeks to design and then more weeks to build.

Next is consideration of design changes. A die set must be pulled out of service and returned to the tool maker if the part design changes. With modular press tooling, a design change can be as simple as relocating a C-frame holder – it takes much less time.

Maintenance is also an issue. To sharpen a punch and die, a die set must be pulled out of production and returned to the tool maker for disassembly and maintenance. But with the UniPunch System, replacing a dull punch with a sharp one can take place at the press.

Robots are becoming increasingly common in the industry, and UniPunch tooling can be as easily fed by a robot as a die set. Not so modern, but also common, is the practice of using coil feeders to move material through punch presses, and here again, UniPunch tooling works well.

Whether it’s UniPunch modular tooling or a die set, press tooling must interface with the press. And UniPunch offers both custom and off-the-shelf mounting methods to accommodate the particular situation of a manufacturer. In addition, instead of in a press, UniPunch tooling is often bench mounted and used with air over oil actuators driven by shop air.

FSMD: Can you quantify how much the UniPunch increases productivity for fabricators?

Llop: Productivity is outputs over inputs. And yes, UniPunch can quantify the difference, providing we have a process alternative with which to compare. And the comparison is made in two dimensions: time and money.

When comes to time, the question to ask is, “Are you getting more parts per hour?” The biggest difference comes when you can enjoy one-hit, one-part productivity compared to one-hole-at-a-time waiting for parts.

When it comes to money, first is the investment. To arrive at the dollar benefit, a manufacturer takes into consideration the cost of the alternative investments and the number of parts to be made to arrive at an investment per part – a $10,000 die set to make 10,000 parts is an investment of $1 per part. UniPunch tooling is usually less costly. A $3,000 setup of modular UniPunch tooling can be amortized over not just the initial part, but also the many parts for which it can be used in the future. In industry, in the accounting department of many fabricators, much UniPunch tooling has long since been totally written off, and on the factory floor it’s still in use and is a huge competitive advantage for the people who have been using it for years.

Manufacturers also consider the cost of production through time. In a comparison of cost per part, the argument for UniPunch tooling is compelling when a fabricator realizes that he can produce more parts per hour with a system that costs less per hour.

This document has been edited with the free version of the instant HTML edior. Try it here and use it every time for your projects. 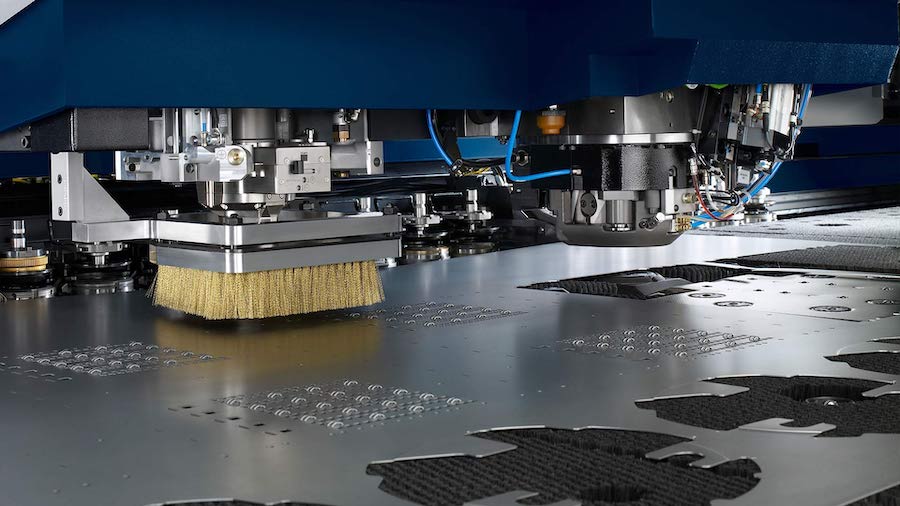 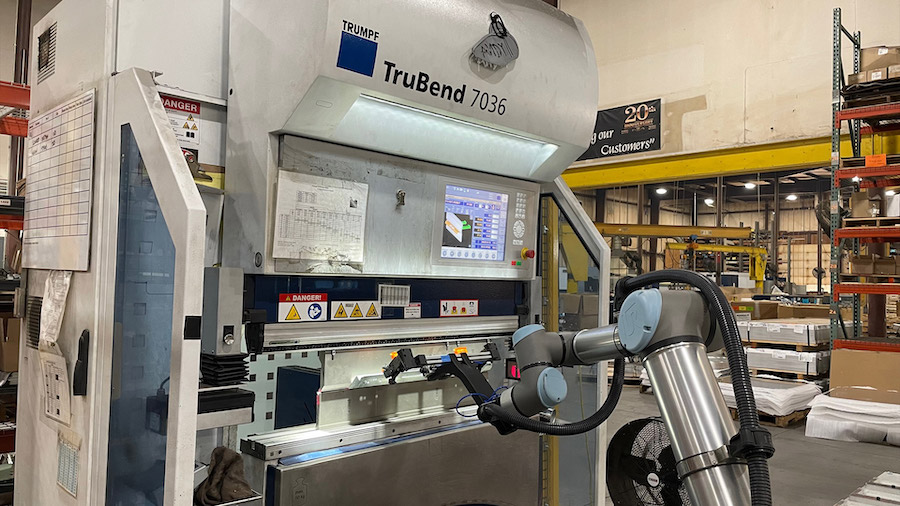