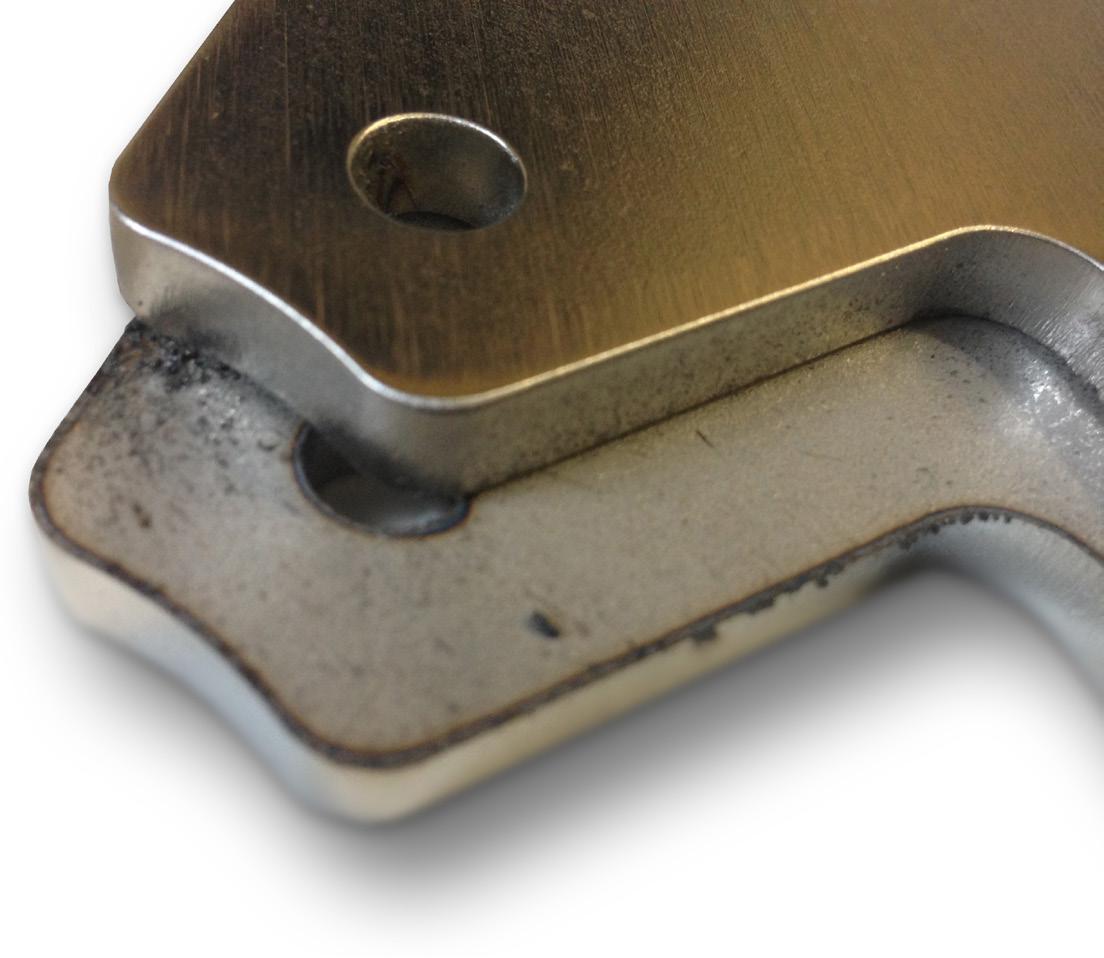 It became a decades-long search for Olivier Cerf. He wanted a machine that could deburr and buff metal parts at the manufacturing plant where his company, Polypack Inc., builds shrink-wrap machines. As vice president of operations, Cerf researched deburring and buffing machines for years and years, never finding anything that would fit exactly what they needed. Finally, nearly two years ago, he discovered MetalFinish LLC and a particular machine, the NS DM1100C.

“I never found a deburring and buffing machine I could use until I stumbled onto MetalFinish. It took 30 years to find this machine,” Cerf says. He explains that he was looking for a machine that could handle a variety of part sizes, that would be easy for his employees to use and wouldn’t cost a small fortune.

Polypack, a company founded in France in 1959, has a global reach with branches in Germany, France and Mexico. Headquartered in Pinellas Park, Fla., Polypack manufactures fully automatic tray loader/formers, total closure forming head wrappers, sleeve wrap shrink wrappers, tray and shrink systems, and a number of other machines for shrink wrapping a variety of products.

“Before we got the NS DM1100C,” Cerf says, “we did everything manually. We used a hand deburrer to sand down the edges and the holes. Now I have one person that operates the machine, and we are going 150 percent faster.”

Considering the time Polypack is saving, the money it is saving on materials needed to manually deburr and buff parts, and the quality of the parts after they go through the DM1100C, Cerf says the partnership with MetalFinish has been a “win/win.”

“The return on investment was one year for us,” he says. “Better quality, less belting materials – we’ve only replaced the belt once.”

“The difference for us was the simplicity of the machine.”
Olivier Cerf, vice president of operations, Polypack Inc.

Referred to as an affordable edge-rounding, cross belt machine by MetalFinish, the DM1100C includes 0.75-kW conveyor motors and two 3.0-kW sanding belt motors and can work with materials up to 2 in. thick and 43 in. wide. A 63-in.-wide version is also available. The machine can also tackle parts as small as 2 in. by 2 in. MetalFinish points out that this is an advantage over competitors that have a typical minimum part size in the range of 2 in. by 7 in.

Watch the DM1100C in operation to see how quickly and easily a belt can be replaced.

The DM1100C has cross belt heads that aggressively round inner and outer contour edges, yet leave the part surface relatively unscathed.

Any material that needs to be deburred or buffed is suitable for the machine, such as aluminum, copper, titanium, stainless steel and steel, and also including galvanized materials and aluminized and PVC-coated steels. Parts coming from a laser, shear, punch, drill or waterjet machine can be processed through the DM1100C. The machine actually runs in a dry environment, but is best complemented with a wet dust collector, which is especially useful when processing mixed materials.

The DM1100C operates with two counter-rotating cross belts that operate 90 degrees to the feed belt. The belts contain abrasive pad blocks that wear down the barely visible sharp edge left by the initial cut, leaving a soft edge. It’s this geometry that produces a strong rounding action on the edges, yet gently touches the surface of the parts being processed. It’s also this action that makes the machine a good match for any number of materials.

MetalFinish believes this machine is better suited for many applications in precision sheet metal shops in part because it costs about half as much as the dual-sided cross belt machines on the market and because it can handle smaller parts. The DM1100C is also configured for a belt replacement in less than three minutes.

Other perks of the DM1100C include its ability to replace manual labor by an 8:1 ratio, its low total consumables cost of approximately $6 an hour and its ability to improve consistency of edge quality over manual processing. Further perks include a single shift cost of $7.82 per hour and – even in shops with low volumes of deburring and edge rounding – ROI comes quickly.

But the main argument for the machine, the company says, is actually its incredible simplicity. This results in ease of use and achieves top grades for reliability.

In today’s manufacturing environment, nearly everyone is looking for ease of operation. MetalFinish caters to this need by allocating the operator panel on the right side of the machine with easy setup adjustments for material thickness.

The operator can also easily control the feed rate and media surface pressure controls. MetalFinish claims operators can prepare a precise set up from job to job in 30 seconds or less.

“The difference for us was the simplicity of the machine,” Cerf explains of Polypack’s decision to go with the DM1100C. “We also added in a feed table and conveyors before and after the machine.”

MetalFinish says the parts return system option, which is designed for parts up to 12 in. long, saves time and operation costs related to parts handling. By using the parts return system, a single operator can feed, inspect and store all the parts being fed through the DM1100C without going back and forth. This is especially productive for jobs that require double-side edge rounding. The wheeled assembly of the system ensures easy removal when jobs call for larger parts that won’t fit the system.

Cerf made the investment in the DM1100C in early 2015. “In all seriousness,” Cerf says, “it’s my best investment of 2015. It’s a really great machine – it doesn’t break down – it’s just very, very good. I wish I could say that about a lot of our other machines.” 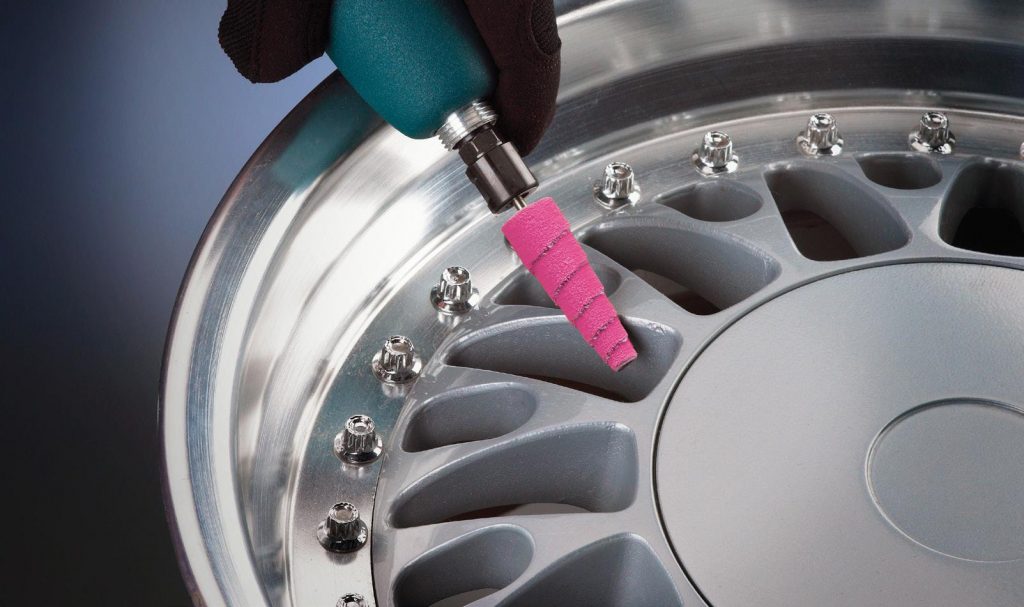 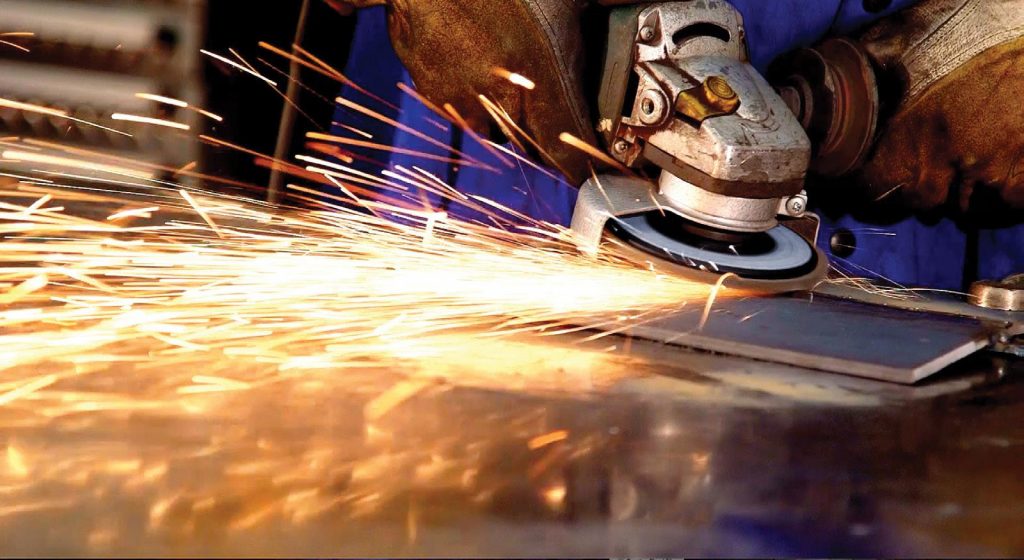 Productivity
Shape of Things
One of the first considerations for choosing an abrasive disc is the disc profile
May 09, 2019 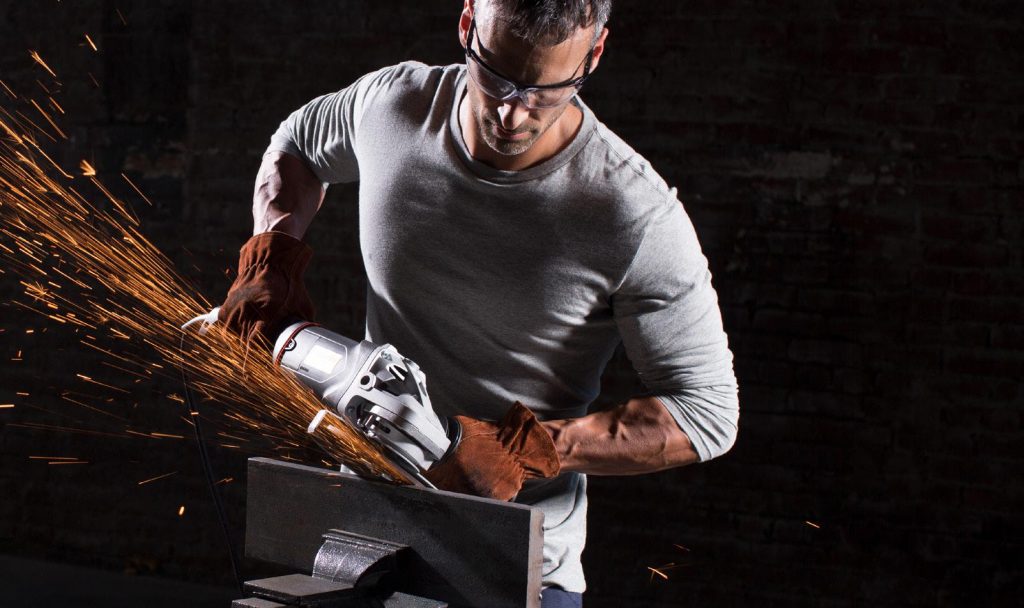