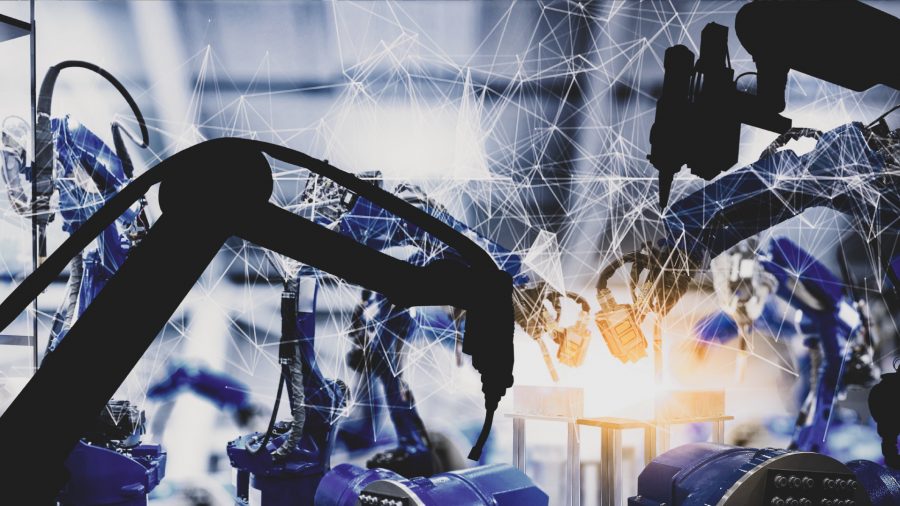 From the futuristic demons of science fiction to the syncopated assembly line robot arms in automobile manufacturing, robotics has become a catchword for mechanically replicating tasks that were often only possible in human hands. Robotics have actually progressed far beyond replicating human capabilities, and as the technology improves, the opportunities expand.

As recently as four years ago, the application of robotics was neither widely nor well understood. In the public eye, progress was framed in the context of wholesale job losses. In blue collar industries, this caused both corporate and political concern. At the same time, the economics of traditional manufacturing were applying consistent pressures to corporate bottom lines. Offshore competition in lower labor cost countries was the driver. Global robot production grew in 2021 by approximately 10 percent.

Two recent external events have had an impact on the growth of robot manufacturing. The ongoing drive to seek corporate growth through efficiencies has seen the application of robotic technology spread from the more traditional applications in mechanical assembly to a much broader set of industries. Food & beverage, electronics, waste management and pharmaceuticals have all seen considerable growth in robotic applications.

The accelerating values of land, labor and capital continue to increase robotics’ rise.

The cost of industrial land has increased while vacancy rates have dropped precipitously – 4 to 5 percent in the United States, and as low as 0.9 percent in cities like Vancouver, Canada.

One rapidly expanding industry creating that shortage is e-commerce. More than 19 percent of retail sales are now online, and industry estimates forecast that the United States will require 1 billion sq. ft. of industrial space over the next five years to satisfy the warehousing needs of this burgeoning industry. The need for logistics space is now competing with traditional applications of industrial land. All those last mile Amazon deliveries need to come from a local distribution center.

Over the past two and a half years, the global effects of the Covid pandemic on the workforce have dramatically increased acceptance and penetration of robotics. Shrinking numbers of skilled and semi-skilled workers and the resulting pressure on labor costs have challenged many traditional industries to search for alternative solutions.

The historically low cost of capital, driven primarily by the pandemic, has given robotics another boost. While much of the world undergoes massive industrial expansion, Industry 4.0 promises to meld technologies like artificial intelligence and advanced robotics with huge amounts of investment capital flowing to speed the automation of traditional manufacturing.

When the rapid progress in the applicability of robotics is added to the effects of the economic forces of land, labour and capital, there will be an expansion of onshore manufacturing capability. But this apparent success in industrial repatriation may not lead to a proportional increase in jobs. Work that once went offshore may now come back to factories that are quietly humming with robots.

How will Industry 4.0 affect the welding industry? With the expanded capacity of logistics and transportation, there is an increasing trend to prefabrication, such as when pipes are welded in a pipe shop before being shipped to the work site. The increased pressure on industrial land space will also accelerate this trend toward prefabrication among contractors rather than field construction, dramatically increasing the utilization of robots in process pipe welding.

A review of the last 15 years (see Figure 1) shows prefabrication has grown from 15 to 40 percent for pipe welding, with most near-term projections forecasting more than 50 percent increase in plant or refinery fabrication. Still, weld automation is about process and motion control for weld consistency in prefabrication shops and there is a large but challenging opportunity for smart welding with the use of Industry 4.0 tools to synergize the art of welding engineering and welders’ skills.

Digitization offers a critical core competency that enables “smarting” through data. Current data-driven approaches need significant amounts of data to mature in order to arrive at decisions. In welding, there is no such data set from which to draw. Most prefabrication needs digital manufacturing systems that work with limited data and physics-based digital twins. These systems take advantage of data-driven machine learning tools at the start while gaining reliability over time through adaptive learning with other fleets. This tool enables shops to analyze and compare different patterns to assess fabrication scenarios without risking the existing process.

In a number of industries, automation is helping businesses gain a competitive edge in production, quality and consistency. However, current automation is limited to in-box thinking, where we automate things that we know. Welding, especially high-mix/low-volume, relies on the more subjective art of skillful welders, which is more difficult to define inside a known box for automation. As a result, many industry participants avoid the challenges of high-mix/low-volume welding.

Typically, robotics manufacturers select applications that are less dependent on the art of humans for maximum profitability, avoiding the potential for risk, while improving the time to market. And while the robotics industries are the largest contributor to the scope and future of automation, Industry 4.0 comes with many new tools that are not just for robots. The future of automation in welding will evolve with the development of specific solutions to welding challenges, not just selling extensions of an existing technology.

The three economic factors of land, labor and capital are also at play in automation. Technology in the form of collaborative spool welding robots will alleviate the pressure and increase the productivity of pipe shops. From robots to cobots to hyper-automation, it’s a brave, new world where even the Terminator can evolve into the Governor of California.