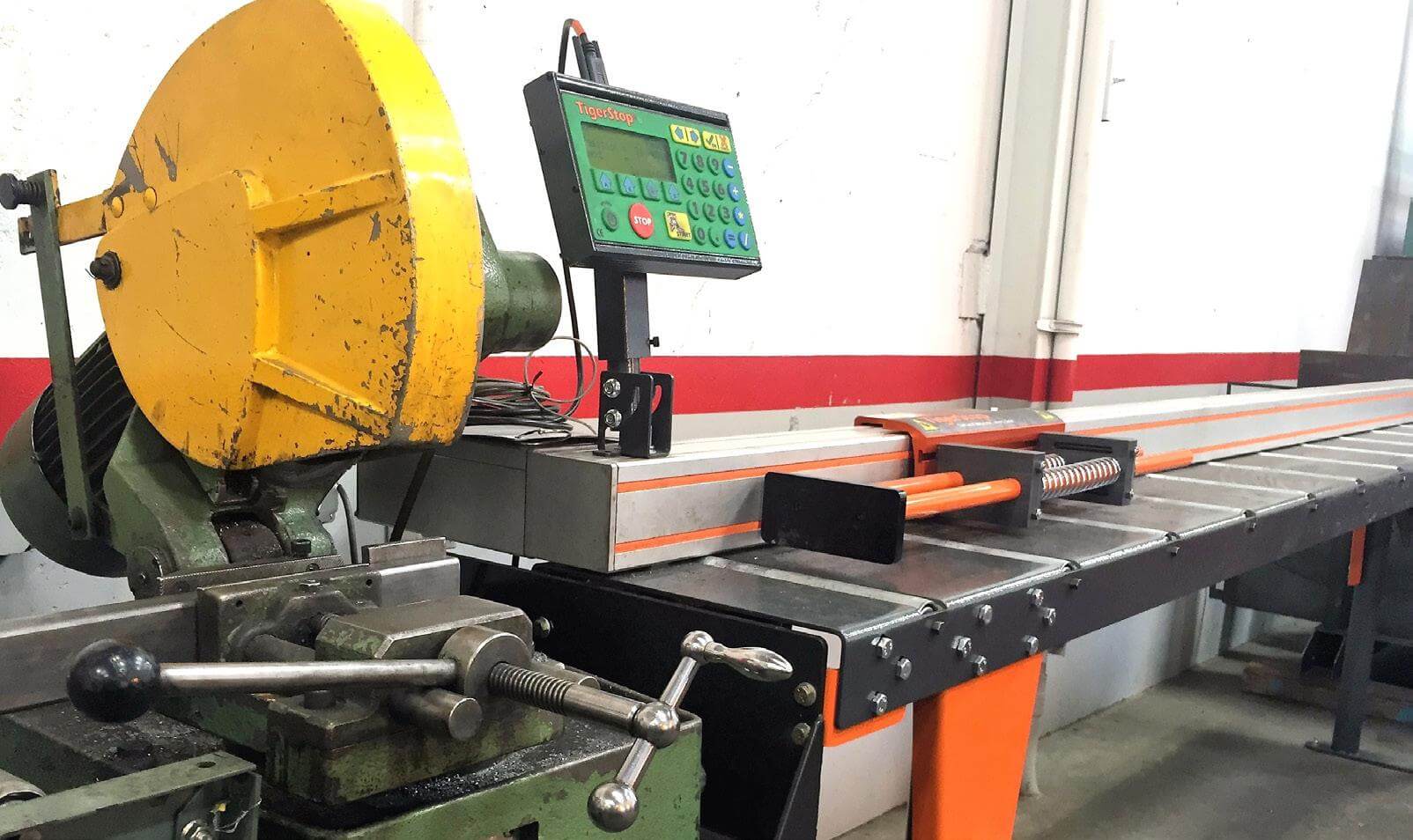 In 2010, Daniel Hester, a civil engineer working for a major construction company, decided to start a small shop in his garage in Oakland, Calif. Hester had worked in heavy construction for more than a decade, designing and managing bridge construction, but he’d always wanted to pursue his dream of starting a shop of his own. In no time, his extensive civil engineering background propelled his humble garage business into a full-time, lucrative gig.

Today, what was once a tiny garage shop operation is now known as Hester Fabrication, a small precision fabrication shop that primarily does prototypes and short-run production jobs. Small is relative, though. The shop encompasses a 6,600-sq.-ft. space in the Hayward Airport Industrial Complex.

Hester, accompanied by eight employees and his shop foreman, a.k.a. Hayden the Doberman, specializes in engineering and building devices for industrial use in an array of manufacturing industries.

“Our clientele includes several large multinational companies,” Hester says, “and we regularly ship our fabricated goods across the country and internationally. Our products include high-end security safes, construction equipment and material handling devices.”

He explains that Hester Fabrication’s goal for the future is to continue to develop innovative products and be the go-to source for companies that need turnkey solutions. Hester is described as being obsessed with the details and with building things that will last forever. But, overall, he is most passionate about designing and fabricating sophisticated solutions to complex problems.

“With the TigerStop, we are able to put a young apprentice on the saw and get better results in a fraction of the time.”
Daniel Hester, owner, Hester Fabrication

So where did Hester turn when he was facing difficult problems of his own?

“As a young business,” he begins, “one of our biggest obstacles has been finding qualified fabricators for the shop. Finding enough people with the skills to do what we do is extremely challenging – even for a shop that provides great wages and benefits to its craft personnel. Unfortunately, we feel that finding skilled craftsmen is only going to get harder, so we’ve been filling our shop with the best equipment to be less constrained by the limited number of skilled workers. The TigerStop is a clear example of that.”

TigerStop LLC, a Vancouver, Wash.-based company, developed its eponymously named flagship product, an automated pusher and stop gauge, so that operators can realize maximum productivity. It helps operators output more finished parts per day and helps to deliver on accuracy, which saves on labor costs and rework.

The automated stop has an easy-to-use interface, making it a viable tool for speed, accuracy and precision, even in the hands of an inexperienced operator. New operators can be up and running with the TigerStop with as little as 10 min. of training, which underscores the fact that there are more than 40,000 of them in the field today.

At Hester Fabrication, the TigerStop is used on a 12-in. cold saw to cut steel tube for a number of fabrication goods.

“Because of the high variance in the type of work we do,” Hester says, “we have to be a lean and highly productive shop. But because we also do high-end fabrication work for very discerning customers, quality comes first. The TigerStop has been a success in not only making us much more productive, but also by significantly reducing the amount of rework due to poorly cut pieces.”

“The TigerStop has been a success in not only making us much more productive, but also by significantly reducing the amount of rework due to poorly cut pieces.”
Daniel Hester, owner, Hester Fabrication

The Hester Fabrication team regularly builds tube frames to within 0.0312 in., and prior to installing the automated stop, this type of work required an incredibly skilled fabricator to lay out and cut the pieces.

“Before we had the TigerStop,” Hester says, “we would generate a cut list from our design software and give it to the shop foreman.” Depending on the complexity and dimensional tolerances of the job, the foreman would assign someone to cut the parts, or, for a high-tolerance job, complete the layout and cutting himself.

“Our saw previously only had a manual stop that was 3 ft. long,” Hester says. “If our parts were longer than 3 ft., we had to manually lay it out with a tape measure and scribe each cut. Even parts shorter than 3 ft. required skill to set up the stop correctly and accurately, which took a lot of time.”

Since investing in the TigerStop, Hester Fabrication has been able to make better use of its staff and resources. Now, employees with the most skill can spend more time on tasks like designing and engineering products rather than spending hours cutting parts. This has allowed Hester Fabrication to grow exponentially as an all-in-one engineering, design and fabrication shop.

By reducing the amount of time dedicated to cutting, the Hester Fabrication team can now focus on the details that really matter, like working with customers and their engineering departments to develop innovative products.

“With the TigerStop,” he says, “we are able to put a young apprentice on the saw and get better results in a fraction of the time. As a small shop, being able to free up our top guys to do other work is extremely important. For us, the ability to have anyone walk up to the saw and easily cut accurate pieces quickly has been invaluable.”