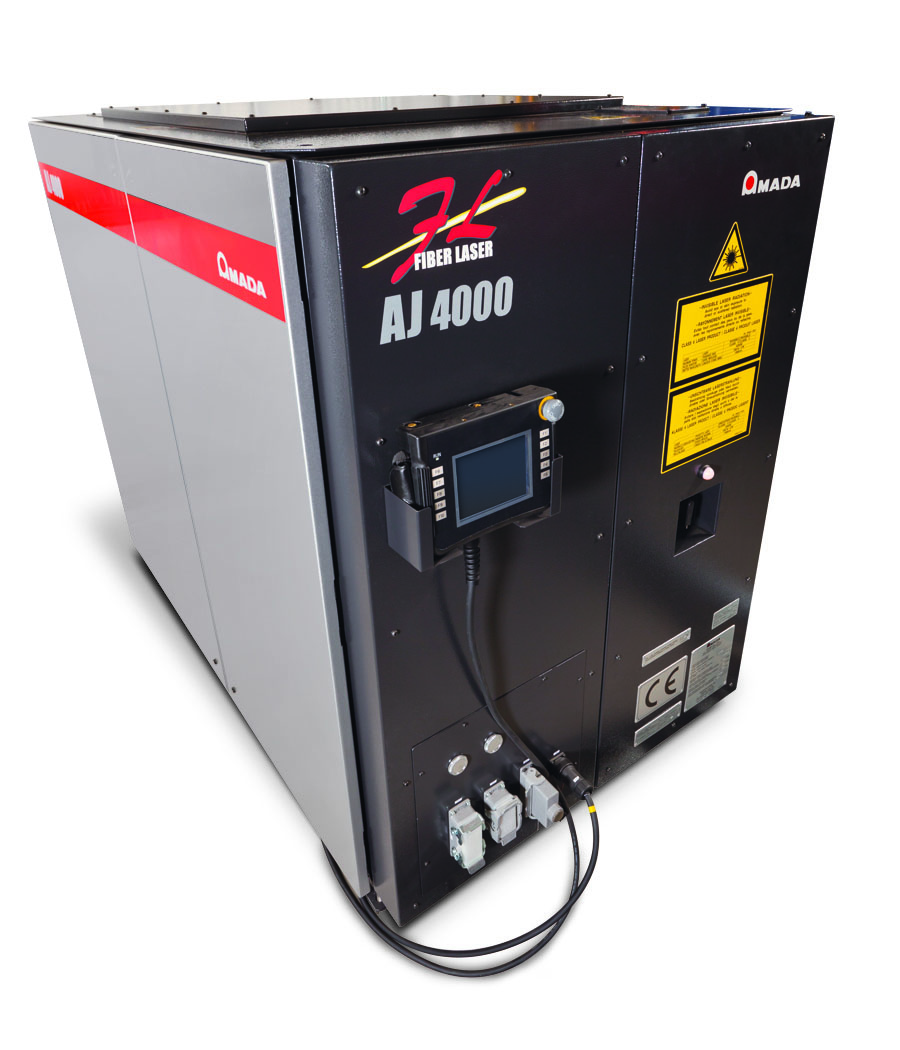 Fiber lasers have gone past the point of a mere trend and have become a staple in the metals fabricating industry. Along the way, they have been displacing CO2 systems – partially due to fiber’s reasonable acquisition cost.

On closer inspection, the growing adoption of the fiber technology reveals a multitude of benefits for the fiber convert: faster processing speeds and process quality, a higher wall-plug efficiency, an ultra-compact footprint, superior reliability, minimal maintenance requirements, and unparalleled versatility and flexibility. All of these are important considerations, especially for the cost-conscious user, but for many manufacturers, it is the flexibility of fiber lasers that is taking the technology far beyond the typical conversation. 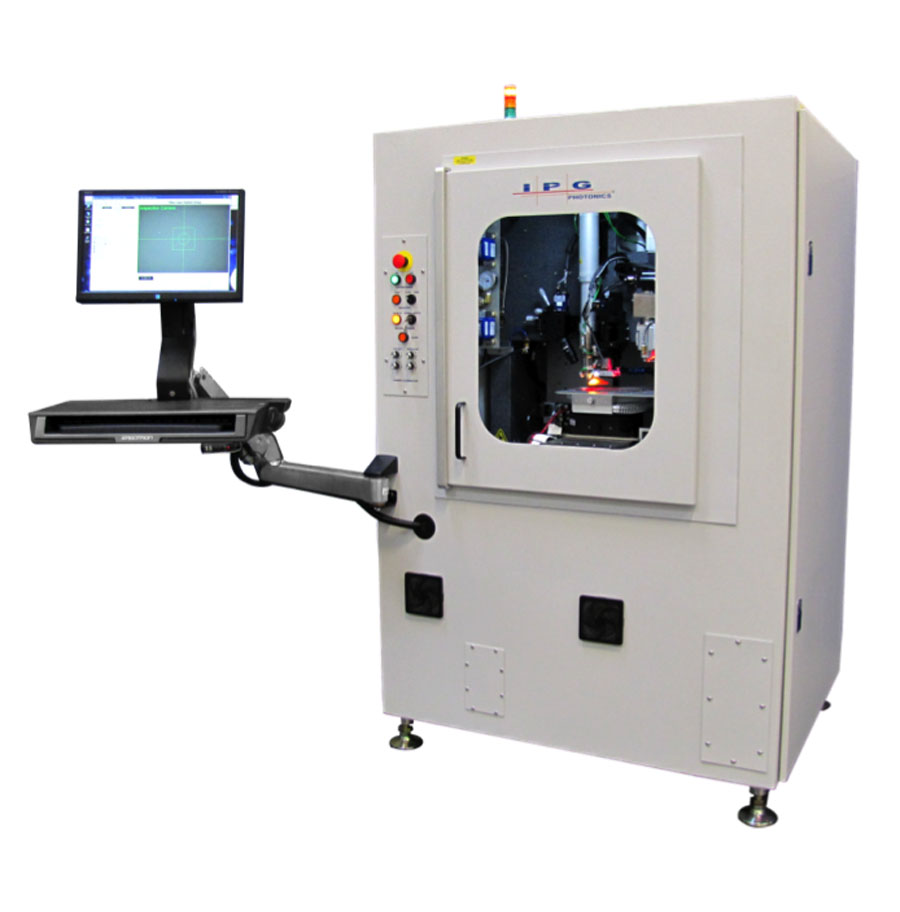 The bigger and better of yesterday and today is also becoming the smaller and faster of tomorrow. And fiber laser systems offer manufacturers and fabricators the ability and flexibility to meet the demands of this dynamic market.

Microprocessing is just as the name implies – the ability to manufacture on a small scale for the smallest devices. In the medical industry, with peoples’ lives on the line, often the smallest differences can have the biggest effects. Because of the precision and consistency needed in the medical industry, manufacturers can put their faith in the reliability of fiber lasers.

In today’s world, the medical manufacturer must provide evidence of safety and efficacy through a device’s lifecycle. Fast and precise laser marking for implants allows the manufacturer the ability to comply with the FDA’s soon-to-be-established Unique Device Identification system while also offering the consumer an affordable, high-quality product. Additionally, fiber lasers allow a manufacturer the flexibility to adapt to future legislation affecting product manufacturing with their ability to cut, micro-weld and scribe.

Therefore, fiber lasers are being used in a multitude of microprocessing operations for medical applications. This includes the manufacture of implantable devices such as pacemakers and bone screws, medical tools such as surgical blades as well as electrophoresis devices and microfilters used in diagnostic and analysis applications. 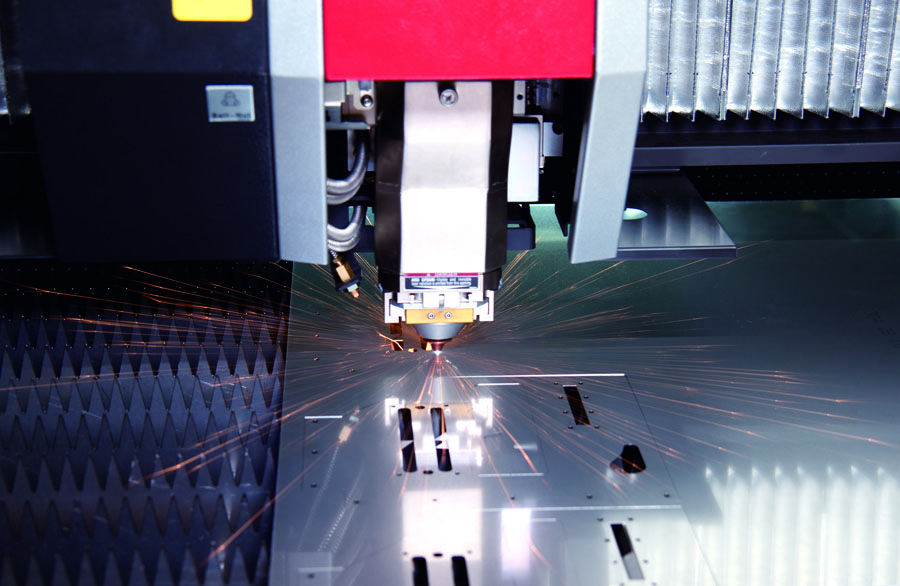 “One of the applications for microprocessing with fiber lasers is the fabrication of single-use medical devices,” says John Bickley, director of systems marketing at IPG Photonics. “When you are looking to create channels or holes that fluids, like blood, are drawn through, sizing is critical. For example, for things like electrophoresis devices, laser systems can be used for drilling small holes just a few microns in diameter.”

Before discovering fiber’s innate ability to create the micro holes, CO2 was employed. CO2 lasers, however, are better-suited for processing holes larger than 100 microns in diameter whereas many components now require accuracy for holes as small as 50 microns and below.

As with medical device manufacturers, consumer electronic OEMs are also seeing opportunities for fiber laser processing in their facilities. Those opportunities are resulting from the highly repeatable pulses that fiber is capable of producing. Not only are fiber lasers moving from the traditional infrared side of the spectrum into the green and ultraviolet wavelengths, but now picosecond and high femtosecond pulses have become a reality. These highly repeatable ultrashort pulses result in the precision necessary for consumer electronic manufacturing.

As the consumer electronics revolution continues to spread across borders and price ranges, the typical consumer has become more aware of the materials comprising their products. A generation ago, one would be hard pressed to find an everyday American who could name a “grade” of aluminum. Fast forward to today’s coffee shops and people are comparing the qualities of the current smart phone’s 7005 aluminum body/chassis to the previous version’s 6061.

So, as consumers become more informed, their demands dictate greater flexibility of the manufacturer. The wide range of processing now available with fiber lasers can allow manufacturers to stay on trend with the consumer. From flatbed systems for cutting sheet metal to multi-axis welders for the most intricate applications, fiber lasers can produce the sharp finished products that catch the consumer’s eye.

To serve the medical device and consumer electronics industries – among others – IPG has a microsystems division to focus on fiber’s greater potential. Located in Manchester, N.H., an hour’s drive from the company’s headquarters in Oxford, Mass., the microsystems group is manufacturing complete workstations that address micromachining applications, a natural progression for IPG, a company that has been at the forefront of the fiber revolution and high-power materials processing.

Since 1990 (and 1998 in Massachusetts), under the leadership of physicist Dr. Valentin P. Gapontsev, a pioneer in fiber laser technology, IPG Photonics has developed a wide range of fiber laser products for many different applications and end markets. The company is recognized as the worldwide leader in the supply of fiber lasers to industrial and other markets and over the last five years has supplied over 110,000 units to more than 2,700 customers around the globe.

As the company’s reputation quickly grew, it further positioned itself as a vertical manufacturer of all laser critical components, including diode pumps, optical fiber and active fiber blocks, various micro and bulk optics and crystals and process heads which are integrated into turnkey systems. Its expertise in producing these integral components is, unsurprisingly, the foundation of IPG’s foray into mass production of complete microprocessing equipment.

To produce the new equipment, IPG integrates its compact high-efficiency fiber lasers with high-precision beam delivery, which includes beam switches, processing heads and software. IPG has four application centers in North America, three of which have microprocessing capability, where, according to IPG, “customers can leverage the company’s extensive experience in ultraviolet, green and infrared materials processing to accelerate their own product developments and to maximize performance of their systems through the company’s maintenance and refurbishment services.”

Here, IPG engineers focus on laser-material interactions to optimize both high-precision and high-throughput microprocessing using a wide range of wavelengths from infrared all the way through ultraviolet, and pulse widths from microseconds down to picoseconds.

Right tools for the job

IPG is producing various workstations to answer the call for increased opportunities in microprocessing with fiber lasers in medical device manufacturing, semiconductor and electronics manufacturing.

In one example, the first beam delivery path is dedicated to a thermal process such as high-speed cutting, where a 1-micron fiber laser is used to melt metal or ceramic, while high-pressure gas blows away the excess material. Other examples of thermal processes include drilling, microwelding, soldering, marking and engraving, typically performed with CW, long pulse QCW and nanosecond 1-micron fiber lasers.

A typical second process, found in a separate beam delivery path, is non-thermal ablation used for micro-cutting and scribing, 3-D micro-milling, micro-hole and blind hole drilling, thin film removal, laser lift-off and ultrafine marking.When the material is ablated by a short wavelength (green or UV), nanosecond or a 1-micron picosecond pulse duration laser, a very small amount of the heat is absorbed by the surrounding area, allowing heat-sensitive materials to be machined.

When choosing the equipment and options, potential users must justify the capital investments. Two considerations bring IX-280 forward. One is the superb, down to a few microns, accuracy and precision of motion stages and beam positioning. The other is the efficient handling of the part alignment.

If a fabricator runs separate workstations for each process, the part realignment must be performed for each station. By having multiple processes integrated in one tool, users are able to reduce the time for part handling and alignment, thereby lowering overall labor costs and improving productivity.

In summary, the trend for the increasing adoption of fiber lasers in micromachining is based on the ease of use that it brings to manufacturers as well as the lower capital and operating costs when compared to CO2 and legacy solid-state bulk lasers. The remaining conversation behind the fiber trend will come down to how many markets are able to adopt it and in what new, exciting ways.