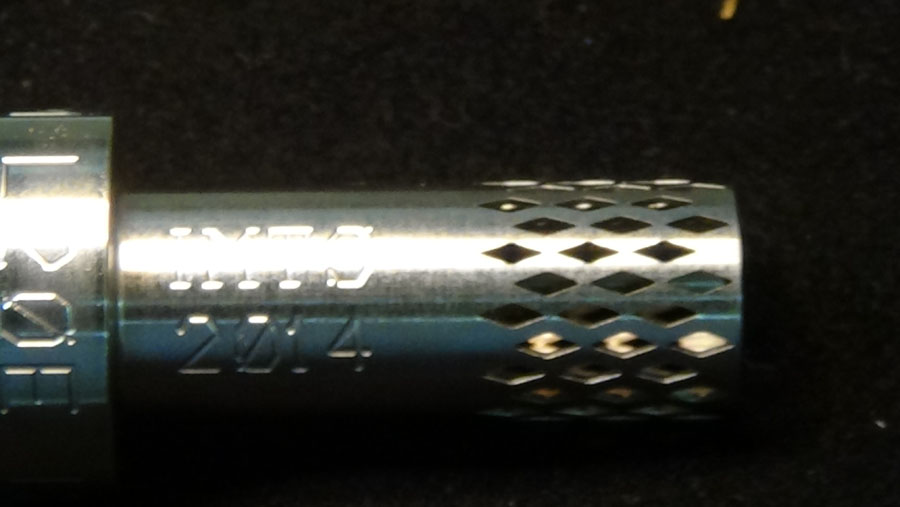 So imagine if a Swiss-style lathe and a laser were combined into one machine. The Citizen Cincom and Laser System L2000 are just that. Part Swiss-style multi-axis lathe and part fiber laser, it’s new to the market and geared for watch and medical-device manufacturers – and just about anyone else producing delicate parts that require the utmost in precision.

Watching these unlikely counterparts working in harmony is quite amazing, as can be seen in the video here. With coolant still spraying, the 400-W laser head gets to work, cutting and fabricating tubing and round bar stock like never before.

When the team at Shop Floor Lasers first came across the YouTube video of the Citizen Cincom L20E IX equipped with a laser cutting system, we knew we had to write about it. We had never seen a laser and a lathe combined in such a way where a running laser head could work so close to the amount of liquid coolant required in machining operations. So, it’s no surprise that we were excited to have the chance to talk to the innovators that are bringing it to market.

Pro tip: The video is well-made throughout, but gets especially good at about the 46-second mark. Once you see that segment, though, you’ll be compelled to go back and watch the video from beginning to end.

The stars of the video are the Citizen Cincom L20E IX, manufactured by Citizen Machinery, and the Laser System L2000, jointly engineered by Marubeni Citizen Cincom and Arcor Laser Services, a contract manufacturer comprised of laser consultants, engineers and fabricators. Gary Francoeur, president and owner of Arcor Laser Services, first conceived the idea and presented it to Marubeni Citizen.

Ranging from medical devices to intricate gears – essentially whatever you want to make from bar stock – Francoeur knew it could be used in a wide range of applications. Companies using it wouldn’t just be medical manufacturers and watch producers, though; it would also be electronics manufacturers and Tier 1 automotive suppliers. No matter the user, the resounding similarity would be the use of traditional machining plus a secondary process – in this case, a laser.

Marubeni Citizen agreed that by combining the capabilities of a Swiss-style turning machine with a laser, users could reap a myriad of benefits. Reducing setup time and handling costs while also increasing throughput were just the beginning.

Without the new combo machine, manufacturers and fabricators would be making a portion of their parts on a lathe or CNC machine and then taking them to a separate laser for cutting or marking. The extra time and floor space required to execute the two separate processes was just another reason that Francoeur knew it had to be put into production.

“Oftentimes, you need to perform secondary operations, and the idea came to light to do both processes in one machine,” Francoeur says. “Some of the geometric shapes that you’re seeing today also played into its development. You can’t produce as much as you’d like with just one machine – such as the tight corners afforded by lasers that many manufacturers need.”

And that’s where the laser truly shines. Francoeur knew, however, that the laser couldn’t totally replace the role of the turning equipment. “The idea is that the laser is just another tool in the toolbox,” he explains.

For Citizen, Francoeur’s pitch made perfect sense. Shortly thereafter, the two companies were in full collaboration.

Beyond the benefits that come from reducing the number of steps to produce a part and also reducing the amount of floor space required on a shop room floor, the Cincom machine and the laser system L2000 are able to reduce the time and cost associated with prototyping parts.

“Let’s say a customer wants to do some test cutting,” says Jim Cepican, sales manager at Marubeni Citizen Cincom. “Stainless steel tubing is expensive with long deliveries, and in some cases, you have to buy a minimum amount of material – and at a high price. With the L2000, customers can use solid bar stock and machine it into tubing. For tubing up to 1/16-in. wall thickness, with the 400-W unit, you can create your own, which makes prototyping so much easier and significantly less costly.”

“We wanted to open everyone’s eyes to a new way of using this technology,” Nickerson says. “It can generate a myriad of special shapes and configurations on most parts just as easily as it can create tubes out of bar by turning and boring.”

In addition to meeting the demands of manufacturers that need to cut precise, tight turns or those that need to reduce the expense of prototyping, the Marubeni laser L2000 allows customers more flexibility in terms of the thickness that they need to cut. Its 400-W laser helps to make that happen.

For thinner material, the machine is able to pierce holes as small as 0.005 in.

at 40 ipm. Medical stents, for example, exemplify the precision that comes from the combination of the Swiss-style lathe and laser. It also holds 12-ft.-long bar stock, turning it down to smaller pieces in short order.

“Its capability of changing bars automatically is an additional perk,” Nickerson says. “It can replace comparable size machines because of its inclusion on the machine. And that’s in addition to the turning and milling and other features we can perform that can’t be done strictly on a laser machine.”

Although the reputation of the Citizen Cincom lathe is well-established, the readers of Shop Floor Lasers might be most interested in learning more about the equipment’s laser. According to Francoeur, the laser component is 100 percent developed and supported in the United States by IPG Photonics, a leading provider of fiber lasers. Air-cooled, the laser is available with 200-, 400- and 600-W output power.

And in terms of the laser’s optical head specifications, it, too, is 100 percent developed and supported in the United States. It features an integrated camera for optical viewing and alignment and fine X- and Y-beam adjustment for beam alignment to the nozzle.

Nickerson goes on to explain that the controls for the Citizen Cincom L20E IX were designed with new users in mind.

“From the lathe part program, we’re able to choose the power of the laser as well as the gas pressures,” he says. “We have codes that tell us what pressures, feeds and power levels are needed for each specific part. As we know, every cut needs different parameters to make it work properly and the controls can handle that. We have a cabinet that has the laser control, but that’s just babysitting. Everything is done from the machine control, which is fully integrated into the system.”

So although the marriage of a lathe and a laser might be an unlikely one, Nickerson, Francoeur and Cepican agree: The Citizen Cincom L2000 was developed to deliver precision and productivity to the fabricating industry like never before. 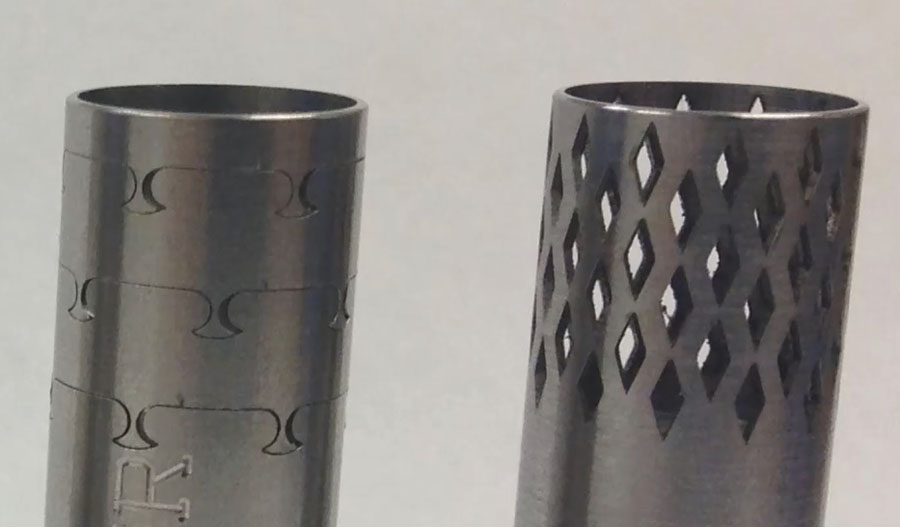