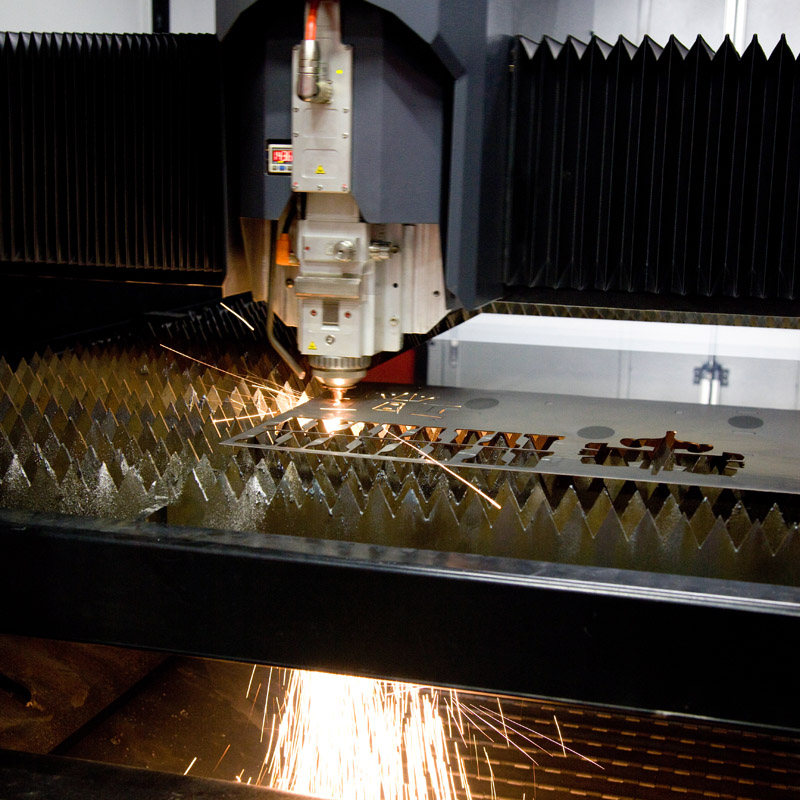 Over the past three years, fiber lasers have made significant gains in performance and reliability. Current fiber laser technology offers a more cost-effective solution than traditional CO2 lasers for cutting applications in the sheet metal fabrication industries, which is why many companies are replacing their CO2 lasers with fiber.

To understand the cost differences between operating a CO2 laser and a fiber laser, it’s important to look at the three major components of operating cost: electricity, consumables and maintenance. 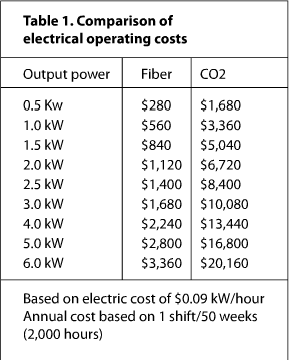 In fiber lasers, the active medium is ytterbium, a rare-earth element that is doped into the core of a flexible fiber optical cable. A semiconductor diode creates the light source, which is pumped through the cable. Fiber lasers have a completely solid-state design that does not require any mirrors or optical devices to transmit the laser beam.

In the thin optical cable, the laser beam has only minimal room for diffraction so a high-quality, high-powered beam is delivered to the cutting head. For the fiber laser user, this translates into cleaner cut edges and faster cutting speeds than CO2 lasers. Also, the optical cable has a high surface area-to-volume ratio, which allows for efficient cooling so there is very little energy lost to heat.

A CO2 laser generates a beam by electrically stimulating a gas-filled tube (a mix of helium, nitrogen and carbon dioxide) to produce light. The energized particle laser beam is directed toward the cutting head with the use of internal and external mirrors, an optical lens, flow gases and output couplers.

Moisture and hydrocarbons are released during the beam activation process, which adversely affects the beam quality and reduces the laser’s power output. In addition, these byproducts can accumulate on the optical devices, causing them to wear out. 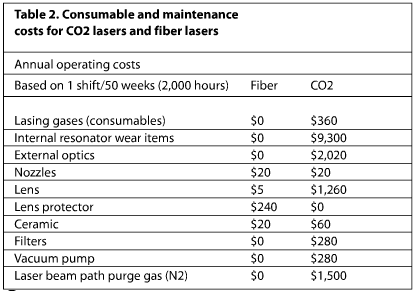 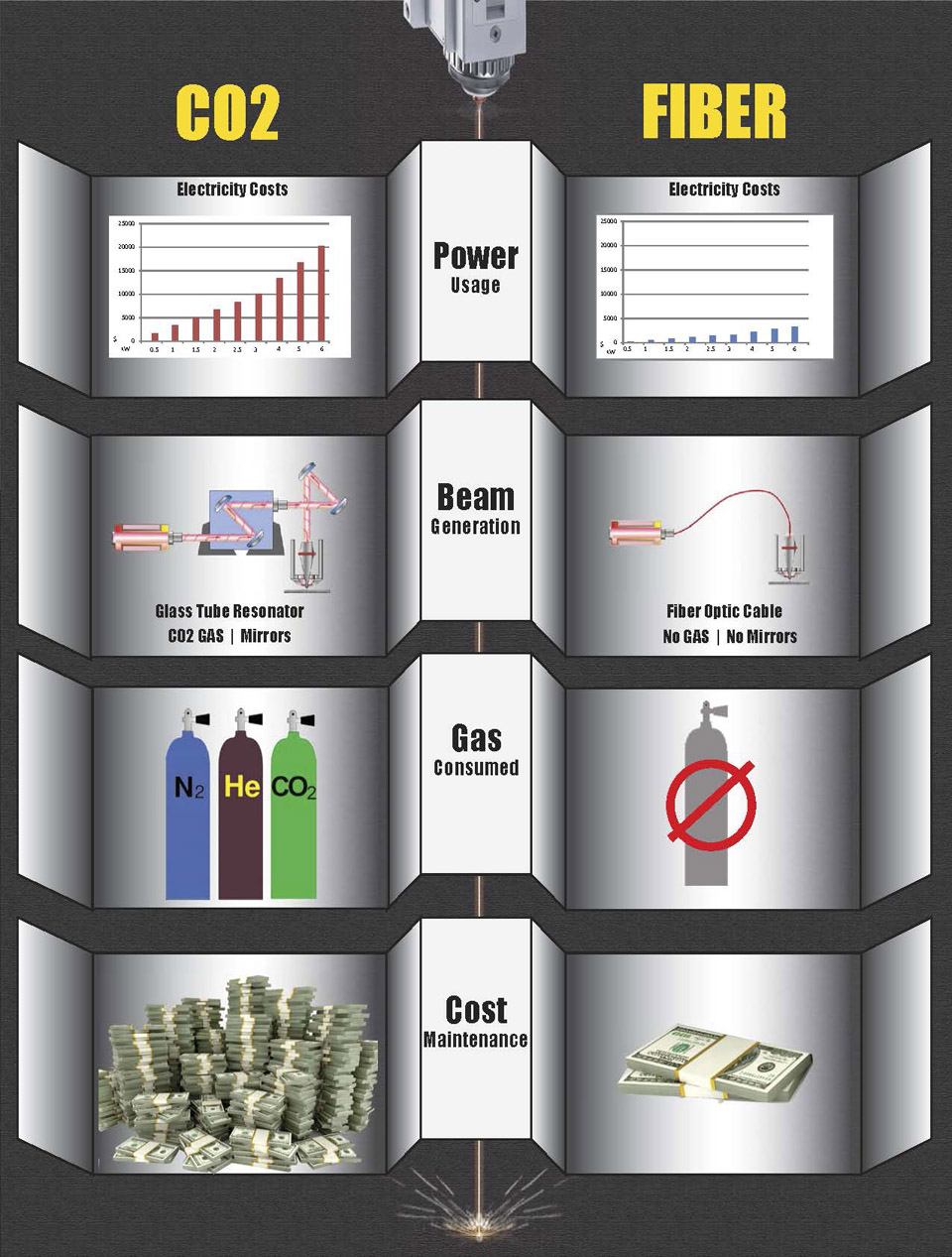 Regular maintenance and replacement of component parts is required to keep the CO2 laser in optimal operating condition. Table 2 compares the cost to generate the laser beam, that is, consumable and maintenance costs for CO2 lasers and fiber lasers.

There is a significant cost difference for electricity, consumables and maintenance between fiber lasers and CO2 lasers. So whether a company is thinking of installing its first laser or deciding to replace an older laser cutting system, it is important to consider the total operating costs before making a purchase decision.