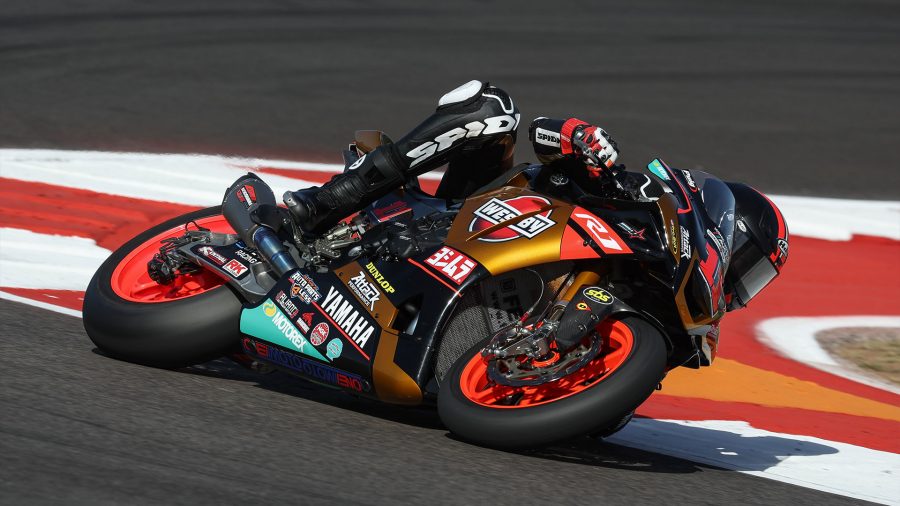 To a motorcycle enthusiast, nothing beats the roar of a finely tuned exhaust system. Yoshimura R&D of America Inc., located in Chino, Calif., has built a business based on that sound. Whether cruising the highways on a Ducati Panigale or tearing up the track on a Husqvarna Enduro, Yoshimura R&D will make the bike sound meaner, go faster and weigh less than it did with those stock pipes. Thanks to BLM Group, this 68-year-old company can now produce more high-quality exhausts in less time than ever before.

“Before investing in BLM Group’s CNC laser cutting system, we cut everything by hand using saws and manual layout methods,” says Yusaku Yoshimura, the company’s CEO. “Now, we produce 50 percent more each day and have been able to move several skilled people to other departments where they can add value to the company in other ways.”

Yusaku is the third generation of the Yoshimura family to manage what is now a 150-employee company. His grandfather, Hideo “Pops” Yoshimura, leveraged the skills he learned while serving in the Japanese Air Force and began modifying the motorcycles of servicemen stationed in his country after the war. In 1954, he founded Yoshimura Motors.

Over the coming years, Pops became heavily involved in motorcycle racing and his shop gained a reputation as the place to go for winning modifications. Long fascinated with American racing and an eye on competing in the Daytona 200, he opened a second shop in 1971 – this one in North Hollywood. Yoshimura Research and Development of America Inc. was born.

The company has thrived since then, and under Yusaku Yoshimura’s guidance, has begun looking for ways to improve its manufacturing efficiency. One improvement was investment in a laser welding system earlier this year, which Yoshimura admits is still a work in progress. But before that, he and his team implemented a new technology that proves its worth with each passing day: the LT-Free 5-axis CNC laser cutting system from BLM Group.

“We ship 150 to 200 exhaust systems every day,” Yoshimura says. “Before the LT-Free, it took us 30 to 40 min. to set up every job, even if we’d previously run those parts. Now, it still takes us roughly the same amount of time to program a new job, but after that, every setup is a matter of minutes. It’s a huge timesaver, the part quality is more consistent and because we no longer have to use saws and manual power tools, it’s much safer.”

He attributes much of this productivity increase to the laser cutting system’s unique fixturing system. The LT-Free is available in various configurations, but Yoshimura R&D selected the High Flex, a system with two handling robots, two cutting zones and a 5-axis, 4-kW fiber laser cutting head.

“In this scenario, the robot lifts the workpiece from a table equipped with a series of movable, V-shaped holding blocks, then presents it to the laser,” says Lorenzo Carminato, business development manager, BLM Group USA. “The robot acts as the fixture, but it’s an intelligent, dynamic fixture in that it can change orientation as needed to give the laser access to every square inch of the workpiece. This approach eliminates the need for the dedicated fixtures common in many shops, which not only saves a great deal of time and expense but saves a lot of floor space, as well.”

The laser cutting system can take any 3-D form – bent, hydroformed or extruded tubes (sheets included) – and cut whatever features need to be cut, delivering a complete, trimmed part ready for welding or assembly in a single handling, according to Carminato. And because the next part is being loaded while the first one is being cut, there’s no time lost to material handling.

“For shops making a dozen of something to a few 100,000 or so that need the ability to change over quickly, it’s an ideal solution,” he says.

Yoshimura agrees, noting that it’s also easier to staff the LT-Free, a benefit that any shop owner can appreciate given the ongoing labor shortages.

“The only thing the operator has to do is set the part down in the jig and push the button,” he says. “That’s it. All the hard work is done in the programming office.”

Even that’s not so hard, it seems.

“BLM Group has a great training program,” Yoshimura adds. “We sent one of our engineers there for a week. He came back, spent a couple of days getting his feet wet and got to work. All in all, it’s been very productive.”

That’s all good news for Yoshimura, who would rather jump on his bike for a cruise down the Pacific Coast than worry about production problems. When not walking the factory floor or helping to design the next product, he rides a 1301 CC V-twin 1290 Super Duke R from Austrian motorcycle manufacturer KTM. Yoshimura didn’t say whether he’s still using the stock pipes, but it’s almost a certainty that he swapped them out for one of the company’s AT2 slip-on exhaust systems with titanium mufflers. Safe riding, Yusaku.