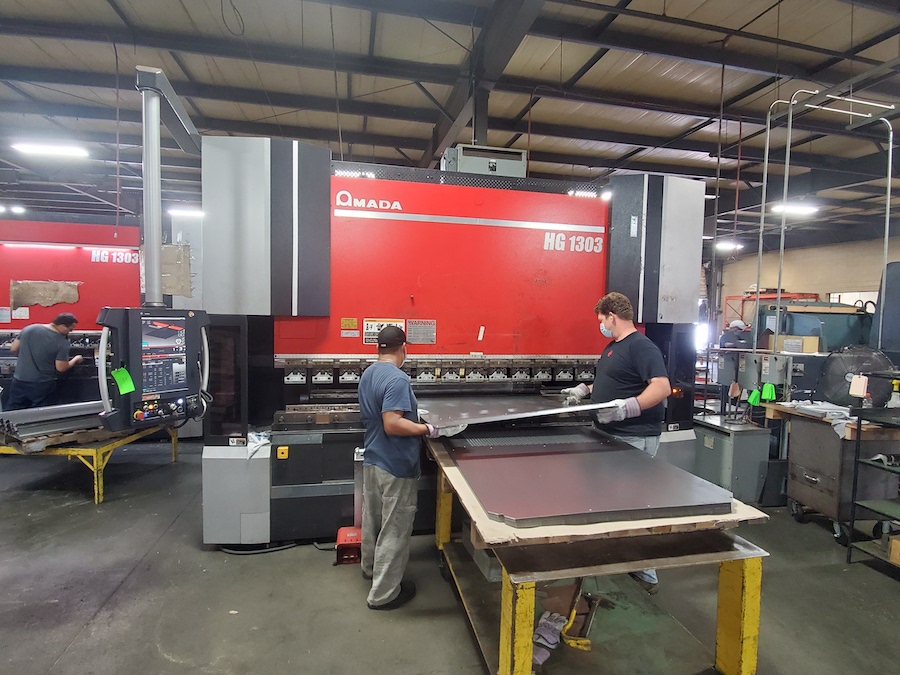 There’s a lot to like about that fabrication shop that you walk into every day – from the press brake in the corner to the fiber laser you purchased a few years ago. And you have to be excited with the talented new welder you just hired; and don’t forget about that new nesting software that’s going to cut those piles of scrap in half. Now all you need are jobs to run.

“Machines and metal processing services are obviously important,” says Brad Stropes, COO at SecturaSoft. “These things set you apart from competitors. But, as critical as they are, none of them matter without sales. Because of this, most managers take an active hands-on role in sales support, and companies generally assign some of their most tenured employees with estimating responsibilities.”

The downside of this strategy is that fab shop owners and managers are responsible for a myriad of business tasks, including overseeing daily operations, evaluating capital purchases, forming alliances, managing the supply chain, hiring new staff and so much more. Time spent chasing material prices, calculating machine run-time and pulling together the other details needed to quote a job detracts from the other things they need to get done. What’s more, this manually intensive approach leads to quoting inconsistencies and inefficiencies and has top talent allocating most of their bandwidth to one area of the business.

However, fabrication shop owners and managers will find that automated quoting software frees them up to concentrate on running their businesses while feeling confident that accurate, complete and winning bids are going out the door.

“Sales is the lifeblood of any company,” Stropes says. “And so, if there was no alternative, then sure, focus as much time as possible on supporting sales. But today there is no reason why this should be the case. Sophisticated estimating software is readily available and is shown to generate more accurate, complete and consistent quotes faster – doubling or even tripling the number of weekly quotes. With this increase in quotes going out the door, owners and managers can focus on their core responsibilities without worrying about the validity of quotes being generated.”

It’s no secret that metal fabricators generally operate on tight margins. Because of this, it’s critical that quotes are not only competitive, but complete and profitable. Estimates that fail to accurately account for all job-related expenses can easily cost a company money in the long run.

Expenses such as material and secondary operations, for example, are somewhat straightforward. Other costs, including time associated with working with customer-supplied files, programming, machine setup and run-time are often more difficult to quantify.

Understandably, relying on intuition, tribal knowledge or best guesses can drastically undervalue these areas, depleting already thin margins. When this is the case, it’s often better to lose the bid outright than to win a job based on an incomplete quote.

Columbus Engineering Inc. is one example of a company where management was spending too much time on quotes. As a leading sheet metal fabricator, company stakeholders realized that they needed to pursue growing the business without compromising the delivery and top-quality products for which they already had become known. This meant increasing sales while allocating more of management’s time and attention to production, quality and other aspects of the business.

Founded in 1954, Columbus Engineering is a family-owned precision sheet metal fabricator. Laser cutting, turret punching and metal forming are main aspects of the company’s day-to-day operations. Other capabilities include rapid prototyping and high-volume production. The company serves customers throughout North America in such industries as automotive, packaging and racking, and more.

Like many fabricators its size, the 50-employee organization relied on a quoting process that was largely manual, time-consuming and very often inconsistent.

As production manager, Matt Noblitt has his hands in all aspects of the shop floor – from engineering and programming to quality control and beyond. But Noblitt found that too much of his time was being consumed pulling together information for job estimates. He realized that the time had come to shake things up.

“I was routinely spending 15 to 20 hours or more a week looking up material prices and calculating other costs associated with running a job,” he explains. “In a company our size, we all need to pitch in and do whatever it takes, but it was obvious that our current quoting process was costing us time and money. I knew there had to be a better way.”

It was quickly obvious that an automated quoting system was the answer. After evaluating the options, SecturaSoft emerged as the clear winner. And, while the software has only been in use for a couple of months, Columbus Engineering is already seeing results.

“We’re turning around quotes exponentially faster,” Noblitt says. “For example, we can take a STEP file and put out a quote in a matter of minutes.”

Customers are happy because the SecturaSoft software eliminates any surprises by providing a firm upfront price. And Columbus Engineering is happy because it creates quotes that are faster, more complete and more accurate.

“We’re bringing in more money thanks to SecturaSoft,” Noblitt says. “The software automatically populates fields with known variables eliminating any guesswork. But just as important, we’re not missing any opportunities. SecturaSoft calculates realistic setup times and other steps that are needed to run a job. It associates an accurate number to job-related functions that are often overlooked or difficult to quantify.”

Before the software investment, Noblitt was bogged down spending long hours each week looking up material costs and pulling together quoting information. Today, that time is slashed to just one to three hours a week.

“Knowing that we’re generating the best quotes possible, I’m able to concentrate on other duties, such as programming, engineering and quality control,” he says. “In this way, SecturaSoft is having an impact well beyond sales. Our processes are enhanced, and I can ensure that our quality standards are consistently being met.”

Fabricators walk a fine line when it comes to estimating. Quotes must be competitive yet maximize profitability. Failure to accurately capture all job-related costs is money lost. SecturaSoft’s automated quoting software is helping a growing number of fabricators to create more winning and highly consistent bids.