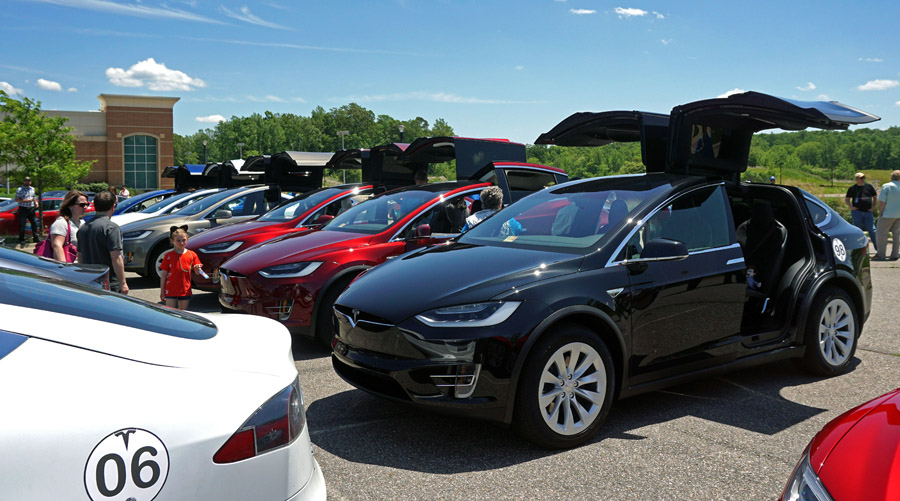 Could something as simple as an alteration in the dimple created in resistance projection welding advance the technology and factor into lightweighting automobiles? It’s an idea that Karel Pieterman pondered in the 1990s, and today, it looks like the results are quite conclusive.

Pieterman worked with his father-in-law, Theo Arp, who founded the Netherlands-based Arplas Welding (“las” is Dutch for “weld”), a company that has produced welding products since 1971. Pieterman began looking into the technology behind state-of-the-art resistance projection welding machines and thought about optimizing the dimple shape as well as creating a machine that would be easier to integrate on the production line.

To provide a little context, traditional projection welding machines produce a round dimple in the workpiece material. Pieterman’s idea was to change the shape of the dimple from round to thin and rectangular, which could be used in narrower flanges – much narrower than what a spot weld could achieve. He also wanted to apply a minimum amount of heat to the welding area while still achieving a full structural weld.

Pieterman applied for his first patent in 1997 and invested in research and development for a couple of years after that, propelling the company in a new direction. After Pieterman and his business partner began seeing growth, they split off from the original Arplas Welding business, eventually establishing a physical presence in Europe, Asia and the United States as Arplas Systems.

Arplas welding machines were first used in the automobile industry for hem flange welding, which bonds parts such as metal doors, hoods and lift gates. Arplas continued to evolve, tackling other areas, such as window frames, beltline reinforcements and gutters.

“Perceived quality” is a term used in regard to areas of a car where a weld isn’t exposed until a door or hatch is opened and the covered area becomes visible.

“With the SUV, that sightline has moved from waist height (in sedans where it was less visible) directly to eye level,” Auger says, giving an example of the importance of perceived quality today. “For some of these vehicles, especially premium vehicles, the carmakers don’t want consumers to be able to see the weld or joining technology.”

With Arplas welds, Auger says, there is no secondary treatment needed to hide the weld, which isn’t the case in spot welding where the point at which the metals are joined is quite obvious. Arplas machines can achieve a structural weld with minimal surface damage.

Another benefit of the Arplas process over spot welding is that it uses about a third of the force required to weld steel. For example, traditional spot welding guns apply between 600 lbs. and 700 lbs. of force on steel to produce a proper weld. Arplas machines can produce the same weld with 200 lbs. of force. That equates to about 70 percent less current/energy, which is a result of using more current over a shorter period of time, which equates to less heat buildup. That’s important because too much heat can cause a surface deviation, negatively affecting appearance.

“In those joints,” Auger says, “we can get a much better surface appearance.”

Large spot welding machines fight the heat they generate with water-cooling equipment, which requires water-cooling channels, making the machine bulkier. Arplas machines, when working on steel, don’t produce as much heat and only require air cooling, giving them a size advantage and enabling them to move into tighter areas.

“One nice application is on a sedan where we’re welding above a tail light pocket,” Auger says regarding the smaller size and mobility advantage. “It is an area of the vehicle that you have to snake around to get a weld gun in. The diameter and the size of the shank needed for a traditional spot welder just physically wouldn’t fit in the area.”

Another application where Arplas made an impact was in lightweighting a car door. Magna International, a global automotive supplier that focuses on developing innovative products, and the U.S. Department of Energy worked together on an ultra lightweight car door project recently and chose Arplas to take part. The project’s goal was to achieve a 42.5 percent mass savings compared to an average production door, but at a cost not to exceed $5 per pound saved. They wanted to establish a process that helps global automakers meet emissions standards and reduce fuel consumption.

The door design was comprised of many parts, but Arplas was tasked with seven different parts, including inner and outer panels and the internal support structures, which resulted in 99 welds on the finished door. The Arplas method provided them with the ability to use less material, yet achieve a structural weld. Overall, the approach helped the project achieve the weight savings goal. 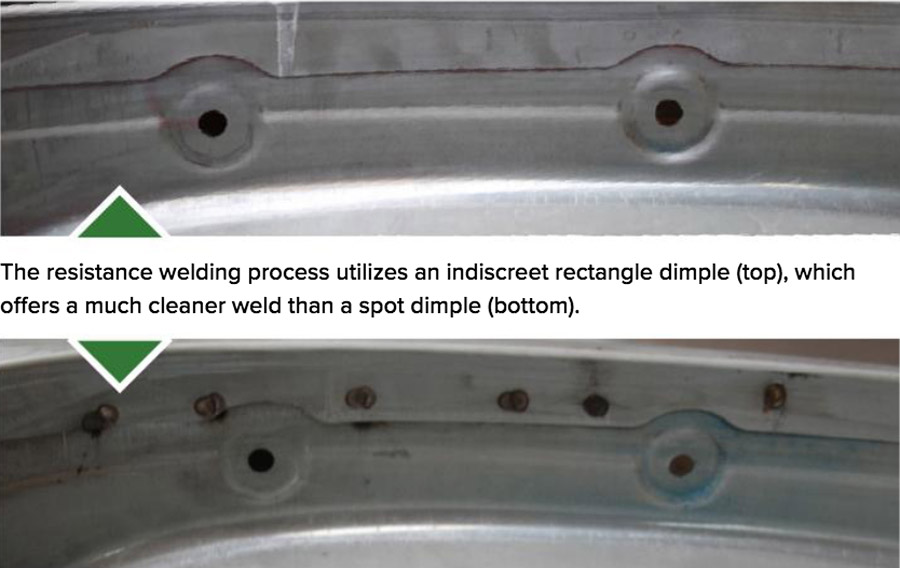 Additional advantages come into play with the Arplas approach. Unlike other processes, such as spot or laser welding, Arplas doesn’t require special coatings or treatments for surface preparation prior to welding. Most carmakers, says Auger, require “some sort of preparation or cleaning prior to either spot welding or laser welding.”

In addition to lack of surface preparation, the Arplas technology benefits carmakers with its ability to be easily integrated into robotic assembly lines.

“I can almost guarantee that 95 percent of the projection welding machines are all going to be large stationary units,” Auger continues. “They’re not robot-mounted units under 100 kilos like ours.”

Traditionally, people perceive projection welding to be is related to large capacitive discharge machines, which are heavy and immovable. Due to these constraints, they’re not useful in applications where the weld needs to be made in a tight spot. The flexibility of Arplas’ projection welding technology, however, has caught the eye of many automobile manufacturers, including Audi, BMW, GM, Ford, Fiat, Mitsubishi, Mercedes and others that use them in production facilities throughout the world. All applications in production are automated, yet not all are robot mounted, Auger says.

“In some applications, the robot moves the part to a stationary welder,” he explains. “Some have the weld gun on a robot and others have the welding units mounted on a slide that indexes into the part.”

Less force, less current and narrower flanges give Arplas the advantage over traditional projection welding, but the process is a bit more complex, Auger says. This means it has a higher acquirement cost upfront compared to traditional resistance spot welding machines.

Auto makers have another option when it comes to narrow flange welding, and that is laser technology. But it, too, comes at a high price point.

“The bulk of the time, the Arplas technology is cheaper in operational costs and investment cost than laser welding,” Auger says. “It’s not necessarily all the time because it depends on the cycle time and the setup, but in quite a few instances we have shown to have advantages over laser welding, especially when it comes to corrosion related to coated steel.”

The lower current and heat with projection welding means the zinc coating on the coated steel projects isn’t compromised, as it would be with laser welding.

Arplas also has an advantage over laser welding with aluminum, particularly the 6000 grade series, which is susceptible to hot cracking. Furthermore, aluminum offers challenges in regard to cleanliness.

“Some OEMs do a laser cleaning and some do a chemical cleaning,” Auger says of the pre-welded aluminum parts. “They put a conversion coating on to make the welds work, whereas for us we haven’t seen the need to do any of those extra steps.”

While Arplas has a hand in producing automobiles in practically all of the major manufacturers, its projection welding technique is also in use much talked about Tesla automobiles, including the Tesla Model X, which has a unique “falcon wing” door, which opens upward. This design calls for a hinge at the center of the roof where the door lifts upward instead of horizontally. There is also a hinge at the outer corner of the roof, which means there are more areas where an unsightly weld would be at eye level.

“They chose our technology in that area because there was a need to put a metal finish or put some sort of cover over that joint,” Auger explains, adding that, “metal finish means sanding or grinding of the surface to make it smooth. OEMs use our technology in order to avoid the extra cost of metal finish, which is usually a manual application by a trained operator and as with any manual process, the results can vary widely depending on the operator.”