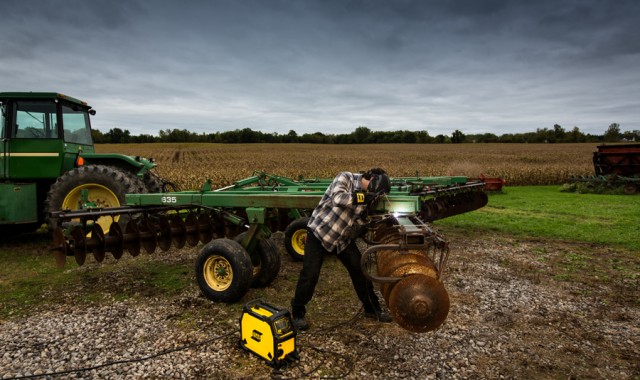 Developers of welding equipment sometimes become entranced by new technology, incorporating capabilities into products merely because they can. Spec sheets proudly make proclamations such as, “Features our patented Automatic Flux Capacitor Control!” Unfortunately, at no point in the design process did the product development team ever check with customers to see if they needed, much less cared about, controlling flux capacity. 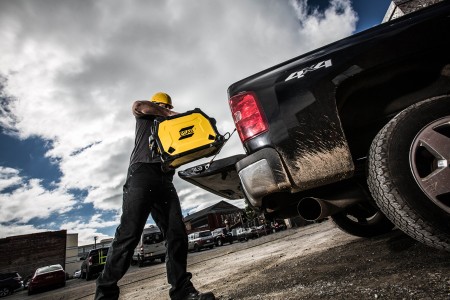 At ESAB, though, things are different. The company is changing the way it develops new products. As part of the Colfax Business System (Colfax is ESAB’s parent company), one of its guiding values is, “Customers talk. We listen.” Early in the product development process, the company conducts a Voice of Customer (VOC) study, then continues to obtain customer feedback throughout the design process. As a result, the finished product resonates with customers.

To keep the conversation from sounding too abstract, let’s take the new ESAB Rebel EMP 215ic as an example of how to apply VOC. Before doing anything else, the company explored the fundamental needs of the users.

Some of the findings didn’t surprise anyone, such as the need for ruggedness and reliability – table stakes for professional-grade welders. However, ESAB went on to ask, “What if….”

The product engineers at ESAB designed a radically different case that protects the unit and emphasizes its lightweight portability (the inverter-based Rebel weighs 40 lbs. and has maximum output of 220 amps). As a result, the Rebel’s five-handle “roll cage” looks like nothing else on the market.

No matter how the user wants to carry the Rebel – one-handed, two-handed or dragging it from the front or back – there’s a convenient grip. Further, two of those grips also protect the user interface.

The position and angle of those two grips isn’t random, either; it’s based directly on user feedback. The steel unibody construction uses sheet metal that’s thicker (14 gauge) than other units in the category. Yes, that adds a touch more weight, but users said durability was important – so that’s how ESAB built it.

During VOC research, ESAB uncovered basic, critical needs. Topping the list was the user’s ability to automatically recognize the input voltage and be able to run on 120V or 230V primary power. And, the Rebel actually takes that one step further, as it can run flawlessly as long as voltage remains anywhere between 120V and 230V, ±10 percent. What this means is that the Rebel also runs well off of generator power (some generators have notoriously “dirty” power where their voltage swings wildly).

Users also demanded true multiprocess welding performance. Basically, other machines on the market are MIG machines that can also stick and TIG weld. However, they aren’t optimized for all processes. Users said this isn’t acceptable.

To meet their needs, ESAB started by borrowing the control algorithms from its heavy industrial Warrior welding system. During development, application engineers worked side-by-side with programmers.

The application engineer would say, “Improve the low-end arc starts,” and, with a computer connected to the Rebel, the software expert would adjust the code. After months of back and forth testing, the Rebel emerged with arc performance that matches that of industrial systems and provides outstanding performance with all electrodes, on all materials, in all processes and on any voltage – and that includes E6010/E6011 performance that will satisfy a pipe welder.

Welding for the 21st century

Welding controls have come a long way since the cranks on top of old stick “buzz boxes” and the voltage taps on 70s-era MIG welders. Today, consumers talk in terms of “user interfaces” and inherently think of the TFT (thin-film transistor) LCD displays on smart phones, tablets and car navigation systems. With all the computing horsepower behind such a display, doing something as simple as making the owner’s manuals, parts lists/numbers and welding instructions available through the interface was a logical feature for the Rebel.

More importantly, users said that they wanted an intuitive user menu that lets them set parameters and start welding as quickly as possible. As a result, the Rebel can operate in the basic or advanced mode.

The Rebel makes MIG welding particularly easy with its sMIG (smart MIG) technology. To start welding, users simply enter the metal thickness and wire diameter and then start welding – sMIG takes care of the rest regardless of wire type or shielding gas as seen in the video.

Using an exclusive, built-in algorithm, sMIG monitors the operator’s technique and continuously adapts the MIG output to provide a stable arc and superior, repeatable welds. After about three seconds of welding, users can actually hear the arc fine tune itself.

For novice welders, sMIG takes away the doubt of welding with incorrect settings and lets them focus on learning good gun manipulation. As a result, they can start producing quality welds in less time.

Experienced welders become more productive with sMIG as they quickly move from plate to sheet to tube welding. One good technique is to start in the sMIG mode, find parameter settings that work well and then transfer those over to the conventional MIG process for further customization.

Once dialed in, the Rebel can store three parameter settings for every process. Note that sMIG basic, sMIG advanced, conventional MIG basic and conventional MIG advanced each count as a separate process, for a total of 12 stored MIG settings available for instant recall.

Finally, as anyone who has ever unboxed a new power tool knows, it’s really nice to be able to start using the tool without having run back to the store. That’s why the Rebel comes with every essential accessory: a Tweco MIG gun, a Tweco stick electrode, an ESAB TIG torch, a Victor gas regulator, a 120V power adaptor and even a sample spool of wire and stick electrodes.

With Rebel, ESAB designed a light industrial welder that looks, functions and performs in ways never-before possible. While the development team behind Rebel put in thousands of hours of work, credit also needs to go to the end users whose input guided its development. By capturing their voice, products such as the Rebel have far more meaningful benefits and a higher level of performance.