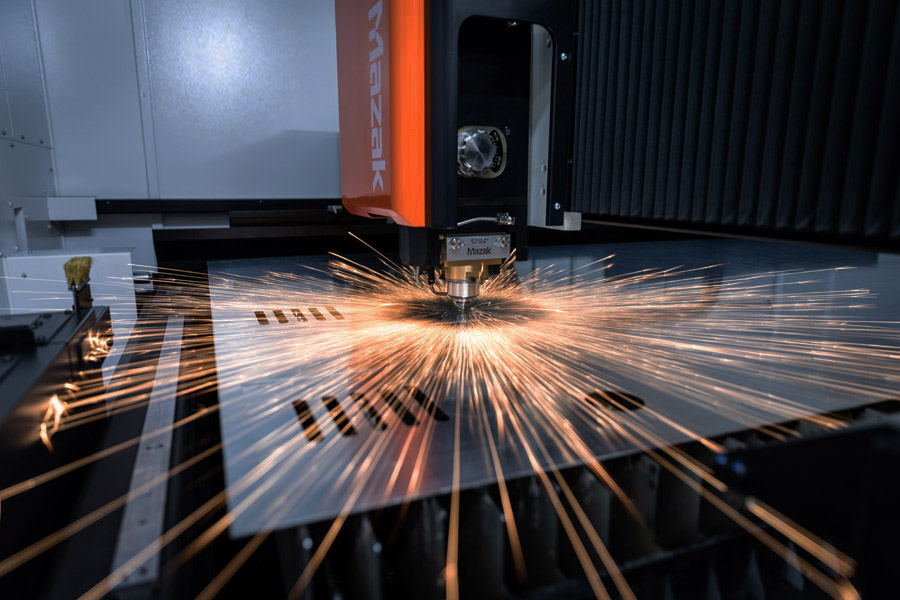 Any commercial kitchen worth its salt is decked out in stainless steel from top to bottom. Its unmatched hygienic qualities, durability and formability make it functionally superior to almost every other food-safe material available. It’s why the U.S. Food and Drug Administration recommends its use in the food service industry.

On top of that, stainless steel’s clean, shiny surface, which is essentially impossible to scratch or stain, makes it aesthetically superior. Those reasons along with several other highly desirable characteristics are why it’s the go-to material for anyone producing kitchen appliances, utensils, serving ware and cookware, and various other types of food prep equipment.

Jimmy LeBeau, president and owner at Custom Kitchen Fabricator (CKF), couldn’t agree more. He uses stainless steel almost exclusively as a residential and commercial custom kitchen fabricator in Venus, Texas. From prep tables and serving lines to outdoor kitchens and any custom build the heart desires, CKF works with its customers’ specifications or helps them create their own drawings to fabricate functional and aesthetically pleasing kitchen and food service items.

The motto at CKF is, “if you want it in stainless, we can do it.” And the company has been doing it for more than 25 years.

For years, CKF produced products for its customers using a shear, a notcher, handheld drills and plasma cutters as its main cutting equipment. To say the least, the shear had its limitations as it could only cut right angles. If a piece needed a cut beyond a right angle, the job suddenly turned into a multi-step process. And, if a hole was needed, it was time to break out the handheld equipment. Although it worked, the process was time consuming.

Recently, however, a perfect storm of factors drove LeBeau to consider an investment in new equipment. He had already been working with his staff to reduce turnaround times, but the limited amount of skilled workers coming up in the industry had been troubling him. It had gotten to the point where LeBeau didn’t just want to invest in new equipment – he had to.

“To make up for the difficulty of finding skilled workers, we realized that we had to diversify the type of equipment that we were using,” he says.

At first, LeBeau considered a CNC punch, but on further inspection and research, he realized it might not deliver the speed he needed, and it also required a fair amount of tooling, which would increase the initial cost of entry. He’d already had a plasma table on his shop floor, but had been unsatisfied with the amount of deburring and slag removal required. Also, the “nasty” maintenance involved with a waterjet, as LeBeau describes it, was a non-starter.

Having exhausted all other options, he realized that a fiber laser was the only way to go if he wanted to truly be competitive going forward.

“Compared to a plasma cutter, a waterjet or even an older style laser cutter, a fiber laser requires less maintenance, cuts faster and offers longer running times,” LeBeau says. “As far as I’m concerned, if someone like me isn’t leaning toward a fiber laser, they’ve lost their minds.” 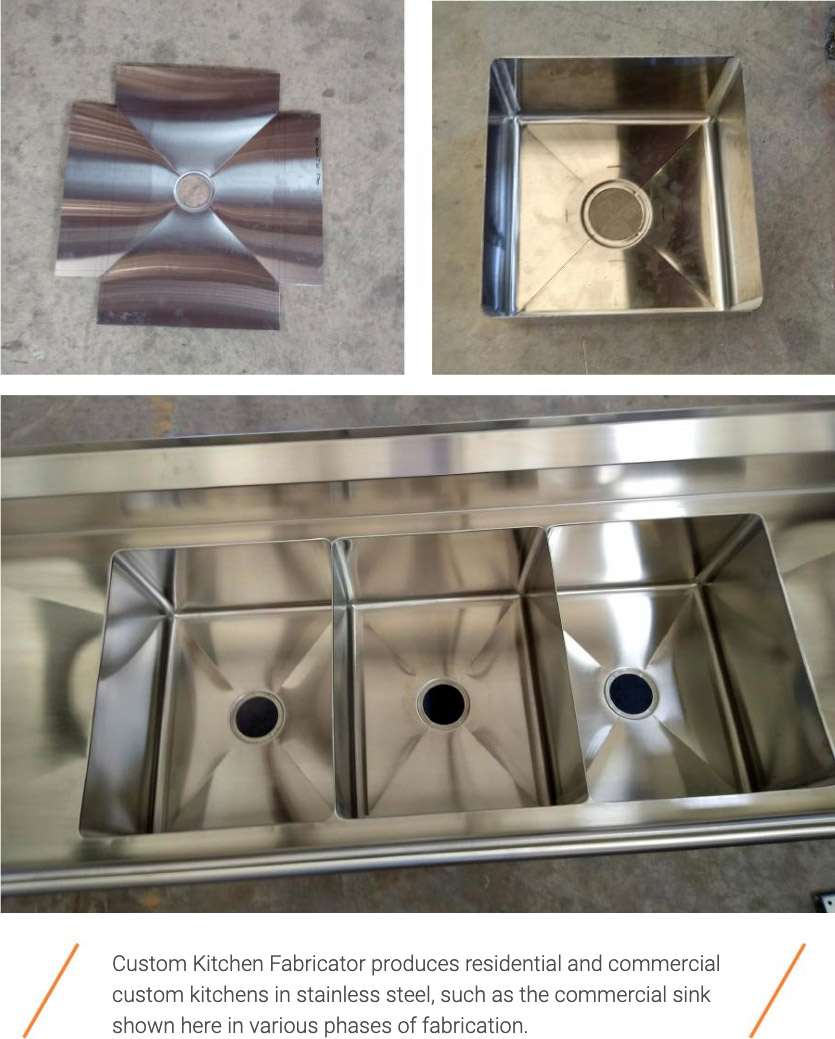 Because the lion’s share of CKF’s work is primarily stainless steel in 14 gauge up to 1/4 in., LeBeau was pleasantly surprised when he discovered Mazak Optonics’ 3-kW Optiplex Champion 3015 fiber laser cutter. As an economical production machine, it’s good for low material variation environments. It’s also good for first-time laser users as the limited change in materials means a consistent setup on the machine, or in other words, less programming.

“It was the right machine for the right price and it did exactly what we were looking for,” LeBeau says. “It’s going to take a little bit of time to let people know that we have it, but so far, it’s working incredibly well for all of the stainless steel that we process. We’re looking forward to using it for more once we’ve had it on the shop floor and word gets around that it’s here.”

CKF was one of the first customers to invest in the Champion, and since bringing it into the shop, LeBeau has noticed how much more effectively his team is able to utilize its material sheets thanks to the laser’s nesting capabilities. Its fast cutting speeds have totally transformed operations.

With the shear, CKF would cut parts for an entire week before they were ready to assemble customer orders. Now, however, CKF does all of its cutting in less than a day. Turnaround time has also improved thanks to the improved cut edge quality. The laser cut parts have such a smooth edge quality that it has eliminated secondary processes, such as grinding and deburring.

In addition to delivering faster production times, advanced parts geometry and better material utilization with less scrap, the Champion features an easy-to-use manual focus torch for reliable operation and production consistency. It can process sheets up to 5 ft. by 10 ft. and is available with 2 kW or 3 kW of laser power. Furthermore, users can also take advantage of Mazak’s automated two-pallet configurations. For further loading and unloading needs, it’s available for use with all Mazak automation systems.

Another major benefit for CKF is that it can use the laser to etch customer logos onto parts for added branding, which was not possible before. For CKF’s internal needs, the ability to laser etch means that the company can place bend lines on cut parts to make downstream operations on the press brake that much easier.

“Now that we have the laser, we’re able to etch on the sheet metal in a way that makes the job easier for the guys performing the next operation,” LeBeau says. “The bend lines are right there for the press brake operator to follow, and the same goes for the assembly guys. Everything is marked right there on the parts. It’s significantly sped up our production times.

“It’s also helped the welders quite a bit,” he continues. “When the press brake operators can rely on the bend lines that have been etched into the sheet metal, the fit-up for the welders is much better. Similarly, when it comes time to assemble the parts, there’s no need to measure each and every item like we used to have to do to make sure that they fit. If I were to guess, our labor costs have already been reduced by upwards of 30 percent.”

The accuracy and speed that the laser has afforded CKF has been a game-changer for LeBeau and his employees. It’s been especially helpful in light of an influx of orders from several of the company’s customers, such as Naughty Chile, which makes turnkey food kiosks.

“If you go into a gas station or convenience store, you might see one of Naughty Chile’s kiosks where customers can get made-to-order hot food, like a burrito,” LeBeau explains. “The model has been quite successful for them, considering the price to install a kiosk compared to a full-scale restaurant. Previously, we were doing just one of those at a time, but now we’re getting orders for six at a time.”

It’s not surprising to hear that some employees may be concerned when they see a fancy new piece of equipment being installed on their shop room floor. Thoughts swirl regarding whether the new equipment will be difficult to learn or whether it will displace current employees. At CKF, however, concern quickly turned into relief, and a lot of that had to do with the efforts that Mazak put forth in terms of training, installation and support.

While Mazak was at CKF installing the laser cutter, two of LeBeau’s employees were at Mazak’s headquarters learning how to operate it. Upon their return, Mazak ensured that they fully knew how to run the machine before they left.

“I’ve been pretty impressed with the customer service,” LeBeau says. “If we have a problem or don’t understand something, Mazak walks us through it over the phone. As an example, we incorrectly set a part in the machine and a buzzer went off, so our operator had to call to find out what that code was. But those little anomalies are expected, especially with a brand new machine. It’s been a learning experience for all of us, and it’s been really great.”