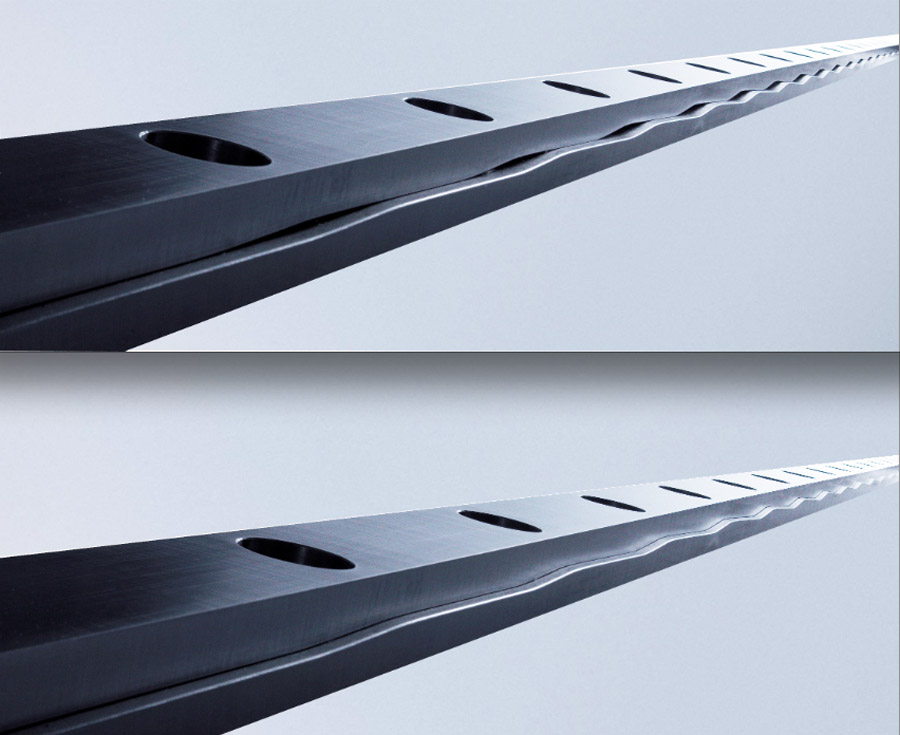 You know the drill. Grab a chunk of scrap material or maybe an extra blank if one’s available and make a test bend. Measure the angle at each end and once in the middle. Grab your calculator or make an educated guess, then shim the die accordingly. Repeat. Repeat again, and maybe once more to be sure.

Half an hour to an hour later – less if you’re really good – and you’re ready to finish the rest of the setup. You might be making parts by noon. 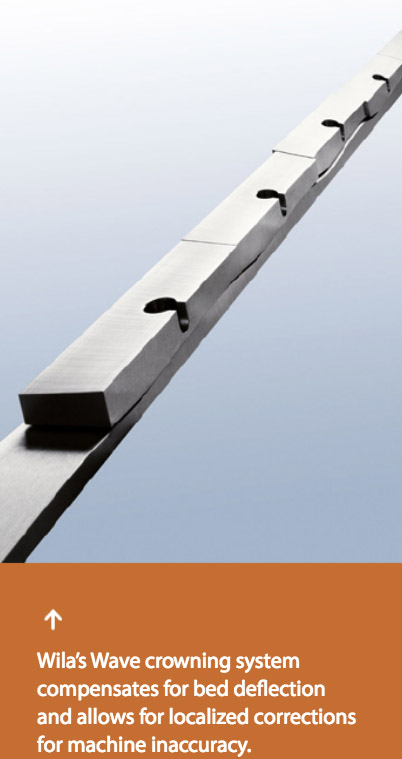 Press brake operators have been doing it this way for decades. Those who are organized record the results of their hit or miss bending exercises on a spreadsheet or a piece of paper tucked away in the bottom drawer of their toolbox, in hopes of saving a few minutes the next time something similar rolls around.

But most aren’t even that organized, relying instead on experience and tribal knowledge to compensate for crowning problems. That’s according to Steve Brown, press brake tooling product manager at Wilson Tool.

“It turns into an art project of sorts, one that gets repeated over and over,” he says. “They’ll take some 16-gauge steel off the stock rack, make an 8-ft. or 10-ft. bend, figure out the crown, run the job, then go through the exact same process again next week.

“And the more exotic the material or the longer the bend, the worse it is,” he continues. “People have told me this can easily add an hour to a typical setup, more if they’re using planed rather than precision-ground tooling, thanks to the greater variation in die height. It just doesn’t make much sense.”

Gunter Glocker, president of Wila USA, agrees. “Shimming to compensate for machine deflection or wear is a trial-and-error approach,” he says. “Someone with 20 or 30 years of experience and who is familiar with the machine can usually do it after a few attempts, but for most people it takes a lot of test bending to get it right.” 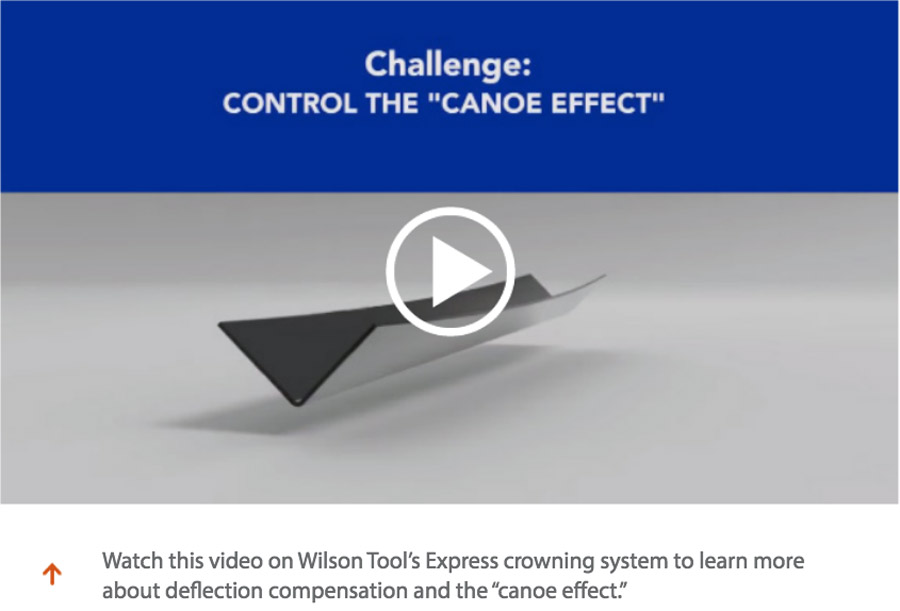 Brown and Glocker might argue over which one to buy, but both press brake experts agree there’s a simple solution to the shimming problem: install a crowning system. Here are a few of the reasons why:

If you have a newer, high-end press brake, you might want to click forward to the next article, because chances are good that your machine came from the factory with built-in crowning capabilities. Some of these even offer so-called dynamic crowning, which automatically adjusts for off-center loading and varying material properties.

But if that box was left unchecked on the dealer’s order form, or your press brake is an entry-level or budget machine, or your shop floor is filled with older brakes built when long setup times were an accepted way of doing business, investing in a retrofit crowning system is an opportunity to drastically improve press brake operations and profitability. 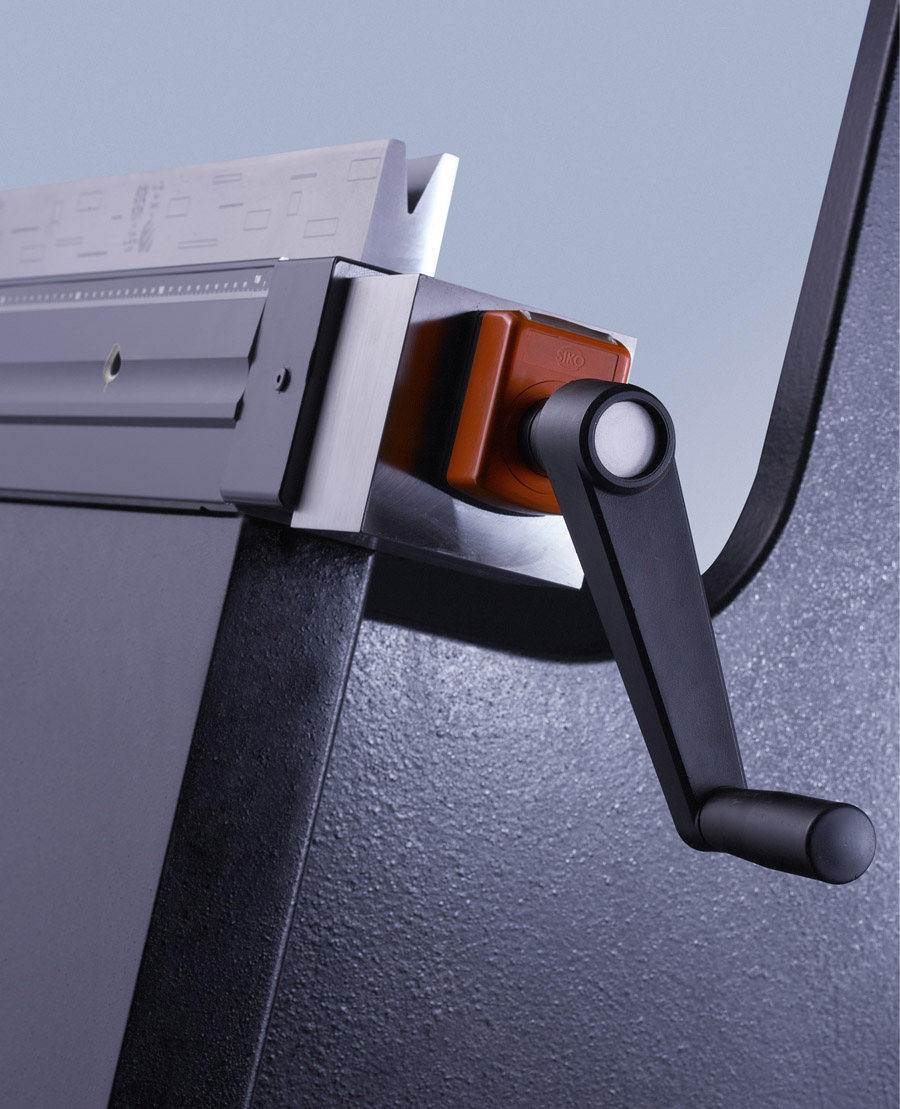 No more shims, no more guessing – just crank the handle up or down. Best of all, coming back to that setting later is easy.

Assuming you’re still reading, there are a few more reasons why you might not give a flying foot pedal about crowning systems. Those making parts less than a couple of feet in length probably don’t care. Nor do those making simple parts from very thick materials with generous tolerances or where setups are infrequent.

Glocker says the shortest crowning systems Wila has sold was for a press brake with a 4-ft. bed. The longest was more than 50 ft.

“The vast majority of crowning systems we sell are on machines ranging from 100 to 400 tons, with bed lengths between 8 ft. and 14 ft.,” he says. “However, we also offer heavy-duty crowning systems that can handle concentrated loads up to 269 tons per ft. and are used typically on machines from 500 to 2,000 tons.”

How do they work? A variety of mounting methods exist, but all involve removing the die holder and attaching the crowning mechanism directly to the bed. It must then be centered properly, which usually involves nudging a V-shaped punch down into an acute die set. The feeler stock you’ve been using to shim dies can now be put to better use by verifying that the bed and ram are perfectly aligned. From there, it’s a matter of calibrating the device.

“On our system, which was the original wave-style crowning solution, there are localized adjustment dials every 8 in. along the length of the crowning system,” Glocker says. “You’ll want to set these to zero, then take a piece of test material –14 gauge, 16 gauge, whatever you’re using a lot of – and make a full-length bend. By measuring the workpiece angle at a spot adjacent to each of the adjustment points, you can compensate for any machine inaccuracy or wear by turning the dials in or out.

“Another benefit of the wave design is that it has both positive and negative crowning capability,” Glocker adds. “This is important with press brakes that have a pre-crown machined into the bed, which is the case with many of the American-made machines. The wave’s initial negative curve compensates for the pre-crown, so that you don’t overbend on light-gauge materials.” 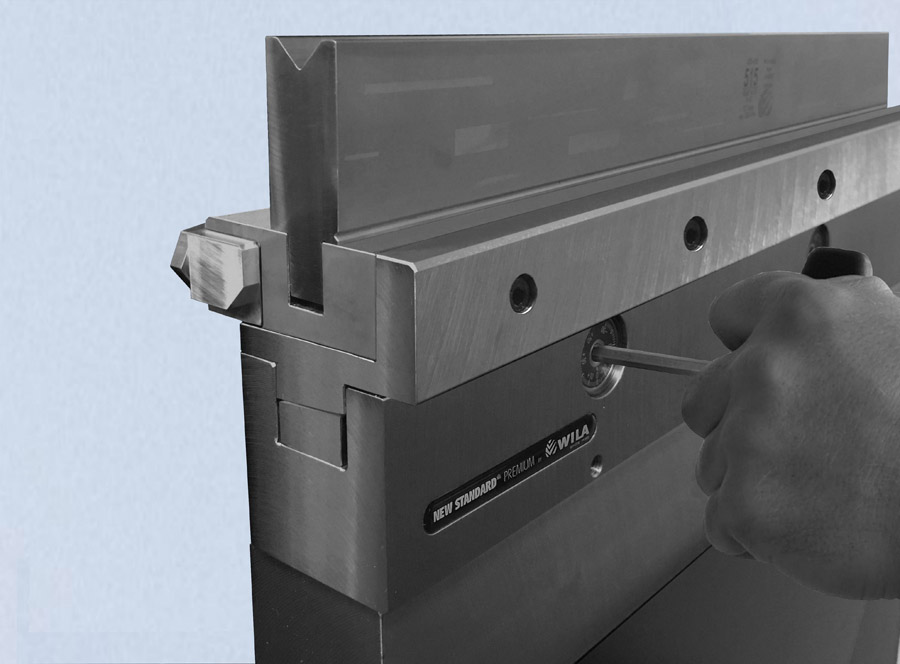 Retrofit press brake crowning systems are normally supplied with a hand crank assembly and counter on one end for proportional crowning over the machine length from a single adjustment point.

Once the system has been calibrated for that machine, completing the setup is a simple matter of making a test bend for each of the most common materials and bending scenarios, then cranking the adjustment handle up or down to remove any workpiece crowning. By recording these values, an operator can quickly come back to whatever setting provides a straight bend. 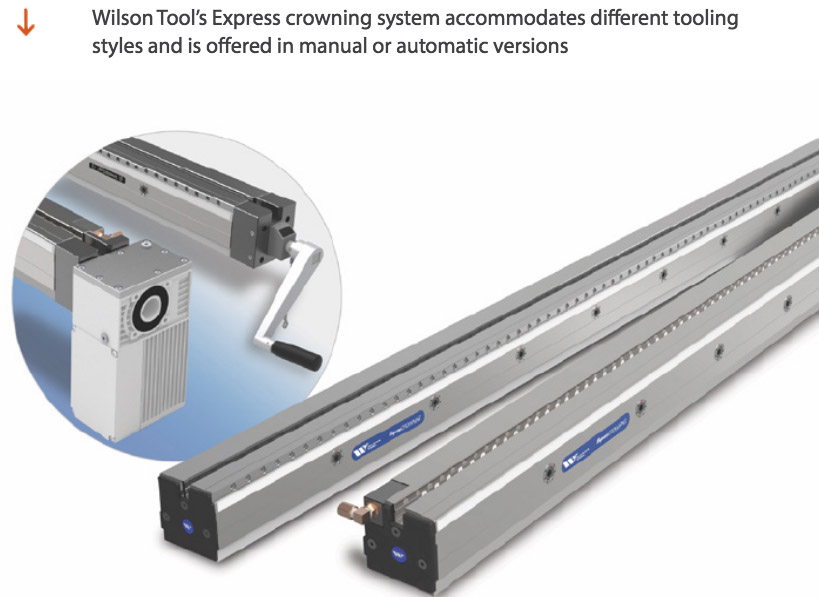 And, on automated systems, the crowning values can be loaded directly into the part program. Just scan a barcode on a job traveler or call up a part program and the servo motor does the rest.

“Even if you’re doing different materials and bend lengths every day and don’t want to spend time dialing everything in up front, a good crowning system gets you really close,” Brown says. “Let’s say you’re setting up a new job and you’re off by a few thousandths. You just crank the handle a little bit or adjust a control value and you’re right there. Compared to wasting hours each day playing with shim stock, a crowning system is a no-brainer.” 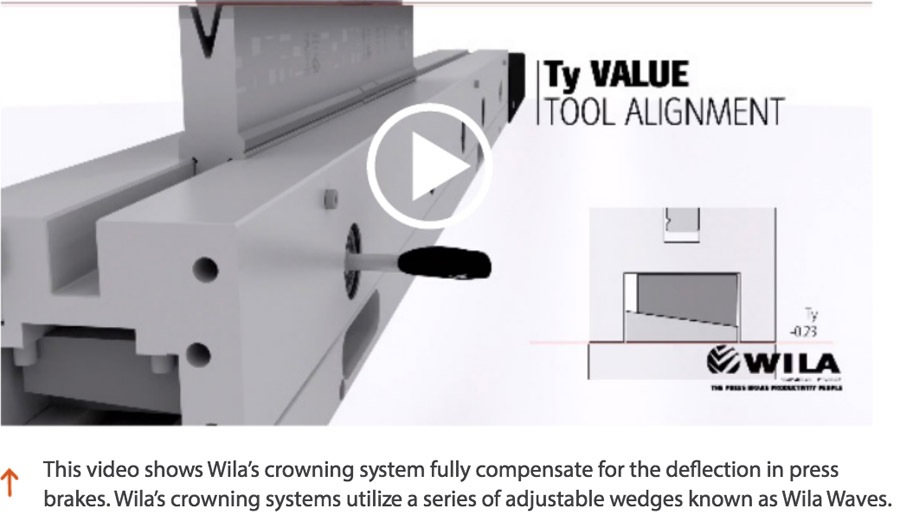