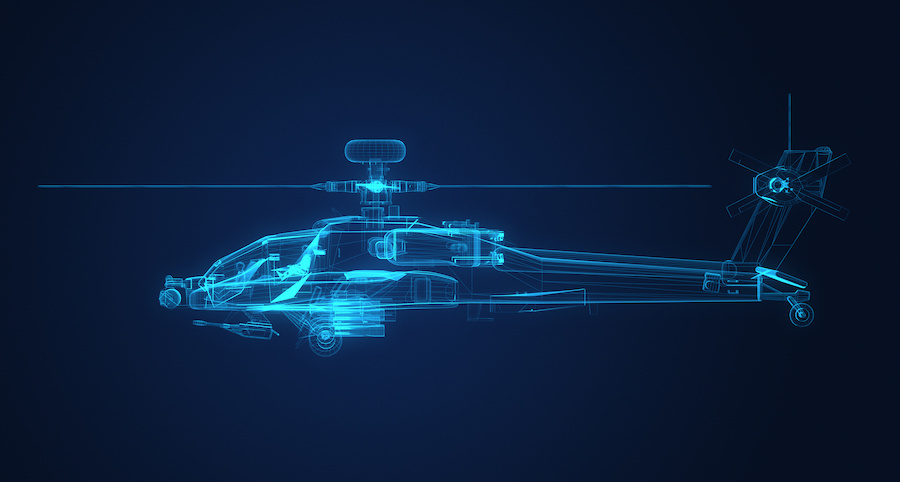 “Fiber laser welding is all about control of the process,” says Kurt Magedanz, laser process engineer at Ace Precision Machining Corp. And he would know as he’s speaking from experience. With two new Laserdyne 430 fiber laser systems, Ace Precision has made huge strides with its weld quality while reducing operator intervention in the welding process.

Ace Precision, an AS9100-certified and internationally recognized supplier to the aerospace, power generation and defense industries, offers extensive manufacturing capabilities encompassing all areas of metal fabrication, joining and coating. The company has experience with turbine engine design, including military platforms for the Apache and Chinook helicopters; Abrams M1 battle tanks; and B2, F18, F22 and F35 aircraft. Recently, Ace Precision’s laser welding capabilities took center stage when the company initiated a new welding process on one of the recently acquired Laserdyne 430s.

“It’s all about the amount of control we have over the welding process now compared to before,” Magedanz says. “With the earlier process, we used a CO2 laser system that didn’t have weld-specific hardware or software. We experienced significant rework on the welded assemblies and had to frequently replace the laser lenses. With only the most careful operator attention, we obtained acceptable weld quality up until Prima Power Laserdyne came forward with a greatly improved system and process.”

The challenging two-part welded assembly that inspired this improved process was for a military application. With an approximate 12-in.-dia. final assembly, the critical welding operation required a contoured, overlapping seam weld of a circular 0.060-in.-thick Hastelloy X sheet metal part onto a machined Hastelloy X component. Keeping the weld seam consistent in width and depth without voids between the two parts was critical.

“With our new Laserdyne 430, the S94P laser processing camera system allows us to pinpoint the exact location of the weld seam on the Hastelloy X material,” Magedanz says. “That allows us to fine-tune our position before the welding process begins. With our old CO2 system, the part fit-up and fixturing were more critical to producing consistent welds. The new machine controller’s orbiting function, which oscillates (wobbles) the machine axes at a specific commanded size and frequency, allows us to precisely control the characteristics of the weld joint.

“The new system has eliminated virtually all rework of parts that we used to encounter on the CO2 system, especially at the start/stop point of the weld,” he adds. “The particular configuration of the parts that were welded places the weld bead right up against the edge of the material and there is very little margin for error to avoid burning the edge of the part. Fortunately, the ability to precisely control the fiber laser’s power, position and focus along with the system’s SmartRamp function has made it possible and easier to control the welding process.”

“Our previous welding process with its combination of fixturing and assembly requirements didn’t have enough precision to exactly pinpoint the true focus position repetitively,” Magedanz says. “The new OFC2 Absolute software feature has superior mapping run-out with the new software allowing for accurate and repeatable focus positioning. This helps us to precisely position focus on the weld joint of every part and know that it is correct.

“Also, OFC2 Absolute has a longer working range and is capable of measuring part surfaces on an angle regardless of the part surface condition,” he adds. “This latest capability allows for a wider range of opportunities for improving existing processes.”

Previously, multi-process laser systems for cutting, drilling and welding were only adequate for welding, but the new Laserdyne 430s have new features designed just for the challenges unique to welding while still providing superior cutting and drilling. The systems feature weld ramping, gas flow control, lens protection and an integrated air knife that makes the welding process more controllable for a superior end result.

Ace Precision’s new Laserdyne 430 systems and the OFC2 Absolute software feature provide unbeatable accuracy when mapping the weld surface. They do this to maintain the laser beam focus at the precise location of the laser weld so there is no deviation or voids in the weld structure. Also, OFC2 Absolute’s longer working range means that the location of reference features, such as edges, corners and holes, can be determined using a greater, more generous stand-off between the laser processing head and workpiece, providing no interruption of the welding process.

The Laserdyne 430 system is equipped with a 20-kW QCW fiber laser and Prima Power Laserdyne’s proprietary BeamDirector. While the 20-kW laser is most widely used for cutting and drilling, the proprietary software allows the laser to be effectively used for welding applications.

The BeamDirector uniquely provides two additional axes of motion to the Laserdyne 430’s moving table design. Precision welding comes not only from the performance and accuracy of the Laserdyne 430’s motion system, but also from Prima Power Laserdyne’s SmartTechniques feature that allows the fiber laser to effectively perform a full range of welding tasks, specifically like the type that Ace Precision relies on for the complex welding of military components.

This is the result of integrated control of the laser, motion and processors. Precision welding is not only measured by the accuracy and repeatability of the machine tool, but more importantly by the consistent parts produced on the system.

Both the capacitive and optical methods of focus control precisely guide the motion system, maintaining critical focus position and following the contour of the part regardless of surface irregularities. All linear axes of the system react to sensing of the part surface, creating unlimited correction along the axis of the beam. The combination of crash protection and part sensing gives the Ace Precision operator confidence to use aggressive processing speeds without fear of damaging the system or scrapping the part.

“The weld head itself is another system feature we needed,” Magedanz says. “We had limited lens protection with the CO2 system we were using. We’d complete two or three part runs and then we’d have to replace the lens. With our latest Laserdyne 430 systems, the air knife feature incorporated in the SmartShield feature blows air down and across the lens to keep it free from weld spatter and debris while cooling the lens. The air knife creates an invisible barrier so contaminants are kept from depositing on the lens.

“So now, with the SmartShield feature, welding precision is ensured and costly lens replacement is minimized with the additional advantage of reducing machine downtime,” he adds.

“Acquiring those three machines really helped make our laser operations more efficient and productive when we really needed it,” Magedanz says. “Prima Power is a leader with fiber laser technology and gives us a major competitive advantage. Overall, we believe that acquiring new fiber laser systems from the same manufacturer is efficient and cost effective and ensures a high level of service continuity that’s important to us and our customers.”