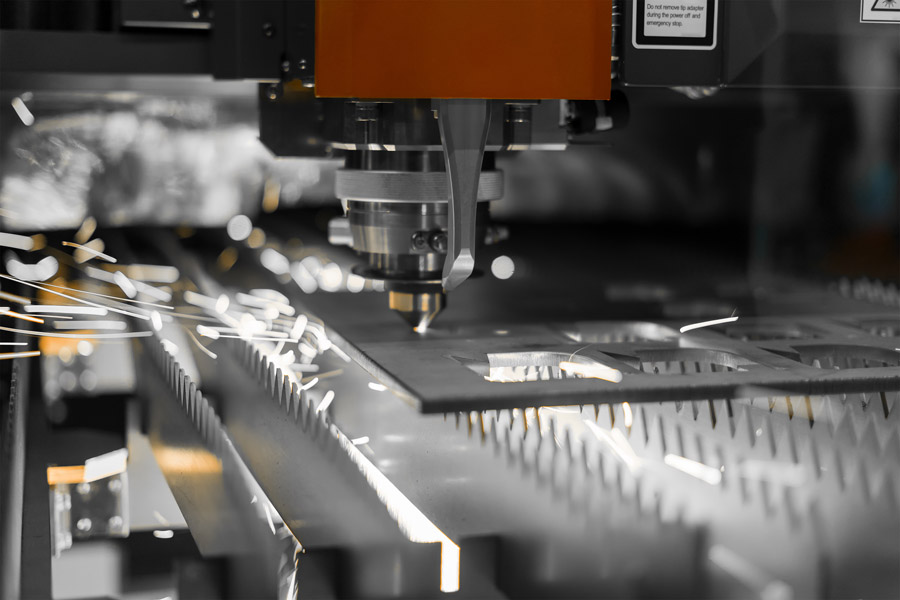 Laser cutting machines represent a serious investment for any fabricator. As a result, unexpected downtime can have a deafening impact on production and, ultimately, the bottom line. To learn how to avoid the dreaded sound of silence, Tony Barnett, technical manager for Lantek Systems Inc., discussed the importance of protecting the laser cutting head.

Thanks for your time today, Tony. What’s your background with laser cutting?

Before joining Lantek, I worked as an application engineer for a machine tool dealer. Because lasers were among the cutting tools we offered, my job included laser programming, machine demos and on-site application support for customers. About nine years ago, I joined Lantek. Much of my time has been focused on assisting fabricators with laser programming. Today, I manage our technical services department supporting our technicians and OEMs. I also keep busy setting up machine postprocessors for the specific needs of our customers.

Aside from general maintenance, what are some common reasons that cause laser machines to be out of commission?

There can be any number of reasons. Most of what I’ve seen is a result of improper setup or dirty or misaligned optics. Laser head crashes are another fairly common reason for machine downtime. Damage to the laser head is no small thing. At best, the result is lost production time, but in many cases, the head must be replaced. Needless to say, this can be costly and cause significant delays. 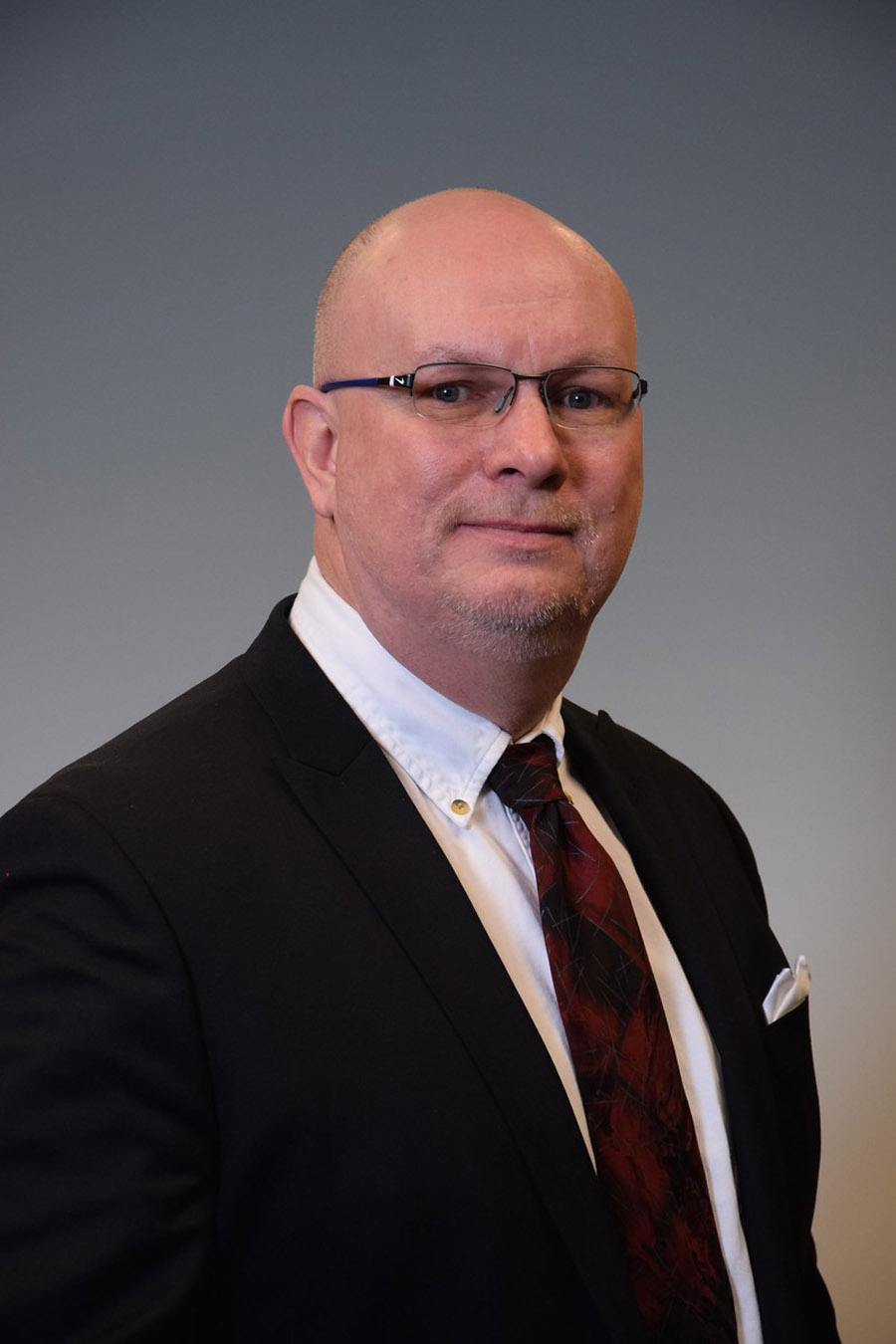 Tony Barnett, technical manager at Lantek Systems Inc., discusses a range of issues that could cause a laser cutting head to crash as well as the methods to avoid it.

What are the causes of laser head crashes?

During the cutting process, the laser head is moving – often very fast – across the material. To save time, the head generally remains close to the material surface while traversing to its next cut. A crash occurs when the head collides with a protruding piece of material. It’s also possible that if the head is traversing while down, it can fall into the hole of a previously cut contour. In nearly all instances, the damage is usually considerable.

What causes the material to protrude?

Most laser machines use slats to hold the material. These slats are typically spaced approximately 2 in. apart. If a contour is cut and it is not big enough to lay on at least two slats, the contour could then tip up and not fall through into the conveyor. Lasers, especially fiber lasers, move quickly. When the laser head crashes into a protruding piece of material, it often causes enough damage to require maintenance.

Is this a hardware or software problem, or is it due to operator error?

The laser cutting process itself causes the problem. When cutting a contour, there has to be somewhere for the contour to go if there is no micro-joint. On sheet drag-style machines, you have to open a door for each contour, or you have to create a micro-joint on the contour to keep it from falling altogether. On machines with slats, if the contour isn’t big enough to lie flat across two slats, then creating micro-joints is necessary.

Are fiber lasers more at risk than CO2 lasers?

They appear to be. As I mentioned, fiber lasers are much faster, and a majority of the cutting is done with high-pressure gas. This causes more tip-up problems from the gas pressure blowing the contour onto the material. When cutting with high-pressure gas, even if there is a micro-joint on the contour, it could still tip up on the opposite side because the gas is blowing it up.

If efforts aren’t made to avoid the red-flag issues, you would be at risk on every sheet you run.

Considering the tip-ups, does this mean that laser head crashes are more likely when cutting thin material?

I’d say that’s a fair statement. However, I’ve also seen crashes occur when cutting thicker material. And as you might guess, thicker, heavier tipped pieces can cause even greater damage to the laser head.

What are the other causes of laser head crashes?

When thin material has even a slight wave in it, the laser head can drag on the surface of the material when traversing with the head down. Another cause happens during common-line cutting where the contour can tip up just from the stress relief of the material. This can cause the head to hit the tipped contour. Furthermore, if the head comes back to the location to start the next contour, it could also collide with the contour.

By automatically applying micro-joints to a nest, operators can reduce the possibility of a laser head crash.

How big of a problem is this?

Any crashing of the machine is bad, even if there is no immediate damage to the machine because there’s still downtime required to correct the tip-up and then continue. If your machine has a shuttle table or is part of a fast-steering mirror system, you must have a nest that can run without issue to take advantage of a true lights-out operation.

What is the cost range for this type of damage?

Costs can vary greatly depending on the damaged machine component and the extent of the damage. A nozzle or a breakaway component can be replaced at a relatively low cost compared to the laser head itself. However, laser head replacements can run anywhere from a few thousand dollars for a CO2 laser all the way up to $25,000 or $30,000 for a fiber laser.

What can machine operators do to avoid a laser head crash?

Operators should remain attentive and stop the machine as soon as they see a tip-up. Also, if they have a preview of a nest, operators can sometimes tell where there is potential for an issue to arise. From there, operators must make sure to pay extra attention when the machine is cutting in that area.

What should operators do after experiencing a laser head crash?

After experiencing a laser head crash, stop cutting immediately and carefully inspect the head. Sometimes the degree of damage isn’t always obvious. Even if things appear to be fine, take the time to clean and adjust the head. Continuing to cut with even a slightly damaged or tweaked head jeopardizes part quality and could further damage the laser.

Yes, there are techniques that certain software could apply to help reduce the possibility of a laser head crash. For example, automatically applying micro-joints or allowing for manual placement can help. Sequencing the cut path helps to avoid previously cut contours automatically. Allowing manual changes by the programmer if necessary can also be helpful. Making head height adjustments when cutting the nest to avoid collisions is yet another preventative action to take. Cutting small contours that surround a big contour first also serves in avoiding a possible collision. 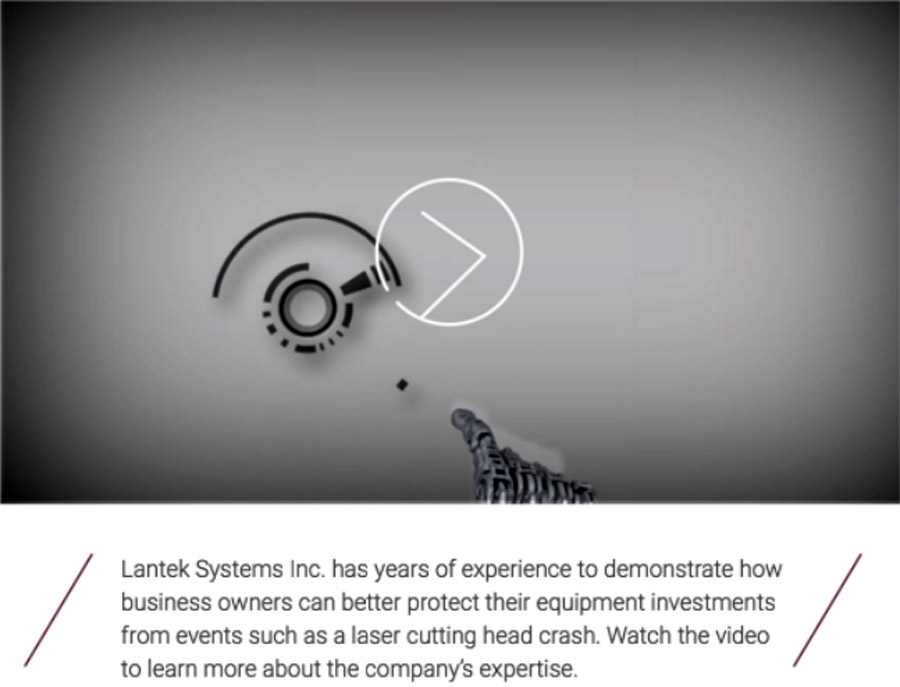 What specifically is Lantek doing in this area to help fabricators?

Lantek automatically does a laser head raising test from the current contour to the next contour to be cut. If certain criteria are met, we output code to raise the head, keep the head down or utilize other options the machine may have available. We recognize lead-ins independent of part geometry and so we can automatically move them away from a cut contour. We know by the size of the contour whether a micro-joint is needed and we automatically apply this at the end of a contour. We also know where the contours are in relation to the slats on the table and add micro-joints if a contour is only partially supported and could tip up.

Conversely, if a contour is small and not over a slat, we allow it to fall through by not applying micro-joints. For common-line cutting, Lantek can cut a small amount of the next contour to allow for a safe place for the laser head when it returns to begin cutting, avoiding a contour that may have tipped up. When cutting a flange, the software knows to cut the bigger hole last in case it were to cause a tip-up. The smaller holes would already be cut and, therefore, the collision situation could be avoided. We can also cut the micro-joints off after the contour cutting is finished. This eliminates a secondary operation to break the contours out that have been given the micro-joint.

Any final advice from a software vendor’s perspective?

Sometimes, nesting contours too close together or common-line cutting every contour on the nest is not the best practice. This might save you a small percentage on scrap or machine cut time, but if you have to stop the machine several times while running to clear a contour that has tipped up, you have lost the cost advantage of the material savings in machine production and efficiency. There needs to be a good mix of safety and efficiency and both are automatically achievable with powerful software tools.