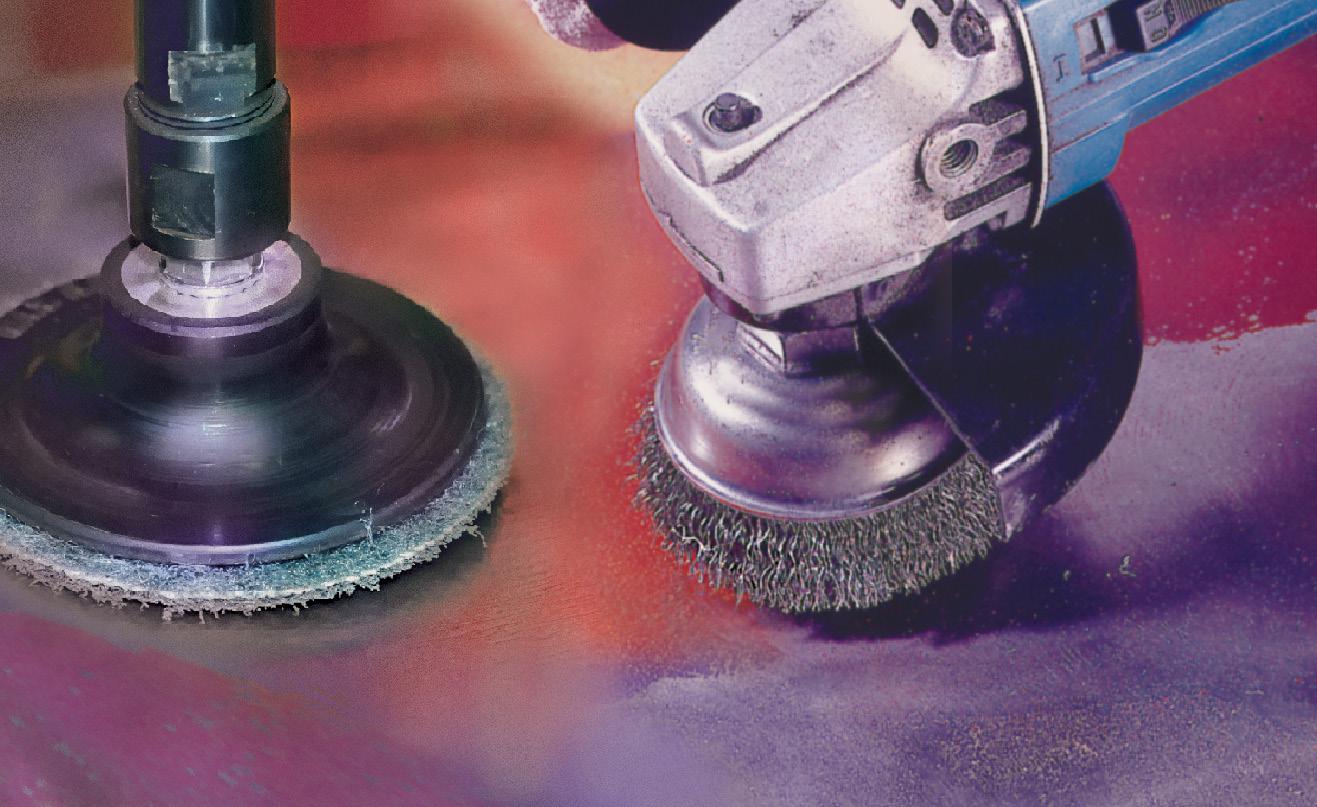 Holemaking is one of the most commonly performed machining operations, and is used in the production of everything from industrial equipment componentry to parts for planes, trains and automobiles. The problem is that holemaking can be difficult: drills may wander, boring tools tend to chatter, grinding is slow and expensive. Furthermore, precise control of hole diameter and surface finish is often lacking, no matter how accurate the machine or its cutting tools.

Luckily, there’s a well-known process capable of correcting these and other holemaking deficiencies, one that not only produces extremely round and accurate bores but leaves their surfaces as smooth as the proverbial baby’s backside. What is this miracle technology? It’s called honing, and it’s just the ticket for perfectly cylindrical holes with precisely defined surface topographies.

A honing tool is basically an expanding arbor, along the periphery of which is mounted a series of floating abrasive stones. As the hone rotates within the workpiece hole, pressure is applied and the arbor expands, thus removing material in a manner similar to that of other grinding processes. The hone then reciprocates along the length of the bore until the desired size and finish is achieved.

A dedicated honing machine is typically used, as are special cutting fluids and any number of abrasive types, even though the mechanics of honing are not terribly complicated. If you’re so inclined, it’s entirely possible to DIY hone the inside of a soup can with nothing more than a hardware store honing tool and the drill press in your garage.

More Than The Bore

Michael Schaefer, director of advanced honing technology at Gehring LP, says honing is used to create functional surfaces in a wide range of parts, including engine blocks, gears and cylinders, control valves and more. These smooth surfaces not only reduce friction, but carry lubricant and improve the sealing characteristics of pistons and other mechanical components.

Honing is usually performed as the final machining step after a semifinish boring or internal grinding operation. As a rule, the hone follows the centerline of the existing bore – the hole is left quite round and straight, and with a predictable size and surface finish, but in the exact same position as before. Yet, Schaefer is quick to point out that, for Gehring at least, this historical “follow the leader” honing constraint has been removed.

“Nowadays, honing is often used to replace the boring process,” he says. “Not only can we remove substantial amounts of material quickly, but we can actually change the position of a bore relative to another part feature – in connecting rods, for example, where we might need to shift a centerline by half a millimeter or more.”

This is a big deal to automotive and similar high-volume customers where every second counts. Not only can the time needed to pre-machine part features be reduced or even eliminated, but tooling costs are likewise reduced – a factor that’s increasingly important as automakers embrace difficult metals, such as compacted graphite iron and high-strength alloy steels, in an effort to reduce vehicle weight.

“For some industries, honing is primarily about improving surface finish,” Schaefer says. “But for our customers, honing is a matter of bore geometry, position, size control and surface structure, something that extends far beyond traditional roughness measurements. Those three attributes go hand in hand and require special tooling, special abrasives and specialized functions in the machine tool to be achieved.”

Nor are holes necessarily round in this brave new honing world, notes Schaefer. “A lot of times, we’ll take holes in the opposite direction. Consider a cylinder in an engine block. You might have a perfectly round bore when it leaves the honing machine, but after the engine’s been assembled and brought to operating temperature, that once perfect cylinder is now distorted by upwards of 100 to 150 micrometers. We’re able to anticipate that distortion and correct it by honing the cylinder out of round. This might be a matter of introducing a simple taper or bottle shape, but it could be far more complex than that with a need to correct for seven or even eight orders of distortion.”

This is accomplished by dynamically adjusting the individual feed pressure and position of the stones at any moment during the honing process, continually monitoring the bore size and profile with in-process gauging until the desired shape has been achieved. According to Schaefer, the resulting bores are often accurate to ±5 microns (0.0002 in.) with a Cpk of 1.67 or better.

If you think that honing is an “automotive only” process, think again. Dennis Westhoff, business development manager at Sunnen Products Co., says his products can finish holes the size of a pencil lead, holes large enough to walk in and holes longer than a tractor trailer.

“Honing covers a broad range of industries and capabilities,” he explains. “Some of our customers are doing hand-honing on a Bridgeport knee mill We have other customers with automated multispindle honing machines that are part of a high production manufacturing cell cranking out thousands of pieces a day. It’s all across the board.”

Those familiar with honing tools no bigger around than a fist might wonder why anyone would need a precision hole larger than a small car. Westhoff points to the hydraulic cylinders needed to close the intake doors on a hydroelectric dam, as one such application, or the jacks used to level a bridge deck for a civil engineering project. “A lot of people associate honing with the automotive industry,” he says. “And while that is certainly a big market, there are plenty of others. Oil and gas, for example. Fewer joints between drill strings saves money, which explains why the workpieces there continue to get longer. Basically, honing is a good solution for any application requiring a precise fit for a component that slides inside of a cylindrical bore.”

One thing that might account for honing’s increased popularity across industries is the availability of so-called super abrasives. Where shops once had to make do with aluminum oxide and silicon carbide stones, diamond and cubic boron nitride abrasives have now become common, improving metal removal rates while reducing costs. Honing machines have become more capable, as well, offering in-process gauging, robotic parts handling and PC-based controls.

Still, honing – like most abrasive processes – remains a bit of a black art. A honing technician must understand the effect of spindle speed and stroke rate as well as the pressure applied to the abrasive during the cutting process. Adjustments to grit size have a dramatic effect on surface finish and different hardness levels and types of abrasive are used to improve cutting action or increase stone life. The workpiece material, as well, can significantly impact the honing process, especially when one considers the greater number of high-strength alloys in use today.

“There are a lot of variables, but I think that, given some basic knowledge and good instruction, honing is definitely a skill that most anyone can master fairly quickly,” Westhoff says. “It’s just a matter of understanding how all the different factors interact with one other and learning how to adjust the process to make it work for your application.”

Everyone interviewed for this article agrees that training is an important factor for honing success. Sunnen offers in-house and classroom training for its customers. Gehring launched the Gehring Academy at the 2016 IMTS, which offers a variety of courses on machine operation and maintenance.

And Ohio Tool Works routinely goes onsite with each new equipment sale for one-on-one training with its customers, and also recommends regular attendance at one of its seminars.
“We go in and help with the machine startup, then train the operators and maintenance people,” says Ohio Tool Works’ partner John Hovsepian. “The problem is that people leave the company or forget what they learned during machine training. That’s why it’s important to partner with an equipment provider that can continue support and training long after the sale.”

According to Hovsepian, one of the most common problems is also the simplest to solve: dirty cutting fluid. “When I started in this business 40 years ago, filters on honing machines were few and far between,” he says. “Somewhere along the way, people realized the importance of a good filtration system, and today we rarely sell a machine without one. But that doesn’t mean that people always maintain them as they should. You still have to empty the tank and clean it. And you definitely have to make sure the fluid remains free of water and other contaminants. A small hydraulic leak or a little rainwater dripping from the ceiling is enough to ruin even the best cutting oil. That’s one of the things we preach about in our seminars.”

Another thing preached about is using the right stone for the application. That’s in addition to working with companies and individuals that have experience in the field.

“There are a lot of variables, but I think that, given some basic knowledge and good instruction, honing is definitely a skill that most anyone can master fairly quickly.”
Dennis Westhoff, business development manager, Sunnen Products Co.

“Between that and the oil, it can make or break any honing process,” Hovsepian says. “Using the right products doesn’t add any cost to your operations, but it sure can hurt you
if you don’t. They don’t even have to be our products – just make sure you’re working with someone who understands the process, who can help you with selecting the best machine and consumables, and support you if there are any problems down the road. There are a lot of people out there selling honing supplies who don’t know much about honing. It’s as simple as that.”