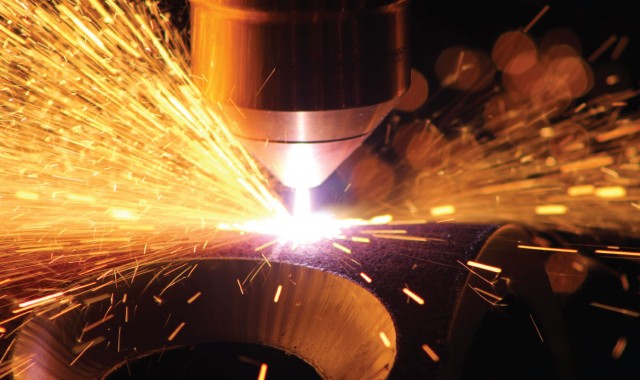 Imagine standing outside the Bird’s Nest in Beijing or at the base of the Millennium Wheel in London. To fully take in the massive stadium or one of the world’s tallest Ferris wheels, though, you’d probably want to take a few steps back.

If you were to take a few more steps back – about 31 years back to be exact –you’d find yourself at the early beginnings of HGG Profiling Equipment B.V., a leading pipe cutting equipment supplier that provided custom, pre-cut steel pipes for both the Bird’s Nest and the Millennium Wheel. No stranger to large-scale projects, the Bird’s Nest and the Millennium Wheel were just two of many large-scale jobs where the company’s long-standing expertise has been required. 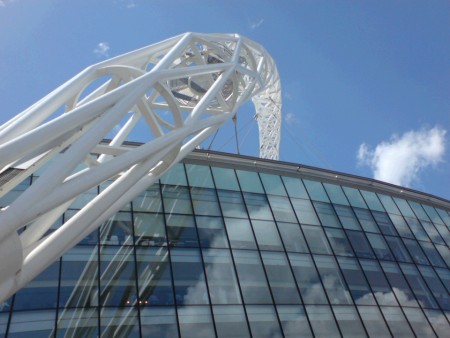 HGG, which is located on the western coast of the Netherlands about 45 minutes north of Amsterdam, began with the development of the first mobile computer-controlled pipe profiling machine. The goal was to eliminate manufacturing disadvantages, such as having to move large or heavy pipes. As the company grew, it expanded its offerings into a new, revolutionary product line of robotic profile cutting equipment. The new product line was so revolutionary for the shipbuilding industry that it earned HGG the Maritime Innovation Award in 2005.

Today, HGG is known internationally as a supplier of high-end pipe, box, beam and profile cutting equipment. The company, however, isn’t solely focused on the manufacture of cutting equipment. It also offers a cutting service department, processing steel for companies throughout Europe and for global projects, like the Millennium Wheel and the Bird’s Nest.

When HGG’s custom-cut material arrives at a construction site, productivity is soon to ensue. And that’s because HGG understands the on-site efficiencies that come from having the right weld preparation for the setup. HGG’s cutting equipment produces end cuts with a bevel for easier joining and welding, whether it’s round pipes or square tubing. The more cut-to-order projects that HGG takes on, the better its own equipment becomes. In fact, many productivity enhancements come directly from suggestions from its cutting department, which are then implemented into future equipment designs.

“Because we are using our own machinery to cut steel for our customers, we’re able to see areas for improvement,” John Tutino, HGG’s sales manager for the Americas, explains. “It goes the other way, as well. When our software engineers come up with an upgrade, for example, it gets thoroughly tested in our own shop. And our equipment managers aren’t shy about telling the engineers if something isn’t ready for prime time. Or, they simply report back explaining how an upgrade increased their productivity and how it will, in turn, help the industry. We’re our own biggest critic.”

Taking that internal approach to cutting improvements, HGG recognized a need for a short torch for robotic plasma cutting. Because of the unique design of HGG’s equipment, the standard-length torch assembly – typically between 12 and 18 in. long – wasn’t compatible.

To develop a short torch that would meet HGG’s needs, the company worked with Hypertherm Inc., a manufacturer of plasma cutting equipment. After only one year, the two companies were able to debut the equipment at Fabtech in Atlanta in November of last year.

“Hypertherm looked at us as one of the leading companies in 3-D cutting,” Tutino says. “And we recognized them as a world leader in the equipment they make, as well. Synergy, as cliché as it may sound, was achieved. We’re very proud of the collaboration.”

The end result was a shorter, non-quick disconnect torch assembly capable of proper beveling motion within HGG’s 3-D cutting chamber. Tutino says that the shorter design came with inherent benefits, such as a reduction in cutting movement and better accuracy and repeatability.

“Imagine yourself holding a torch and trying to make a movement,” Tutino asks while explaining the benefits that come from the shorter torch. “Picture both of your hands and how much your shoulders must move to draw – or cut – a circle. Now, picture a short-handled torch that can be held in one hand. With the short torch, you can use your wrist to make that circle. This is the same movement that a robotic arm must make. When you have something smaller and shorter, the robotic arm can use smaller movements, which equates to greater accuracy and less wear and tear on the equipment.”

The compact design for HGG’s cutting head came from years of internal development. A main focus was to have a piece of equipment that the company felt could be reliable. Another focus was also in regard to fume extraction. A dust collection system is integrated into the compact cutting head, which offers both health and convenience factors.

For manufacturers and fabricators cutting with higher amperages or on special alloys, the resulting toxic smoke can be drawn straight into a filtering system, keeping operators safe. And with collection points already built into the machine, users don’t have to buy third-party systems, which sometimes have to be manipulated for a proper fit. 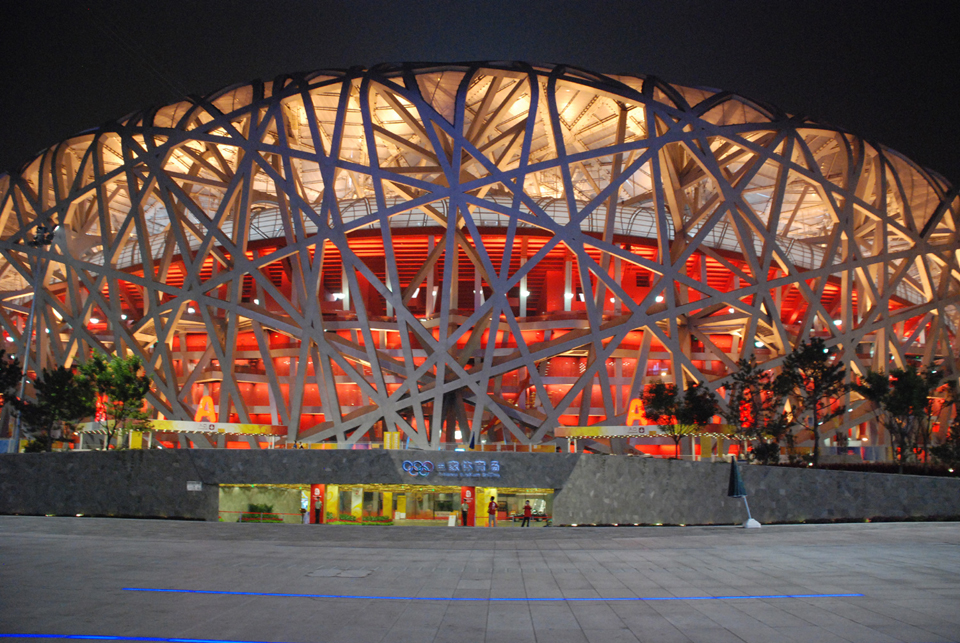 The development of the torch delivers benefits to both HGG and Hypertherm. Not only can HGG benefit from the short torch within its own cutting department, but so can the worldwide users of its equipment. For any robotic application where movement is limited because of space restrictions, the short torch will be desirable. Likewise, Hypertherm can benefit by working with robotic manufacturers to integrate the new development.

In a recent Hypertherm press release, Hidde van Hoeven, business team leader for Hypertherm’s mechanized plasma systems division, was quoted as saying that “the new, shorter torch assembly will also open up opportunities for us in the 3-D profiling segment that were previously not possible. HGG is recognized as one of the leading companies in this market and we are very pleased that we now have a solution that enables us to once again work commercially together.”

In terms of users, the short torch’s ability for bevel cutting and 3-D applications makes it ideal for structural steel and pipe cutting industries. Because of its ability to both cut and bevel, it can essentially reduce the number of machines on a fabricating or manufacturing floor.

With the short torch alone, it’s clear to see that innovation has ruled the day throughout the span of HGG’s existence. So has its willingness to cater to customers’ needs. Although the company is initiating product upgrades on its own volition, it also works closely with customers to make the types of improvements they need to enhance their productivity and, therefore, profitability.

In typical HGG fashion, this long-standing company mindset has led to yet another large-scale project. Recently announced, the profiling contractors division of HGG delivered pipe cutting and weld preparation works for construction of the world’s largest-ever maritime vessel, the “Pieter Schelte,” which was recently renamed the “Pioneering Spirit.” According to HGG, the ship “dethrones Allseas ‘Solitaire’ as the world’s largest pipe laying vessel. This 382-m-by-124-m giant is even longer than the Eiffel Tower is high.” 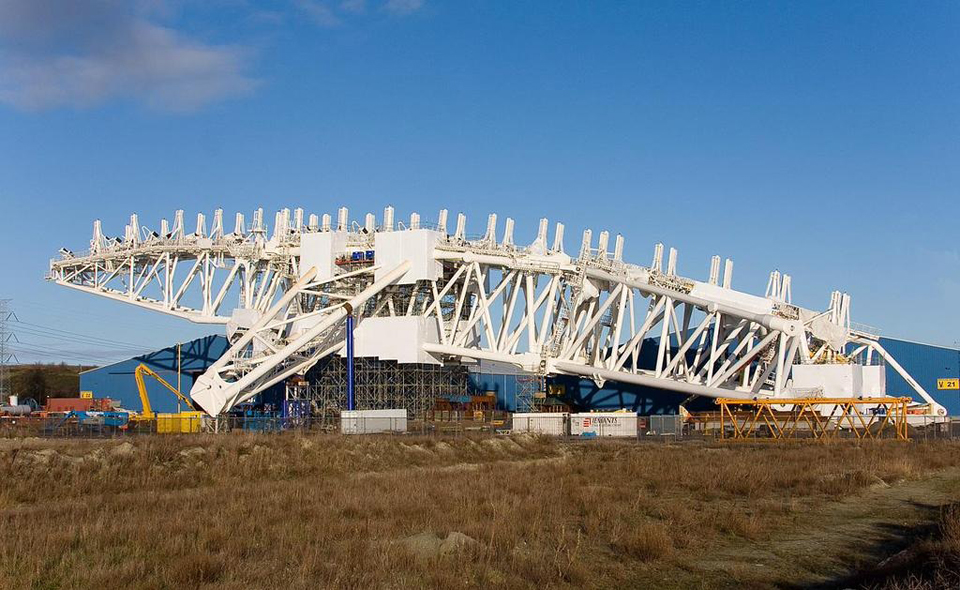