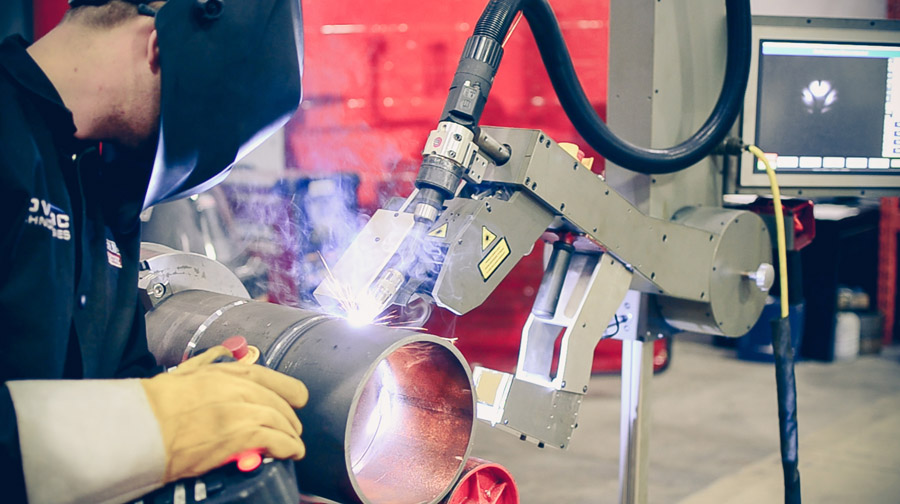 Robotics will have a significant impact globally over the next five to 10 years, being employed in industry, service and residential applications around the world. As seen in the International Federation of Robotics’ World Robotics Report, industrial robots are projected to grow to 2.6 million in 2019, which is about 1 million units more than the industry’s record-breaking year of 2015.

According to another firm, Research and Markets, the collaborative robots (cobots) industry, in particular, is forecast to “grow from $175.5 million in 2016 to $3.8 billion by 2021, at a high CAGR of 85.08 percent over the forecast period.” This rapid growth is driven by multiple factors, such as rapid technological development, increasingly competitive international markets and unparalleled growth in the U.S. economy.

While the cobot industry grows, the fabrication industry is likely to be affected by a number of factors, including the ongoing skills gap and the announcement from the U.S. Department of Commerce that all imported steel and aluminum is now in the same class as those metals that threaten to impair the national security and are now subject to significant tariffs under a rarely used clause of U.S. trade law. (The recent United States-Mexico-Canada Agreement does not re-address the 25 percent tariff on steel and 10 percent tariff on aluminum imposed by the Trump administration.)

According to some observers, inadequate U.S.-based capacity will be troublesome for the fabrication industry, which in the past has led to a spike in prices and lead times. Furthermore, a lack of U.S.-based production of certain grade steels and types of fittings will most likely have a negative effect, at least in the short term. But the impact on the industry is still difficult to forecast, given the integrated nature of shared supply chains between the United States and the rest of the world.

Thus, fabrication shops and mechanical contractors are only able to compete successfully by leveraging technology. As a result, demand for automation, specifically collaborative robots that physically interact with people in the workplace, is predicted to increase exponentially. U.S. shops will have to become more competitive in advanced technology and innovation to weather these recent changes.

One example of innovative collaborative robot technology needed for industry success in pipe welding is Novarc’s Spool Welding Robot (SWR), a cobot that allows fabrication shops to increase their welding technology and expertise, without increasing costs.

The SWR is a fast and efficient spool welding robot effective for high-mix, low-volume production and full penetration of root-to-cap pipe welds. The SWR allows fabrication shops to tackle bigger projects while bidding with a lower cost base.

Bottom line, SWR technology can increase productivity by 400 percent compared to SMAW, deliver a 50-percent increase in production capacity and perform 30 percent faster travel speeds when compared to root-to-cap semi-automatic GMAW. Overall, implementation of the SWR can result in a fourfold increase in throughput and production capacity and has the potential to recoup its cost in less than one year.

The development of the SWR began after Novarc founders met with fabrication shops across North America, and then put together a team of mechatronic, robotic and AI engineers, along with software developers and welders, to design and build the world’s first spool welding robot.

Given the fluidity of the shop floor working environment, the Novarc team designed the SWR to be highly adaptable. It’s also ideally suited for operating in fabrication shops with limited space.

By reducing costs associated with labor and rework, the SWR technology is exactly what is needed to help mitigate the impact of the tariffs on steel and aluminum. An added benefit comes from the SWR as it is helping to address the growing labor shortage in the welding industry. Currently, there just aren’t enough qualified, highly skilled pipe welders to manage the work in fabrication shops across North America. In fact, the American Welding Society forecasts a looming labor crisis that will escalate to a shortage of about 400,000 welders by 2024. 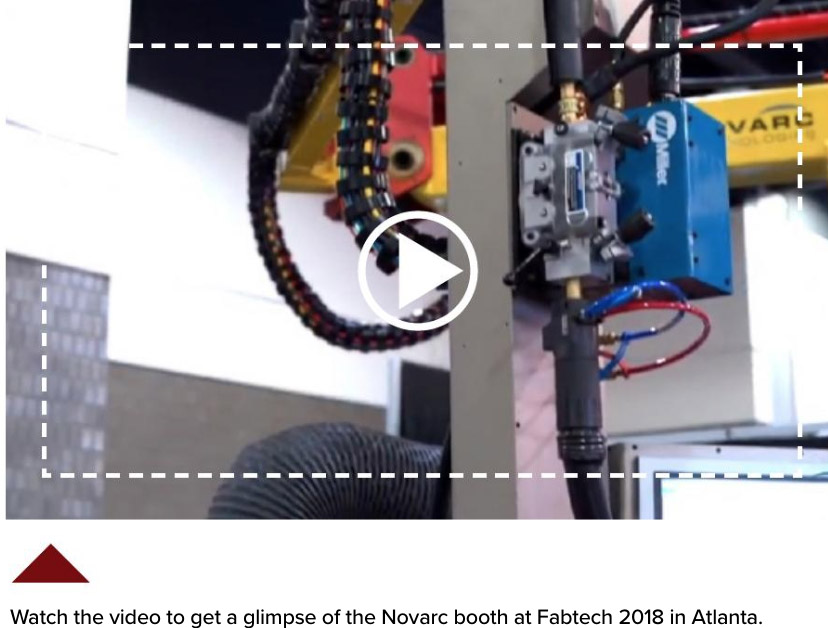 But Novarc’s collaborative robot doesn’t take jobs away from welders. It offers a solution to the growing labor shortage by providing a robotic tool that increases efficiency and welding accuracy on the shop floor. Junior and intermediate welders can take on the work a more seasoned welder doesn’t have time to do. In fact, collaborative robots can help those in the field do more with less and remain competitive in the international market.

These breakthroughs are now proven internationally for a variety of industrial applications. From pipe welding to small pressure vessel manufacturing and other 1G welding applications, the SWR offers proven and accessible automation that, ultimately, minimizes the effects of market challenges and allows fabricators to see tomorrow’s opportunities in the midst of today’s challenges.