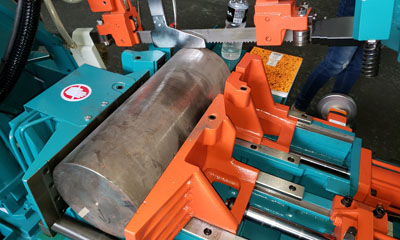 Despite its place in the pecking order, people who run job shops know that without the right bandsaw, they wouldn’t have the raw materials needed to produce the end product. However, most agree that shops could do a better job of selecting the right bandsaw that could shore up inefficiencies, produce better products, and save time and money in the process.

Michael Finklea, president of Finklea Mfg. Technology Inc. (FMT), has 30-plus years in the sawing industry, working with customers to get them the sawing equipment they need. If anyone knows the importance of the bandsaw’s place in a job shop, it’s Finklea. He also knows it’s not always easy to impress this upon the end users.

“Chances are,” Finklea begins, “the guy running your saw is somebody new with little or no experience. The customer lets us know they’re having problems, but then you talk to the operator and he says, ‘well,I was the clean-up guy – the saw guy quit and they put me on it.’ In other words, no training, just start cutting.”

Fabricators need to realize that finding the right saw for the job is an integral part of the overall fabricating process.
“It’s laying the cornerstone to
the building,” Finklea says. “If the cornerstone is off by a quarter of an inch, everything else after that is off by a far greater magnitude. A large amount of money can be saved by cutting closer to tolerances, having less scrap, things like that. If you can get a handle on what you’re sawing and who is doing your sawing, the savings can be pretty dramatic.”

Over the past three decades, Finklea has determined that about 90 percent of the people he talks to about bandsaws don’t know what they need. In fact, it’s not uncommon for the customer who calls for recommendations to lack the fundamental information Finklea needs to make an accurate judgment. Often, they’re just looking at size, but don’t know the particulars on the specific applications, materials being cut and capacity, which are crucial elements to the process of vetting what bandsaws are available and whether or not they’re a good fit for the application.

Another issue is the customers that call with a specific brand in mind. That blind loyalty to a brand ultimately limits their choices and can pair them up with the wrong sawing machine.

“A customer will say that they have a machine by a certain manufacturer and that they want something just like it,” Finklea explains. “And of course, we have to remind them that the manufacturer they had in mind only has three models, which might not really meet their needs.”

It’s at this point that Finklea begins to ask specific questions, perhaps the most important of which is “what are you trying to accomplish?” His typical process is then to ask a series of questions. The following four set the stage for further conversations.

1. What are the largest and smallest materials to be cut?
Large bandsaws are great at cutting large pieces, but they often don’t have the raw material handling capabilities to grip onto smaller pieces. Plus, large saws, such as ones that can handle 40- in. material, will likely make poor quality cuts, if at all, on smaller pieces.

Finklea explains that using the 80/20 rule can help determine the size of bandsaw required for the application. He says that you don’t want to cut more than 80 percent of the capacity of the machine
a majority of the time. If an operator is cutting 10-in. rounds through a 10-in. saw all day, that’s akin to driving a vehicle with the gas pedal pushed to the floorboard – all of the time.

2. What is the expected throughput?
This question helps determine if the customer needs a manual, semi-automatic or automatic sawing machine. For example, Finklea says that if the shop needs to cut five to 10 pieces per week, “well, he doesn’t really need an automatic saw – the manual saw is fine.”

If the customer is producing 100 pieces a week, a smarter option would be a semi-automatic saw. Rather than lifting the frame after each cut, a semi-automatic saw stops when it’s finished processing a length of material. The operator then simply moves the material to the next cut length and begins the process again.

Shops cutting 200 to 500 pieces a week should look at automatic saws.

“The automatic saw is essentially an employee,” he explains. “It’s the guy who shows up every day, you tell him what to do and he does it without all the headaches that sometimes go along with an employee. The only time it stops is when it runs out of material or you get to the end of your job.”

For shops producing hundreds of thousands of pieces a year (Finklea has worked with a client who was doing 1.2 million per year), multiple saws are in order. It’s at this point that he might recommend automated circular saws, which in 10 sec. can breeze through material that would take some bandsaws 2 min. to process.

3. How quickly do you need replacement parts?
When a part breaks, the best time to get a replacement, as most operators will tell you, is “yesterday.” In a perfect world, a replacement part would be down the street and on its way to the shop, but what if the part is in an entirely different country and will take a week or more to arrive – won’t that be too much downtime?

“If your machine is down and that’s the only saw you have, the rest of your shop is down.”
Michael Finklea, president, Finklea Mfg. Technologies Inc.

“It’s rare for a manufacturer to have every single part for every single machine sitting on the shelf here in the United States,” Finklea warns. For an end user considering Brand A for their bandsaw needs, they need to investigate where the replacement parts are coming from. If the answer for Brand A is, “out of the country,” they might want to take a look at Brand B or C.

“A guy on a forklift will run into a panel or something like that and all of a sudden, the machine is down,” Finklea says of a situation that’s actually not that uncommon. “How quickly can I get that part? Will the manufacturer have everything in stock for that?”

4. What features do you need on your machine?

This question piggybacks on what Finklea will often ask to get a better general overview of the end user: “What are you trying to do?”

Miter cuts are a prime example of when the end user needs to fine tune how they’re going to approach selecting the right saw.

“Do you need miter settings or not?” Finklea asks, adding that if the shop is only producing 5 or 10 percent of its jobs with miters, bringing in a miter saw might not be the best idea. However, if the end user is cutting tubes with 45-degree opposing miters on each end, they’re going to need a saw that can do that without secondary work. But that might come with some caveats that also need to be considered.

“You sacrifice some things with a miter machine because the rigidity of the machine is not as high as non-miter machines,” Finklea says.

Finding the best possible saw for one shop’s needs doesn’t do much good if it breaks down and there is no one around to service it. Which is why it can be advantageous to purchase from a local distributor. More often than not, local distributors have a service department that can get the customer out of a pinch fairly quickly.

However, doing due diligence when encountering a problem can also negate unnecessary service calls and any expenditures that aren’t covered under warranty. This includes providing as much information about the problem as possible and thoroughly checking the machine for obvious problems that might be solved by the end user.

“It’s always helpful if the end user can cooperate in the process by answering a few questions or checking a few things,” he says. “I can’t bring a whole machine of parts to you.”

Speaking of due diligence, Finklea relays the story of a service call that involved driving six hours to the shop to find that the saw, which was rated at 440 V, was being fed by a 500-V system, thus locking up the motor. Unfortunately, that wasn’t something covered under the warranty.

Most saws have a one-year warranty, which Finklea says is totally sufficient. If something is going to go wrong, it typically happens in the first year, which is why paying for an extra year of coverage isn’t always in the customer’s best interest.

“As long as you’re maintaining your machine correctly,” Finklea says, “you really won’t have a lot of mechanical or electrical failures. Depending on the manufacturer or the warranty, sometimes electric parts aren’t even covered.”

And that’s exactly why knowing what is covered in the warranty is important. But equally important is knowing whom to call if the machine goes down. Most of the time, it’s the person closest to you, which is the distributor.

“If your machine is down and that’s the only saw you have,” he says, “the rest of your shop is down.”

On FMT’s home page, there’s a line that reads, “it’s service after the sale that matters.” Despite that reassurance, Finklea is a self-described “straight shooter,” which means if he can’t
fix the problem, “I’ll direct you to somebody who can. I like to think of myself as a problem solver.”

FMT continues to branch out, but right now is focused on offering a full line of the Mega Saws brand of bandsaws, which is based out of Taiwan. It’s a company that Finklea believes has been underserved in the United States. Mega produces bandsaws ranging from 10 in. to 60 in. in capacity. Mega also makes a thin-kerf, high-speed circular machine and a variety of manual, semi-automatic and automatic cutting solutions. 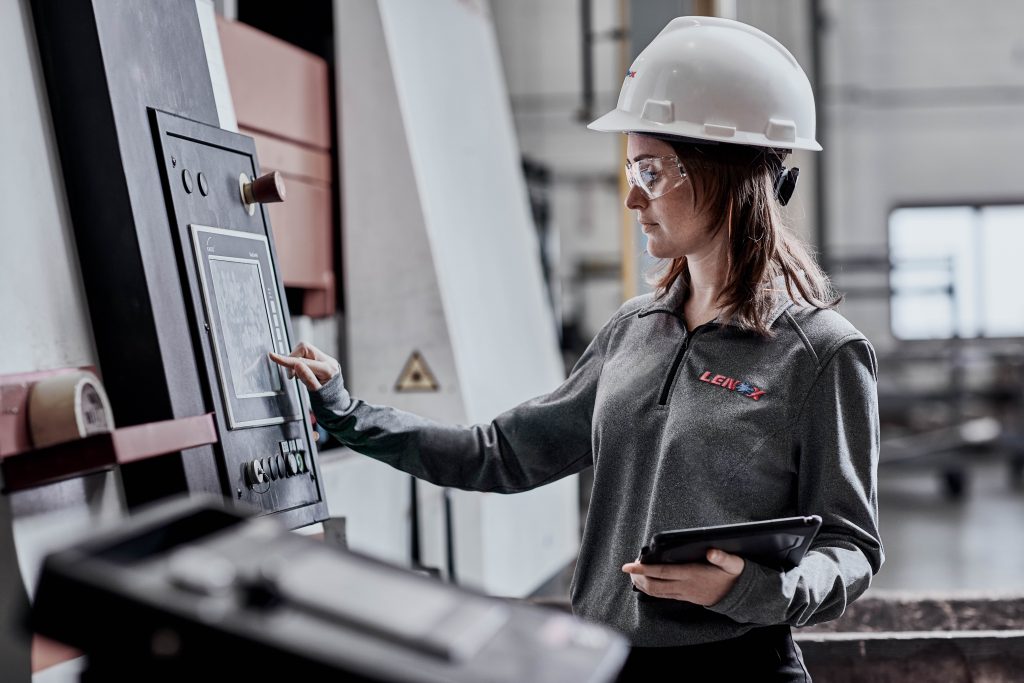 Operation Optimization
Saving aluminum
Aluminum waste can kill a budget, but not if you optimize the cutting process and accurately track materials
Dec 04, 2021 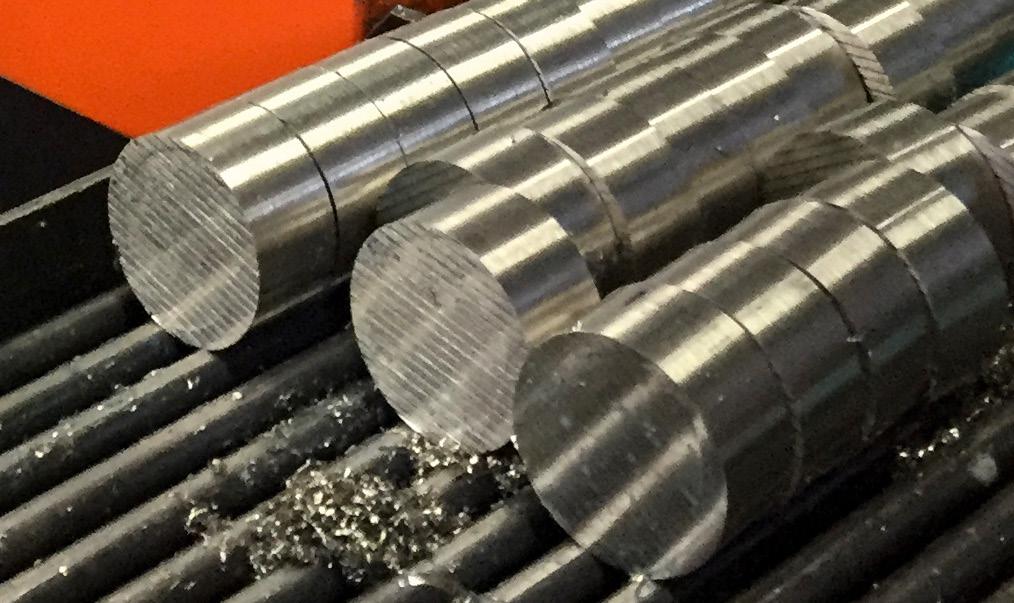