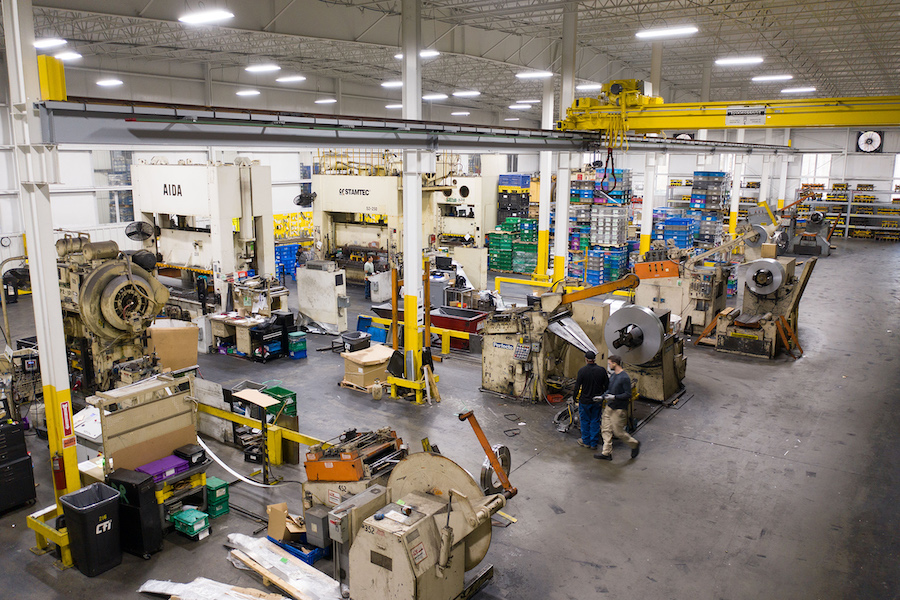 For the last 40 years, Choice Fabricators Inc. (CFI) has been a parts supplier to the appliance, HVAC and automotive industries. The company’s massive 320,000-sq.-ft.

Metal stamping is CFI’s core competency. The facility has approximately 25 manual stamping presses that range from 100 tons to 800 tons and 14 progressive presses ranging from 100 to 1,100 tons. The biggest 1,100-ton press is 244 left to right for producing large parts, and two 1,100-ton presses have noble transfer systems that are transfer capable.

Determining the type of stamping press – manual, progressive or transfer – to use for the parts run is based on the volume.

“Progressive dies and transfer dies are more costly than manual dies, so if we don’t have the volume for ROI on the progressive press that would lead to a manual setup,” says Darlene Waters, CFI’s plant manager. “Generally, 50,000 to 60,000 pieces is where we would start to consider evaluating whether a project could be moved to a progressive press instead of a manual one. For the progressive machines, we have volumes over a million.

“The transfer comes into play for even higher volumes and is also utilized if the part complexity doesn’t lend itself to the manual environment,” she adds. “The size of the part sometimes plays into that as well. We don’t want a person to have to handle a large part manually all day long.”

Located in Rainbow City, Ala., CFI is among the many businesses experiencing the all-to familiar shortage of skilled workers. CFI is No. 4 or 5 in terms of the largest employers in the area.

“We would definitely hire more people if we could,” Waters says. “We currently have around 235 employees, but we’d like to have around 275 to 280. That means we have to rely on worker overtime, and it’s not just us; it’s a huge problem in our entire community right now. In the surrounding area, we have 3,500-plus open positions – for all types of work – within our small community here.”

CFI and other manufacturers in the area are working directly with the city and county councils and boards to come up with an overall plan to address the issue. The councils act as a liaison between the local colleges and tech schools and the local businesses to address what the schools’ curriculums should be to fill these positions.

Another way to find skilled workers is to train people in-house that have potential for higher skilled positions, such as training someone that stacks parts to be a press operator. So, what are the skills that CFI is looking for?

“We have a broad employment base that ranges from straight labor to highly skilled labor,” says David Alllred, CFI training coordinator. “One of my primary responsibilities is testing people to see if they have an unrecognized skill level or the potential to learn new skills. We’ve had people that have been here three, four, even up to 10 years that have been doing basic labor that have moved up to more skilled positions.

“The things I look for include the ability to do basic math, read a basic blueprint and do things of a mechanical nature on which we can build,” he continues. “If they fit that description, I’ll spend a week or two training them with hands-on experience, showing them how to accurately measure parts, read a blueprint more thoroughly and make sure the die is safely and properly placed in the press. It’s not rocket science, but it does require precision accuracy.

“Press operation isn’t rocket science,” he notes, “but it does require skill that develops over time. It’s something akin to muscle memory repetition. If you perform it over and over, it becomes second nature.”

Another valuable tool to help deal with the shortage of skilled workers is to have good equipment. When new employees are learning the ropes, good equipment makes it easier for the new operator and the person training them. CFI’s recent upgrade is a good example. In an effort to avoid potential downtime problems with their aging 20-year-old Wintriss Controls’ SmartPac press automation controllers, CFI decided to upgrade to the new SmartPac Pro.

“We’ve always liked the original SmartPac because of its core features,” Alllred says. “Those are really what makes it work for us. We’re big into die protection, monitoring tonnage and being able to control the oilers, feeding system and other various devices that need to turned on and off. We have other controllers on some of our presses, but the SmartPac is far superior.”

In addition to the core features, the SmartPac Pro features a large color touchscreen that makes it easy to navigate while also allowing for more information to be displayed.

“The touchscreen makes it easier to read, and there is an event log that describes every event that happens – everything from an over tonnage scenario to a sensor malfunctioning,” Alllred says. “We can go back and read through the history of all of the problems we’ve had so we can correlate it, address it from a training standpoint or analyze it in whatever way we might need.

“One of the other things we like on the Pro,” he continues,” is that we can custom create up to four screens to see what the part count is, how the tonnage monitoring is looking or just check to make sure that everything looks good. It’s so convenient. Before, we had to switch back and forth between screens, which was really a nuisance.”

Other SmartPac Pro performance enhancements include a searchable tool manager that can store an unlimited number of tool programs. The new tool summary screen enables the operator to view the entire contents of each programmed setup on a single screen and provides a place for users to place notes for the job. It also allows users to export data to a USB disk as comma-separated values. On top of that, users can create custom home screen dashboards to display the information they use most often. These dashboards can be named and saved in the favorites menu and quickly recalled any time.

The easy-to-access front panel external USB port is for backing up tool number memory and capturing screen shots. The USB port is also useful for attaching a barcode scanner, keyboard, mouse or other USB devices, as needed. The options manager allows the operator to add, enable or disable firmware options without having to upgrade the SmartPac Pro firmware. The operator simply enters an activation code, and the option will be initialized.

“Another thing that makes the SmartPac Pro stand out is its failsafe feature,” he notes. “Typically, if you disable a sensor temporarily and forget to turn it back on, it stays off

and you’re left running without protection. SmartPac’s failsafe feature, however, allows you to set a stroke count, say five strokes, where, after it hits that count, it would turn the sensor back on. That to me is one of the most beneficial features.

“An additional standout feature is the green quick-check sensor,” he adds. “If a part only partially exits the die, but still trips the sensor, that is a tough problem because half of the part is still in the die but the operator isn’t aware of it. Thanks to this feature, the operator is notified.”

A final factor that made going with the SmartPac Pro an easy decision for CFI was the upgrade program and the plug-and-play aspects of upgrading the old system to the new.

“The upgrade program, which essentially entails ‘give us your old equipment and we’ll give you new equipment’ ended up saving us a lot of money,” Alllred concludes. “If we had gone with another controller, we would have had to put in new tonnage monitoring wiring, which would have required us to hire someone to come in and implement it, plus the raw cost of the materials. So, we saved probably 70 percent what it would have cost us if we had gone with someone else. It was a no-brainer going with SmartPac Pro and it is a better product to boot.” 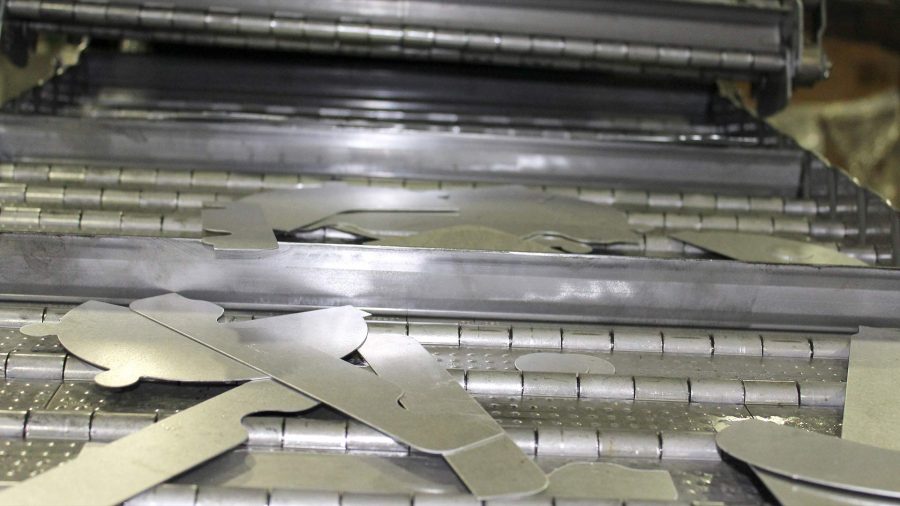 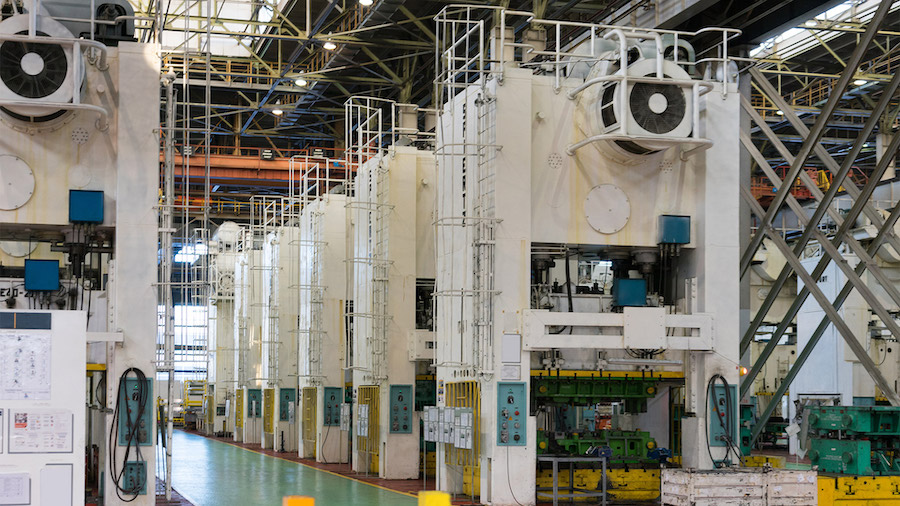 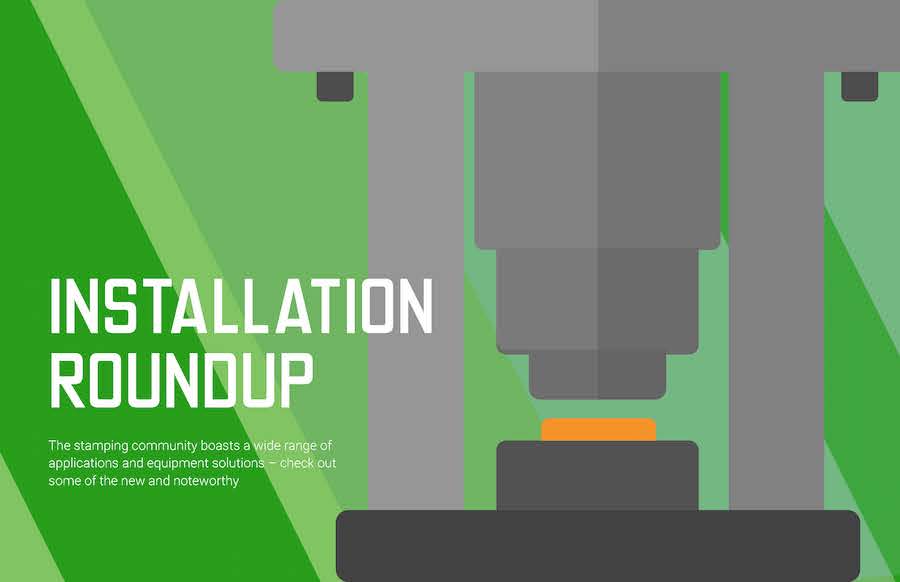