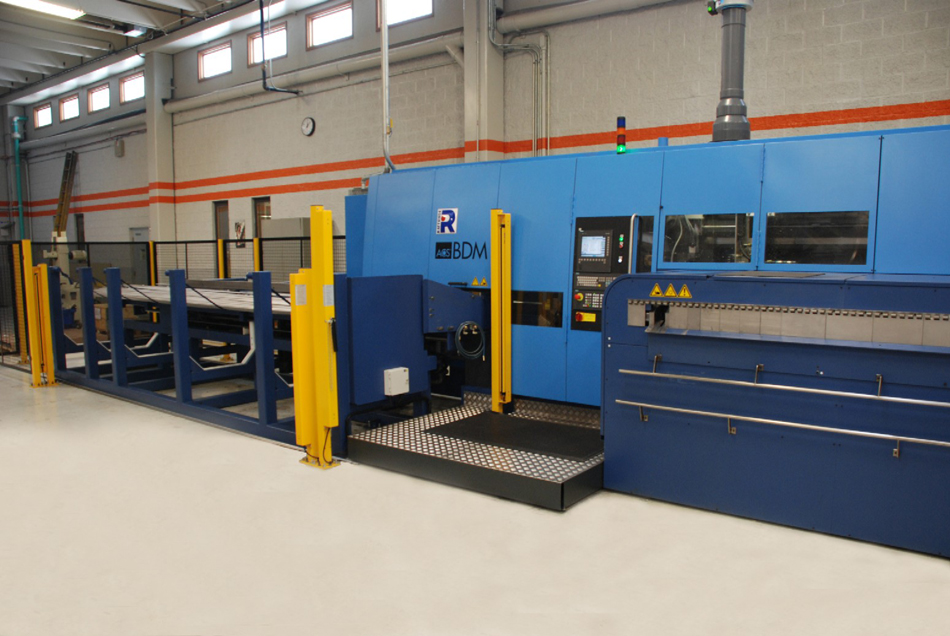 Open source. It’s a technology movement in which the source code of computer software is made freely available and modifiable by its developers, leading to many different versions. It’s not something that you’d typically associate with manufacturing technology, but when I visited with Siemens at FABTECH last year, I was shown the company’s CNC control software, and I couldn’t help but draw the comparison in my mind.

A prime example of open-source software is the Android mobile operating system. You can download its source code right here. Many different smartphone hardware manufacturers customize Android and create their own versions of it for their devices. And now Siemens allows something similar with its CNC controls.

“Our open architecture is pretty unique with our CNC controls,” says Ryan Legg, Product Marketing Manager. “A lot of various suppliers offer the ability to custom stream the HMIs, but we feel we’ve taken it to a deeper level. We take it to the level of the NC kernel, and we even offer the ability to do custom compile cycles within our controls. You’re getting down to the level of interpolation within the control itself. That’s what really gives us the ability to support almost any type of machine and application.” Almost any type of application indeed.

“Obviously, in the CNC machine tool world, milling and turning are going to be your most common applications,” elaborates Legg. “And that’s mainly supported with our entry-level and mid-range controllers. But we also support a wide variety of other applications, as well, especially with our high-end flagship 840D solution line controller – applications like grinding, lasers and waterjets. We’re even starting to get into robotics and composites applications.”
As far as robotics applications, Siemens customizes its controls for them.

An example of an application of these CNC controls is this bar and tube processing system from Rattunde.

“We’ve made some advances in this area in which we’ve really simplified the communication process and even developed some specific screens within our HMI where it makes it much easier to control the robot right from our CNC,” he says. “Historically, it’s been more common for the robot to be controlled separately – for it to have its own controller and everything.”

“We’ve also worked on some other cases where we’ve actually had the CNC literally be in the controller for the robot, too. There were some special examples of this where it really came down to an accuracy issue. In most typical robot applications, you don’t necessarily need to have the same fine positioning accuracy you do in CNC machining applications, but we ran into some unique applications where our customers really needed a much higher level of accuracy that they could not achieve with the conventional robot controller, but still wanted to use the actual robot.”

Siemens also offers a number of other features on their CNC controls, including shop floor programming capability, modularity and remote diagnostics, but one that Legg specifically points out is referred to as MDynamics, which is designed for high speed and high accuracy machining capabilities, he says.
“This is an area where we’ve really made big improvements with our latest generation of controls,” he continues. “We’re now one of the top players in this area with the ability to execute a part program at very high speed while still maintaining a high level of accuracy. [One example would be] mold and die-type applications where you might have a program with a lot of fine-line segments, but you still want to be able to process it with a good amount of speed and accuracy. It allows for faster cycle times.”

Pictured is a close-up of a circular carbide cutting operation, which can be controlled by using Siemens CNC controls.

Another feature that Siemens CNC controls offer, as mentioned earlier, is particularly useful to job shops, and that’s shop floor programming capability. It allows an operator to essentially create a part on the fly. Legg says that the control prompts the user to enter various information about the part that they want to create, as well as how they want to machine it. Once it has that information, it creates its own part program in the background.
In addition to shop floor programming capability, Legg also points out that the Siemens line of CNC controllers is also very modular.

“There are various levels of actual numerical control units available,” he says. “It can also be offered in a PC in the operator panel or with a thin-client unit – that’s optional either way. There are also various sizes of operator panels that are available from a seven or eight-inch up to 19-in. displays, as well as various different types of machine control panels available.” For peace of mind, the remote diagnostics feature of Siemens CNC controls allow an OEM to potentially solve service issues for a customer without having to come on-site.

Siemens CNC controls 64 axes of motion. The Rattunde machine pictured earlier has two such controls on board.

“Quite often, problems can be solved remotely,” comments Legg. “It can ultimately save you the cost of a service call, and that way it increases productivity. From the OEM’s point of view and from the end customer’s point of view, it’s keeping the machine up longer, saving them downtime. It’s a win-win scenario for everybody, really.”

Legg also points out that one other advantage that Siemens provides is that it offers its own CAM software, NX CAM. “This is something I feel is very unique in the industry, because CAM systems and CNC controls obviously need to work together,” he says. “We’re really the only company in the industry that has a CAM system and CNC controls being offered from the same company. Typically, the software companies that provide a CAM system and the CNC companies have to figure out how to make themselves compatible with each other. But that’s not the case with us – the CAM system and the CNC controls are coming from the same parent company. That really allows us the ability to fine-tune the post processing to specifically suit our controller. That’s absolutely unique in the industry.”