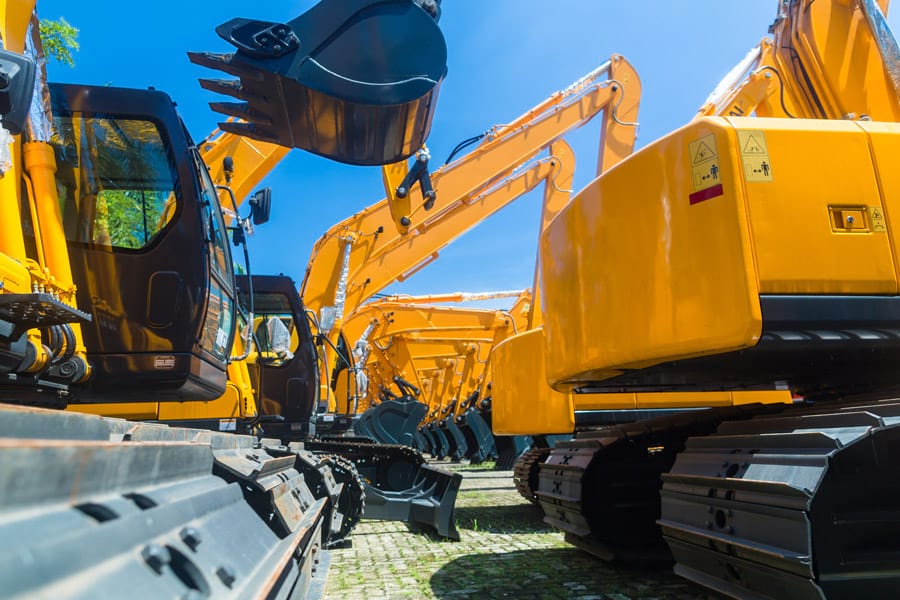 The construction industry weathered a tremendous economical storm during the recession, but today it’s enjoying a surge in business that shows no sign of slowing down. Construction projects that were once stalled are now progressing while new projects are popping up, quite literally, all over the country, especially in the Midwest and Southern regions of the United States.

According to Statista, new construction was valued at around $1.23 trillion in 2017, up from around $788 billion in 2011 when construction spending reached the lowest level in a decade. The projected growth of the industry is expected to generate some $1.5 trillion in revenue by 2022, and the trend is projected to continue at least through 2025.

When welding, cutting or grinding happen on a construction site, fumes and dust rarely reach unsafe levels. Workers directly exposed to weld fumes or grinding dust are equipped with personal protective equipment (PPE), and the wind takes care of the rest.

But now, pre-fab housing and commercial buildings often feature components fabricated in manufacturing facilities rather than outside and onsite. This is a great way to reduce time on construction sites, and it also makes inclement weather less of an issue. However, it also means more toxic fumes are being released indoors exposing workers for longer periods of time.

Manufacturers engaged in processes such as welding, cutting and grinding cannot avoid dust and fumes in their facilities. But, they can make themselves aware of the dangerous toxins present and invest in the proper equipment to mitigate the dangers as much as possible. These contaminants don’t just threaten workers’ health and regulatory compliance, they also can make employee recruitment and retention more difficult.

Manganese is one of the most common elements metalworkers are exposed to, specifically in welding fumes. It’s also one of the most dangerous. It is found in most welding consumables and is also used in production of steel and aluminum alloys to improve malleability and corrosion resistance.

Due to its ubiquity in metalworking, welders and metalworkers in the construction industry should assume that their weld smoke contains manganese along with other toxic elements.

When manganese is inhaled into the lungs in the amounts contained in weld fumes, it becomes a toxin with devastating impacts on the body. Inhaling manganese fumes can damage the lungs and increase susceptibility to pneumonia and chronic bronchitis.

The combustibility of these chemicals and toxins can be especially dangerous. If dust builds up on machines and equipment, especially in closed spaces with laser or plasma cutting, the results can be catastrophic. It is imperative that dusts are properly removed and kept out of the air to maintain a safe environment.

If businesses in the construction industry are going to keep up with demand, they need to keep up with the regulations imposed by OSHA. After all, manufacturers and fabricators are legally responsible for maintaining manganese exposure for welders and other workers within permissible exposure limits (PELs). There are also guidelines set by the National Institute of Occupational Safety and Health (NIOSH) and the American Conference of Government and Industrial Hygienists (ACGIH), and each has its own recommendations.

OSHA PELs can legally be enforced. They are based on NIOSH recommendations, but with consideration of the economic and technical feasibility of achieving the standard. There are often different standards for different industries based on these considerations. The general industry PEL for manganese exposure is set at a 5 mg/m3 ceiling, meaning this limit cannot be exceeded at any time.

NIOSH sets recommendations based purely on the risk to human health. NIOSH has set the exposure limit for manganese at 1 mg/m3 time weighted average (TWA), meaning exposure should not exceed this level as an average over an 8-hour shift. The short-term exposure limit set by NIOSH is 3 mg/m3, meaning exposure should never be above this level even if the shift average is still below 1 mg/m3.

ACGIH sets threshold limit values based purely on human health impact as documented in the scientific literature. ACGIH standards tend to be the most stringent because they are updated as new studies become available and they do not take into account the technical or economic feasibility of the standard. The ACGIH threshold limit value for manganese is 0.1 mg/m3 TWA or 0.02 mg/m3 TWA for respirable particulate matter.

Legally speaking, manufacturers need only comply with the standards set forth by OSHA. However, it’s considered best practice to aim for levels closer to the ACGIH to stay ahead of future regulations. It’s also a great selling point to potential employees for a business to provide a safer and healthier workplace than other manufacturers.

There are four basic approaches to managing indoor air quality. First is to choose between an exhaust system and an air filtration system.

In an exhaust system, air is captured and released outside through ventilation system fans pulling the contaminated air out through the roof. To avoid creating negative air pressure inside the building, a makeup air unit pushes air from outside back into the facility.

Air filtration systems pull contaminated air into a collector and run it through a series of filters that remove dangerous particulates. The clean air is then pushed out of the system and back into the facility.

While exhaust systems are cheaper than air filtration systems and are often easier to install, there are drawbacks. One consideration is the release of contaminants into the atmosphere, possibly leading to environmental compliance issues. Also, the dust and contaminants being released outside the building can land on employee vehicles, work trucks and nearby homes and rooftops, creating other hazards.

There’s also no guarantee the makeup air system won’t push some of the contaminated air back into the facility from the outside. Ventilation systems may also put a strain on energy costs during cold months and hot months as the systems struggle to heat or cool the air being pushed into the building from the outside.

Exhaust systems can be an effective approach for businesses that have occasional “dirty work,” but if the operations include high-frequency welding, grinding, cutting and other processes contaminating the air, air filtration certainly has its advantages.

For example, contaminated air isn’t released outside of the building so the systems don’t impact environmental compliance. They also offer significant energy savings by recycling the air inside so air temperatures remain the same. More energy savings can be realized with air filtration units that monitor the air quality in the facility and then make necessary adjustments.

Many experts agree that source capture should be used wherever possible to collect harmful fumes as they are generated. The closer to the source fumes can be collected, the cleaner the air throughout the rest of the facility. Several source capture solutions may work for a specific application.

For robotic welding, hoods or enclosures are by far the most common source capture method. They are easy to set up to keep weld fumes contained for easy collection. One air filtration unit can be ducted to a singular cell or several weld cells can be ducted to a large centralized dust collection system.

Robotic tip extraction may also be an option if robotic welders cannot be contained under a hood, either because of the size of the parts being welded or the need for overhead cranes. Tip extractors are connected to robotic arms to collect weld fumes as soon as they’re produced. The extractor is connected to a high-vacuum dust collector.

For manual welding, backdraft and sidedraft tables provide built-in fume control. These tables keep fumes out of the breathing zone and minimize the need for the welder to make any adjustments. These types of hoods work best for fixtured welding, smaller parts and when in close proximity to the welding process.

Fume arms are also effective. They are a popular choice for smaller shops because of cost-effectiveness and flexibility.  The fume arm must be positioned directly over the weld seam for optimal fume capture so this may require welders to reposition the arm.

Fume guns build fume extraction right into the weld torch to collect fumes as soon as they are generated. Used in tandem with a high-vacuum dust collector unit, fume guns are a great solution for manual welders who need a high degree of mobility and don’t want to have to reposition a fume arm as they go. This makes them an excellent choice for large weldments.

In the past, fume guns were heavy and bulky and the weld quality left a lot to be desired. But newer models like the RoboVent Extractor are about the same size as a standard weld torch and deliver excellent weld seem visibility and control.

While many experts agree source capture solutions are optimal, they are not possible in all applications. The size of parts being worked on and physical constraints such as overhead cranes and very large components may make source capture difficult to implement. In these instances, an ambient air filtration unit is a good option.

The size of air filtration units can be a concern for some facilities, but there are models available that require a very small footprint on the shop floor. Others can even be mounted onto walls or suspended from the ceiling.

When it comes to air filtration, there is no one-size-fits-all solution, especially in the booming construction industry. A good way to determine the best solution for a facility is to have the air quality inspected. After finding out what they are dealing with, the company can work with engineering experts who can provide the most efficient and cost-effective solutions to keep people and equipment safe.