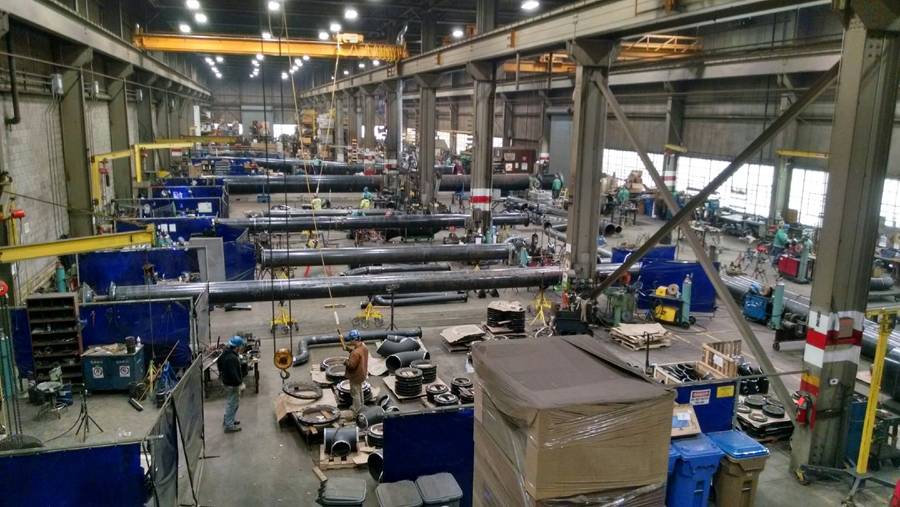 His plan – known as the Buffalo Billion initiative – is one of the largest, and some say most ambitious, economic development plans ever undertaken by the state of New York. The cornerstone of the plan calls for transforming an enormous brownfield. The land, which had potential contamination left over from decades of manufacturing at an old and long abandoned plant, is being transformed into a 1.2-million-sq.-ft. solar factory. Once complete, the facility will be the largest solar plant in North America.

One company working on the project is Quackenbush Co. Inc., a general mechanical contractor that installs heating, ventilation and air conditioning systems, along with industrial process piping. 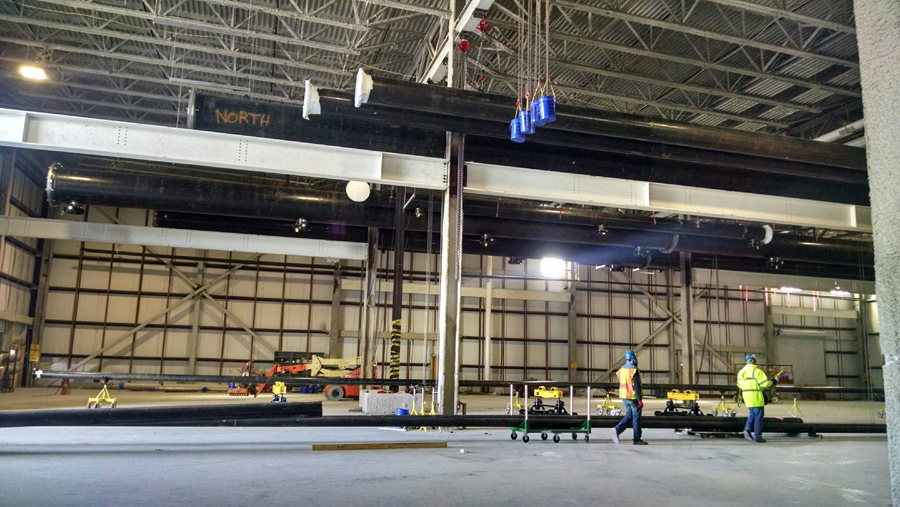 In business since 1932, the company has seen a lot in that time, undertaking jobs at power and water treatment plants, industrial facilities, commercial buildings, hospitals and schools, and food processing facilities. Quackenbush has its own prefabrication facilities, which it has traditionally used to assist its mechanical system installations and fabricate packaged skid mounted assemblies.

More recently, though, the company has reduced the amount of skid work it does to focus on prefabrication of components for its field projects. The end result is better quality, more efficient use of its craftspeople, and the ability to adhere to project schedules.

Originally the team at Quackenbush was thinking it would use oxyfuel to cut the pipe and plate needed for its projects, but after reaching out to a contact at Haun Welding Supply, a supplier servicing Upstate New York, Vermont and Northern Pennsylvania, the team decided to go with Hypertherm plasma.

The company began by purchasing a Powermax1650 plasma system, which it used on a pipe rolling table. The company was so impressed it immediately purchased a second Powermax1650.

When the River Bend project came through about a year ago, Quackenbush knew it needed to increase capacity so it once again turned to Haun Welding Supply, which this time recommended three Powermax105 plasma systems.

Two of the systems were installed on pipe cutting assemblies, which Quackenbush uses to make straight and bevel cuts on pipe up to 48 in. in diameter. The third Powermax105 was installed on a CNC table. The company originally planned to use the table to cut 5/8-in.-thick plate, but Barnard says they’ve gone way beyond that. 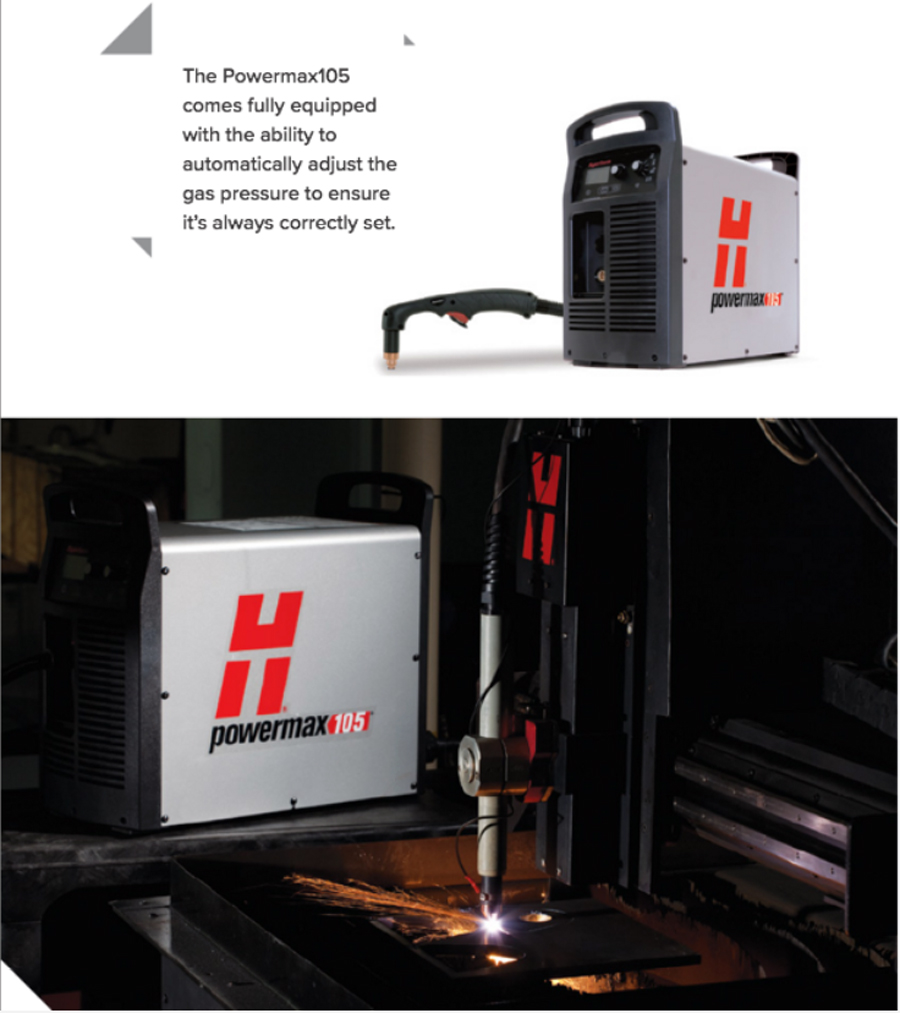 The Powermax105 plasma system for tough industrial cutting and gouging jobs delivers cut capabilities on 1 1/4-in.-thick metals. Features include Smart Sense technology that automatically adjusts the gas pressure to ensure it is always correctly set. Smart Sense also detects electrode end-of-life, automatically turning off power to the torch to prevent potential damage to the workpiece or other parts.

Seven Duramax torch styles, designed for high impact and heat resistance, provide versatility for hand cutting, portable automation, X-Y table cutting, and robotic cutting and gouging using the same plasma system. In addition, Quackenbush owns two Powermax30 Air plasma systems, which it uses to cut stainless steel. The Powermax30 comes with a built-in air compressor making it ideal for use in the field. It can be used anywhere there’s single-phase power. The internal compressor eliminates the need for an external air compressor and filter. Consumable design enables consistent cutting by optimizing the airflow from the internal compressor.

Although Quackenbush uses it for stainless steel, the small, lightweight handheld plasma system cuts a variety of metal types and thicknesses. It is built to withstand heavy-duty use in the most demanding environments.

“We love it because you don’t need plant air, so we can easily take it up on a lift,” Barnard says. He adds that Quackenbush is really happy with the Hypertherm systems it is now using. “By using the Powermax systems, we are doing the work in-house versus subcontracting, saving time and dollars. This is especially important with today’s fast-paced and tight-timeframe construction schedules dictated by our customers.”

Barnard sums up his feelings about his Hypertherm plasma systems in one word: Amazing.