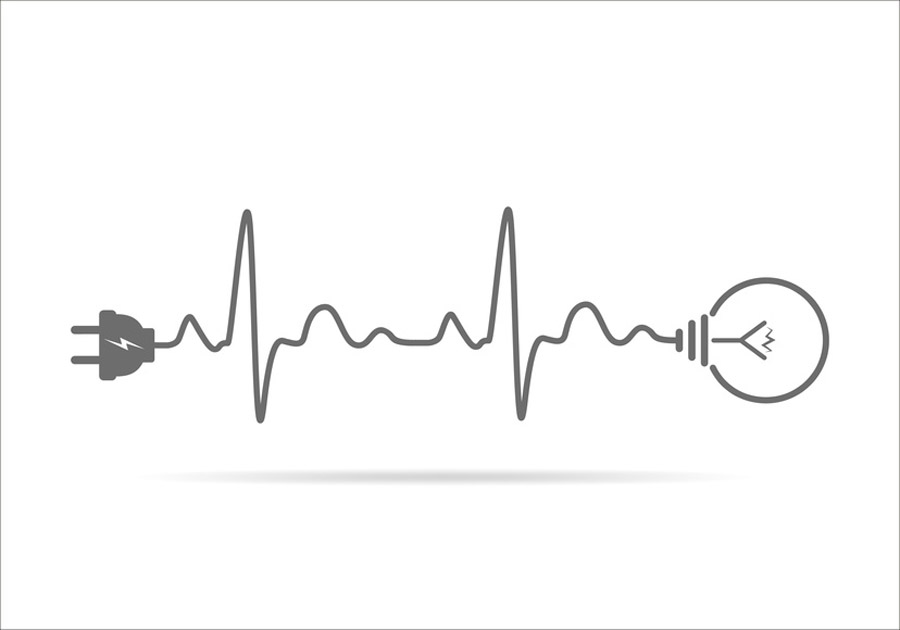 Since the U.S. Congress passed its CAFE standards in 1975, U.S. automakers have worked diligently to improve the fuel economy of their vehicles. And, they’ve gotten pretty good at it. Today’s cars run longer on a tank of gas than ever before, and much of that has to do with innovative lightweighting initiatives.

To reduce the overall weight of a vehicle, automakers have increased the use of advanced materials in their designs, such as aluminum, magnesium alloys, carbon fiber composites and hot stamped boron steel, just to name a few. And Ford Motor Co. is just one example of the auto industry’s shift toward these advanced materials.

The company’s F-150 exemplifies the rising use of aluminum while its Ford Fiesta showcases a reliance on ultra-high-strength steels. In fact, all of Ford’s vehicles feature boron steel in their door intrusion beams. Thanks to the material’s strength and rigidity, it protects drivers and passengers from collisions, maintaining a high safety rating.

Despite their many benefits, these new material mixes don’t come without challenges. For instance, when welding high-strength steels, there is concern for the potential formation of cold cracks in the heat-affected zone. New materials and material combinations, therefore, are leading engineers toward cutting-edge joining strategies, such as laser welding, friction stir welding and modern types of resistance spot welding.

One such type of resistance spot welder is the Flexwave, which was introduced at Fabtech 2015 and later outlined in an article in Welding Productivity. Developed by Dengensha Toa Co. Ltd., the parent company to Dengensha America Corp., the Flexwave offers the company’s proprietary waveform technology, which requires less electricity to produce quality welds compared to other standard resistance welding equipment. It also produces shorter weld times, less heat input, optimum weld nugget quality and weld parameters that are easy to set.

The Flexwave is able to achieve these results thanks to its capacitive discharge bank and 15,000-Hz bipolar medium-frequency converter. The capacitive discharge bank buildup can ramp up power to as much as 700 V, producing higher currents in shorter time increments and reducing thermal distortion in the weld and the potential for cold cracking seen in high-strength steels.

For applications involving high-strength steels, aluminum and hot stamped parts, the Flexwave has proven to be an effective tool. The machine is able to deliver the current and force necessary to avoid overheating at the weld. To continue aiding automakers in their lightweighting efforts, Dengensha extended its stationary spot welding offerings by launching a new smaller welder in its NDZ series.

As Bob Donovan, an electrical engineer at Dengensha, says, the Flexwave is a bit of a different animal compared to the NDZ-CDW. With the Flexwave, you can nicely produce very large projection welds whereas the NDZ-CDW might be better suited for smaller projections and parts. It all comes down to the weld requirements and ensuring that you’re not exceeding the capacity of the NDZ-CDW.

The benefits of the NDZ-CDW include cost savings and efficiencies in floor space. If the requirements fall within the capabilities of the NDZ-CDW, it wouldn’t make sense to invest in the bigger, costlier Flexwave.

“The NDZ-CDW welder is essentially completing the product line for Dengensha for capacitor discharge welders,” Donovan says. “The Flexwave is in its own category for bigger applications, and the NDZ-CDW covers lighter duty applications. The Flexwave can perform a wide variety of projection welds, which are difficult to produce, and although the NDZ-CDW can handle similar welds, the differentiator is based on how much power the application calls for.”

The NDZ-CDW offers a smaller footprint than its Flexwave counterpoint, but with the same ease of use. The compact version can produce weld currents as high as 50 kiloamps with only 6 kilovolt amps of power supply. While it’s ideal for welding small projection parts, it also offers users a broad range of part production potential.

Part production is handled in an easy-to-manage and repeatable manner through three current control modes: energy, peak current and constant current (see Figure 1). As an example, weld quality can be improved by setting the first weld to energy mode for weld strength while the second weld can be set to constant current for post-weld heat treatment. Again, it all comes down to the application’s requirements. And the NDZ-CDW can tackle a myriad of applications.

“We’ve found that users can control the current output more precisely by using the various modes,” Donovan says. “By doing so, they’re able to get more consistent welds. Standard CDW welders discharge the stored capacitive energy, but it uses the entire stored charge to weld without virtually any control over it. You’re not really able to control the flow of the current or, rather, the waveform. So you can’t really reproduce it or verify that you have some control over it. With our welder, you can do that.”

For welding small parts, such as joining high-strength steels to smaller nuts in sizes such as m6, m8 and m10, the NDZ-CDW is a good choice. Similarly, smaller projection welds are easily handled by the compact welder. 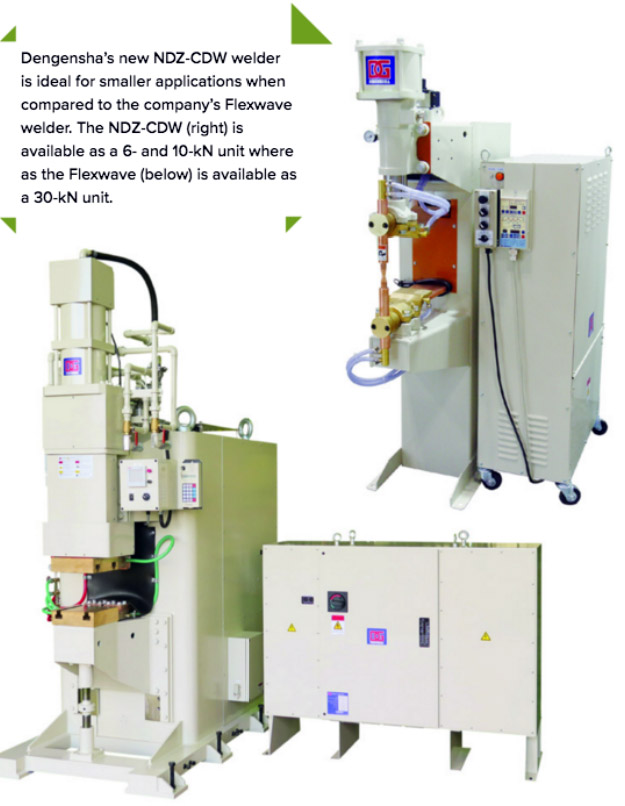 “To do a ring projection, a lot of energy is required and that energy has to be discharged in a short amount of time,” Donovan explains. “If you don’t have the proper schedule programmed, the parts can easily melt. For welding nuts to hot-stamped steel, the NDZ-CDW can perform the process in 3 milliseconds. You have to hit it fast and with enough force to do it, and even the smaller CDW can accomplish that.”

In the past, manufacturers approached these types of welds with DC welding equipment. Donovan says, however, that the issue with DC equipment is longer weld times due to the issue of waiting for the current to reach welding levels.

“For an aesthetic weld, too much heat is a problem,” he says. “That deep blue or black color you see on a weld indicates that too much heat was applied. One of the characteristics of the NDZ-CDW and the Flexwave is speed. They can get up to the desired current so quickly that the weld doesn’t have time to get hot. You have a much better looking weld and a cooler weld, so to speak.”

Not only is heat transfer minimized, but heat distortion is also virtually eliminated, improving the overall quality of the weld.

Traditionally, welding parts with an AC welder was fairly simple. But, as time passed and as new controls were introduced, the process of using an AC welder became more complex. It also became more expensive as the newer controls drove up the cost.

“They have these bells and whistles, but essentially, a simple situation became complex because of the software involved,” Donovan says. “Software can, of course, simplify things, but from my experience, it also carries inherent complexities for people who have been using traditional equipment for a long time. Dengensha understood that challenge and made the controls as simple to learn and maintain as they could.”

For Dengensha, ease of use also means providing readily available off-the-shelf resistance welding solutions. Instead of relying on a manufacturer to engineer a solution, which costs time and money, customers can hit the ground running with the standard models.

With both resistance welders – the Flexwave and the NDZ-CDW – Dengensha is providing the right equipment, focused at the right industries at the right time.

“The goal is to try and solve the problems that manufacturers are facing with the new materials that they’re being asked to weld,” Donovan says. “A lot of new materials are taking weight out of automobiles, and those materials are driving the industry toward new welding solutions. Our NDZ-CDW answers their present needs, especially in aluminum and hot stamped steel, and it does so in a simplistic, easy-to-learn way.”