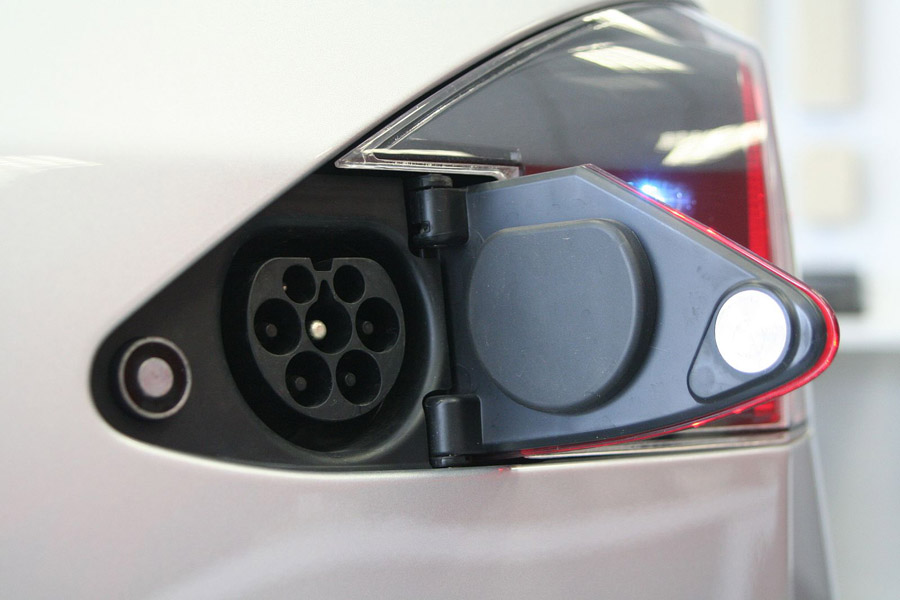 My daughter owns a 2012 Toyota Prius. It’s a big part of her California persona, something she adopted after marrying a native San Diegan. I’m still stinging a little bit from that event. What’s interesting, though, is how long the battery has lasted and how it has continued to perform at a very satisfactory level despite my daughter’s aggressive, oftentimes scary driving habits.

You can thank people like Jon Jennings, director of marketing and product management at EWI, an engineering consulting firm and manufacturing consortium. He and the other 150 or so employees share in a simple yet profound mission statement: “To shape the future of manufacturing through innovative technology solutions.”

It’s a noble mandate, especially when one considers the challenges faced by EWI’s clients in the aerospace, medical, defense and advanced energy industries. Forming of aluminum and advanced high-strength steels, advanced automation, additive manufacturing, failure analysis and structural integrity analyses – these are just a few of the areas where EWI guides and assists manufacturers around the world.

One area of particular interest is battery manufacturing. As the automotive industry embraces vehicle electrification en masse, the need for smarter, more efficient joining technologies for batteries beyond those used on my daughter’s Prius will become even more important.

“Batteries are completely unlike other vehicle components in that there’s zero room for error,” Jennings says. “For example, if you have a bad weld somewhere on the chassis, the wheels don’t fall off, right? That’s because there’s some level of structural redundancy on all mechanical systems.

“But with batteries, that’s not the case,” he continues. “Here, every weld represents an electrical connection. You simply cannot afford to have any failures, a factor that definitely raises the stakes from a quality standpoint.”

Not your father’s DieHard

What’s more, the joining process for batteries itself ranks among the more challenging of welding applications. The batteries contain “dozens and dozens” of individual cells, Jennings says, each with multiple joints confined to a relatively small area. The primary materials – aluminum and copper – present several difficulties for traditional welding processes. And the metals are often quite thin, which in some instances is like joining multiple sheets of aluminum foil.

The stakes are high from a structural perspective, as well. Electric and hybrid vehicle batteries weigh hundreds of pounds and produce hundreds of volts and sufficient amperage to power a car at San Diego highway speeds (in my daughter’s case, this is around 15 mph above the posted speed limit).

Unlike the 12-V battery in your late-model Ford Taurus, electric vehicle batteries can be an integral part of the chassis and must withstand high-speed crashes without exposing the occupants to lethal amounts of electricity. Generating this much power also produces plenty of heat. Therefore, most battery systems are liquid-cooled, further raising the bar for leak-proof structural integrity.

Further complicating the situation is the fact that safety and design standards for these cutting-edge products remain fluid. And as with everything in the automotive industry, components must be produced in a cost-effective, highly productive and sustainable manner. The result? Electric vehicle batteries are one tough manufacturing nut to crack.

Yet EWI, in collaboration with its customers and leading welding equipment suppliers, has developed several advances that may put arc welding back behind the steering wheel. One example of this is friction stir welding, which, as its name implies, uses the friction generated by a rotating tool to heat the weld joint. The process shows promise, although the size of the tool can present limitations with reaching into corners and tight spaces. And ultrasonic welding offers a productive method of joining the thin metal sheets used in electric vehicle batteries.

“The type of weld joint, the material and the workpiece itself typically define the joining method,” Jennings says. “For example, fit-up between the mating pieces tends to be more critical with laser welding than it is with arc welding, so the accuracy of upstream manufacturing processes plays a larger role, but laser would be better for distortion. Finding the best joining method can be a balancing act between these and other factors.” 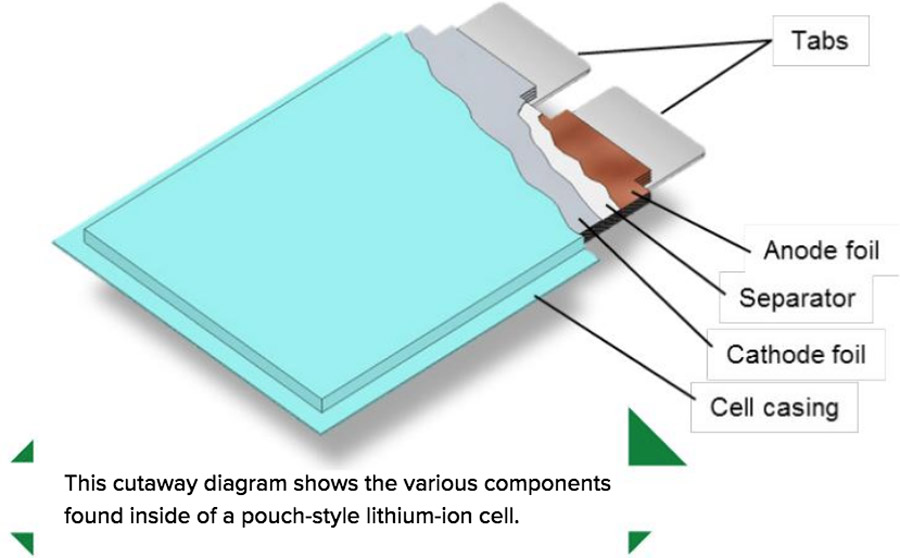 What’s more important than the type of welding technology is to get advice during the design process. Jennings says there’s nothing worse than seeing a finished assembly drawing with the words “join securely” on the welding call-out.

“We’re often approached by customers who have a nearly complete product design, but have no idea how to weld it together,” he says. “Other times, they can effectively join the parts, but can’t achieve the cycle time or cost levels needed for full-scale production.”

The solution, he says, is to consult with a welding expert early in the design cycle, whether that means EWI or another design and manufacturing consulting firm (although Jennings w 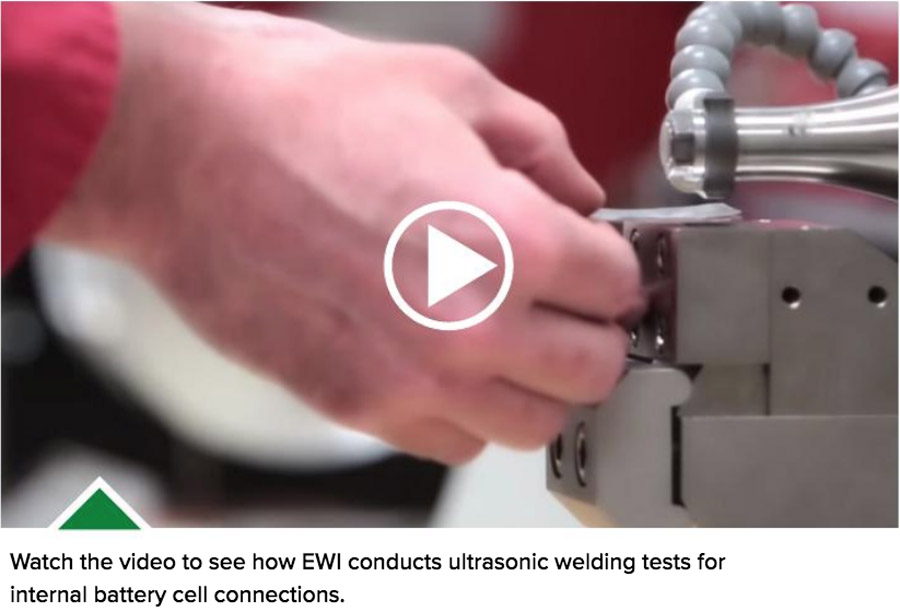 “We’re seeing a big push toward ultrasonic welding of the terminal connections and have done a lot of work with ultrasonic horn, or sonotrode, design as a result,” he says. “Again, this is where you need to speak with someone who has experience in this area – someone who can steer you through the weeds on electrical connections versus structural connections and help you achieve the most secure joint possible within the constraints of your project parameters. More so than ever before, there’s no margin for error with these types of products.” 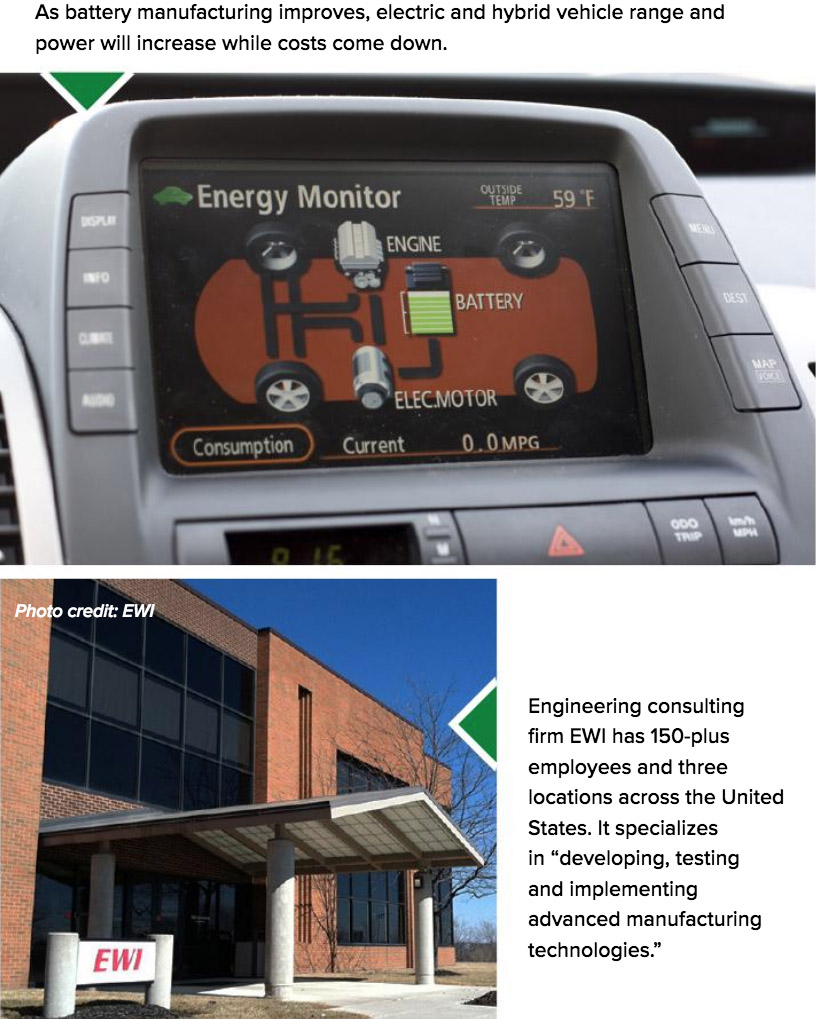