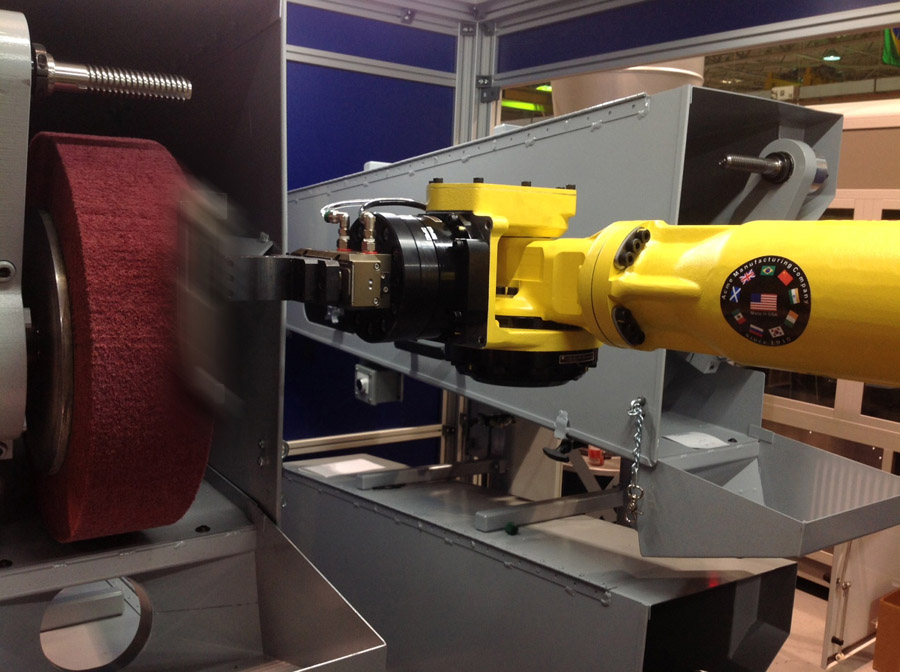 For many years, skilled finishers around the world have used simple cloth buffs, bundled them together and applied a greaseless abrasive compound to make the beautiful textured satin finishes enjoyed on many products, such as home furnishings. However, the problem with this process is that it is difficult to maintain the consistency of the finish, keep a constant high output and train personnel on dealing with the extremely difficult environment that the greaseless compound creates.

With the constant need for additional greaseless compound to be added to the buff to ensure a textured satin finish is maintained, inconsistencies within the process are a significant concern. Oftentimes, the compound does not end up on the buff, but rather on the walls, floors and even the finishers who show signs of the process with the lines of compound on their uniforms or aprons.

Additionally, airborne compounds can result from the process, causing eye safety concerns. Skilled finishers are known to have left the industry because they could not continue to deal with the mess and safety concerns inherent with the greaseless procedure long term. 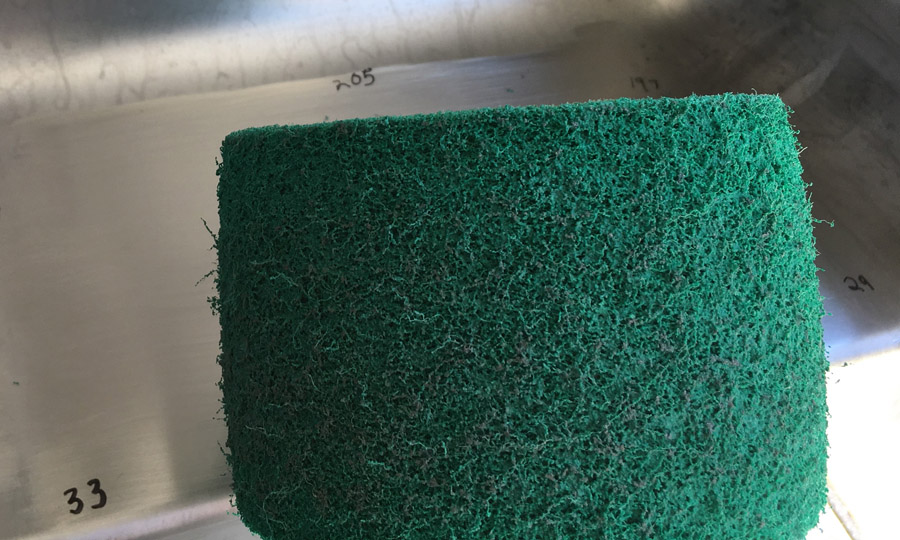 Today, non-woven manufacturing technologies offer finishers a way to continue to make beautiful textured satin finishes without the mess and safety hazards that greaseless compounds produce. New surface finishing products, such as those comprised of a non-woven nylon web impregnated with abrasive grain and a resin bond, have been found to save time and money and are safer for finishers to use.

Initially,finishers and company leadership were reluctant to veer away from the older greaseless compound technology. Some of their reluctance was based on the need to not only find a way to match the current surface finish with the new technology, but also ensure value in the new non-woven technology versus the cost of the old compound method.

Recently, however, a growing number of manufacturers have been looking at the true total cost of creating a textured satin finish. And this overall cost analysis has motivated some to switch to the newer non-woven technology because of its lower cost.

In addition to the non-woven bond technology, Norton is responding to this new mindset with its Bear-Tex proprietary Clean Bond non-woven products that offer a smear-free resin bond technology. This technology offers exceptionally smooth, smear-free finishes, which eliminates rework process steps and improves productivity by delivering between 25 and 50 percent savings when compared to the greaseless compound process.

These savings are generated by a combination of significantly shorter cycle times per workpiece, due in part to the elimination of the application time required with the greaseless compound, and a more effective abrasive grain design to make a consistent and higher structured satin finish. 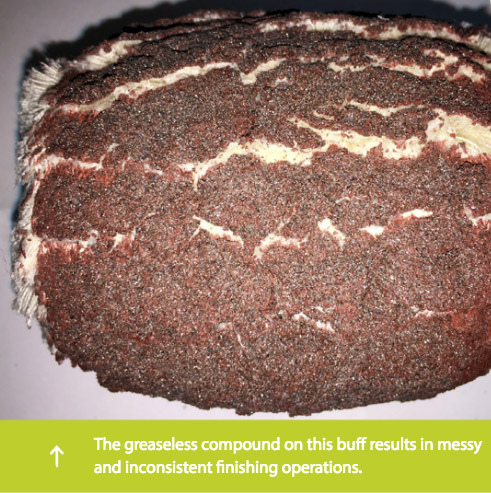 Another important advantage in the use of these non-woven technologies is the ability to automate nearly any process that currently uses the greaseless compound method. The compound process is generally too inconsistent for any level of automation.

In automation, certain varieties of non-woven products fit different parts and finish requirements, depending on what is being produced. For flat parts, Norton has developed non-woven belts that can be used for a straight and structured finish. The introduction of Norton Vortex Rapid Prep belts has enabled end users to not only replace greaseless compound applications, but also to replace other non-woven belts that do not have the agglomerated technology of the Vortex aluminum oxide grain.

The ability to customize non-woven and coated abrasive material with various abrasive grains and grit sizes means that nearly any current finish can be matched with the non-woven method. This customization makes automation a real possibility. No matter the expected final surface finish, with the interleaf technology and capability, a finish can be created that allows for a robotic/automated operation to function better than the traditional manual process with full repeatability and consistency, which has not been possible with the greaseless compound method.

With the improvements made by robot integrators such as Acme Mfg., Applied Controls Technology and Pinnacle Technologies, the ability to “read” the size of the wheel as it wears creates the ability to adjust for wheel speed and pressure. These capabilities enable the end user to create an exact finish for each and every part. 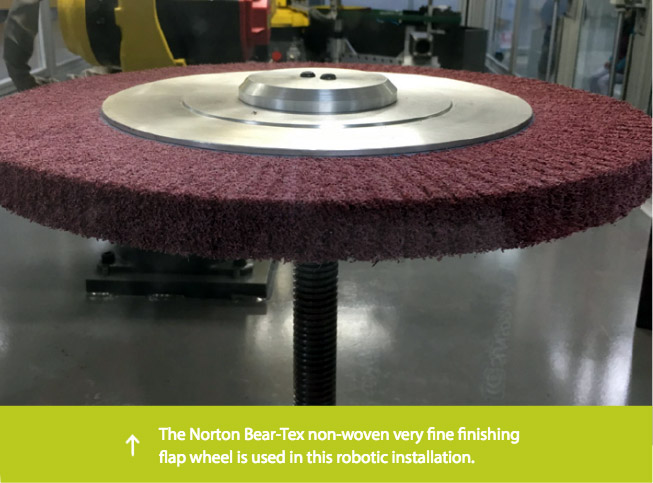 As consumable products, cost savings add up when converting from a greaseless compound to a non-woven technology. For starters, the need to keep greaseless compounds cool is an additional cost – as well as a logistical issue. Many businesses must refrigerate the compound at all times to keep it cool, adding to the bottom line cost.

Once the application time of using the greaseless compound is factored in, a total cost savings of more than 50 percent can be realized by using a non-woven product.

An example of non-woven technology savings was seen with a manufacturer working with stainless steel sinks. The process was slow due to constantly having to add the greaseless compound on each part, then allowing it to dry and set up before moving to the next step. In addition, this method was inconsistent because grit was coming off the buff during the process, making one side of the part coarser than the other side. This was also a messy application method: The compound would adhere to everything within the vicinity of the operation when applied to a spinning buff.

After switching to a Norton non-woven flap wheel, the company was finally able to get a consistent textured satin finish. Because the grit is impregnated onto the non-woven surface and does not have to be re-applied, the finish is consistent throughout the life of the wheel. The main advantage, however, is that the sink manufacturer is now able to automate the process.

When using non-woven products, the possibilities for cost savings are endless – and those cost savings become even greater when automating the application.