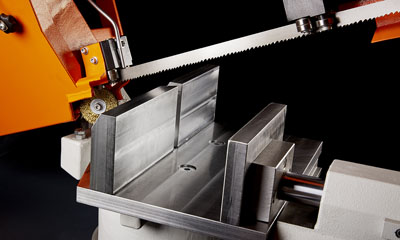 Armin Stolzer is the fifth generation of his family to be at the helm of Kasto, a company founded in 1844, and the sixth generation to have a leadership role with the company, ensuring family involvement for many years to come. With 174 years of tradition behind it, Kasto is one of the oldest family-owned businesses in Europe. Recently, its longstanding tradition of craftsmanship was on display at the Kasto headquarters in Achern, Germany, where some 600 attendees, including yours truly, witnessed it in June.

Future Days, an event that highlights the latest products and services Kasto engineers have developed, welcomed manufacturers and media from around the world. The ultra-modern building housing the Kasto corporate offices offers glimpses of the past as antique Kasto machinery is displayed in the hallways. Walking past the relics and into a large showroom, the crowd gathered for the unveiling of the new products, all of which were draped in cloths and ceremoniously revealed one at a time.

On the eve of Future Days, media toured the Friedrich Kicherer GmbH steel service center in Ellwangen, approximately 2.5 hours northeast of Achern. Kicherer, which was founded as a nail manufacturer 300 years ago, today operates out of a large, brand-new facility, the material handling portion of which was designed by Kasto.

Eberhard Frick, the managing partner at Kicherer, says they entered into an agreement with Kasto to design the new service center with speed in mind – they wanted to be able deliver goods reliably within the shortest period of time and with a $40 Euro per-ton advantage over the competition. In the former facility, the average time it took to load materials from the individual storage units, called cassettes, to the tractor-trailer was 75 min. The goal was to reduce that to less than 60 min. in the new facility.

“Kasto received very few guidelines or instructions to achieve this ultimate goal,” Frick says. “We told them we needed 10,000 cassettes, 140 movements per hour and that each truck needed to have one dedicated loading station.”

Kasto’s approach included a “bar” storage system for fast loading and unloading of materials, sometimes referred to as bars; Kasto also makes material handling solutions for sheet material, such as the Unitower B system that uses racks and pallets for sheet metal.

The Unicompact “Honeycomb” storage system, one of Kasto’s largest bar storage systems, was installed in the new building. All materials stored on the floor are tracked with QR codes, which are fed into the computer system, fulfilling another of Kicherer’s desires – to have a seamless operation to the existing IT system, particularly because Kicherer has been paperless since 1995.

The Unicompact solution makes the most of the usable space in a facility, so with 10,000 cassettes all stacked together in a central holding area at Kicherer, it resembles a honeycomb, thus the “honeycomb store” Kasto uses to describe the Unicompact system. Each cassette can accommodate material up to 19.6 ft. long and weighing up to 7,500 lbs. though Kasto also builds systems that surpass these limits.

The building is outfitted with overhead cranes, which are controlled via the Kastomobile software solution, that slide back and forth on massive overhead I-beams, utilizing anti-swaying technology to keep the heavy loads stable while in transit. The cranes are sent automatically to the retrieval area, and the operator only needs to lower the hook and unhook the materials into a cassette.

Material isn’t just moving overhead, it’s also being fed underground on hidden conveyors to the storage area, making the most of the available floor space.

The next morning, as hundreds of people milled around the hallways at Kasto headquarters in Achern, Stolzer and other members of the Kasto leadership board filed into the exhibit area to kick off the event, crowd in tow.

Nicole Krebber-Stolzer, a sixth generation Kasto leader, introduced the Kastomicut P 1.8, which is the company’s smallest manual saw, ideal for users in smaller workplaces for cutting material up to 180 mm. The P 1.8, which is designed for cutting tubes, solid materials and sections to length, is also used for miter cuts. The material clamping and blade tension control are manual, and users can adjust the feed rate manually by guiding the saw frame while a cutting rail provides material support.

The Kastomicut U 4.6 can process flat material up to 520 mm wide. A horizontal hydraulic vice clamps the material, allowing for more simplified handling and improves the rate at which small batches can be produced. Users can also choose cutting speeds from 12 to 150 m per min.

Kasto also introduced a re-engineered Kastotec line, focusing on the optimum use of carbide saw blades and innovative saw feed.

The Kastotec line has always relied on a steel mineral-casting compound in the saw to offer a higher degree of damping and quiet running. The pre-tensioned linear guides with grease-lubricated guide carriages have also been built into the line for longer working life. Changes to the Kastotec line include the stepless adjustable electromechanical saw feed that features two servomotors and ballscrew spindles, which reduces tool wear. This also enables an even finer adjustment and more precise movements for better cutting results.

Also new to the Kastotec line is a redesigned double saw blade-cleaning solution, featuring two brushes that are automatically adjusted to ensure they’re perfectly positioned to clean the blades, which improves blade life, blade performance and quality of cuts.

With 174 years of tradition behind it, Kasto is one of the oldest family-owned businesses in Europe.

Kastorespond, which was first developed for the Kastowin line, is now on the Kastotec line. The technology ensures the feed rate is constantly monitored and adjusted to match the required chip load for cutting through whatever types of material are run through it, including solids, tubes and profiles. 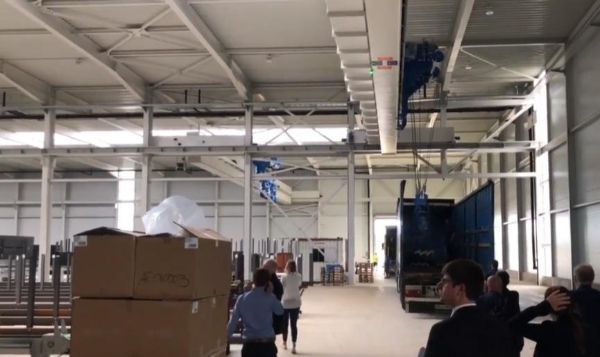 However, rather than relying on sensors, which can be prone to error, the Kastorespond system continuously measures the forces on the tool and converts them into optimum digital feed rates. The system works continuously to detect any material changes. For example, if a hard spot is detected while the blade is moving through the material, the system adjusts the feed accordingly.

Sonke Krebber, a member of the management board who is responsible for research and engineering, introduced the Kastotec AC 5 during the event, referring to it as the “fastest machine on the market,” and one that is also eco-friendly. It uses 40 percent less energy than other sawing solutions that can cut through round material up to 530 mm in diameter.

Unveiled and in operation during Future Days 2018 was the Kastomiwin A 4.6, one of a new range of fully automatic horizontal mitering saws that sports an electric saw feed drive with a ballscrew spindle. This is an extension of the Kastowin line, which was awarded with the renowned MM Award, organized by the German magazine MaschinenMarkt.

The jury praised the Kastowin line for its use of robust steel, making it “particularly quiet and deliver greater sawing precision.”

Kasto delivers on the “Future Days” moniker with the new Kastomiwin line, as it involves bringing new features, including being able to handle miter cuts between -45 and 60 degrees. A manual version is also available in the Kastomiwin U 4.6.

The A 4.6, for demonstration purposes, worked slowly through an I-beam, entering the material at an angle so only a small surface area was being cut. Ernst Wagner, managing director for Kasto in the United Kingdom and the German-to-English translator, explained that the blade angle while entering the material reduces blade wear while improving cut speed. Furthermore, the rack-and-pinion drive optimizes the material feed for the automatic version of the saw.

The saw has a clamping range of up to 460 mm, depending on the profile of the material. It can cut pieces as small as 10 mm by 10 mm. One helpful feature of the saw is that it is designed to avoid cutting into the material support table while making extreme miter cuts.

The Future Days event offered a unique inside look into how the company, which has more than 170 patents and shipped more than 140,000 sawing machines, continues to innovate and provide future sawing solutions.

In the corner of the large display room sat a Kasto service van where a new technology involving “smart glasses,” was on display. It’s the next step in an already deployed technology that enables services without having a technician make a service visit.

The VisualAssistance service can be used with handheld devices, although wearing the smart glasses leaves both hands free to make repairs. The camera on the glasses allows the user to provide the remote technician a view of the affected part(s).

Kasto technicians can remotely access many of Kasto’s machines through a network connection, which is perfect for troubleshooting programming issues. For saws that don’t offer that kind of access, and for non-programming issues, the VisualAssistance solution is a great option, says Jonathan Riegel, a member of the board of management who began his career at Kasto as a chief process and information officer and led the team that developed the remote solution.

“We’ve had many positive customer reactions,” Riegel says of the service, which was launched just in July.

One of the perks of utilizing the smart glasses is that the Kasto technician can send the user information, which appears on the heads-up display in the glasses.

As the Future Days event wrapped up, attendees got a glimpse of how the new saws and equipment are made with a tour of the facilities where so many of the components of the saws are engineered and manufactured. It offered a unique inside look into how the company, which has more than 170 patents and shipped more than 140,000 sawing machines, continues to innovate and provide future sawing and storage solutions. 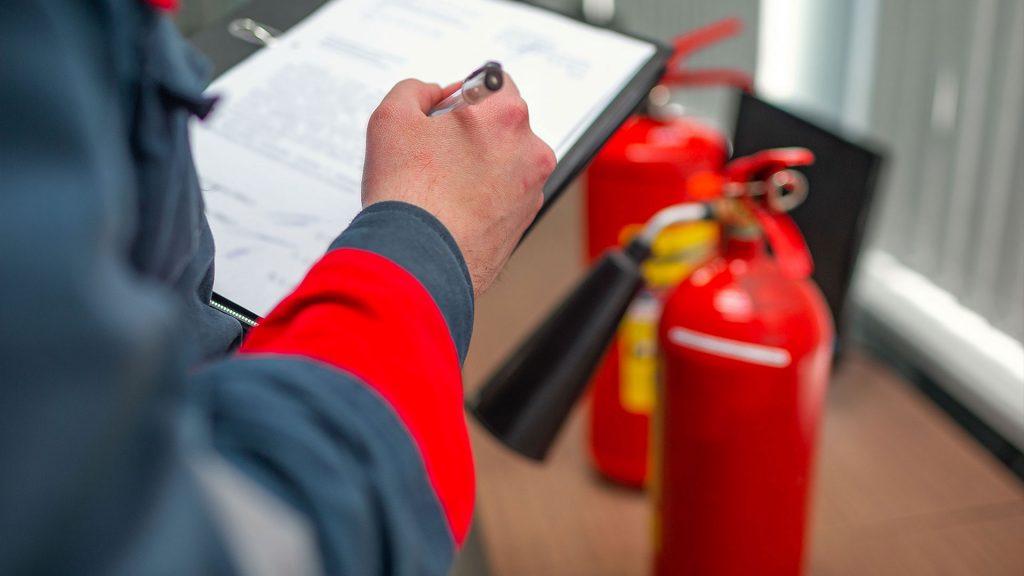 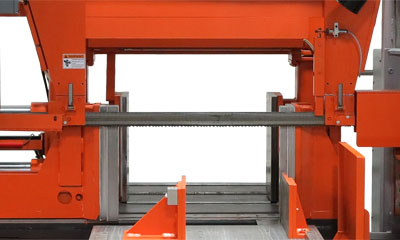 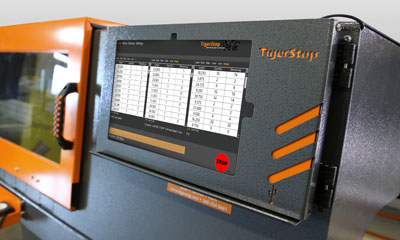