An important piece of equipment speeds production while reducing costs

Rod Brakhage, owner of the Wheeldock company, believes in his ironworker. So much so that he says, “We abuse it a lot, really a lot. Knowing this, if the machine snaps in half some day, I’d replace it with another one just like it in a heartbeat. I wouldn’t even consider another competitor’s machine after the service we’ve gotten out of it.”

Brakhage’s journey from a tool and die maker building research hardware for a university’s college of engineering to an inventor who makes his own product is an interesting one. Along the way he learned a lot about manufacturing and how to save costs.

“I invented a motorcycle wheel chock about eight years ago, received a patent on it and began manufacturing them,” he says. “Actually, the first year in business I outsourced the manufacturing and did the marketing. We sell a lot of them, and I decided to manufacture them myself the second year when I bought my first Scotchman Ironworker. Then we added to our product line several years later with a center stand for a Harley-Davidson motorcycle, which we sell worldwide through distributors, while we sell the wheel chock direct.”

In his product development, Brakhage needed to solve a couple of problems. One was to haul a motorcycle without compressing its suspension. The wheel chock he came up with allows a motorcycle to be moved without using any straps and without the suspension being compressed.

“It’s a completely different wheel chock than anything on the market. It’s easy for the motorcycle to get in and out of it. It locks from the backside of the front tire with a gas cylinder that has 260 pounds of force on a shoe that comes up and clamps from the back of the tire. There is zero setback. You can actually set the motorcycle’s front tire against a wall.

“When a short trailer or a pickup is used, the motorcycle can be placed all the way into the front of the bed. The chock works freestanding without being bolted down, and it comes with mounting hardware for a trailer. It’s a cool product, and I compete favorably with the Chinese in price while offering a lifetime warranty,” he mentions.

Brakhage knew that he needed an ironworker to produce his products. “We looked at several different ironworkers and had demonstrations on them. But I was somewhat familiar with the Scotchman equipment, because the company that I outsourced to for the first year of manufacturing had two of them, and they were already forming the parts on one.

“When I compared the features, and the way they work with their unique over arm and the ease of changing from a punching to a shearing operation and then to bending, there was no comparison as to whose machine was the best fit for my processes. Also the way that the over arm works on the Scotchman allows us to use our 12-in. brake die on it that’s used for 75 percent of our operations,” he mentions.

He adds, “The interesting thing about this ironworker is that we abuse it. Instead of setting the electronic stops, we use hard stops, because it’s faster for us, since we change jobs about every 30 minutes. So we run it until the hydraulic bypass valve opens, which is not recommended, but we do this to save time. So we abuse the snot out of it. But it’s been a real rock star for us.”

Although the ironworker can shear, Brakhage now has his material precut by a laser. But all the parts are punched and formed on the ironworker.

“A keyway is punched that’s pretty large, it doesn’t max out the equipment, but it works it pretty hard,” mentions Brakhage.

Brakhage uses it in two areas of our shop. He has it sitting on a large heavy-duty dolly that allows him to unplug it and roll it over to another area. It sees a lot of duty throughout the shop, he says.

They’ve worn out the tips of dies and then welded them up and reshaped them to get the proper dimensions back. This is easy for Brakhage, with his tool and die maker background and plenty of experience with tooling.

He also mentions that the service from Scotchman has been great. “When we need replacement dies or little things that wear out, I call Alvin at Scotchman. He knows us and gets the parts that we need out that day. I’ve found that Scotchman’s service parts are high quality but inexpensive. I’m also dealing with an American company that for me, means an awful lot.

“They even supply me with a special key punch that is ground specifically for one of my operations. When I need them, Scotchman gets them to me within three days.”

Brakhage says that the Scotchman ironworker is everything that he thought it would be and then some, because producing his parts any other way would be very difficult.

As to the machine’s maintenance, Brakhage remarks, “We’ve only changed the hydraulic oil once in seven years. We’ve greased it, but that’s about the extent of the maintenance we do.

“Scotchman is a great company, and it’s somewhat of a no-brainer to be working with them.” 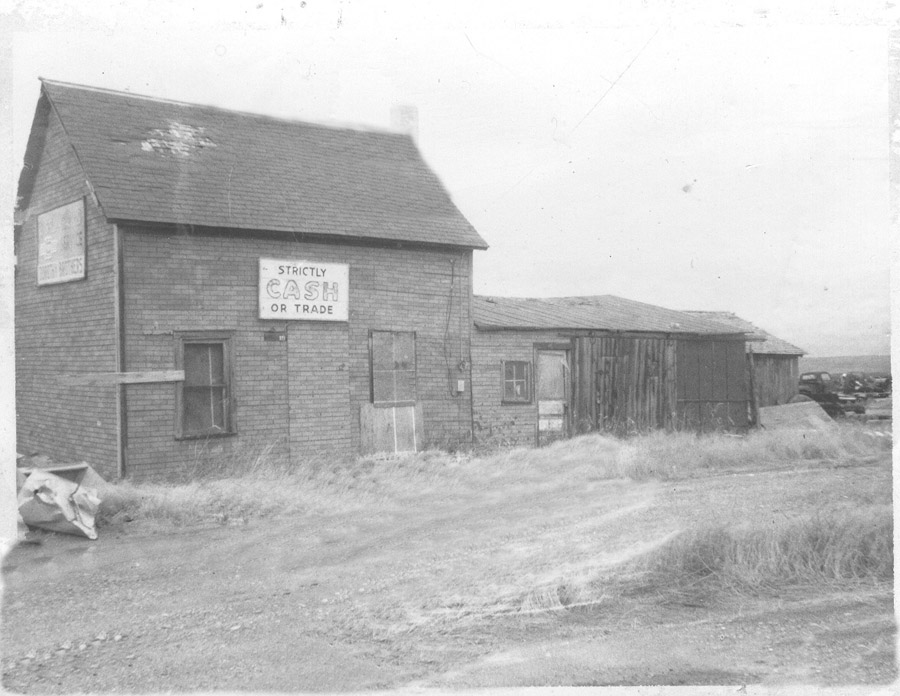 Ironworkers
Half-century celebration
How Scotchman Industries grew from humble beginnings in a tiny town to celebrating 50 years in business
Feb 07, 2017 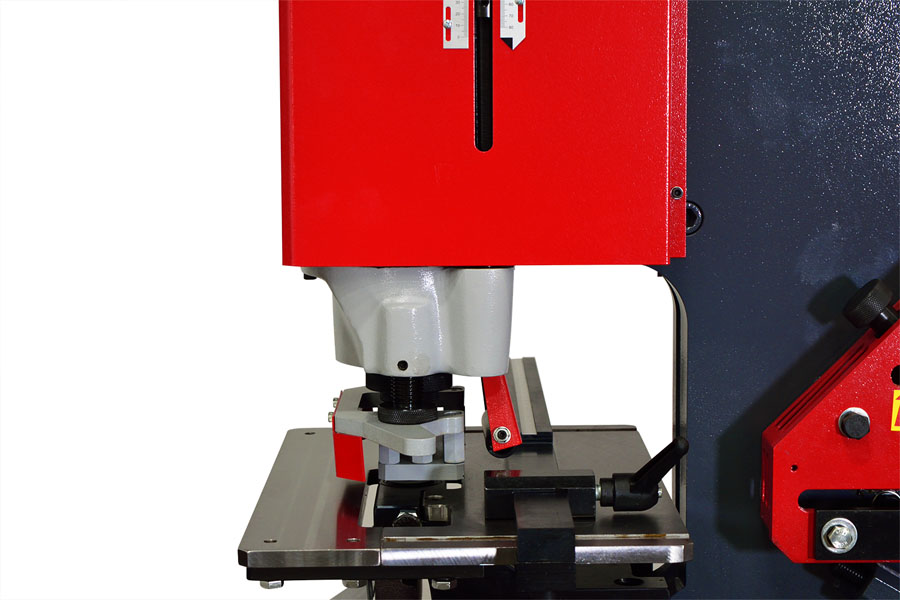 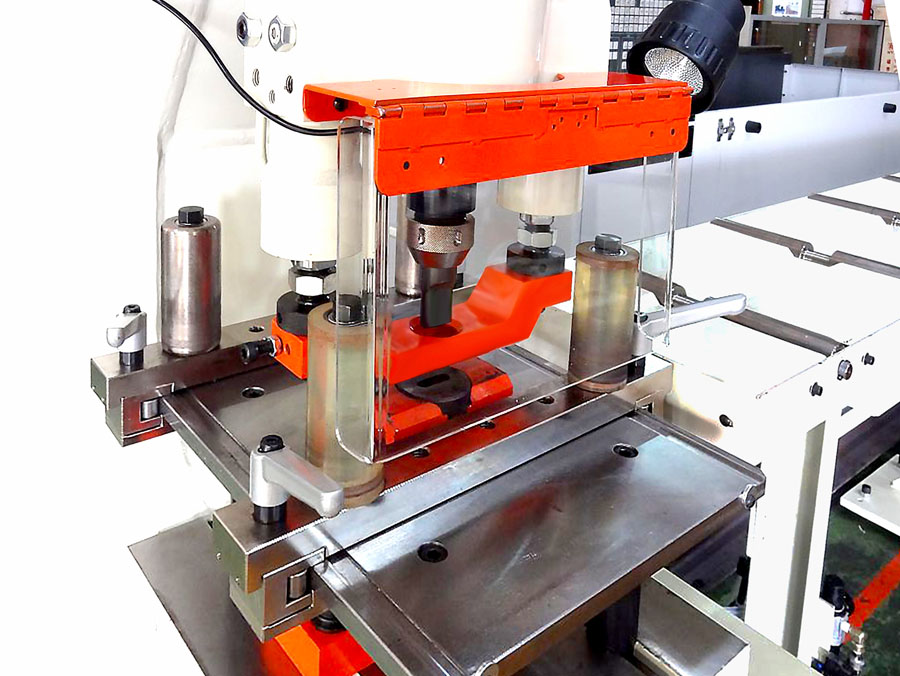 Ironworkers
The Ironworker: An Old Friend, At Work and Going Strong
These workhorse machines can perform a lot of tricks, with CNC or custom tooling adding to their range.
Aug 26, 2015
Search
Subscribe
Categories
Magazines