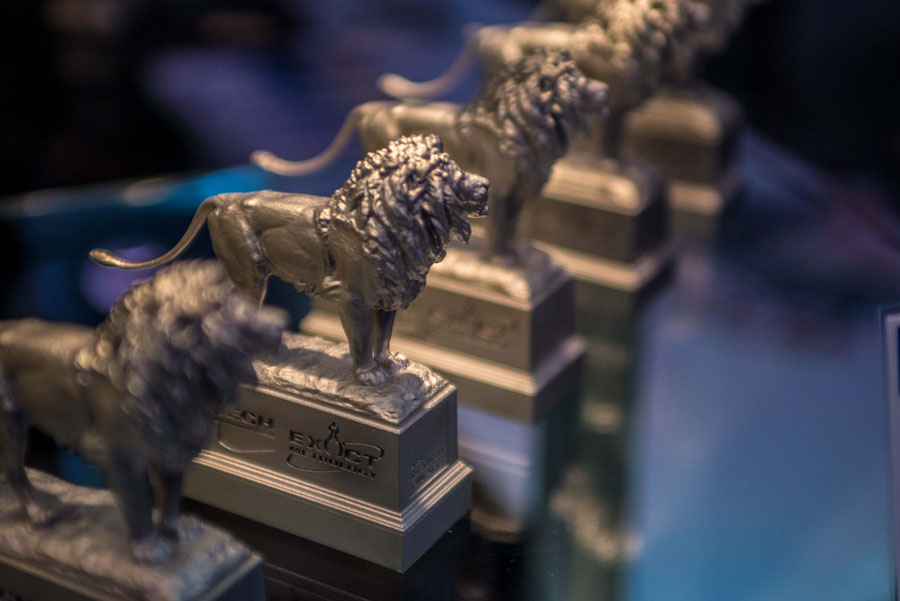 For 121 years, sculptor Edward Kemeys’ 2-ton, 9-ft. bronze African lions have served as flanking guardians at the Michigan Avenue entrance of the Art Institute of Chicago. They’ve become Chicago icons – symbols of strength and pride that Chicagoans hold near and dear. Fittingly, a number of fortunate attendees of the 2015 Fabtech show, held in Chicago Nov. 9-12, took home a little piece of the town – 3-D printed scale replicas of the lions.

While the process of scanning the lions and the 3-D printing of the more than 200 scale replicas served as a valuable marketing effort to gain more public interest in Fabtech, there is also an educational component behind the project.

John Catalano, co-manager of Fabtech, says 3-D printing in manufacturing is everywhere, and one can scarcely pick up an industry publication without seeing a headline about it. However, the core audience at Fabtech is comprised of people from small- to medium-sized shops, many of whom have yet to be exposed to or adopt additive manufacturing technologies.

Fabtech organizers wanted to show attendees the practicality of 3-D printing, and Catalano said the technology is increasingly the topic of conversation in manufacturing.

“We feel it’s our obligation to bring this to the forefront to a group of people who have not been exposed to this in the past,” Catalano says of many Fabtech attendees. “We looked at this as an opportunity to inform our audience and give them some information and some practicality.” 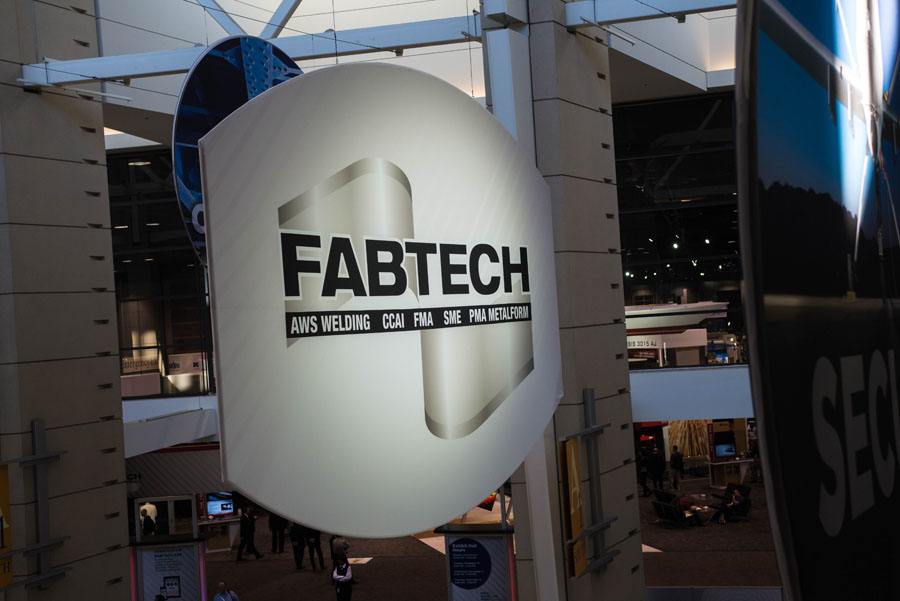 Fabtech 2015 was held in Chicago at McCormick Place, the largest convention center in North America, from Nov. 9 through Nov. 12.

Catalano says the project, which involved printing 200-plus, 4- and 5-in. plastic lions and a handful of scale replicas made of metal, necessitated bringing in scanning and printing experts to pull it off. However, they first had to work with the Art Institute to get permission to scan one of the lions to get every detail of them accurately recorded and ready for printing.

Fabtech organizers got the all clear from the Art Institute, and in mid-September, Exact Metrology brought in their 3-D scanning equipment and went over every millimeter of the 9-ft. sculpture, making a highly accurate and detailed, quality 3-D scan. The Surphaser equipment Exact Metrology used to scan the lion offers high scanning speeds and exports clean and accurate datasets.

The data processed during the 4.5-hour scanning process was passed on to Met-L-Flo, a Chicago-based additive manufacturing company, which took the information and applied one of their manufacturing methods called stereolithography to replicate the lions in plastic materials.

“He’s really the first person we thought of,” Catalano says. “He knows the technology and he’s Chicago-based.”

Dekker says his company spent a few weeks manufacturing the 200-plus plastic replicas. The metal replicas, which were built by Linear Mold & Engineering, took about 40 hours to complete. Finally, after months of planning, scanning and printing, the miniature lions were unveiled on the first day of Fabtech. Attendees were urged before the conference to take part in a competition to win one of the lions.

The competition involved Fabtech attendees showing their “pride!” in videos, pictures and testimonials that proved to organizers how proud they were to take part in the industry, work with their coworkers and be a part of Fabtech 2015. Winners in four categories – most creative, most humorous, most thoughtful, most enthusiastic – took home scale replicas. Others were given out to attendees through the four-day event. 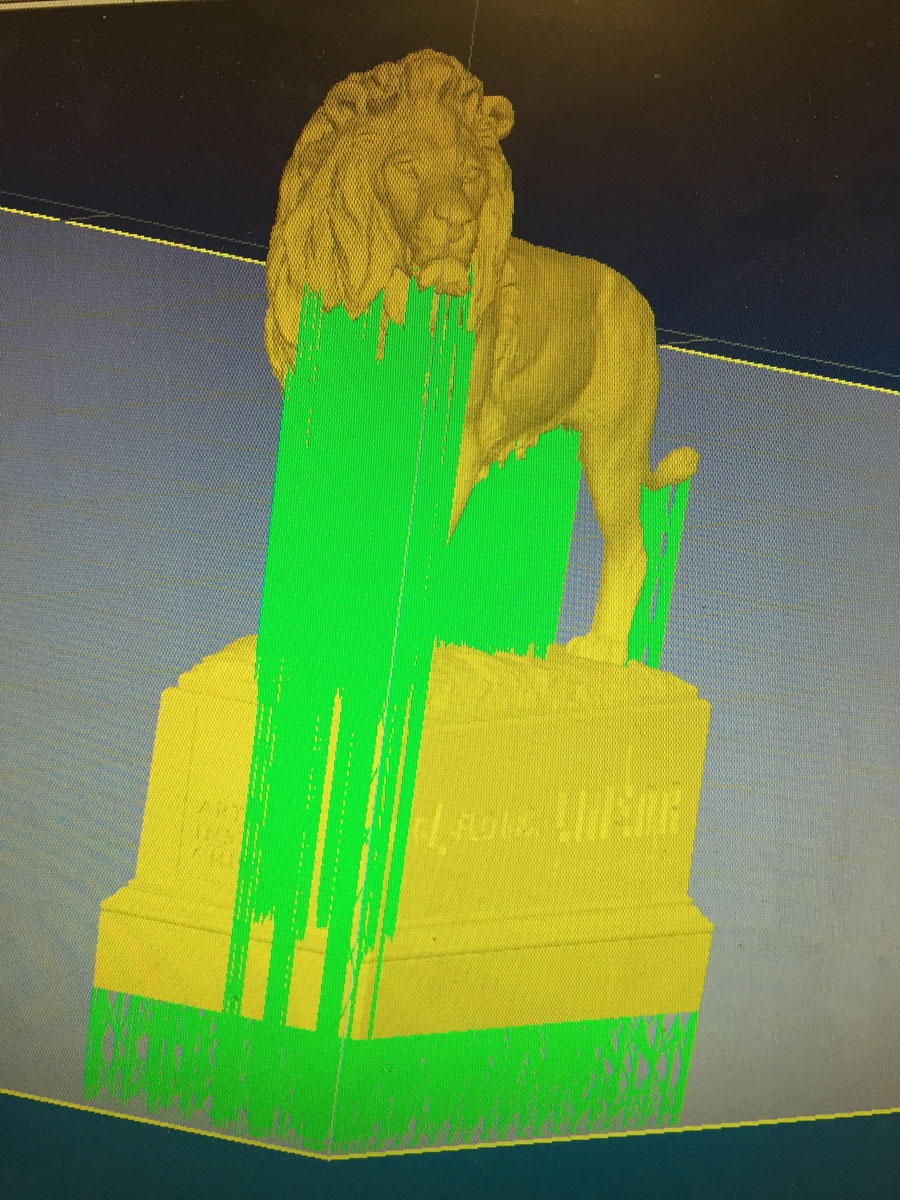 Exact Metrology, a company based in the Chicagoland area, brought in its 3-D scanning equipment to make a detailed scan of the 9-ft. bronze lion sculptures.

To build the plastic lions, Met-L-Flo utilized liquid plastic, which was selectively cured by lasers. A second technology, used by Linear Mold & Engineering, utilized a metal powder bed that was melted/welded by a laser, layer upon layer, to build the metal scale replicas.

“Taking an icon like this, the lion,” Dekker said in September during a news conference held at the time of the scanning, “which has been here for over 100 years, is just an awesome way to be able to express what these technologies can do and how to take them forward.”

Dekker also took the opportunity at the news conference to clarify that while “3-D printing” is the most commonly used term to describe additive manufacturing, it’s just one of seven methods through which scanned items are reproduced.

“I wouldn’t say anything is in mass production,” Dekker says of how they’re currently using additive manufacturing technology. “People are taking advantage of the design freedoms that are allowed; you’re creating a geometry you couldn’t create before.”

The company’s roots go back to 1969 when it was established as a consulting firm for the metal forging industry. Today, Met-L-Flo works with, among others, the aerospace industry, healthcare, and gas and oil industries, and also produces some products that are defense-related. The parts are created through 3-D printing, SLA, SLS, FDM, direct metal and polyjet. Furthermore, Met-L-Flo casts silicones, metals, urethanes and elastomers. 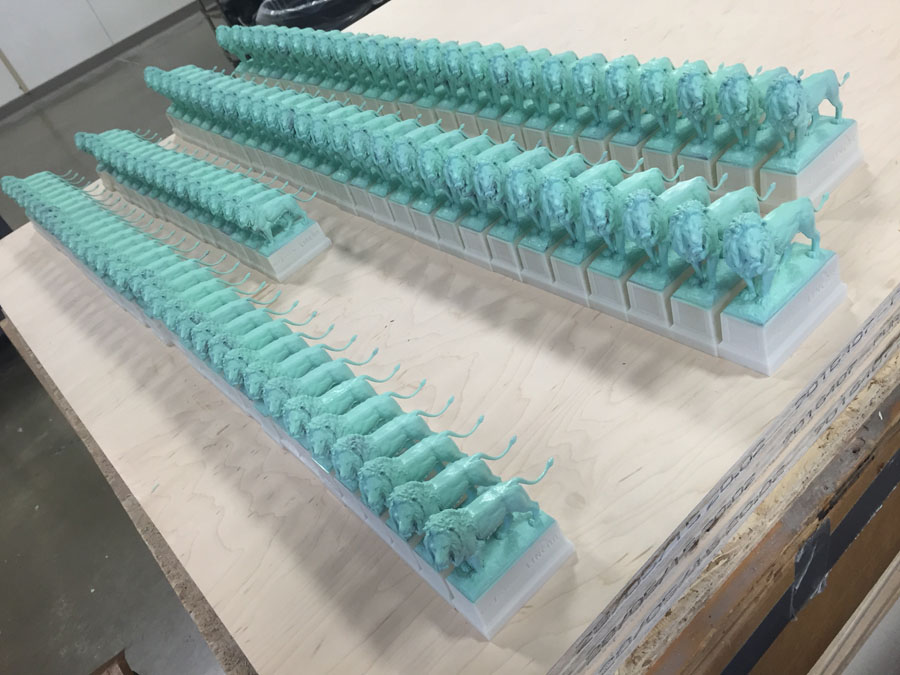 The process of scanning and 3-D printing the iconic Art Institute lions resulted in the production of more than 200 scale replicas that were distributed to attendees at Fabtech 2015.

As for the future of additive manufacturing, Dekker says there are some events unfolding on the horizon, including open-source machines that are in development and slated to come out soon.

“We’ll start seeing impact from your non-status quo suppliers,” he says. “That might impact some of the cost and put more competition out there. It’s going to be a changing market for a while.”

Exact Metrology’s scanned data was also passed on to Linear Mold & Engineering, the company that created the metal lions. Founded in 2003 in Livonia, Mich., Linear utilizes several pieces of equipment in its additive manufacturing process, including EOS models M270, M280 and M290. They use a technique whereby a computer-controlled laser builds structures, layer by layer, in their rapid prototype manufacturing process.

Linear announced in June that it was expanding its metal printing of production parts for OEMs and Tier 1 suppliers in the medical, aerospace and automotive markets. To keep up with demand, the company brought in two additional M290 printing machines and two dual-laser SLM machines, bringing the total number of additive manufacturing machines to 14. 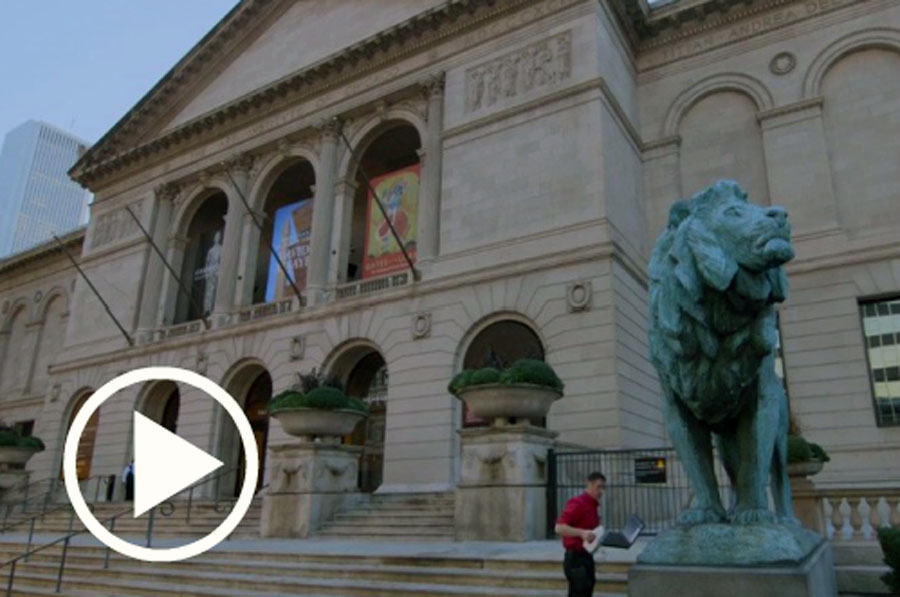 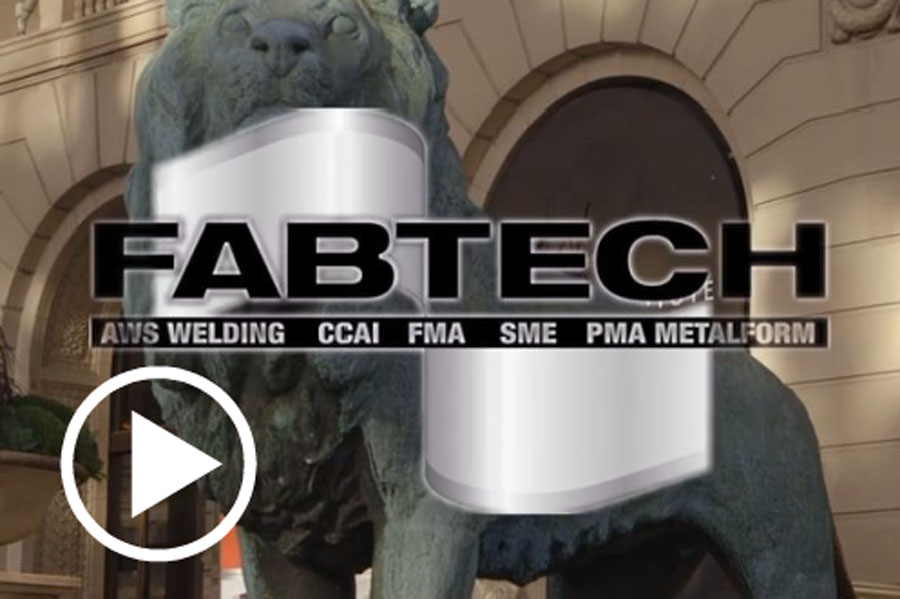 Expect to see more additive manufacturing-focused companies at future Fabtech shows. Catalano says that while the number of companies displaying equipment at the show pales in comparison to more traditional fabrication machines, they doubled the number from last year.

“It was something we saw on the horizon,” Catalano says, “and we really wanted to bring it to our audience.”