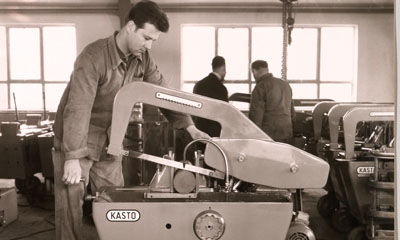 In 1844, Samuel Morse sent the first electrical telegram. That same year, one of the world’s most famous philosophers, Friederich Nietzsche, was born in Germany. It was also in 1844 that the Kasto workshop was established by carpenter Karl Stolzer in Achern, Germany.

Still thriving 175 years into its existence, Kasto has grown into an international company and one that has always been owned and operated by a Stolzer descendant. (Fun fact: The company name is derived from the “Ka” in Karl and the “Sto” in Stolzer.)

Today, Kasto is known for its automated material handling solutions and industry-leading sawing technology. This is a world away from the company’s much humbler beginnings as a carpenter’s workshop in the mid-19th century.

Starts with a Vision

Stefan Dolipski, vice president of Kasto Inc., says Stolzer was a “forward-thinking carpenter who was also a visionary – not just with carpentry, but also during the company’s transition into a machine building business.”

As a carpentry operation in its early years, the company created roof trusses and saw gates made of wood and iron elements. Over the years, Stolzer’s intuition propelled the company to evolve into a producer of water wheels and weaving looms as well as mills and paper machines. Expanding the company’s capabilities to build saw mill machines and later, timber mill machines, laid the groundwork for the company’s long-term success.

When Stolzer passed away in 1891, his son, Carl, took over the company and began making saw gates of cast iron. It was Carl who brought the company through the devastating effects of World War I, which ended in 1918. Surviving the war wasn’t easy, as the family had to sell plots of the company’s land to get by.

Carl’s sons, Friedrich and Karl, took over for their father with Friedrich managing the production of rolling gang saws and saw machines. During that time, the first Kasto patent was created for a saw gate. Unfortunately, Friedrich died in 1941 as WWII was picking up steam. His wife, Anna, took over and is credited for getting the company through the war. Her sons, Friedrich and Paul, eventually took over the company, and it was under their management that the company realigned to focus on metal saws.

“The ability of the company to remain in business this long and still be at the top of the industry as far as technology is concerned is a high standard to achieve,” Dolipski says. “It shows that the company is industry leading and that they’re not interested in just making a quick profit and then disappearing,” he adds.

“For being 175 years, the company still looks pretty young – it’s as if it never ages. I’m excited for what the next 175 years are going to bring.”
Stefan Dolipski, vice president, Kasto Inc.

After being in business for more than 100 years, Kasto produced and patented the first metal hacksaw. The year was 1947, and it would mark the transformation of the company into a premiere industrial sawing manufacturer. In 1952, the metal hacksaw was presented at Hannover Messe in Germany, one of the world’s largest trade fairs.

Kasto eventually took on series and volume cutting production of hacksaws, and in the 1960s, it took on the production of circular saws. This led to mechanizing bar stock storage followed by material handling in the early 1970s. The company introduced the bar stock storage and retrieval system at that time, and the system featured a portal operated gantry crane to handle and transport self-supporting cassettes with integrated sawing machines.

Dolipski says Kasto has always been an early adopter of new technologies as they emerge. “When new technology comes out,” he says, “Kasto incorporates it and makes it more efficient for its products.”

The push to innovate continues to this day with fifth-generation Armin Stolzer, his wife Ruth Stolzer and their daughters and spouses who also hold leadership roles in the company. Under their leadership, Dolipski says the company is working to develop new technologies, including a fully automated sheet handling system where human interaction is extremely limited as well as software solutions that fit the needs of today’s digital world.

“We’re also working on new sawing systems with the same automation principle of limited human interaction,” he says. “The operator has to put the bar into the system, but the next time somebody has to touch it again isn’t until the fork lift comes to pick it up and put it on a truck. We do full-scale automation, including packing and labeling – whatever is needed.”

“When new technology comes out, Kasto incorporates it and makes it more efficient for its products.”
Stefan Dolipski, vice president, Kasto Inc.

As part of the 175th anniversary celebration, Kasto is seeking out the oldest Kasto saw still in use today. Those using Kasto saws built prior to 1980 can submit a photograph of the saw and the nameplate to 175@kasto.com. All entries will be rewarded, and the winner will receive a special grand prize.

As the contest shows, history is important to the Kasto family. Karl Stolzer’s carpenter’s hatchet is among the original tools that survive today at the company’s headquarters in Achern. The city of Achern’s ancient police department features some of Karl’s carpentry work, as well.

“For being 175 years old, the company still looks pretty young – it’s as if it never ages,” Dolipski says. “I’m excited for what the next 175 years are going to bring.” 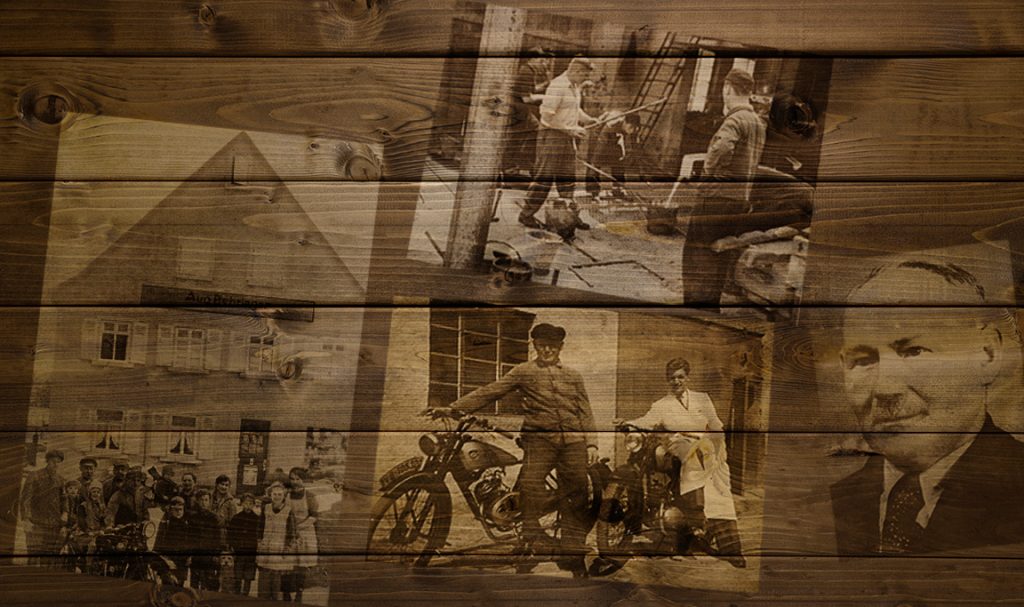 For CEOs
Centennial Celebration
A German saw manufacturer planted roots in a village in 1919 and grew into a worldwide supplier
Aug 07, 2019 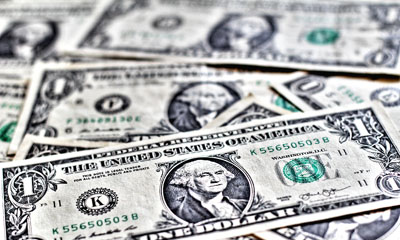